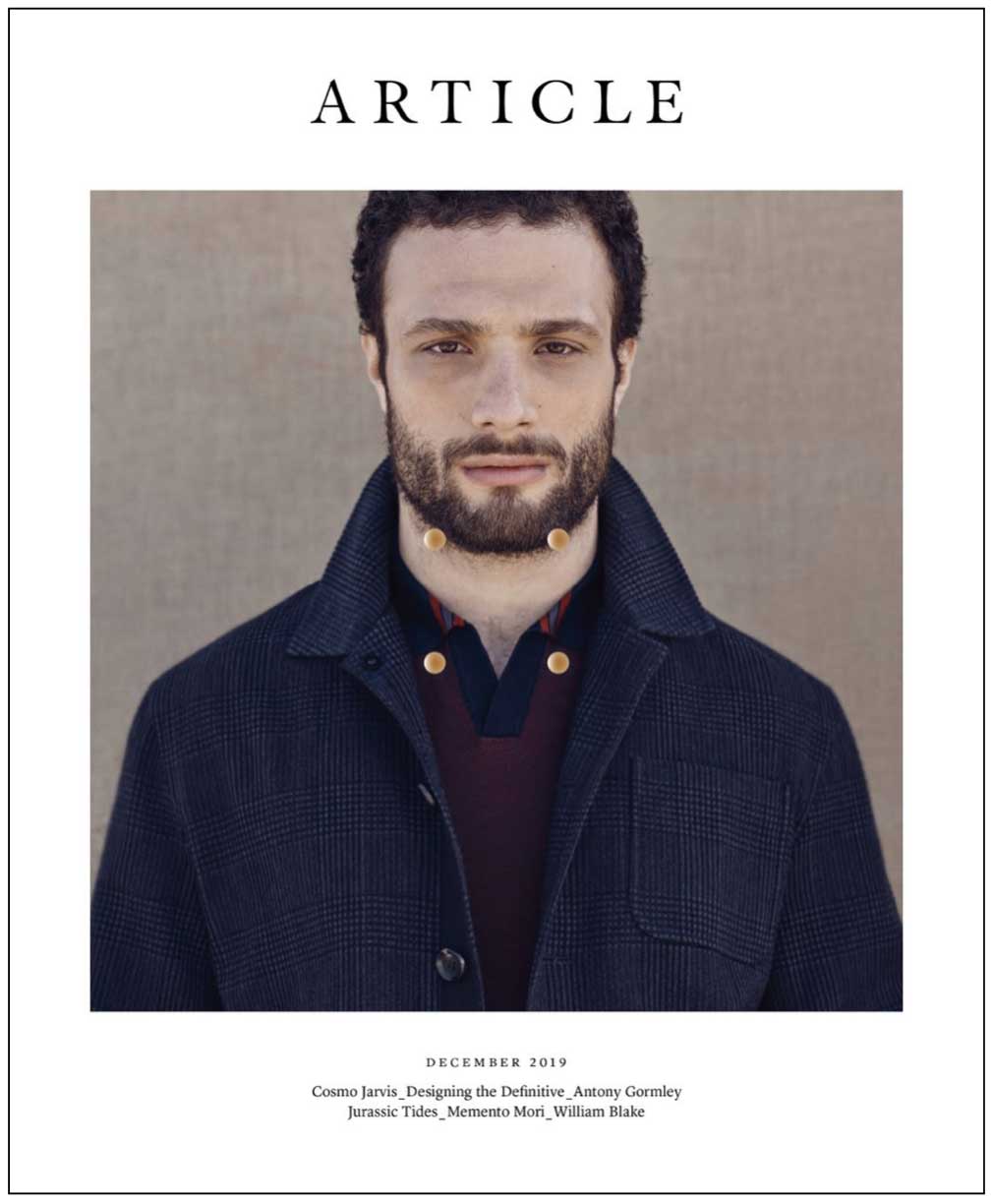 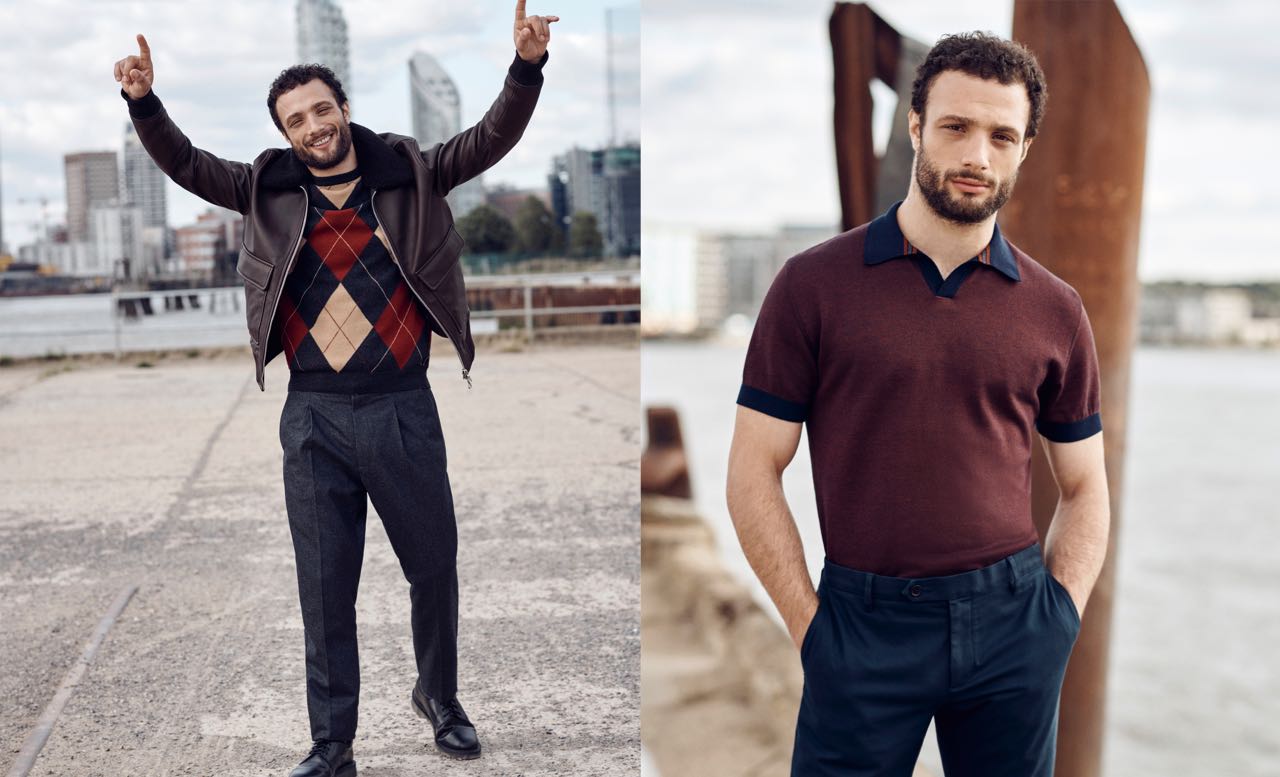 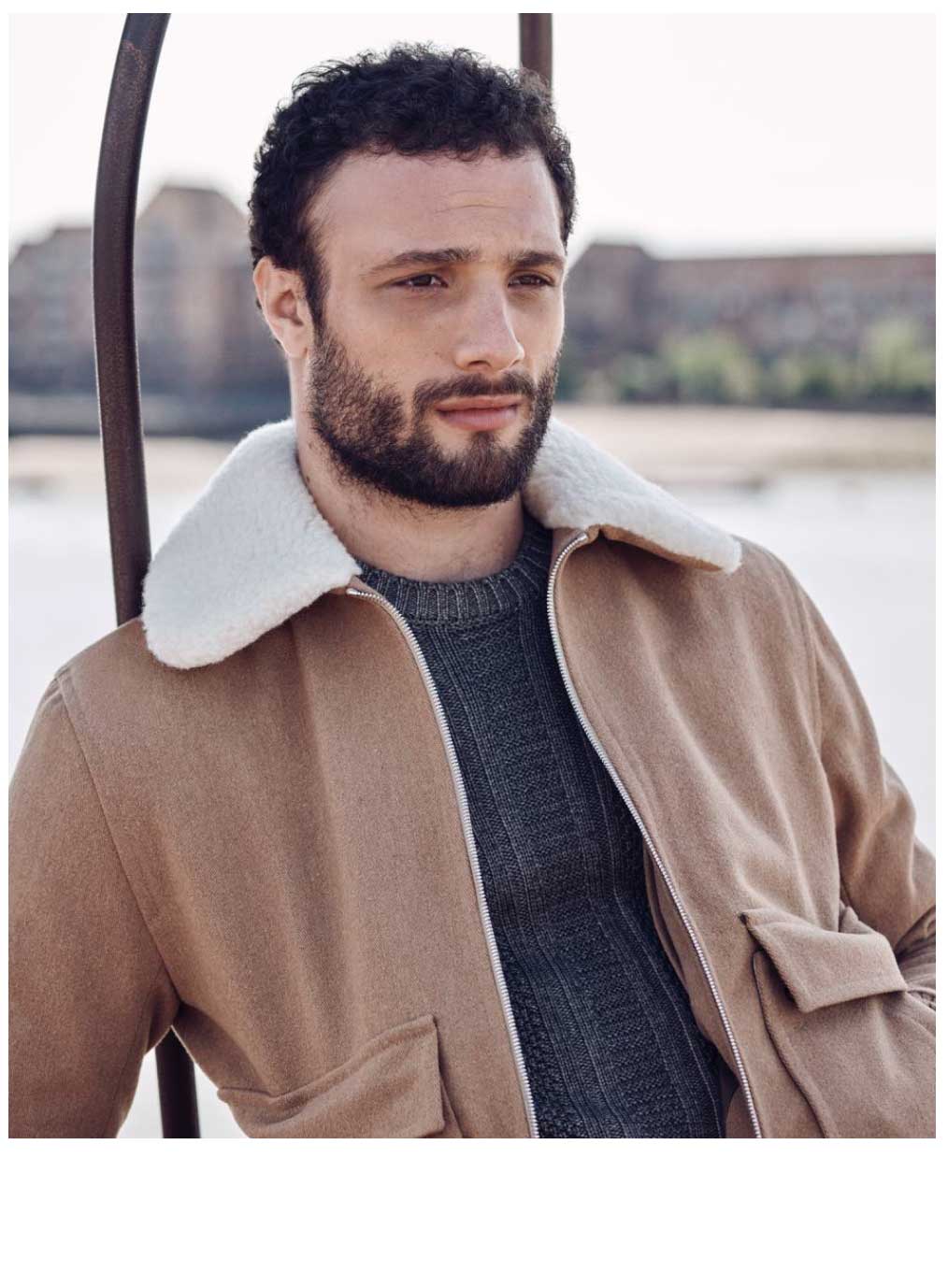 In 2017 Jarvis was nominated Most Promising Newcomer at BIFA for Lady Macbeth; his portrayal a beguiling mix of danger and innocence. Watching Jarvis is mesmerising. There are some actors with whom you feel compelled to watch and see what they will do next – Jarvis is one of these.

Trisha D’Hoker: I’ve just watched Lady Macbeth and I am convinced you must play Heathcliff one day. You have this raw, conflicted energy that is explosive yet contained. How do you approach characters like that? A character with so much more going on inside than is apparent on the outside?
Cosmo Jarvis: Everybody has a lot going on inside I think, even if it’s relatively very little. I guess the characters that screenwriters/authors write about have been deemed worthy of narrative exploration or study by them because they already have, or go on to develop, a particular conflict throughout their narrative exploits. I guess the experiences of one’s own life so far are called upon to set about creating some gauge of severity, both mental and emotional, of human internal conflict in general and the symptoms/consequences it has had and may plausibly go on to have on one’s own character and behaviours. Then, after becoming as fluent as possible with the practical, environmental, aesthetic and circumstantial details of the character, use the gauge to aid in the attempt to accurately live their narrative.

TDH: How did you get in to film?
CJ: I always wanted to be an actor, but there were no realistic opportunities or means available to me where and how I grew up. Both my brother, Fletch, and I ditched school as soon as we could at sixteen to work in an international touring band. We used to make short films together during that time. We made our own music videos and then earned a little extra cash making them for other local bands. We then went on to write and make a feature-length film called The Naughty Room. My brother, who was the production designer (among many other positions – everybody went from grip to sound recordist to script supervisor) and I edited and scored the whole damn thing. Then we starred in it and local mates were also cast. It was really tough. We made the film for next to nothing, with some blood sweat and tears thrown in.
It was shown on the BBC twice and was received surprisingly well among critics and audiences. The film gave me somewhat of an official-looking IMDB credit and a small amount of press, which was enough to make up for not having the money to put myself through some tertiary dramatic institution or having any nepotistic channels to ‘get in’ to the industry. It was enough for me to begin (and I hate using this word in this context) the ‘hustle’ to become a working actor. I ditched my ‘buttfuck’ place of origin (no offense Devon, just not a lot going on), headed to London and began knocking on agents’ doors and directing them to the film and the shorts we had made. Eventually, I got my first agent, started auditioning for whatever I got thrown and started gradually to get a few small jobs. I’ve just been trying to work hard since then. As has my brother who has simultaneously been grafting through the ranks of the Art Department and has been consistently working. It has been, and continues to be, a gradual burn of a graft for both of us. 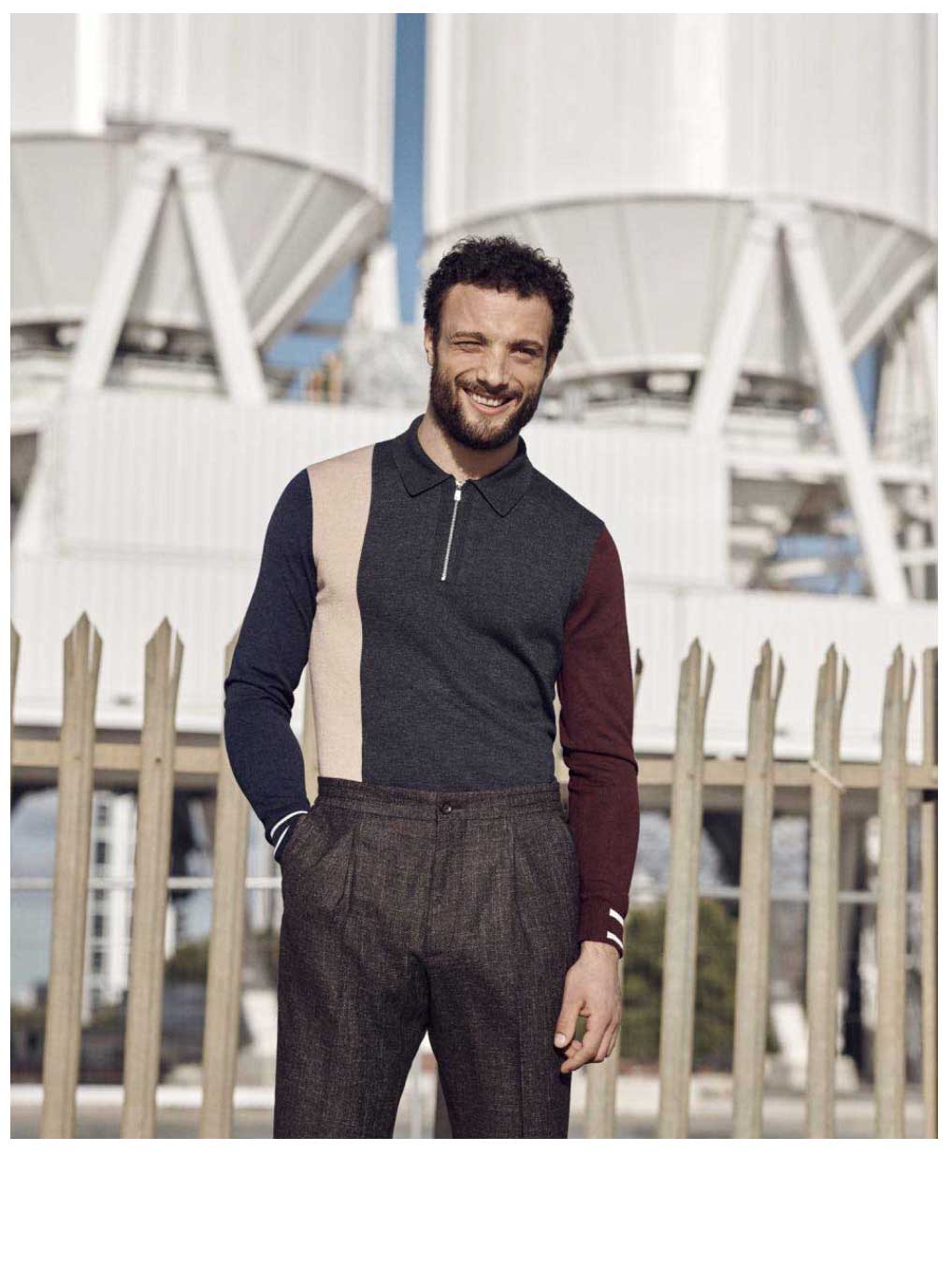 TDH: What are your favourite films?
CJ: There Will Be Blood, Lawrence of Arabia, Fargo, Star Wars (before Disney), Stand By Me, Field of Dreams, Green Book, Wings of Desire, Being There, King of Comedy, Manon des Sources, My Left Foot, Big, Space Odyssey 2001, Scarecrow, The Big Lebowski, The Master, Notre jour Viendra, Hook, Being John Malkovich, Sideways, One Flew Over The Cuckoo’s Nest, Scent of a Woman, Song of Granite, Observe and Report, No Country For Old Men, The Truman Show, Spinal Tap, Antichrist, The Mule.

TDH: What, if anything, has surprised you about making films?
CJ: I am constantly surprised by the infinite number of ways a scene I once read on paper can pan out during filming. Plus the ingenious methods which crew members and departments employ to add to that dynamic. I’m sometimes surprised by issues with bureaucracy and protocol that restricts creativity and restrains the best bits about film making. Budgets vary a great deal which means you’re either lacking things or it can feel a bit excessive. I'm surprised by both the welcome and unwelcome unpredictability involved with the job. I’m surprised by the great stories I get to read. I’m surprised by the wonderful characters and people that I have the privilege to work with.

TDH: How was it joining the cast of such a well-established and popular series like Peaky Blinders? What drew you to the role and did you have any apprehensions before joining a big ensemble cast?
CJ: The series itself, the time it takes place in and Barney as a character - all were full of wonderful research opportunities for me. Learning about shellshock and being able to hunt for videos featuring victims of that war was something I really loved to be able to dig around in. I enjoy research anyway but learning about the great wars and seeing what these young men were reduced to, what they were really made of, made me quite proud of what England had been in the past. The way people got on with things in those days, the pragmatism, humour and resilience of the place and time. I also found digital recordings from the 1920s which showed the difference between the speaker’s relationship to the words they spoke compared with that of today. Little things. I felt honoured to be given a chance to portray one of these brave, institutionalised souls. It was also a great privilege to be able to work with Steven Knight's (the writer and creator) dialogue.
Yes, initially I had plenty of apprehensions. It turns out Cillian (Murphy) is one of the most professional, gentle and genuine dudes that anyone could ever hope to encounter. Once we started filming, all of those anxieties fell away. Our director, Anthony Bryne, was also a pleasure to work with. We just got on with it. The crew I had contact with was all tightly knit and a long-established band of talented brothers and sisters and their work ethic and relentless flow was an essential, infectious joy to be around. Even during my brief stint, the feeling of camaraderie was palpable. I felt really proud to be part of such a fantastic group of people. 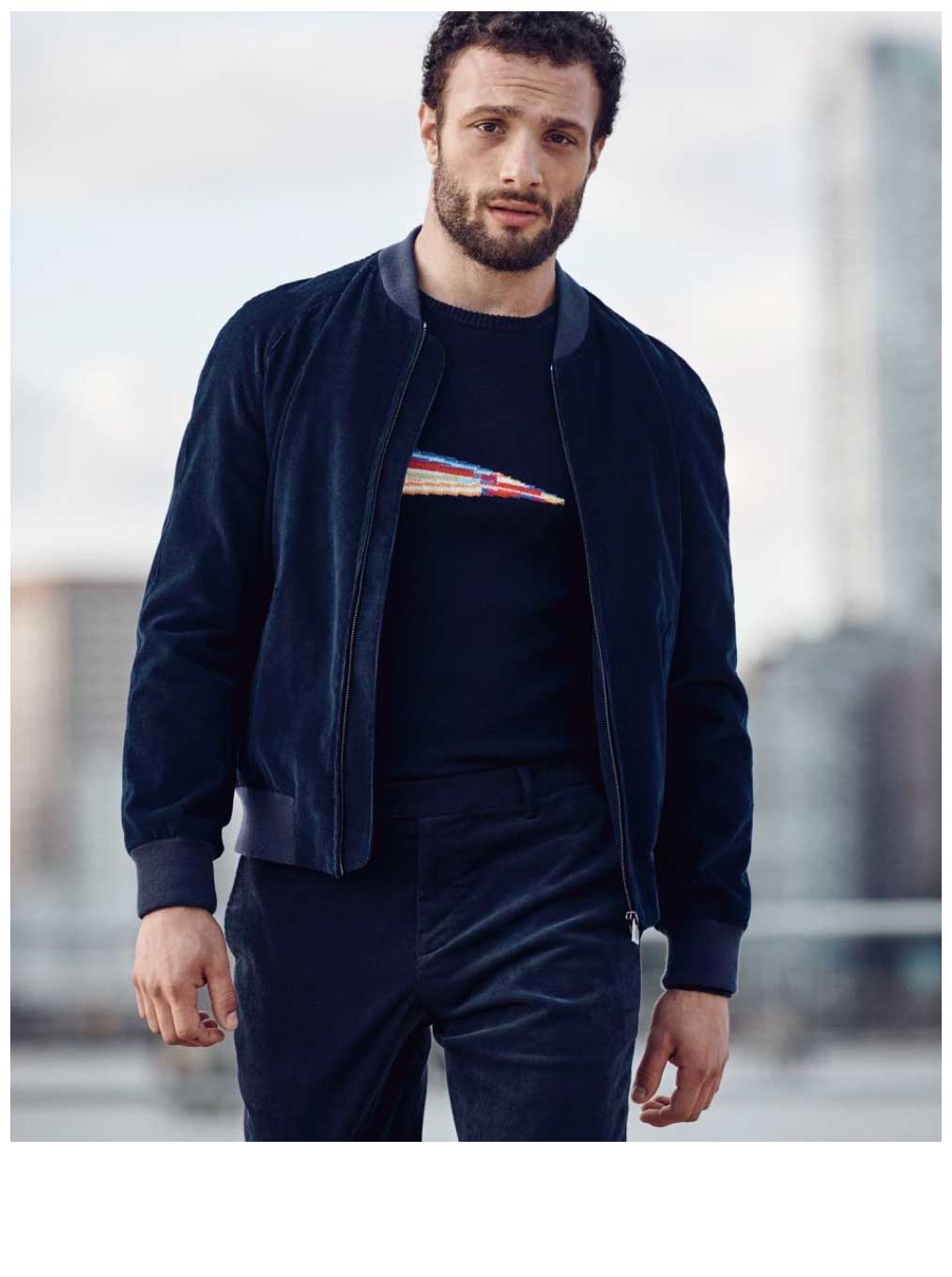 TDH: Can you tell me about your role in Calm with Horses and what attracted you to the script?
CJ: Firstly, the style of writing. It’s a rare thing to find a script in which linguistic identity is so solidly formed and style is so consistent throughout. Secondly, my character 'Arm' is a totally honest, agenda-less, un-politicised archetype that reflects a very real part of manhood that myself and many other men can identify with. I loved the idea of playing someone who'd never been morally inquisitive. I loved his misguided sincerity. Thirdly it was pretty darn cool that both the producer Dan Emmerson and the director Nick Rowland were both my age and as hungry as I was. That had never happened to me before so it really felt, destiny-wise, like this story was something we should all push for as far as we all could go.

TDH: You were in Toronto recently, how did you find the experience? Was it your first time at the festival?
CJ: Yes it was my first time there. I had an awful time. Though it was great to be representing the film for the first time - sending her off into the world and all. But imagine going to a beautiful, clean, peaceful city that you’d heard amazing things about - far, far away on the other side of the world - but having to attend various places located only within a three block radius of your hotel, all day every day for the duration of your stay. Imagine being at a film festival of that magnitude with that line-up for the first time and not being able to see any other movies because your time is booked up. I guess it’s part of the job! It was a pleasure to attend the premiere of Calm With Horses though, and be present to support the team as best I could. My agent Kim came with me because I suck at those things. Actually, nah, on second thought it was a real blast. It was nice seeing everyone again after so long.

TDH: What excites you at the moment in the industry, and what inspires you creatively?
CJ: The work itself, the prospect of future work and the forging of relations with directors who are as insane and as excessively obsessive about their creations as I am of mine.

TDH: What worries you?
CJ: Civilisation in general. Lack of availability of healthcare of the utmost quality for all who find themselves unfortunately existing on our planet and needing it. Technology’s implementation in society by those with nefarious or ignorant agendas. Facial recognition. Big data. Big pharma. The celebration of mediocrity. The demise of restraint and discipline. The ungovernable trajectory of the notion of ‘cool’. Man’s ignorant quest to occupy earth as something of a godlike character after devising that character and distinctly separating himself from it in the first place. Political correctness, the future, the past, my generation, sorbitol. Lights remaining illuminated in movie theatres because of health and safety; the effects of health and safety regulations on the common-sensical development of my yet-to-be-born children. Heights, yobbos, crazies, poorly constructed constructions, the mainstream in general. Spiders crawling into my mouth during sleep, toxic fumes, doing substandard work, most foods which include salmon or pickled watermelon. Having already committed to the wrong life choices and not knowing until the seconds approaching my demise. The possibility of God’s existence and therefore his judgment of me. The power of advertising on the suggestible, the disassembly and replacement of the finality of fact with the finality of mainstream opinion. Death, cancer, disclosing things in interviews which might be misunderstood.

TDH: What kind of stories are you drawn to?
CJ: Ones that I perceive to have roots in the inexplicable nature of the human condition or ones that are just downright well-crafted or inspire some feeling of wonder or some acknowledgment of the unified dissonance and disconnected harmony of life itself. Perhaps they are all the same kind of story. Stories that explore hope and hopelessness in equal measure or tales that abstract or fantasise things which I have noticed about life so far into something new altogether. Stories that raise questions or stories about very specific characters.

TDH: Do you have a story or stories you would like to tell one day?
CJ: Many. Too many. I am an old man. Where to begin? I’m working on stuff. 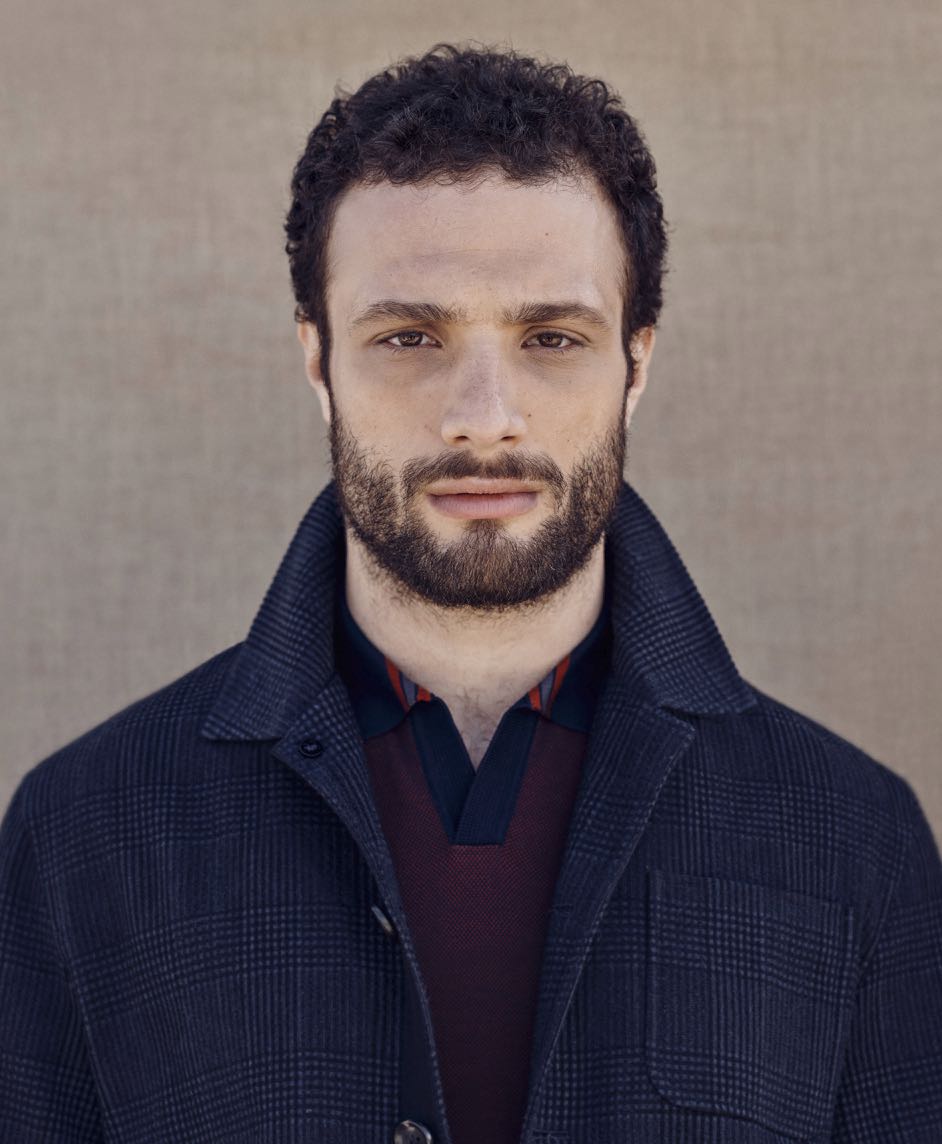