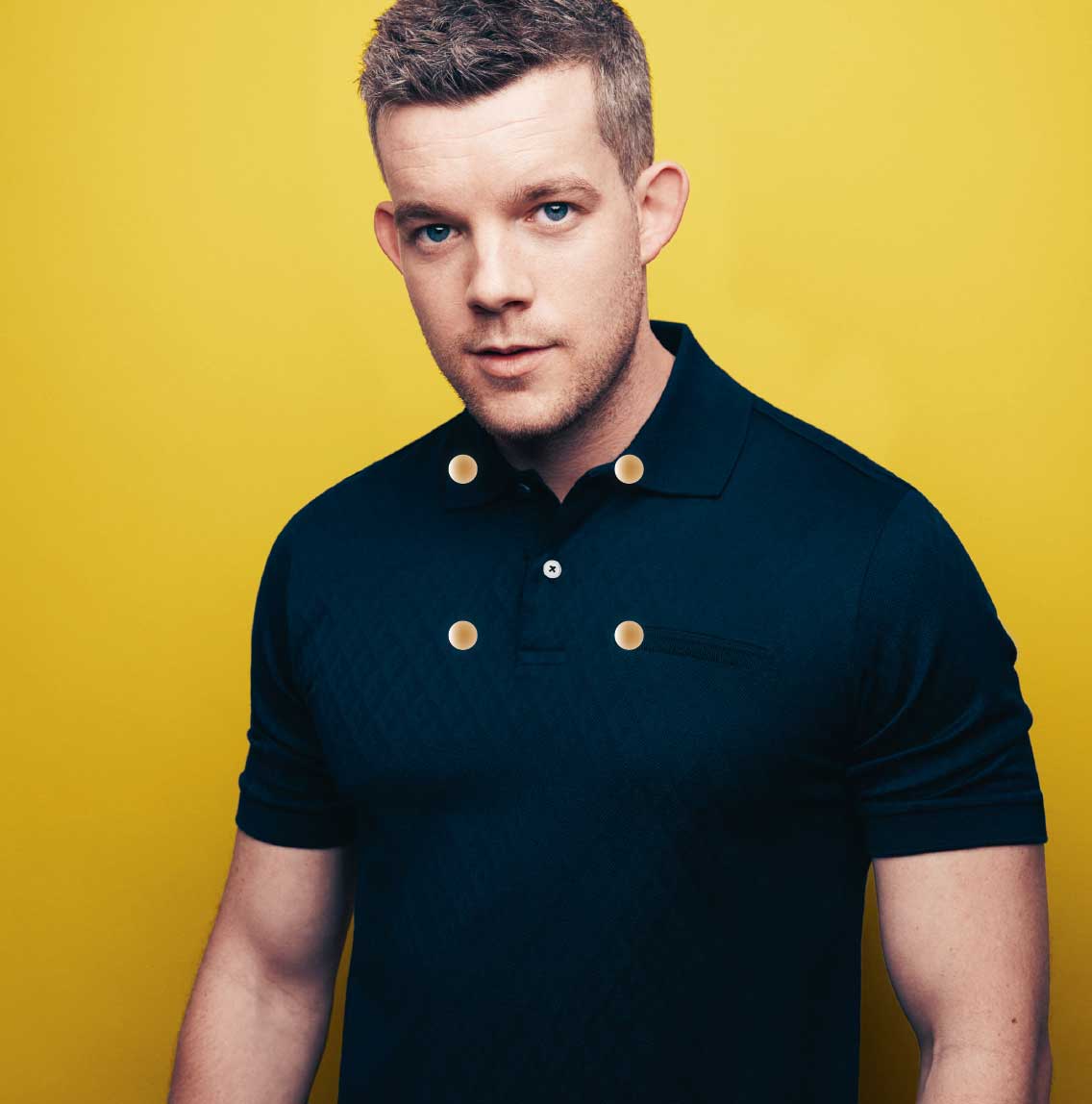 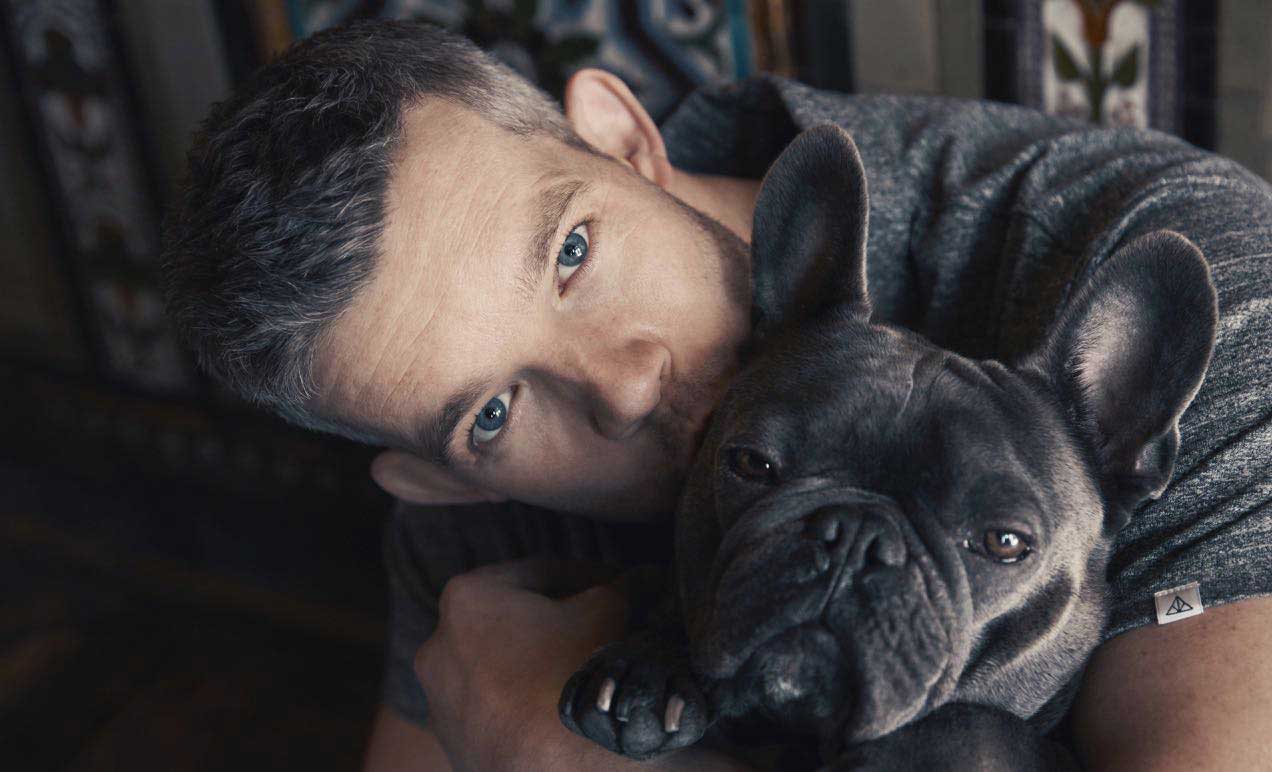 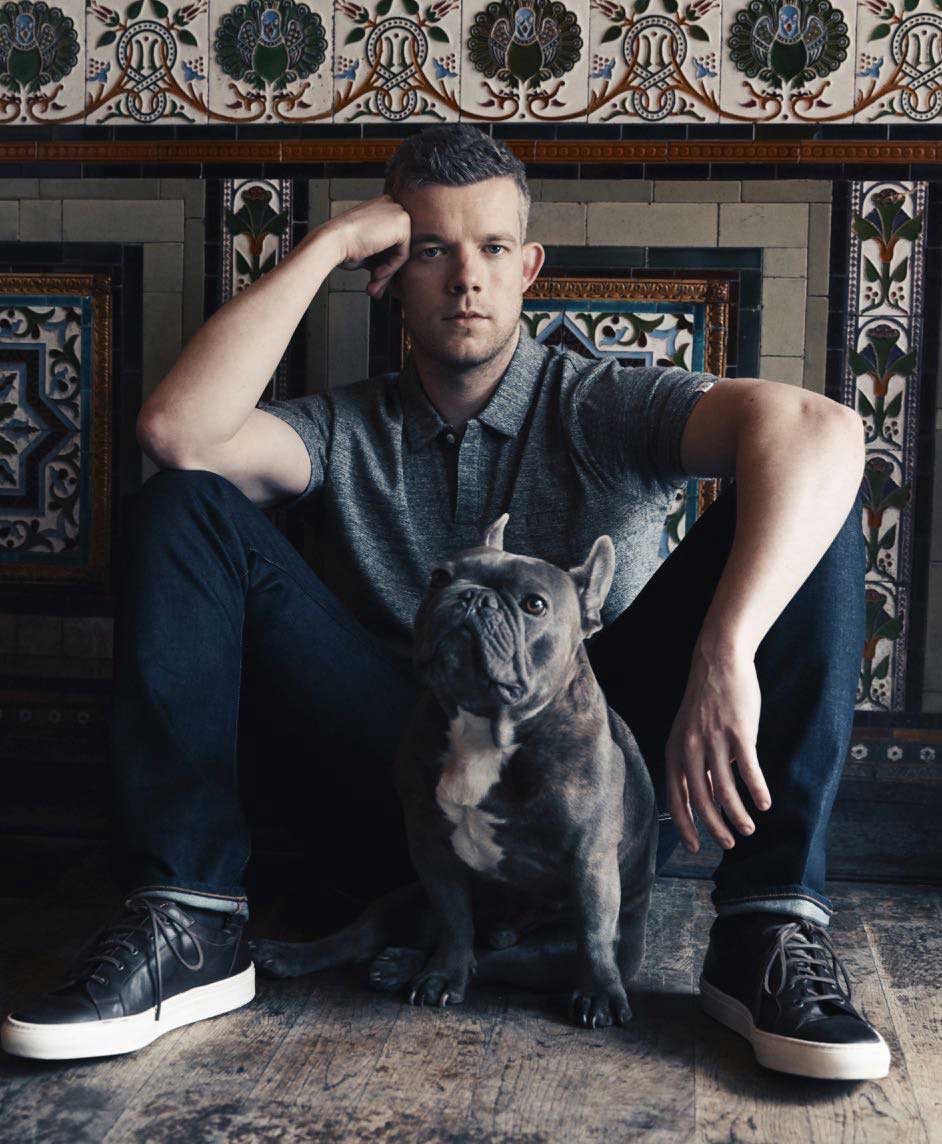 “I feel a little underdressed,” Russell Tovey says. He seats himself at the café across from the National Theatre on London’s South Bank, and casts his eye across his fellow diners. But actually, he’s dressed just as you’d expect him to be; a dark grey Adidas hoodie, jeans and boots accentuate his bulked-up figure, the product of many hours in the gym. “I discovered serious training six years ago, and it’s really changed my life,” he explains, ordering a steak along with a kale and bean salad. “It’s grounded me. I use it to work out loads of shit, I learn my lines there. And it’s changed the way I’m cast, because I don’t look like a boy anymore. It’s helped me mature.”

Tovey was certainly one of the most boyish of Alan Bennett’s original The History Boys — the role that took him, in 2004, from the National to Broadway to Hollywood. Since then, he’s gone on to star in a series of successful TV shows, from supernatural drama Being Human to award-winning sitcom Him & Her. But his meatiest roles have come since his workout habit got serious; as a closeted footballer in The Pass, a charismatic secret agent in American crime drama Quantico — and now, back at the National again, as repressed Mormon Joe Pitt in a revival of Tony Kushner’s landmark play Angels In America, as part of a cast that includes Andrew Garfield, Denise Gough and Nathan Lane.

Now 36, the Billericay-born Tovey is happily settled in London’s Old Street with his (then) partner, his ever-growing modern art collection, and Rocky (Tovey’s French bulldog, who’s almost as famous as his owner, and certainly takes centre-stage on his Instagram feed). “Russell is a classic Essex boy,” says John Donnelly, who wrote the lead role in *The Pass especially for Tovey. “Charming, warm, gregarious, with this incredible sensitivity.”*

STUART HUSBAND: How is Angels In America going?
RUSSELL TOVEY: The word I would use for it is ‘muscular.’ It’s six hours, for a start. It’s wonderfully huge. The nuances and the layering in every single scene... well, it’s insane. The lines cut every which way. And what’s not said is just as important as what is, especially with my character, who’s a Mormon, and a massively repressed homosexual. It’s like there’s a whole other script underneath the one on paper.

SH: Does that make your job harder, but in a gratifying way?
RT: Yeah, exactly. It’s proper work. I don’t ordinarily take stuff home; I’m quite good at leaving it behind me, and not thinking about it. But I’m taking this with me everywhere. I’m finding myself staring into the middle distance a lot, just going into the Angels zone. 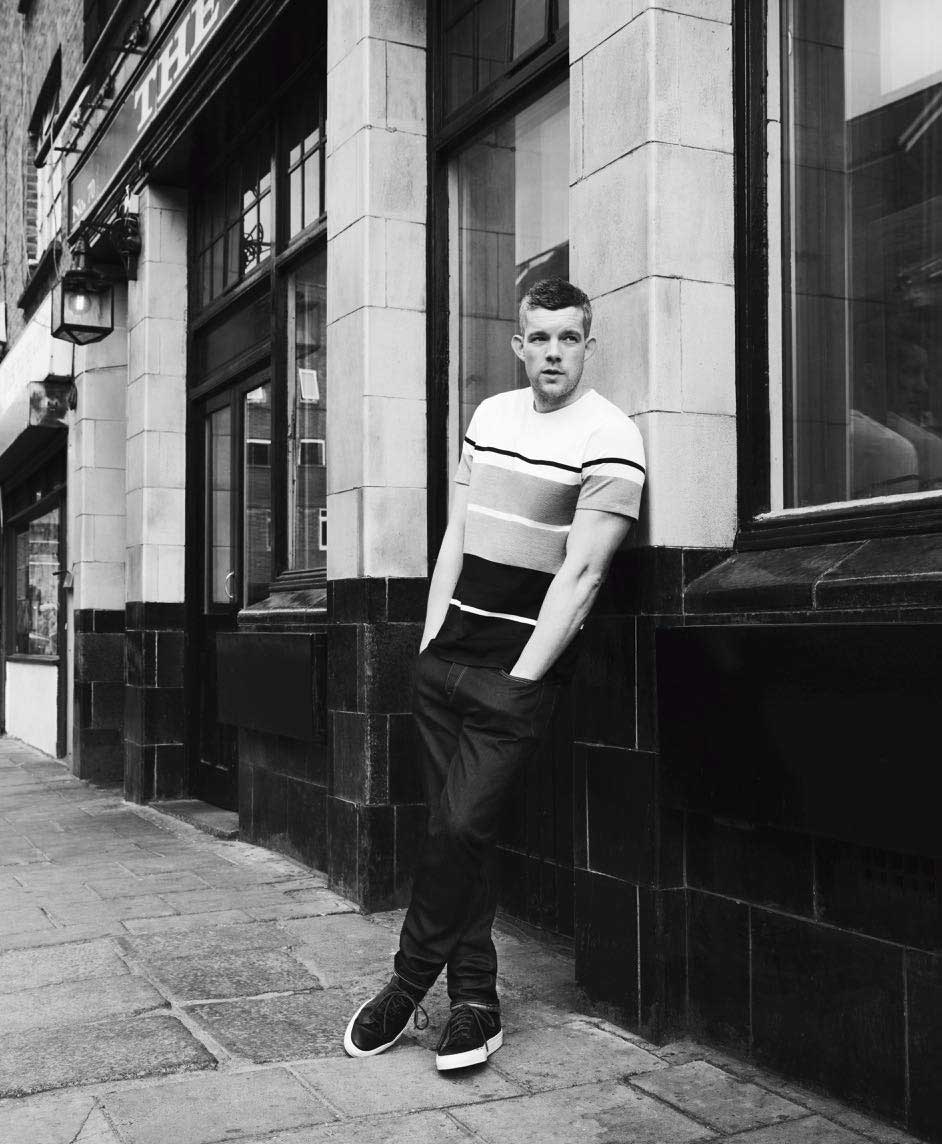 SH: So there’s no right or wrong way of doing it?
RT: It’ll be evolving right through to the end of the run in August. By the last show, I’ll probably be thinking, ‘Shit, that’s how I should have done it.’ Tony Kushner himself sees it as a work that’s still in development, I think; he’s still re-writing bits of it. Our version is vastly different from the one that’s out there in book form.

SH: Did you know the play before you were cast in it?
RT: Oh yeah, really really well. I was obsessed with the HBO version that was broadcast — what, twelve, thirteen years ago now? When I did The History Boys on Broadway, I lived near Bethesda Fountain, which is on the opening credits (and is also where the characters end up toward the end of the film). It became like a pilgrimage site for me. I still go there every time I’m in New York. I’ve got selfies from there, I’ve taken friends and partners there, there are pictures of Rocky there. It’s become a real touchstone for me. So I almost feel like I’ve astrally projected myself into this job.

SH: Does being back at the National feel like coming home?
RT: It’s great. When I was last here I lived in Essex, so my journey to and from was much more laborious. And I’d get train rage with all the delays and cancellations out of Liverpool Street. Now I live in Old Street; I’ve been walking here, I get the bus, and it’s changed everything. I used to be so envious of those actors who lived in London. And I know a lot of people at the National from my first time round. I just love the South Bank. It’s such a cool place.

SH: Angels was written in 1993, and set in the Eighties. But there are surely lines and scenes in it that speak to the current political moment?
RT: It’s so fitting, actually. Because it originally addressed the Reaganite Republican era — which we seem to be back in, with knobs on. There’s a scene that talks about how the Republicans believed in 1986 that, by the year 2000, they’d be in control of the Senate and the House of Representatives, and how they could ‘take back America.’
Now here we are, and it’s come to pass. Tony’s a bit of a Nostradamus. Though I’m not sure even he could have foreseen these crazy, terrifying times. They look even bleaker for the arts and for minorities than he originally envisaged.