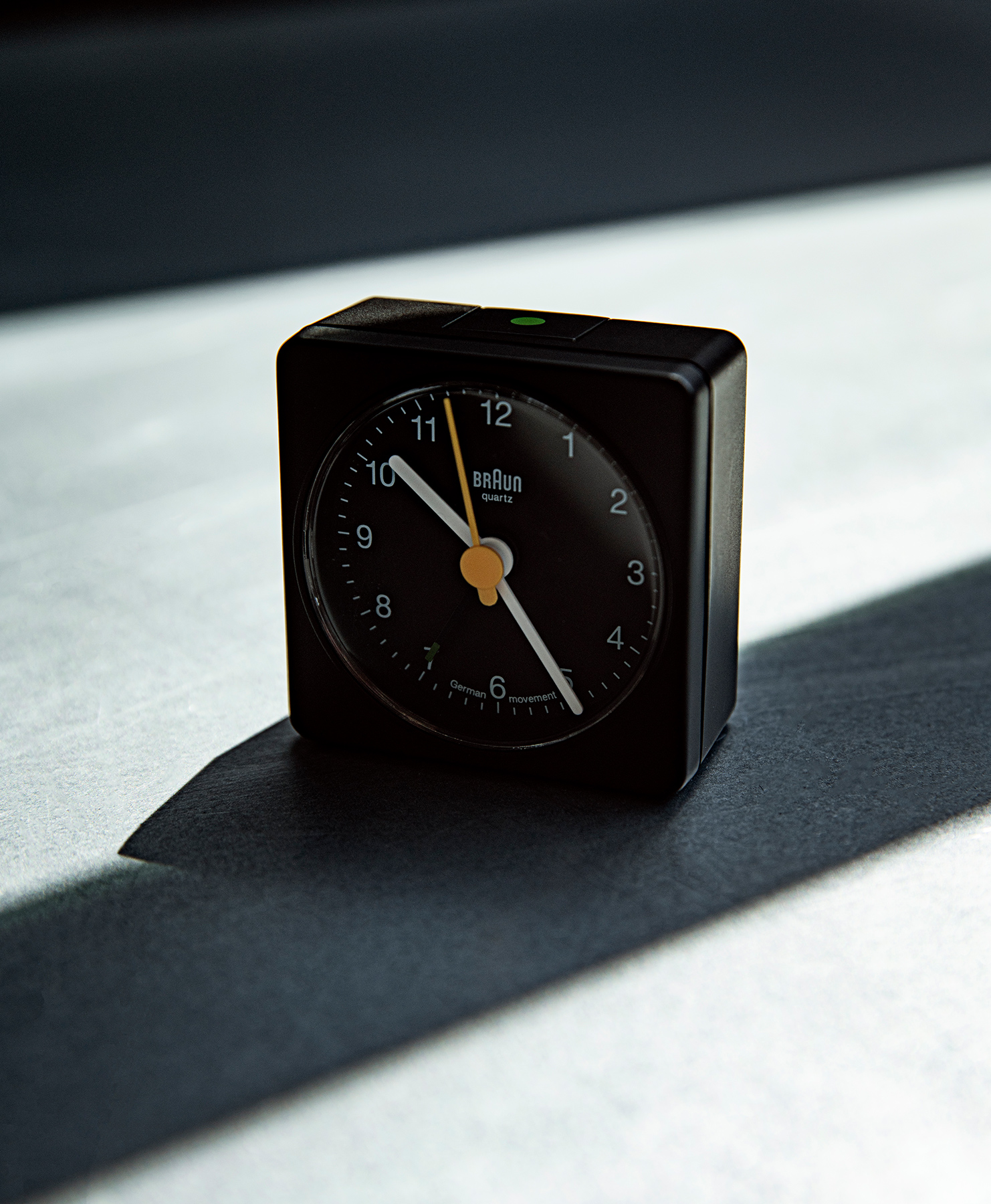 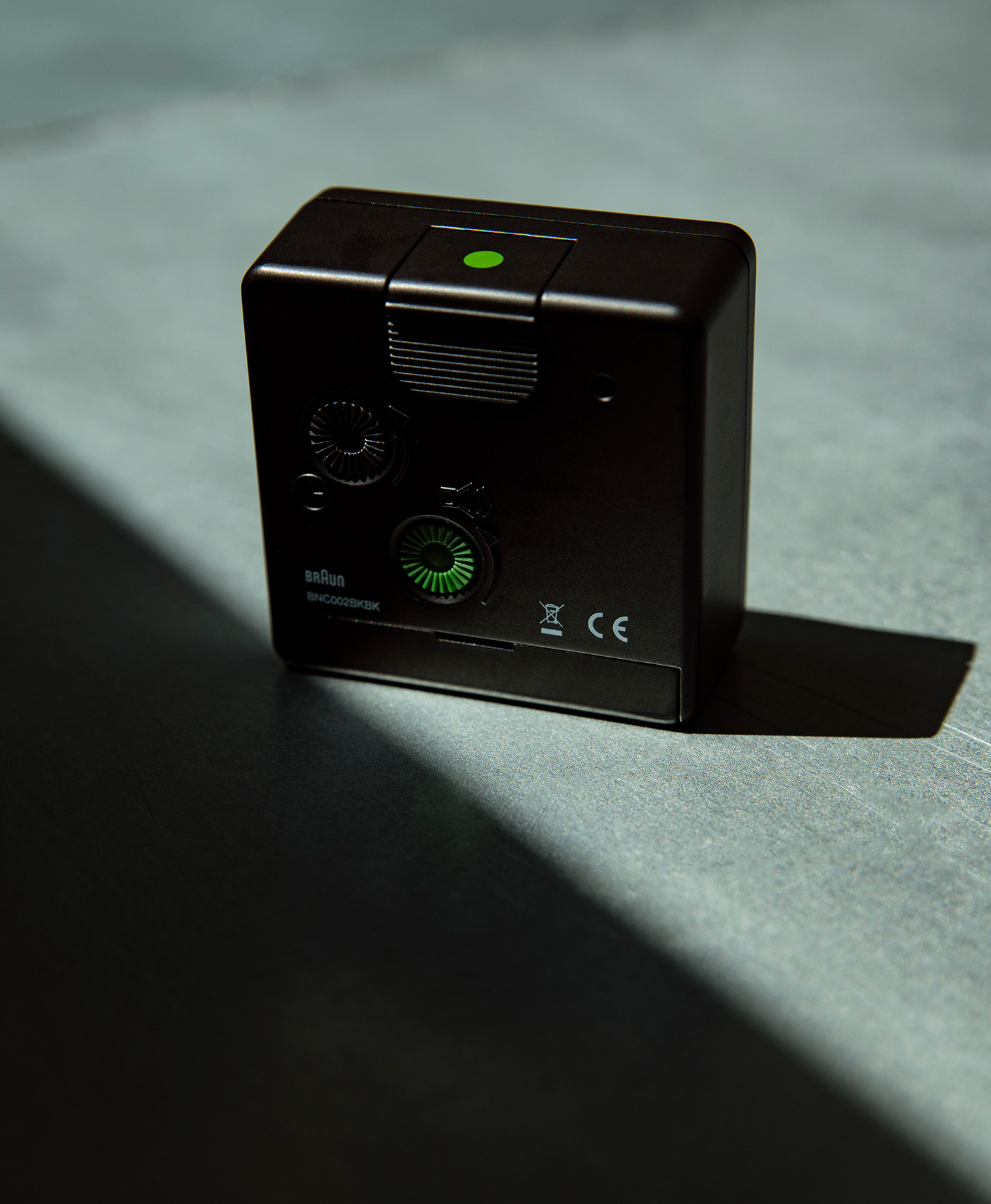 Welcome then to the Braun BC02 alarm clock. This small and perfectly resolved piece of industrial design is the most recent iteration of a classic series of Braun timepieces that were first introduced in the early 1970s. It’s essentially an update of the Braun AB 312 VSL travel clock from 1985, which was designed by Dietrich Lubs, a designer and colleague of Rams’ at Braun. As with a number of the objects we have featured on Designing the Definitive, there are wonderfully detailed archives and histories about them written elsewhere. In the case of Braun, it’s worth mentioning the excellent Das Programm, which is a research project and archive specifically dedicated to Braun Design between 1955-1995, the period in which Dieter Rams was the director at the company. There is also a fascinating feature length documentary film by Gary Hustwit, simply entitled “Rams”, which premiered in 2018. 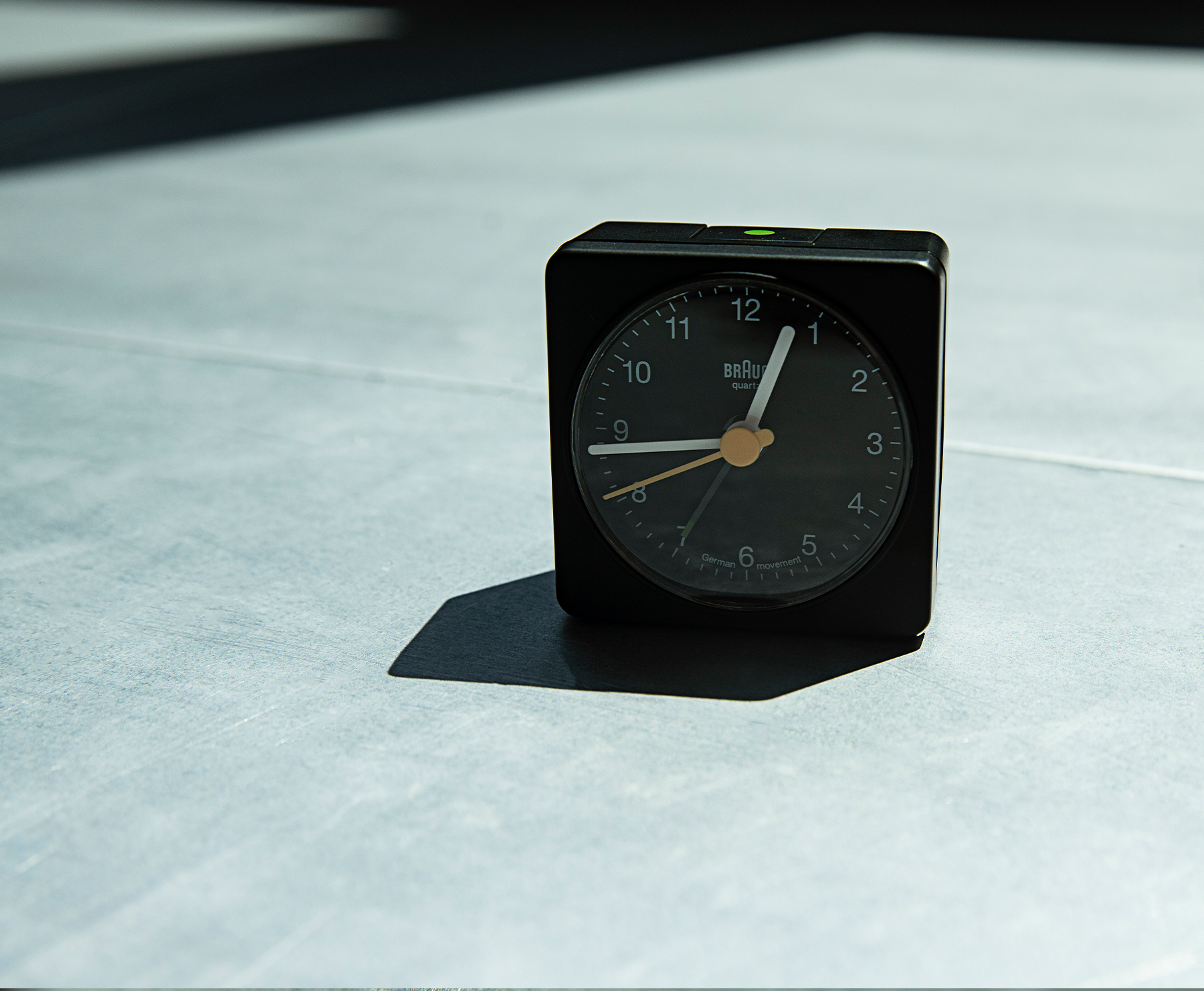 Dieter Rams studied architecture and interior design at the School of Art in Wiesbaden, Germany, from 1947 to 1951. Then in 1955, after a short time working in an architectural office, he took a position at Braun as an architect and interior designer. By 1961 he was Head of the Braun Design Department and continued at the company in various senior roles until 1995. His work at Braun was on a range of consumer product types such as audio equipment, kitchen equipment, calculators, clocks, shavers and speakers. In 1969, a short distance from Frankfurt-am-Main, he designed the Braun headquarters and the accompanying housing complex that overlooks it. He still lives in one of the houses on the complex, reportedly swimming every day and enjoying tending his Japanese garden. 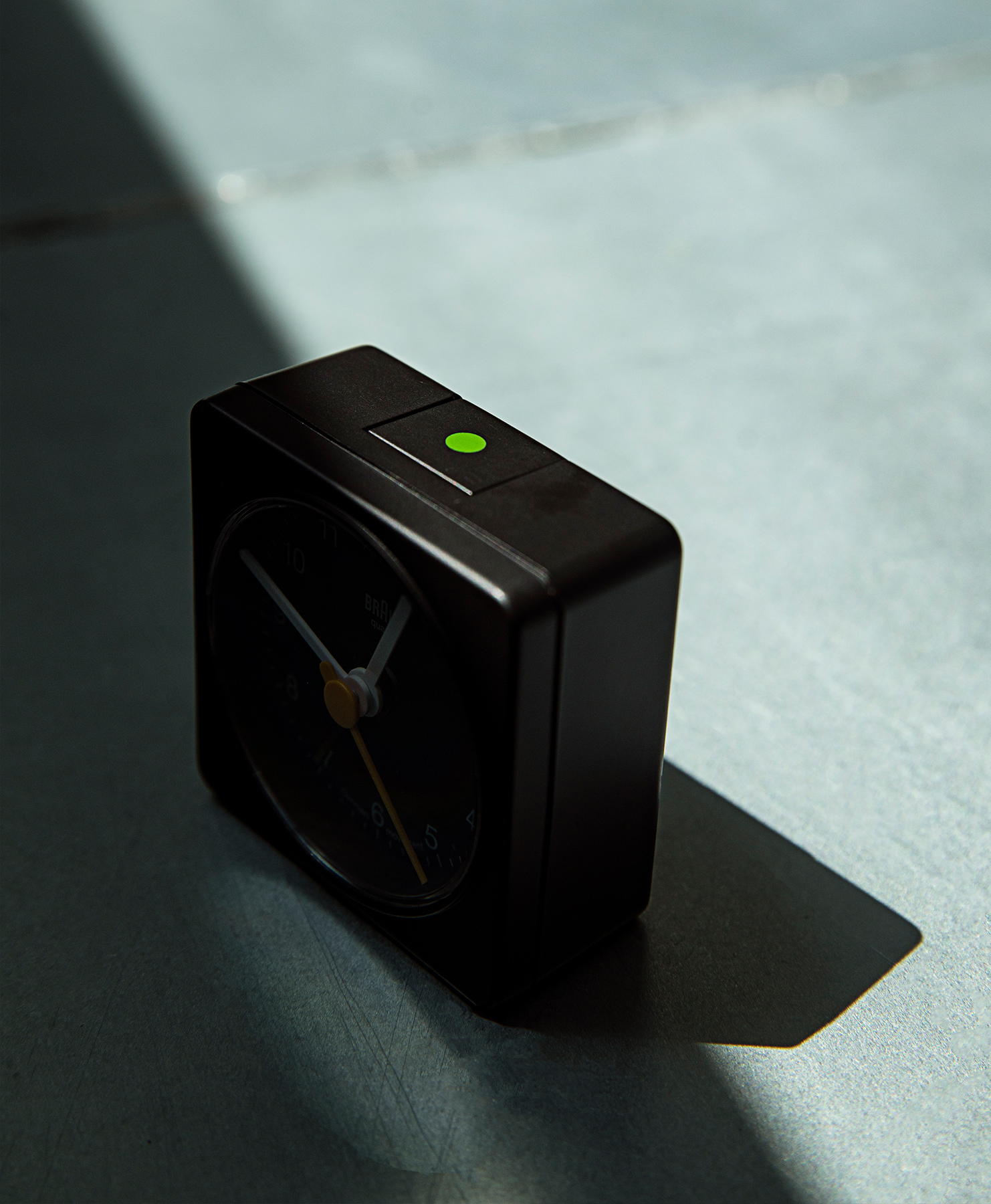 So what is it about the work of Dieter Rams at Braun that has captured the imagination of a generation of industrial designers? From Jasper Morrison to Jonathan Ive, they all credit Rams as a major influence. Primarily, I think it’s because he is a designer genuinely concerned with the human condition. In the products themselves, like this diminutive alarm clock, you can see both sheer rational beauty and totally resolved functions. This combination is perhaps only possible when someone has ultimate control over all elements of design and manufacture, over an extended period of time. For serious designers, this idea has great appeal. It would be remiss for me not to detail Rams’ ten-point philosophy. He believed ‘good design’ is innovative, makes a product useful and is aesthetic. It makes a product understandable, honest, unobtrusive and long lasting. It is thorough down to the last detail, environmentally friendly, and, as mentioned above, contains as little design as possible. 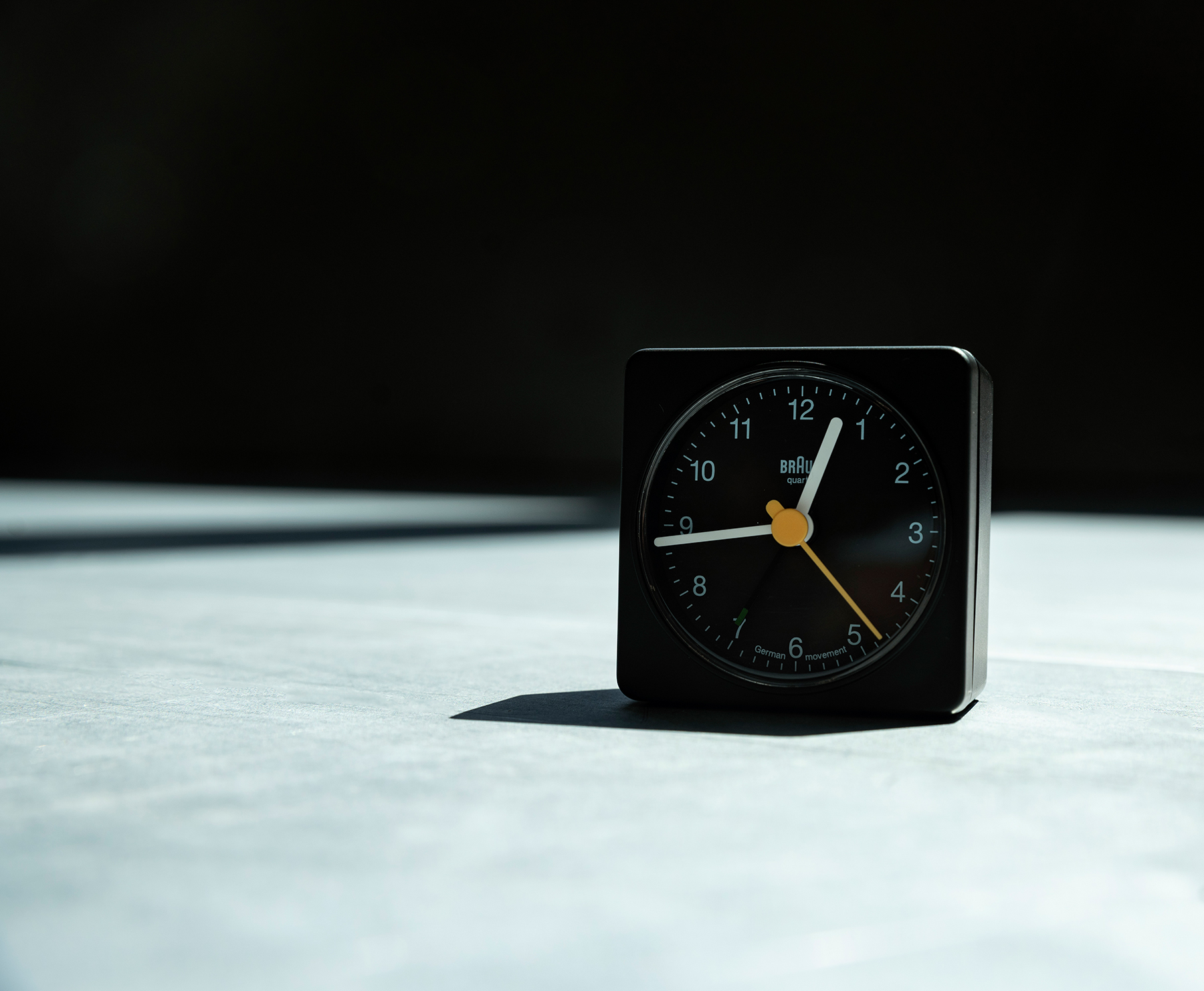