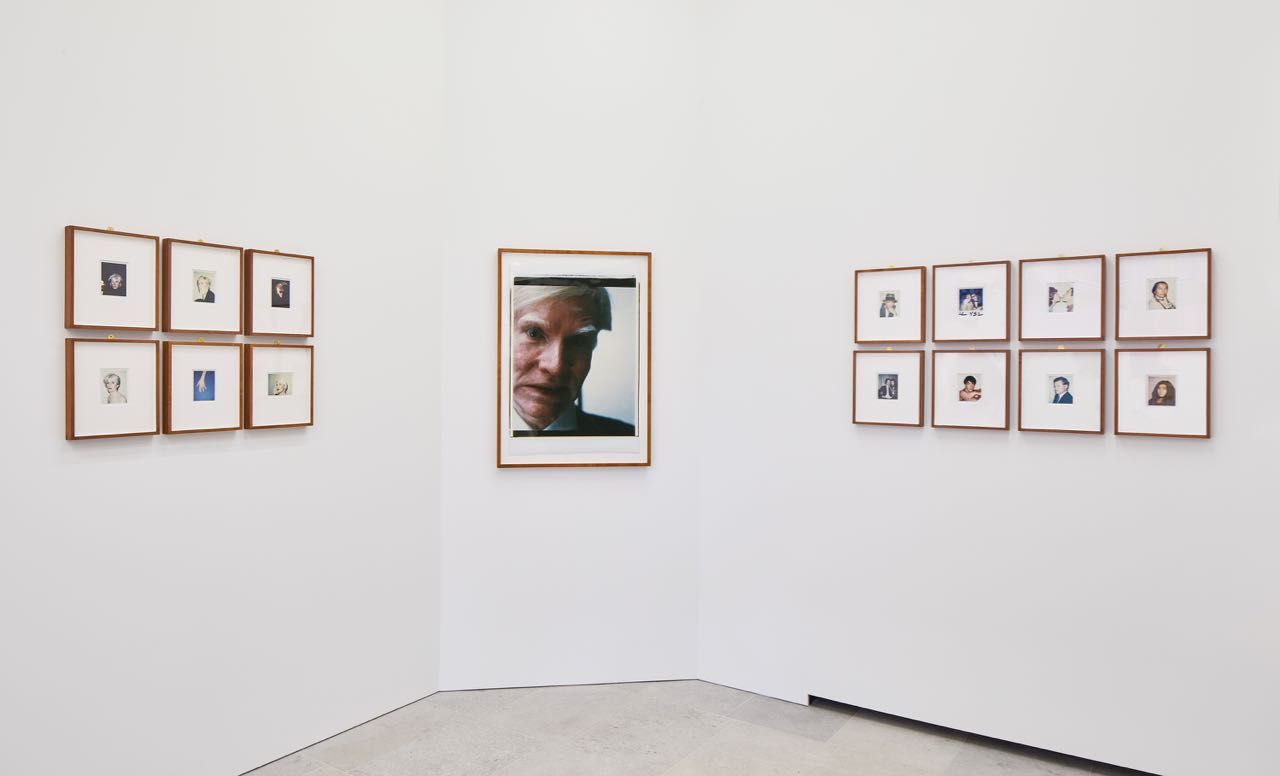 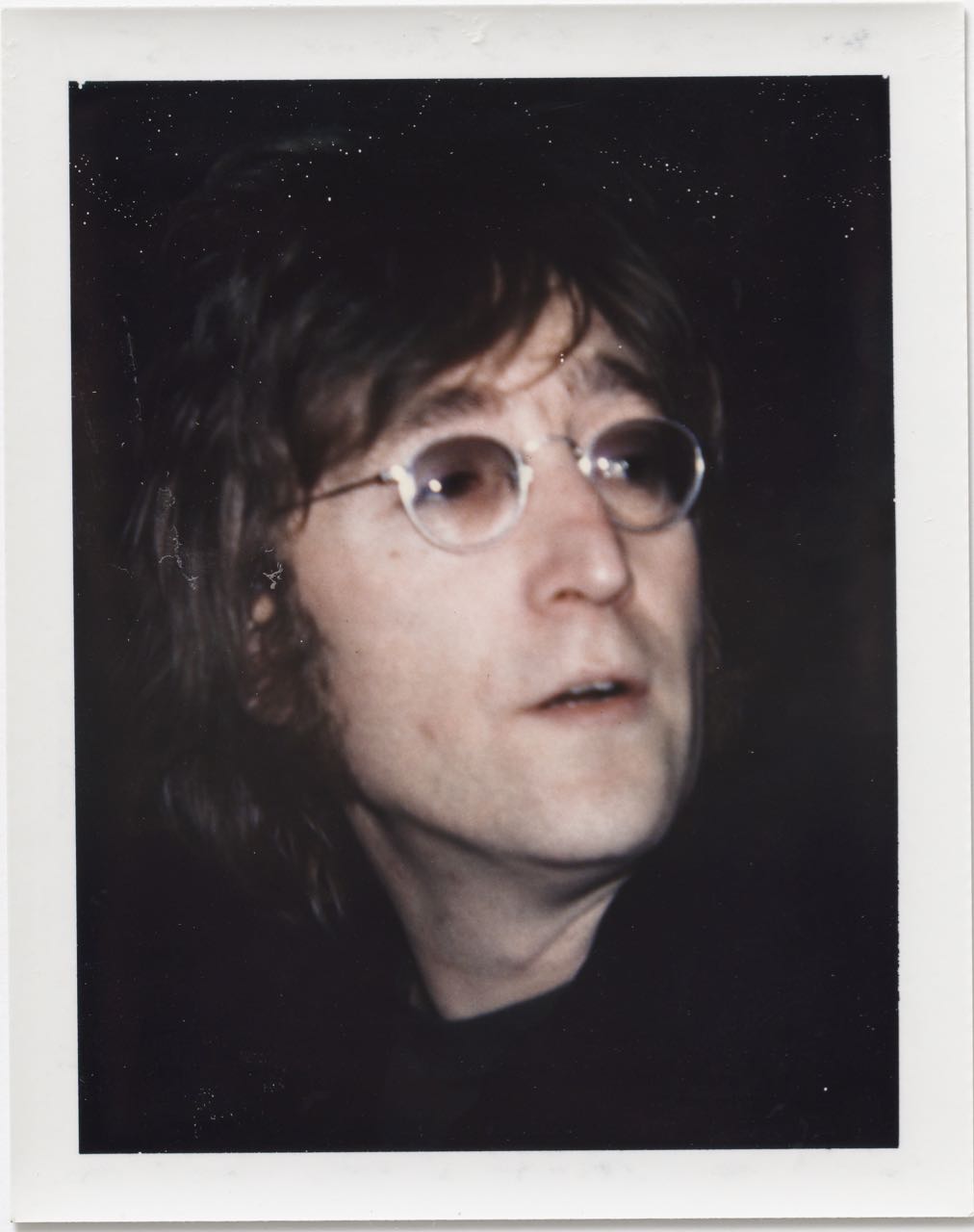 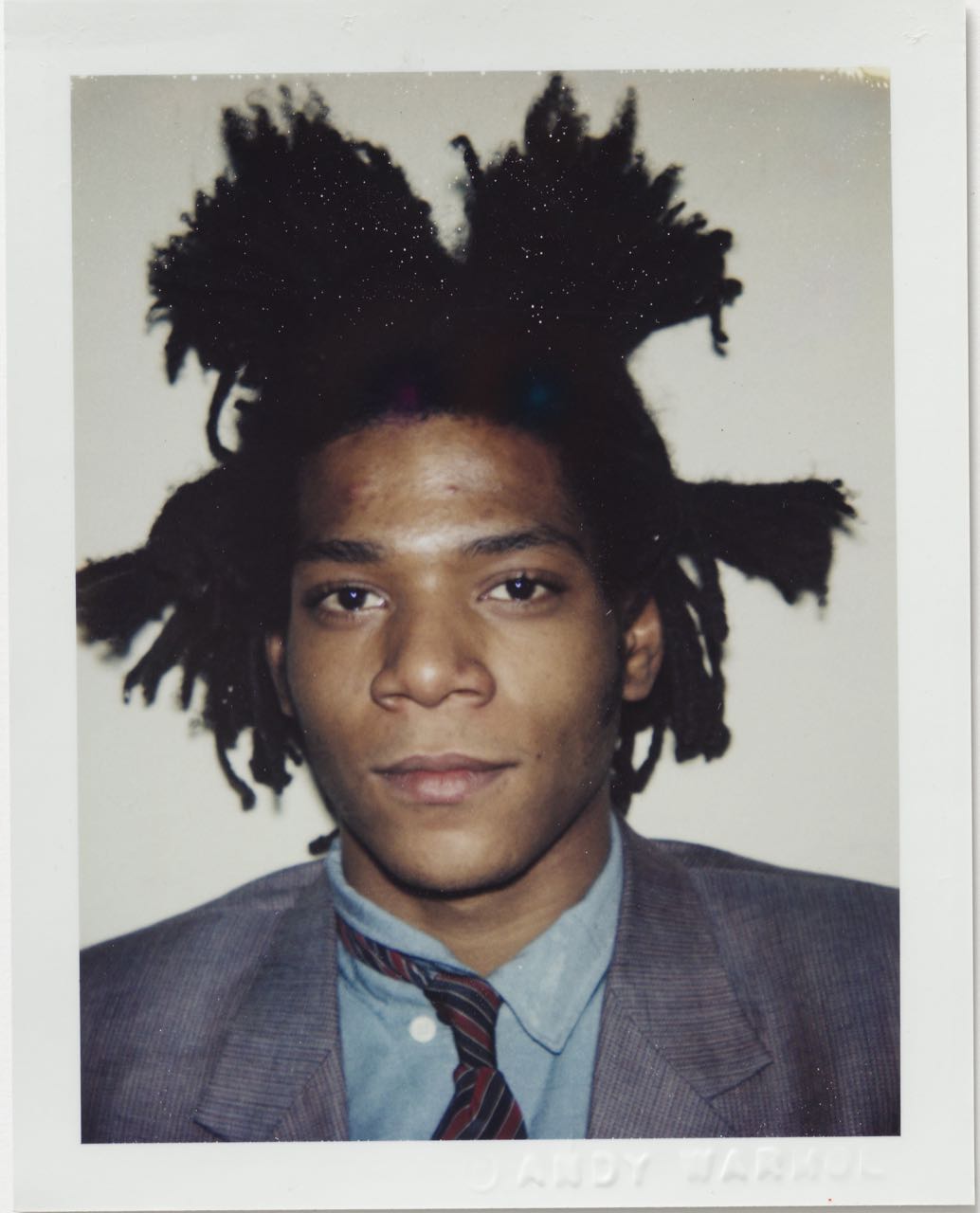 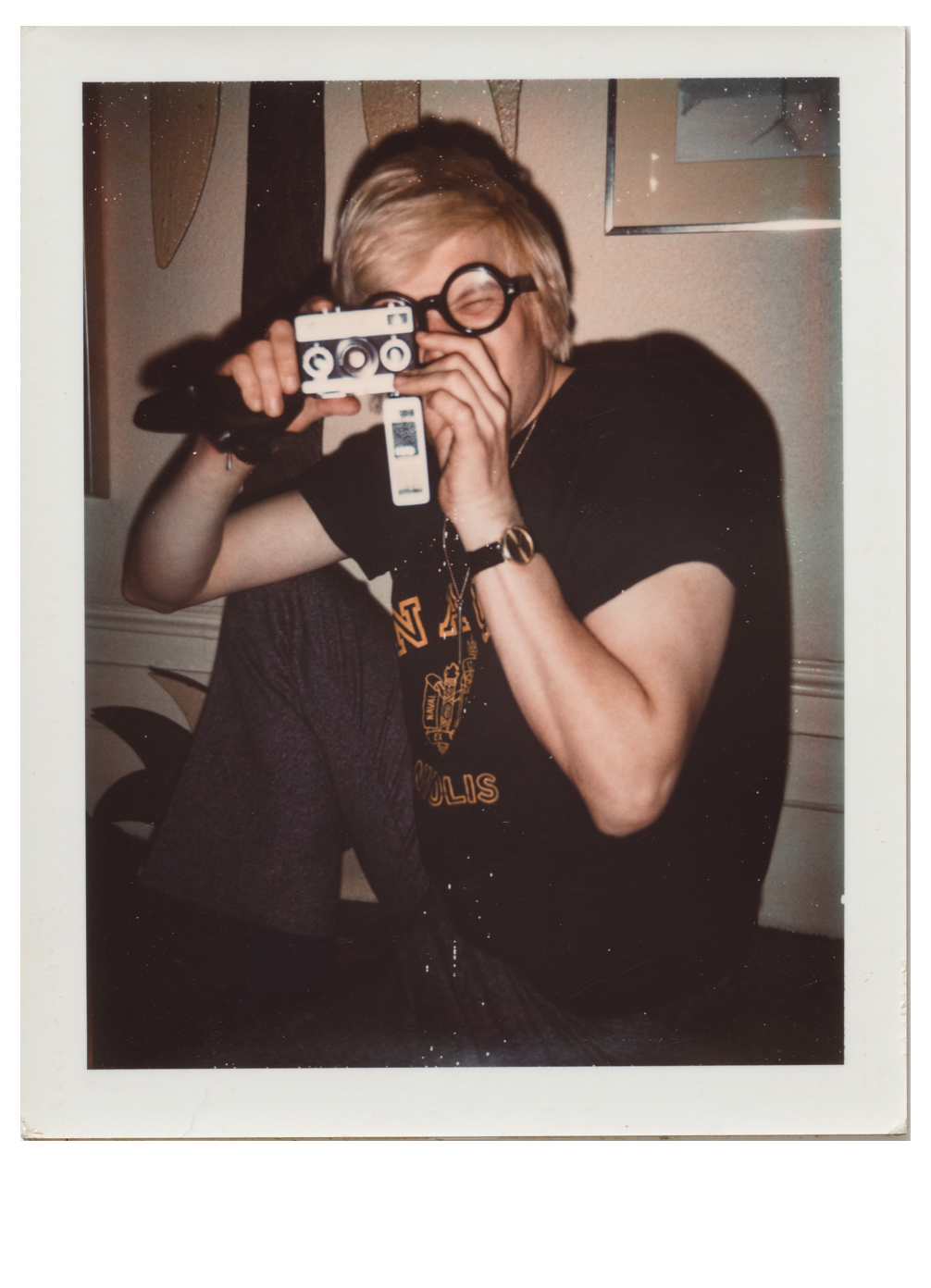 Andy Warhol Polaroid Pictures is a natural fit, as there is a Bastian family connection both to Warhol and the Polaroids themselves. As a boy of seven, Aeneas was himself photographed in the Factory by Warhol, alongside his parents; and so, in this new exhibition, the gallerists find themselves part of the show.

Trisha D'Hoker: How did your family’s connection with Warhol come about in the first place?
Aeneas Bastian: It really began about forty years ago. My parents were curators and art advisors, although they had no public gallery at the time. They met Warhol when they went to New York to discuss a book project with him. A German publisher had had the idea of publishing a large monograph on Picasso after his death, as an homage. So my father went to New York to meet with Warhol. He wanted Warhol to collaborate with him — to maybe write something, or contribute an artwork, or maybe authorise productions of artworks. I think he didn’t really know whether Andy would be interested in this book or not, but he was quite enthusiastic about it. Then later, they really became friends.

TDH: And why did your father and the publishers want to involve Warhol?
AB: They thought that perhaps, after Picasso, he was the artist who sort of revolutionised the art of his time — in a completely different way from Picasso. But the impact, they felt he had had an equally radical impact (on art).

TDH: At the time, was Warhol seen as being as radical and impactful as Picasso? Or has that perception come later?
AB: I think only more recently.

TDH: But your parents understood it earlier.
AB: They shared the view of some publishers, and a few other critics — who thought it was something completely different and radically new, never seen before, anywhere.

TDH: And it came at a time when it really felt like it was America’s moment.
AB: Yes — the post-war era, up to the Eighties, the end of the Cold War. 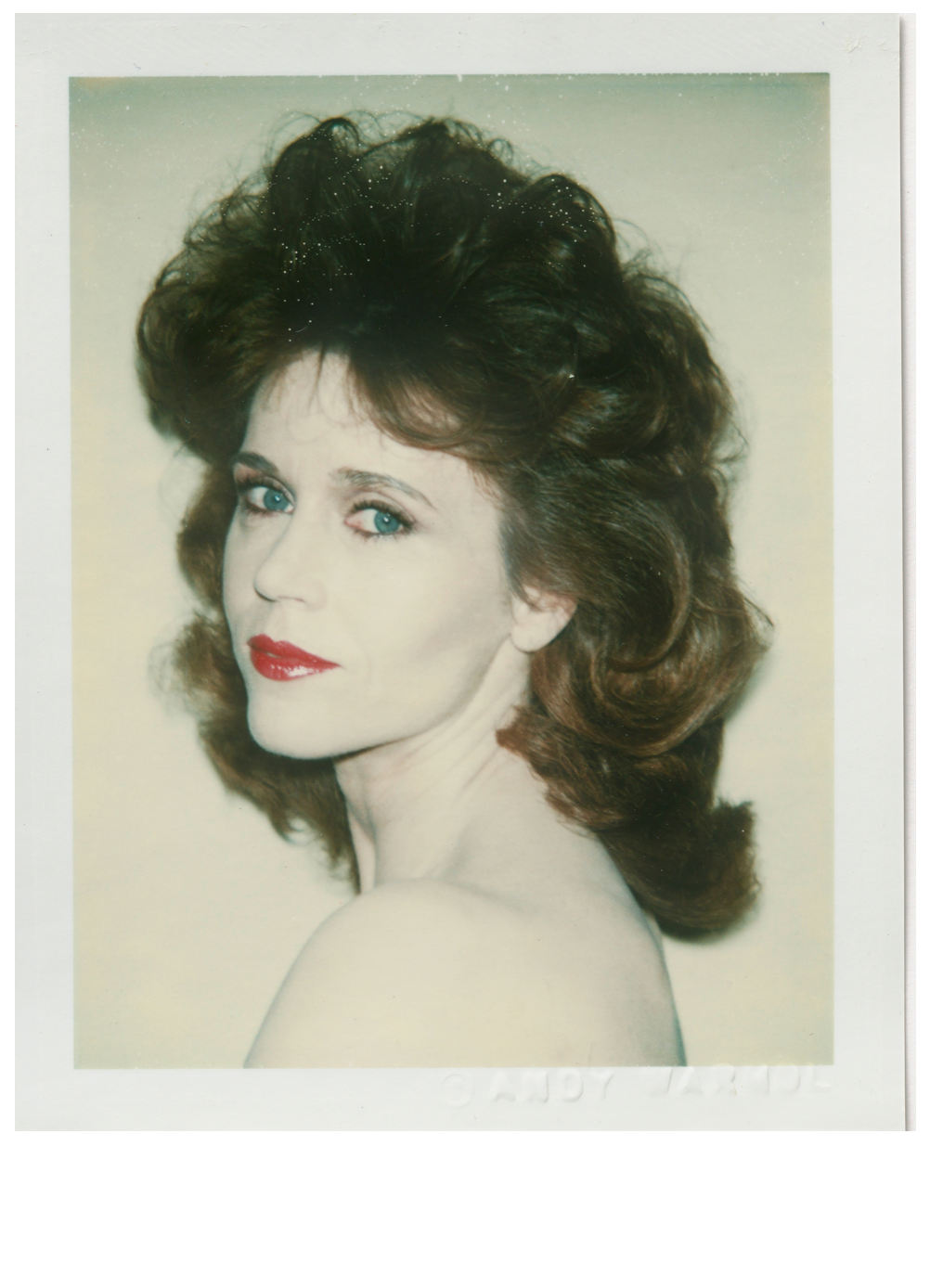 TDH: What was your father’s background? Was he always involved in the arts?
AE: He was a literary critic before then, and a writer. But through publishing, and through working with Joseph Beuys and a number of other artists, he moved more to the art world. At some point, he stopped working on other things and became Beuys’ assistant and studio manager. But he was really a curator, a long time before he opened a gallery and developed an exhibition.

TDH: And opening a gallery was more unusual then — a lot less common than today?
AE: Oh yes, there were not so many. I have discussed this with my parents, and it’s how they remember this time; fewer galleries, but also fewer collectors. Essentially there were a few European collectors and a few US collectors. This idea of collecting globally had not really existed. Even the museums and institutions at the time — they were actively collecting, but not necessarily contemporary art.

TDH: I don’t think many at the time knew or understood just how the contemporary art market would take off.
AE: I remember, when I was much younger, having discussions with collectors who would say, “But should I really buy this? I could buy a good old master painting.” They were really hesitant.

TDH: You don’t have to play the futures market so much.
AE: Exactly. They felt that if they bought a 17th century painting, they wouldn’t have to worry about the value so much. Whereas today, it’s almost the other way around; it’s more about the spirit of discovery. We want contemporary now. So yes, it has changed dramatically since the Seventies and Eighties.

TDH: So what is the history of the Warhol Polaroids? Did they come from the Warhol estate?
AB: The Andy Warhol Foundation is a not-for-profit organisation for the Visual Arts, and Warhol left artworks to the foundation. They were allowed to sell a certain, limited amount of works, and they donated a few works to museums, public collections. And they also kept some works, which they still have. And so, a few years ago, we were able to acquire the Polaroids directly from the foundation. There have been exhibitions, but none in the past few years and so I thought it could be interesting to show them now. 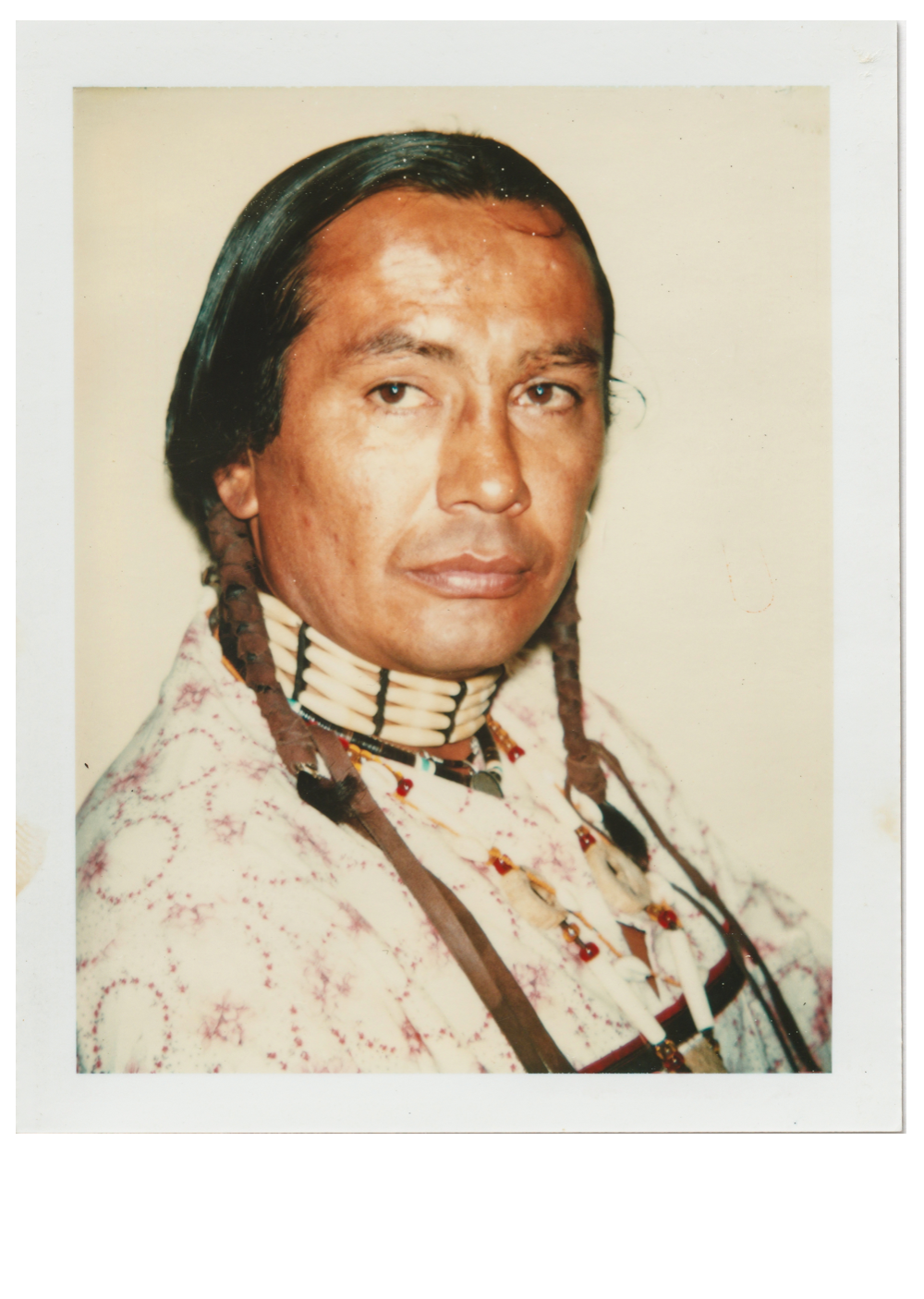 TDH: Are any of the Polaroids in the show for sale?
AB: We do sell them, but mostly in groups. We would like to keep a large group of 46 works together. Then there’s a few we will offer individually, like the flowers. And we will offer a group of four still lifes individually. Otherwise, I would prefer not to take this whole group apart and split it up.

TDH: Who chose which pictures would be in the exhibition?
AB: Choosing the Polaroids was a process, because the Warhol Foundation is very cautious. So my parents were there, but also the managers and curators of the Foundation. Then it’s really a discussion you have; you select images and start building groups. I feel quite privileged, because they are not going to sell anymore. So it may be the last opportunity to acquire something from them.

TDH: The pictures really draw the viewer in: the size draws you close, and the subject matter takes you back.
AB: Yes, definitely. I also think looking at them is like travelling in a time machine. Even though they were taken at a certain moment in time, most of the sitters are still very much present — even if just in our minds. I think the interesting thing is, many viewers will have associations, or other images of these personalities in their mind as well. Without that reference, you would view it in a different way.

TDH: It’s very different from, say, viewing a Horst exhibition.
AB: Exactly. When the subjects themselves are recognisable, you enjoy it differently, maybe more playfully — because you are seeing familiar images in a way you hadn’t before. Warhol was fascinated by very ordinary, even trivial, objects; objects that anyone might use in their daily lives. It’s also a series of consumer products — the Coke bottles and the Campbell Soup cans, as well as the celebrities. Most people would not encounter [celebrities] personally, but would see them through the filter of the media. And so he treated them equally as subjects in this way; the rather trivial objects in our daily lives, and the celebrities. 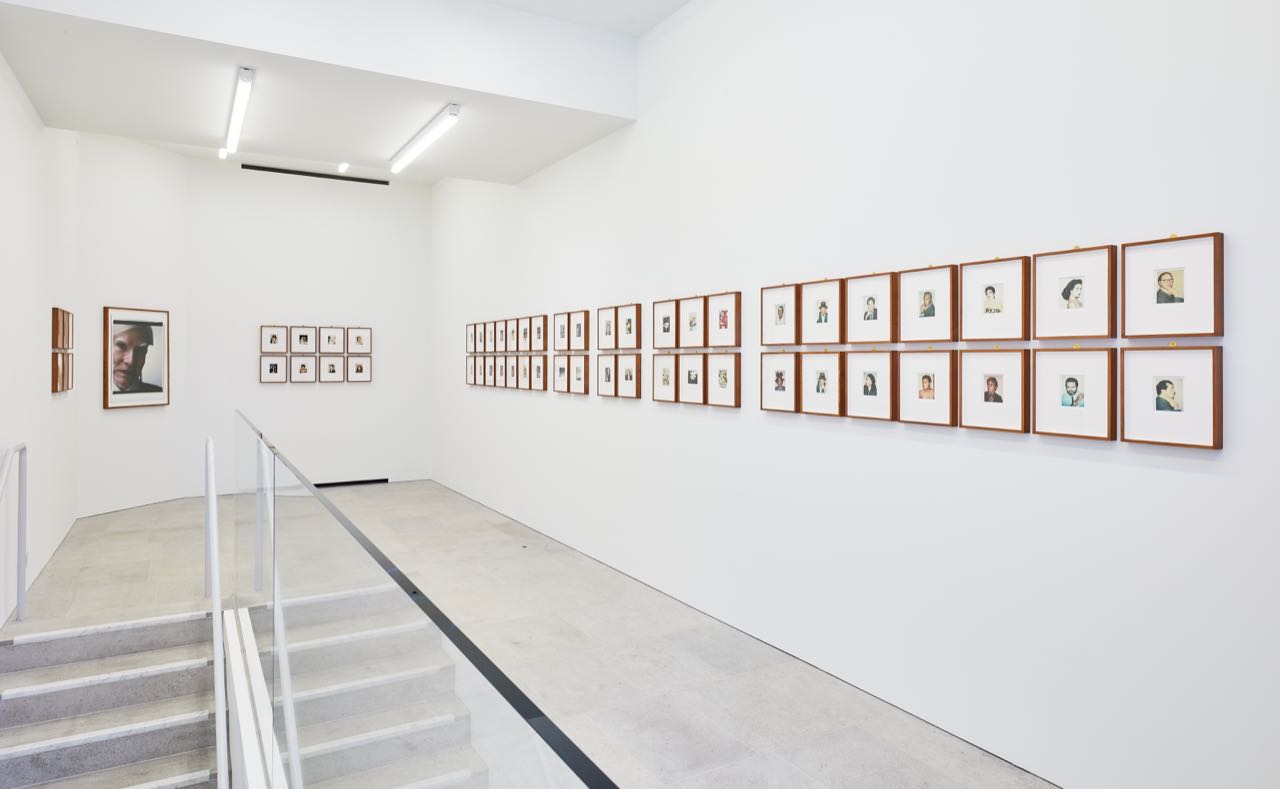 TDH: Is this the first time BASTIAN has had anything to do with Polaroids?
AB: We work with a German photographer and filmmaker, Wim Wenders — who, although he works very differently, also did a series of Polaroids. So they’re not entirely new to us. But of course, the two styles are completely different.

TDH: Tell me about visiting the Factory with your parents. I can’t imagine, as such a young child, how you would have seen it.
AB: I remember being impressed, and that he was a very kind and polite person who didn’t speak much at all. He let me have a seat in the corner of one room and he would just take his camera and say a few words. Then after a few minutes, he would politely say goodbye, and disappear and do something else — continue printmaking, or have some meetings. So I found him a very nice person, but quite mysterious and very enigmatic. And I was seven years old when I met him, so he remains a mystery in a way.

TDH: At that age it’s unfiltered; you don’t have so much to process it through.
AB: No, you don’t. And thinking about this now, while it’s very real, me recalling this encounter, he still remains a riddle. He may be the most enigmatic person I’ve ever met.

TDH: When he photographed you, do you remember if he took a lot of pictures?
AB: I think he took about six; I have two, and the others are still in the Foundation. But now, the Foundation will not sell any more works. They are thinking about a programme of donations to American museums, but they won’t sell anymore. So what it means for his Polaroids is that they will be seen, but they will be in the US. Which I think is good, but it means we will have to travel to see Warhol shows. There aren’t many of his works in the UK, or Germany — they are mainly in America. 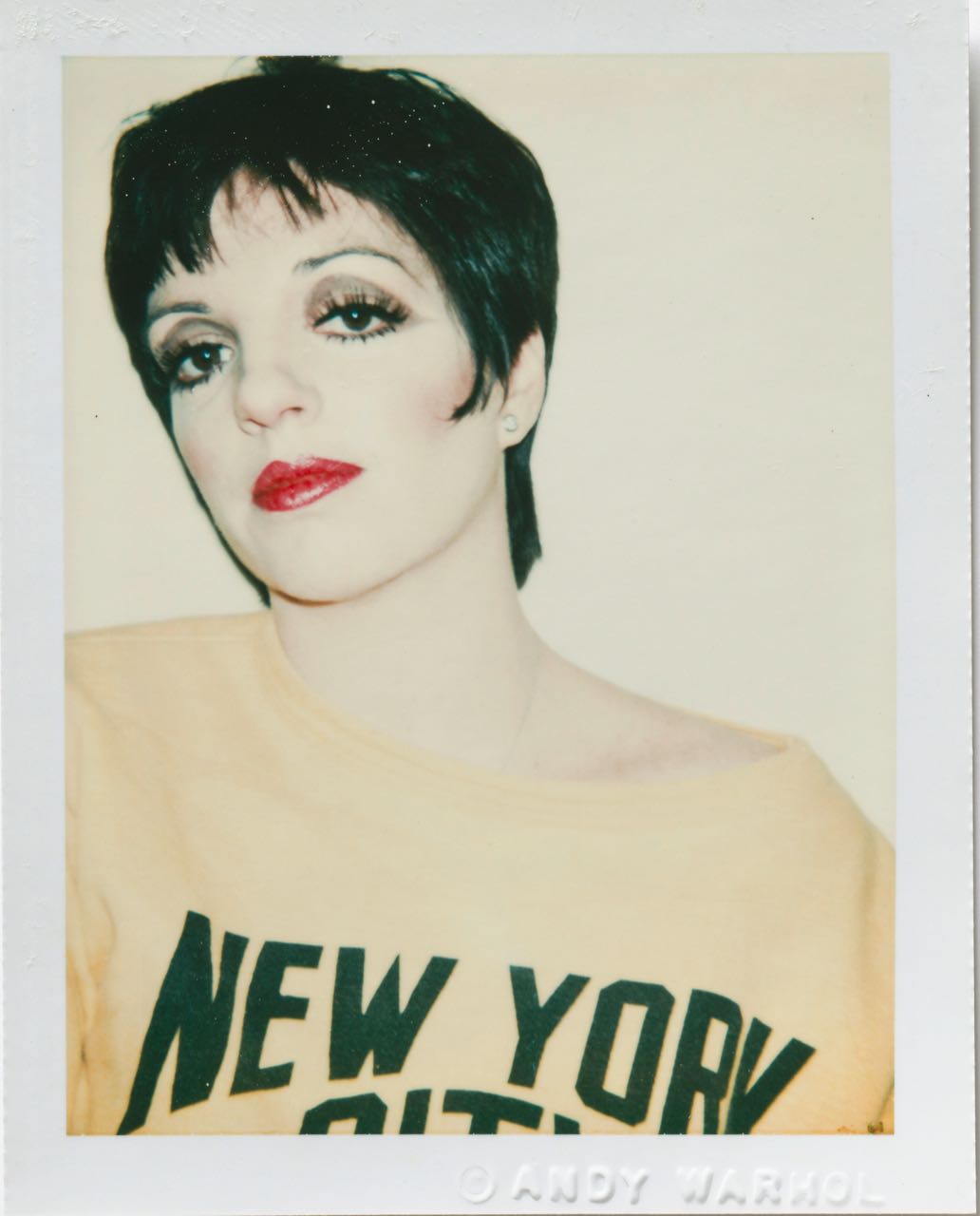 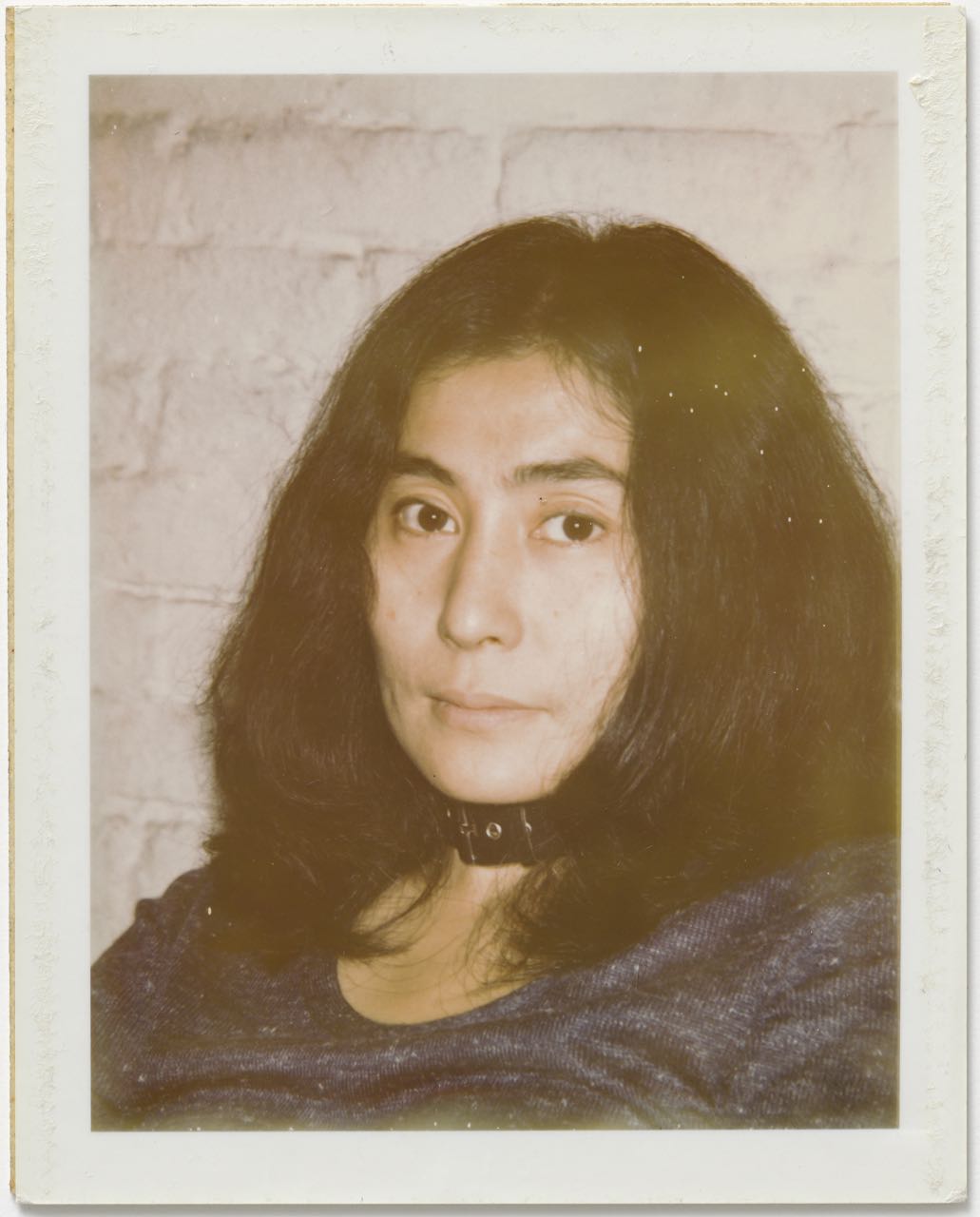 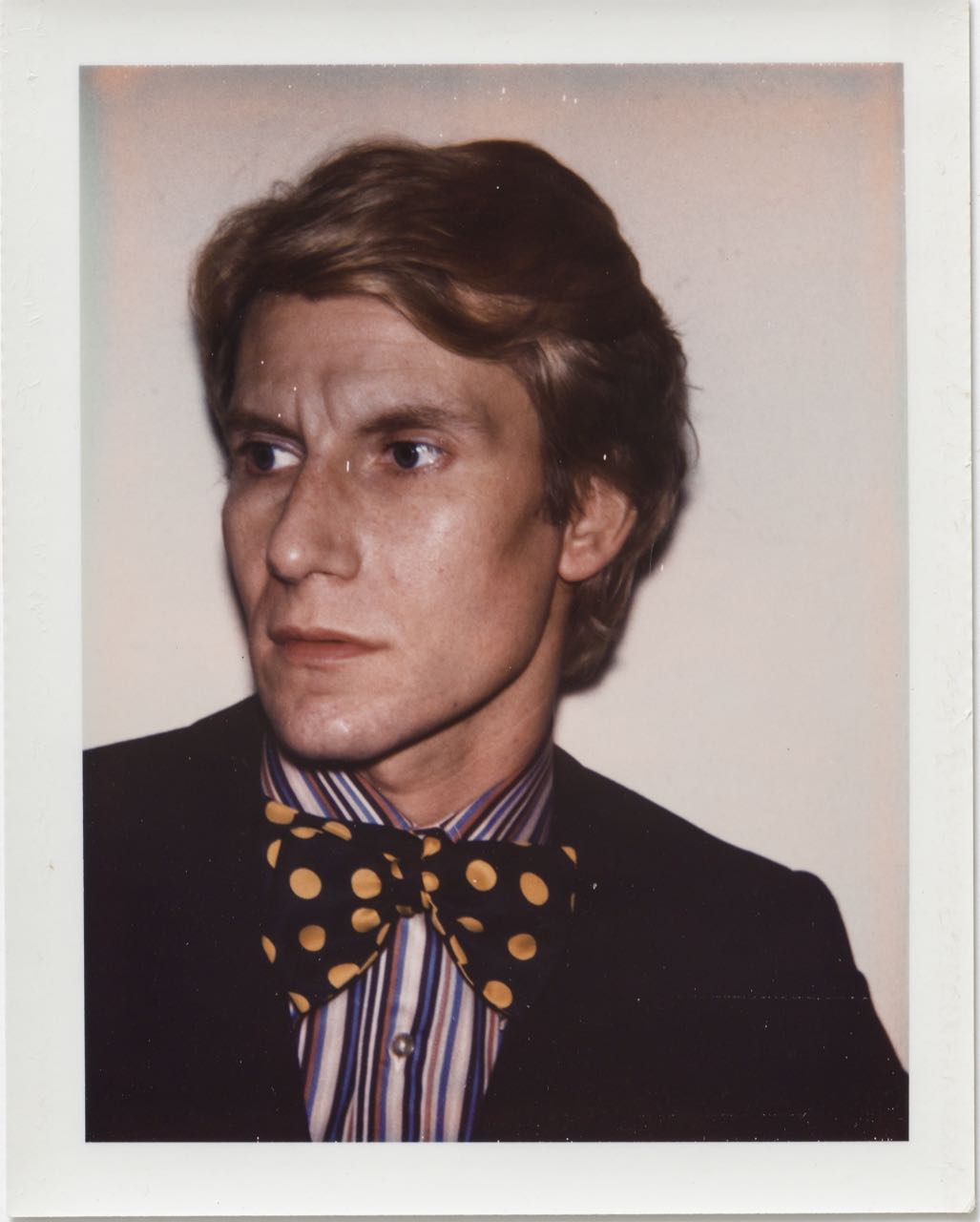 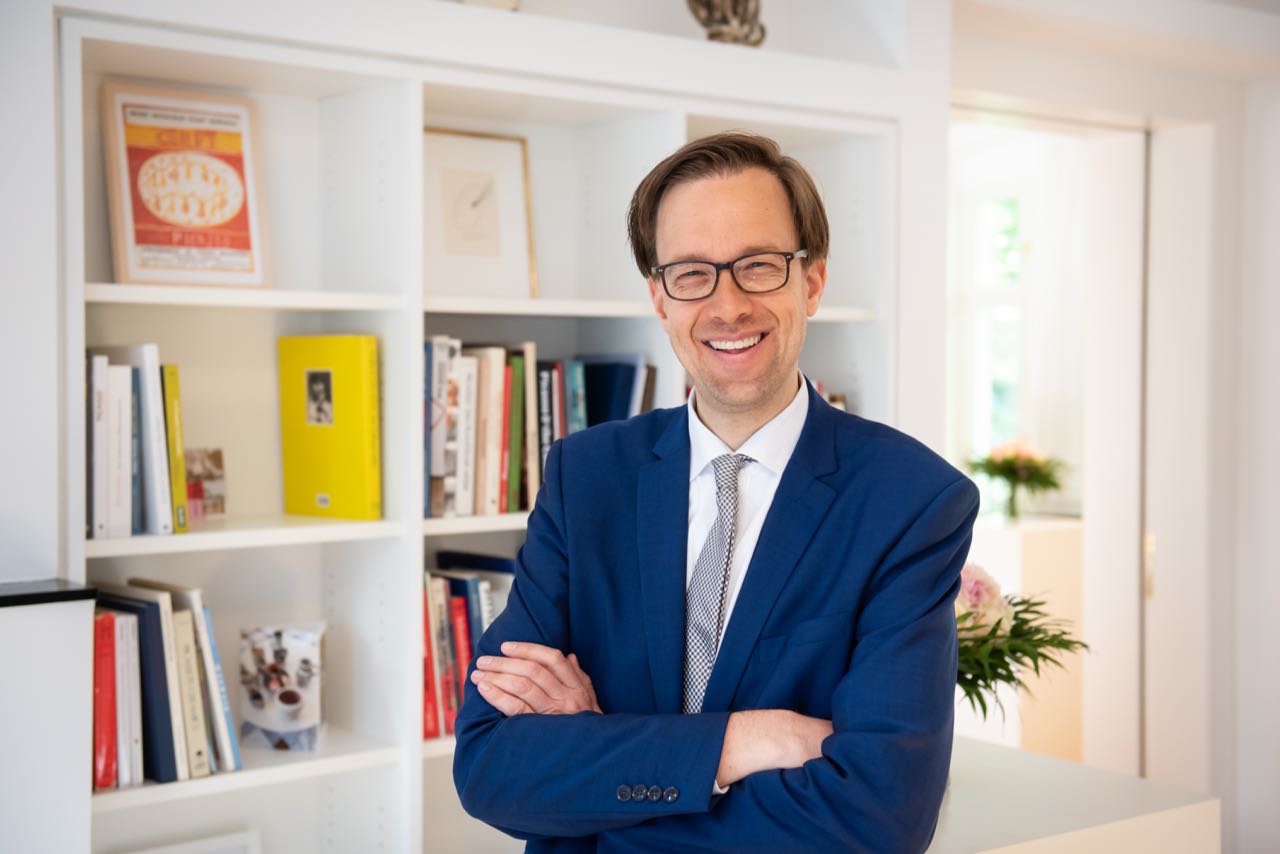