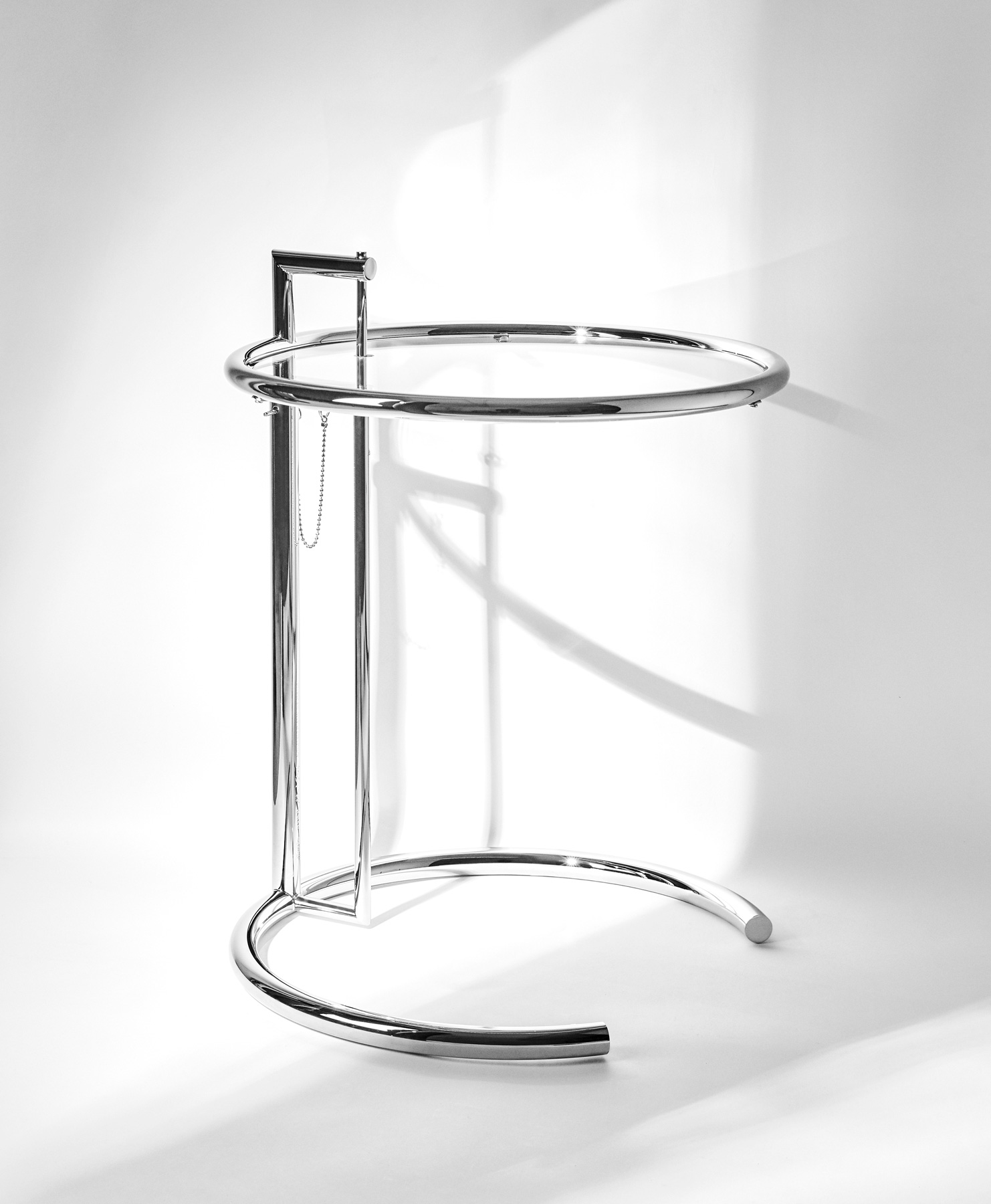 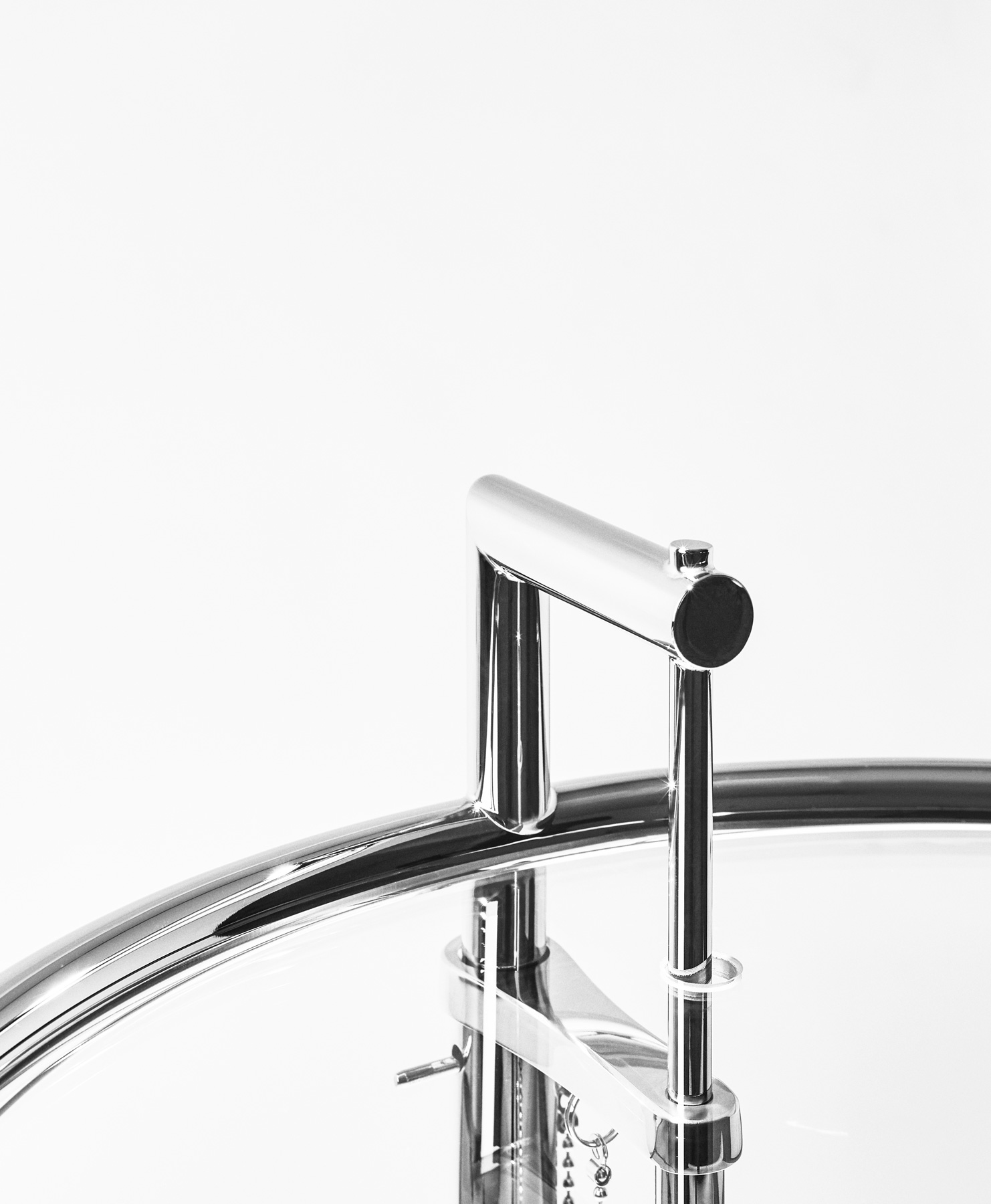 Much has been said and written about Eileen Gray since a reappraisal of her work in 1972 by Joseph Rykwert in Architectural Review. Intimate details of her life and her position amongst the bombastic generation of mostly male designers and architects of the modernist era have been poured over in forensic detail. A pioneering yet exceptionally private woman, it's no wonder that her life story was the focus of not one, but two films in the last decade; one a trashy looking drama, the other a slightly dull talking-heads hagiography. What is unequivocal is that she was an outstanding designer. This was recognised by the modernist furniture retailer Zeev Aram, whose critical meetings with Gray in the mid-1970s, not long before she died, ensured that her finest furniture designs went into production, remaining key pieces for the Aram store right up until today.

The E1027 Side Table was designed for the Mediterranean-situated villa of the same name that Gray created in collaboration with Jean Badovici in Roquebrune-Cap-Martin between 1926 and 1929. This idyllic and idealised house is now widely regarded as one of the most important examples of early modernist architecture. It was famously vandalised with sexually explicit murals by Le Corbusier, who would often stay in the house in the late 1930s, after Gray had parted company with Badovici and no longer visited. Although he is said to have privately acknowledged to Gray the excellence of the building, he still felt the need, for want of a better expression, to impose his “big dick energy” on the actual fabric of the building. Gray had stayed almost permanently on-site during construction, tailoring her architectural plans to the changing of the light, while also designing all of the furniture and fittings specifically for different settings within each interior space. The Side Table, according to Aram, was designed as a piece that could be used "over the knees" while sitting, or as an occasional or bedside table. The adjustable height is key to giving the table true multifunctional status. The beautiful production version shown here is made in polished chromium plated tubular steel, with a glass top. However, the first version appears to have been made in black lacquered tubular steel, with a cellulose acetate top, which presumably would have been very robust and less easy to break than glass. The design uses simple geometric shapes and is very well proportioned, giving it the feel of something very natural and intuitive. 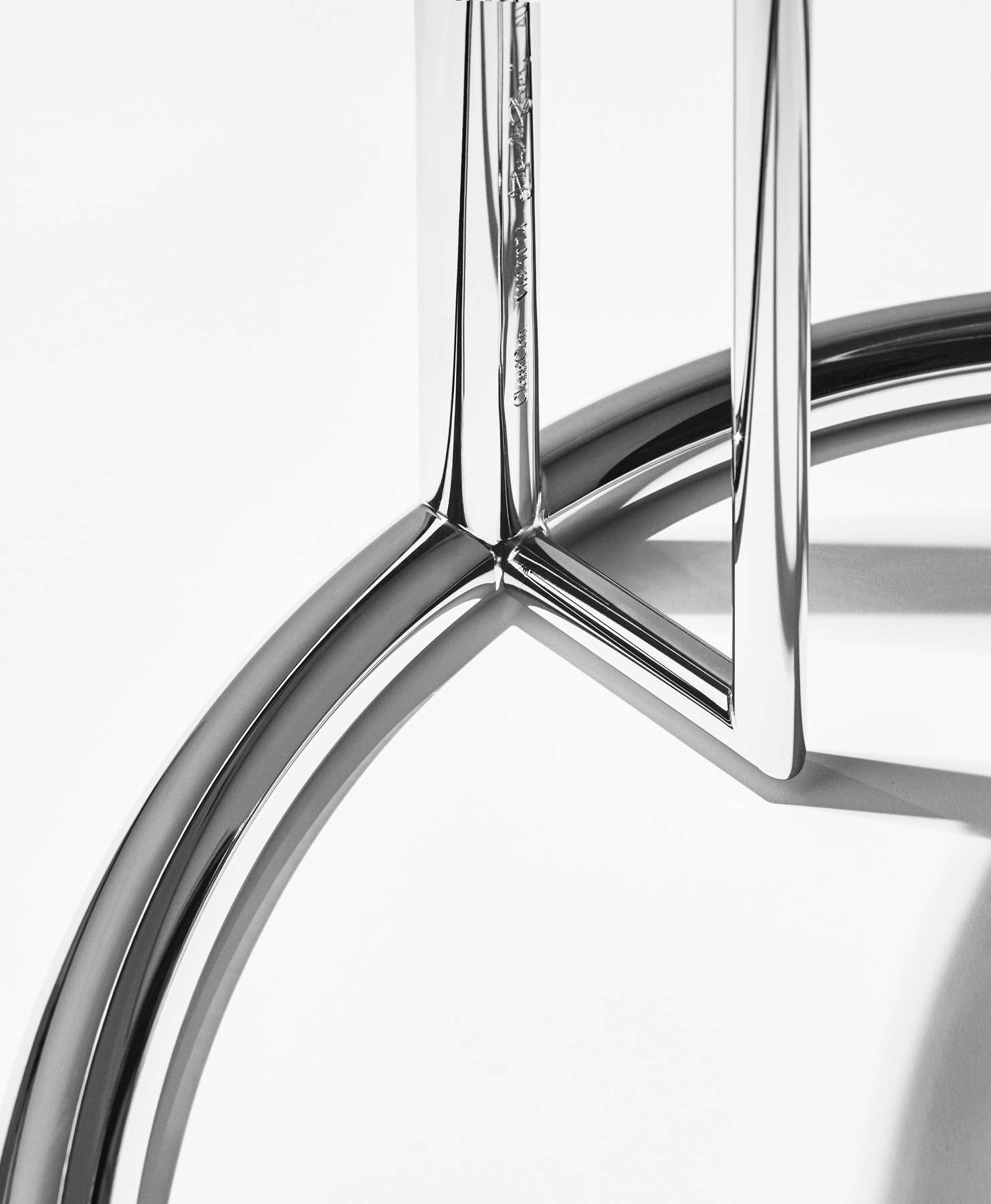 It is apparent that Gray took great note of what could be called the minor functions of living; the difference in feel of placing a glass on metal or cork, the variation in head movement needed while reclining in a chair. She would design for these minor functions as well as for the broader sense of what an object was for. This feel for both materiality and for utility can perhaps be attributed to her early career mastery of both lacquer work and weaving, perhaps even to her training in painting. What is definitely apparent in her key pieces of furniture is the noticeable layering; of ideas, functions and aesthetics. The focus on architecture later in her career can be read as a scaling-up of this layering, or as an extension of her well-rounded approach to creating things. Gray’s work is rooted in the spirit of the Gesamtkunstwerk, the German philosophical concept of the total artwork’. 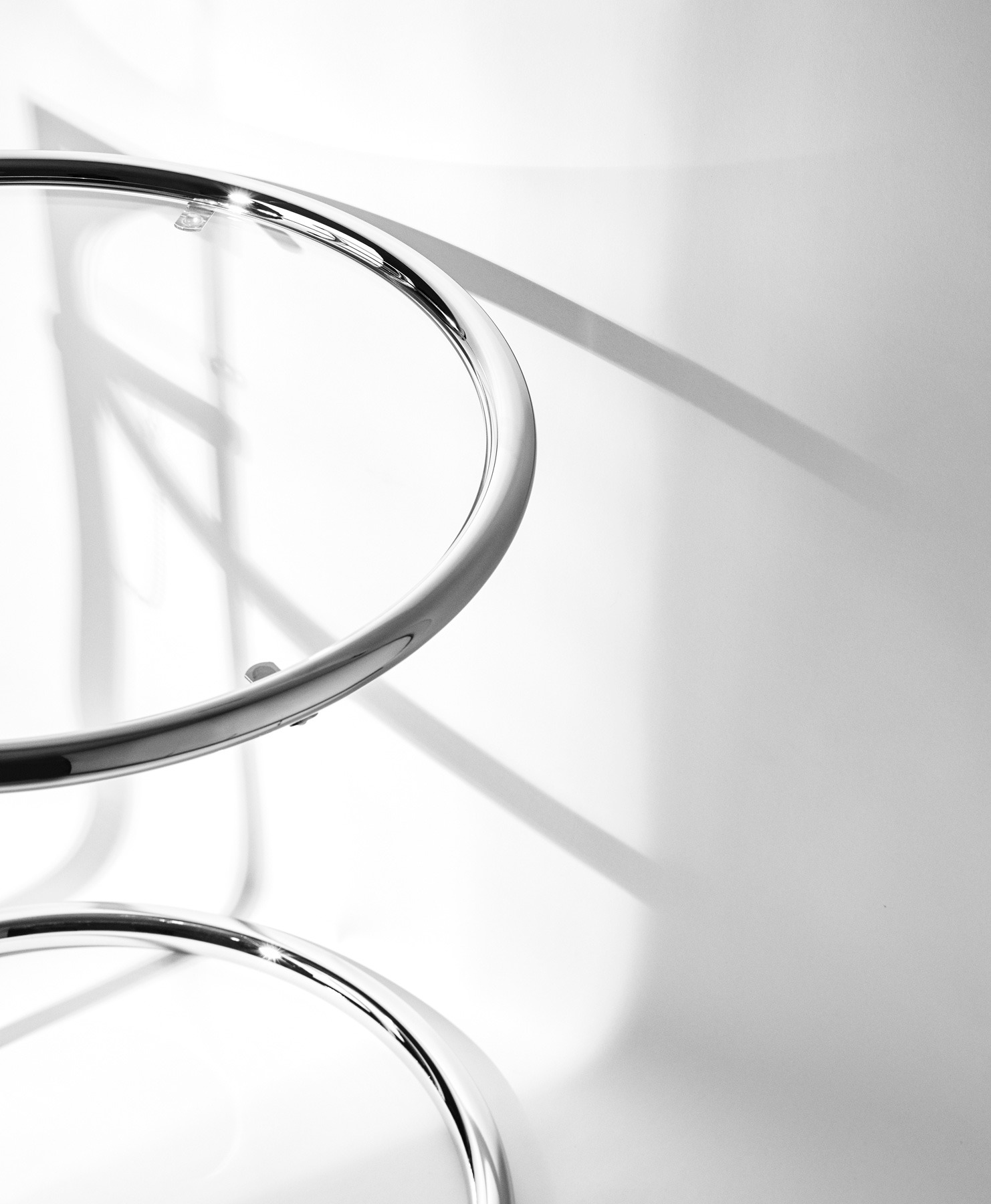