When Tom Brittney graduated from London's Royal Central School of Speech and Drama, he hit the ground running with a role on the British daytime soap Doctors. Since then, he’s played an 18th century army lieutenant in Outlander, a detective in The Five, and a reality show contestant in unReal. But now, for the first time, he’s taking the lead. As the Reverend Will Davenport in the Fifties-set crime drama Grantchester, Brittney will be picking up where James Norton left off, playing a vicar who teams up with a detective (Robson Green) to solve crime in an idyllic Cambridgeshire village.

It’s still easy, talking with Brittney about his childhood, to see the young boy he describes; a boy fascinated and bewitched by the magic of movies, disappearing into other worlds and other possibilities — so much so that, as he got older, he genuinely thought actors couldn’t possibly act for a living. Surely they had day jobs? Acting, he believed, was just too much fun to be work.

But at 28, acting is most definitely Brittney’s day job — and his night one. The evening before we speak, he had been up late filming. Not that this in any way diminished our conversation; his enthusiasm, and his sense of humour (his deadpan Twitter profile reads ‘Potentially award-winning actor. Please, I’m trying my best.’) are infectious.

Trisha D’Hoker: So, how did the role in Grantchester come about?
Tom Brittney: I was in Louisiana, filming, and did an audition tape for the series. It didn’t really say who the character was in relation to anyone, and I just assumed it was one of the baddies, so I read it like that. So then, when I had the meeting with the directors, it was somewhat of a surprise! But yes, there’s definitely a darker side to Will, and an approach to life that is maybe different from those around him; his moral compass might not align, despite good intentions, and he has to learn to accommodate this. And it’s my first lead part, so I’m also honoured! 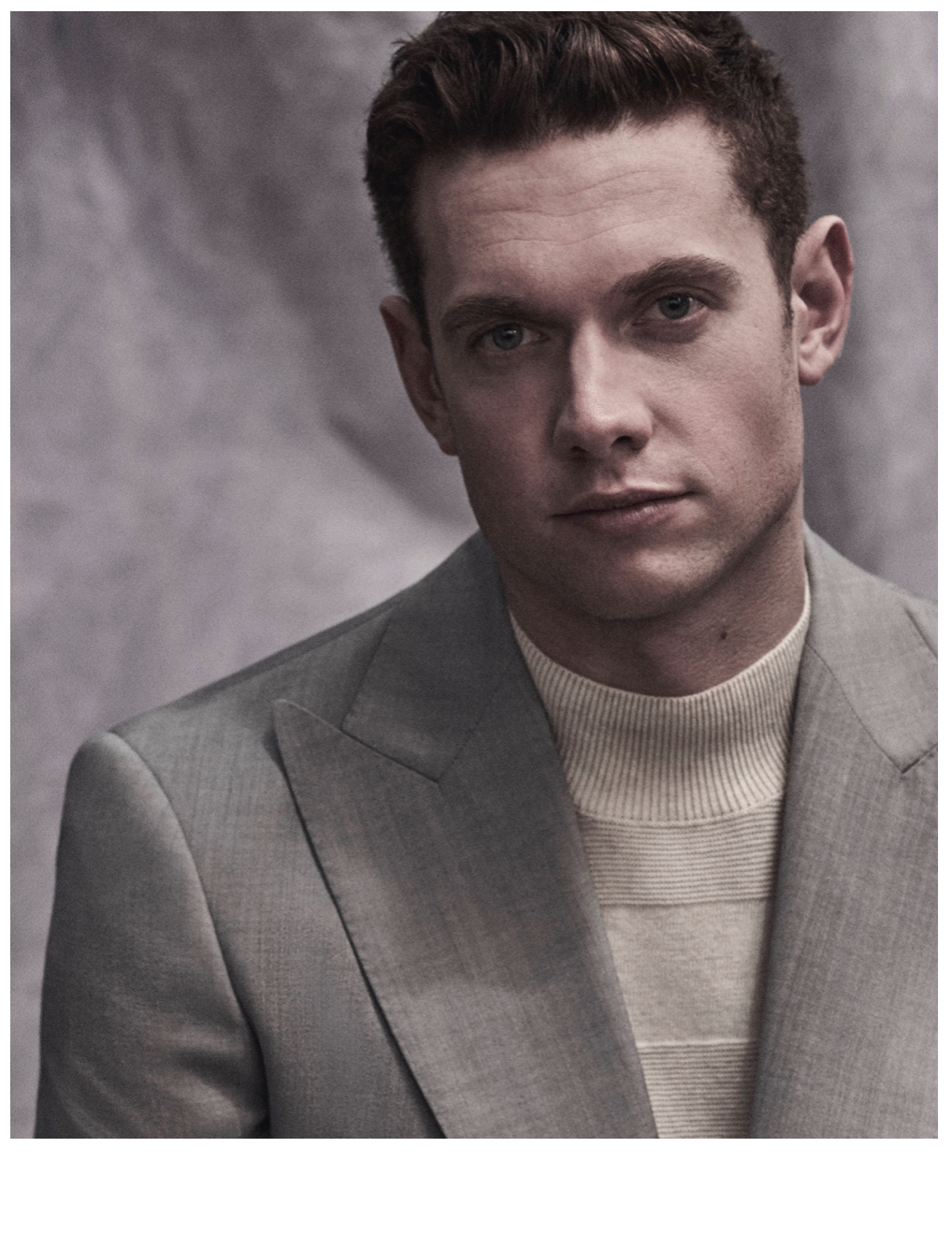 TDH: And your Louisiana job was with Tom Hanks (for the upcoming WWII thriller Greyhound, based on C.S. Forester’s The Good Shepherd). I’ve read that Hanks is one of your favourite actors. So what was it like to get to work alongside him?
TB: It is truly one of the joys of the job, when a job like this comes along, to be able to see someone of Tom Hanks’ calibre work — seeing him being the same as the newer actors when it came to working. Like being worried about your performance, the insecurities, the caring; when you’re an actor, it feels like you’re always chasing something. Or it should, if you care and are still passionate about it. With Tom, this is what I saw, what we all saw. He’s incredible. Just a normal guy, working at his craft.

TDH: And with acting, you can keep working and honing that craft all your life.
TB: (laughs) I would love to drop dead on the job when I get old! You’re right; you keep learning, and chasing it. I would never want to retire.
That’s one of the reasons why it took a while, when I was younger, to think that acting could be a career. It was so much fun! Even when it’s hard work. And I just thought that it couldn’t possibly be a full-time job. I actually thought actors had other proper jobs, and just did acting in their spare time!

TDH: Was acting something that was in your family?
TB: My mum was (and is) active in local theatre; she’s a drama teacher, who writes plays and books. And we had a very artistic house, growing up. My sister and I were always encouraged by our whole family; there was always this artistic element to things. And if anything, it was my mum who encouraged me to go to drama school, and treat acting as a serious career — not in a pushy stage-mum way, just in the way that she wanted me to follow my passion and believed in me. I am very fortunate to have had the support I’ve had.

TDH: As a kid, was there a particular genre you liked?
TB: I don’t remember any particular kind of film. But what got me was this idea that you entered into another world. One of my favourite films was Hook, and the world that Spielberg created. Another of my favourites is Saving Private Ryan — it just takes you there, you suspend belief.

TDH: You’ve been working pretty much continually since you left school. But I imagine there was still a lot to learn on the job?
TB: For sure. So many little things, technical mostly. The acting is the same; it’s more about being aware of cameras, and apertures, and hitting the mark, and lighting, and so many other things. At school, the emphasis is on the acting. So it’s theatre mostly, with very little screen acting knowledge; it’s difficult to teach, and has its own challenges.
But you learn quickly. On the set of Grantchester, Robson Green was really good with the technical bit – I learned a lot from him. And one of the first things I did, Doctors, was a great learning experience. They shoot everything very quickly, so you really have to learn to trust your instincts and just do it.

TDH: What’s the best piece of advice you’ve had from someone you’ve worked with?
TB: I’ve worked with some great people. With Tom Hanks, it was just watching him work, little things. I can’t even put some of it into words, but it’s invaluable as an actor. I watch everyone, and pick up bits here and there.

TDH: What part of the process do you enjoy most?
TB: Getting the call! (laughs) It’s true. Because then you have something concrete, and something to work towards. All the rest follows from that moment.

TDH: Comedy or drama?
TB: I would love to do comedy, to be good at it. Robin Williams was such an inspiration to me. But comedy’s difficult. And drama, every actor loves a good dramatic role.

TDH: And what about stunts? Have you done any yourself?
TB: I would love to do more, but production companies are usually very careful with their actors! In Grantchester I ride a motorcycle, which I actually had to learn — something I never envisioned myself doing! But I did it, and now I hope I get to ride it more for the series. There is a stunt man, but I also do get to do some of my own driving. So you’ll see me on the bike. I asked to do more, but they laughed and said I wasn’t Tom Cruise!

TDH: But you must have done some of your own horse-riding in Outlander.
TB: Again, I wasn’t that keen on riding to begin with! Horses are not always predictable. Horses are not machines — as I was constantly reminded on set. There’s something about knowing that squeezing your legs when riding spurs the horse on. But then when it’s going fast, and you feel out of control, it’s almost impossible not to squeeze as you hang on with every part of your body!

TDH: I know that feeling! A friend of mine once joked that a horse was a motorbike without brakes.
TB: Yes! Exactly.

TDH: You’ve worked a lot both in the States and in the UK. What’s the difference?
TB: (laughs) The catering!! In the UK, it’s tea and biscuits. Over in America, they’ve got it right. They’ve got everything, they know how to do it.

TDH: I read that one of the things that draws you to photography is capturing visual stories. How do you tell stories with your camera — and what kind of stories do you look for?
TB: With photography, the whole story is there, in a single image; no words necessary. It’s very powerful. I know everyone has a camera now, everyone is a photographer, and that’s great. Because an image is still so powerful, wherever it comes from.
I went through a phase of photographing protests, capturing real emotions on real people. That’s what interests me, people and their stories. When you are taking the picture, you frame it; you set the context, you set the lighting. But the best photos capture the raw essence of a person.

TDH: Is there an image that stands out for you from your own photography?
TB: There’s one image I have, it’s very sad. There were some women opposite Downing Street, taking part in an anti-execution protest. And there is an image of two women in the front, crying and screaming, holding posters of missing relatives. The emotion from these two wailing women, it’s an image that sticks with you; it really captured something terribly tragic.

TDH: Understanding how images are framed must help with your day job too?
TB: Yes, and the lighting and apertures and all that. It all helps, because there is a lot of technical knowledge required to do your best. 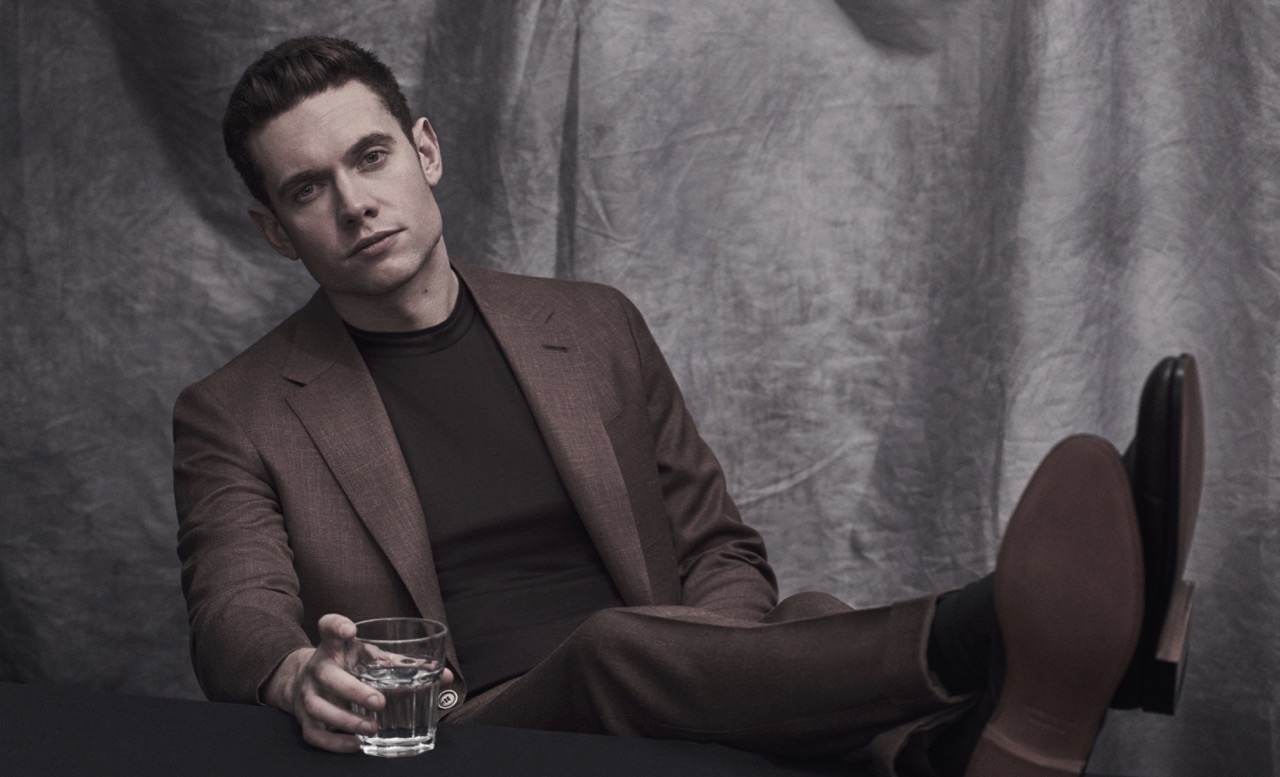 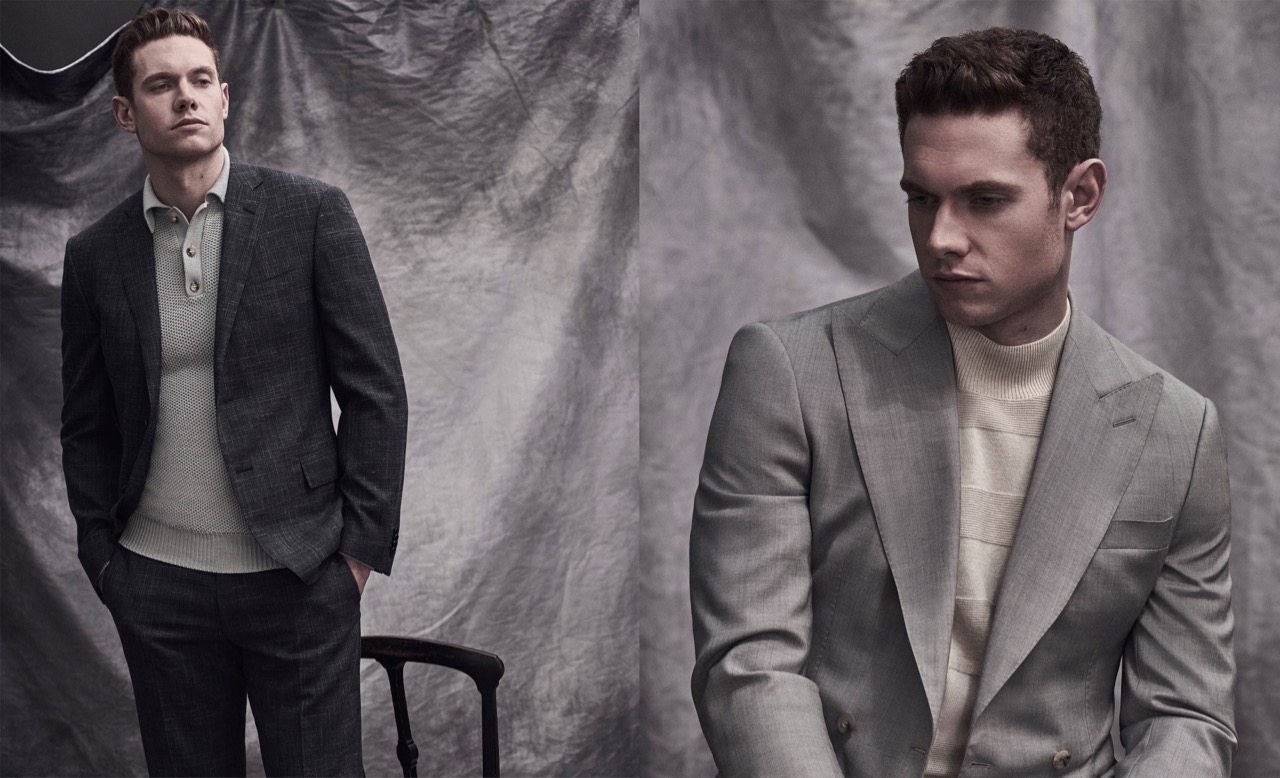 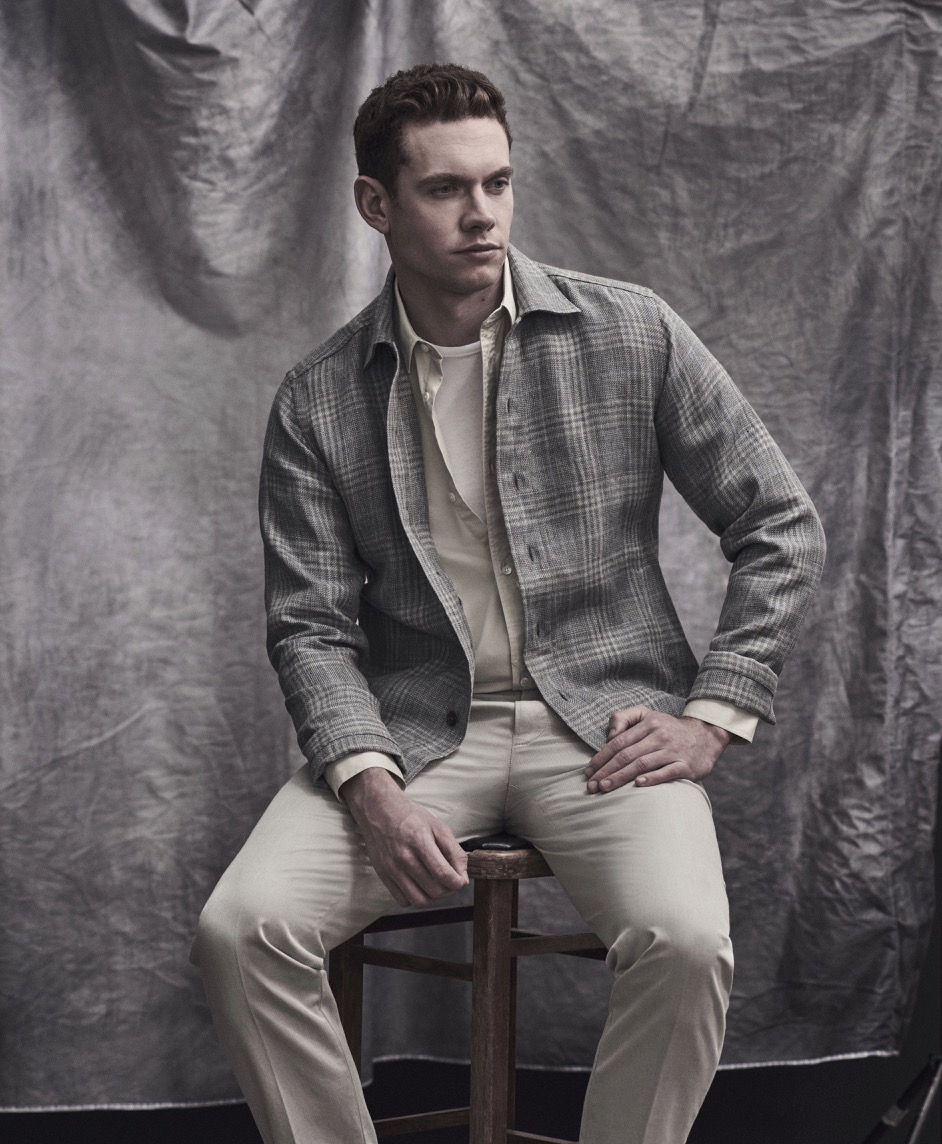