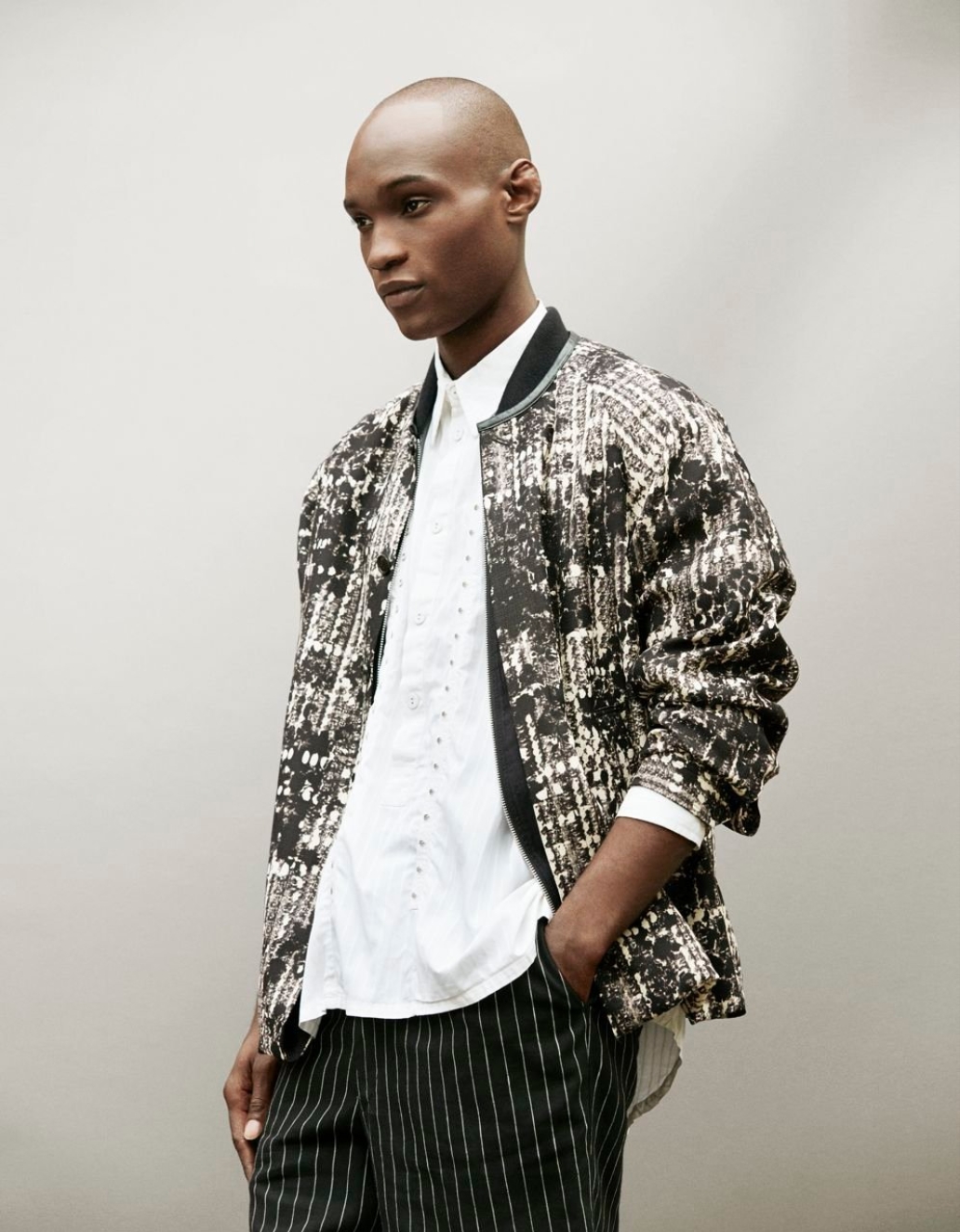 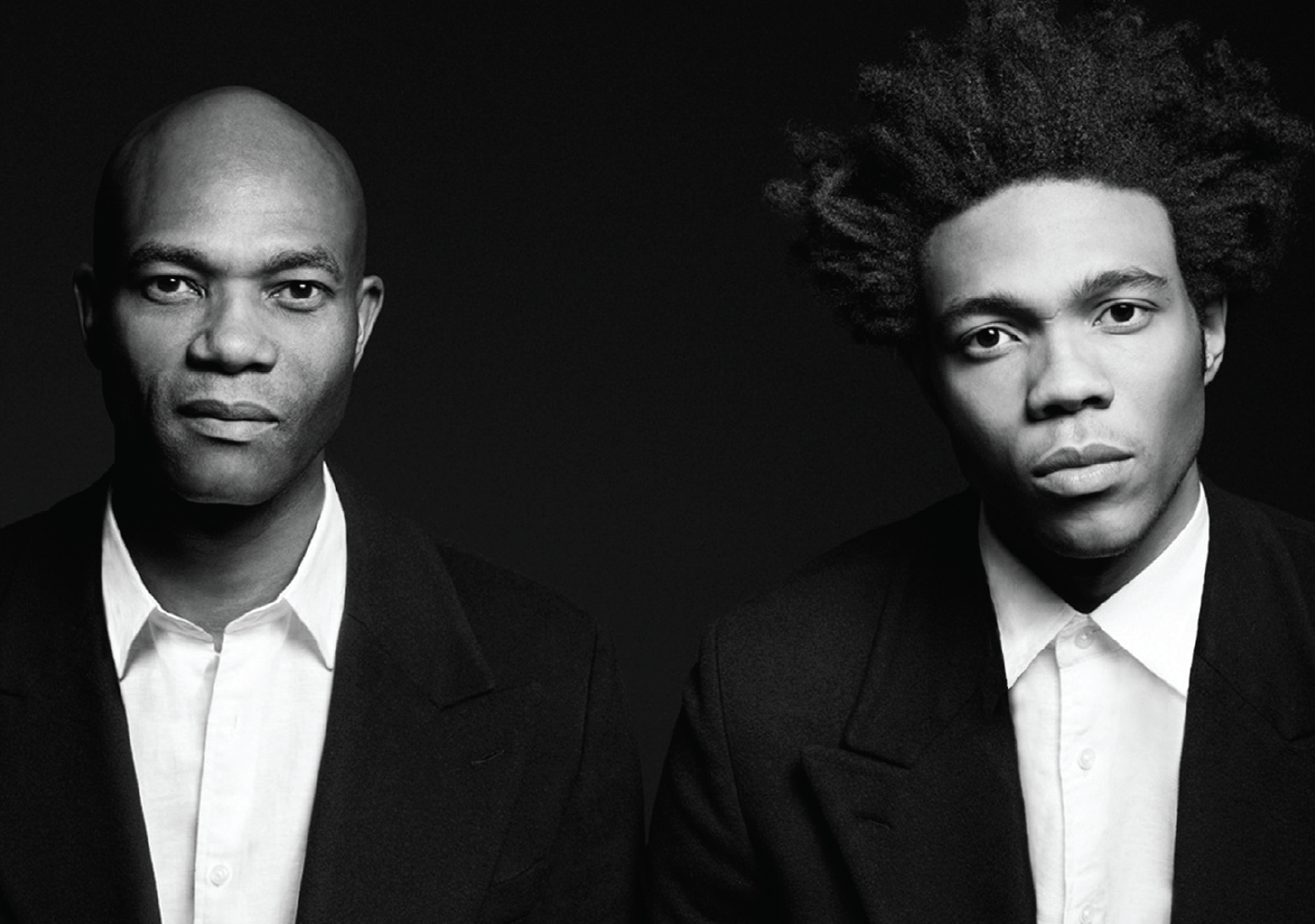 In person, they look like they do in the photographs that always accompany their interviews; poised, balanced, as composed and complicit as a pair of Arbus twins. But what’s most striking is their extraordinary, genuine ease, with each other — and with the way each of them has come to publicly exist as part of the other. But Joe is both more measured and more fluid, in how he moves and speaks. And Charlie is restless; shifting positions, hunching deep in his chair, and constantly unfolding and folding the endless limbs that shoot out of the ends of his jacket and trousers.

The restlessness is understandable. He’s listening to a story he’s heard in many interviews before, one neither of them can escape even if they chose to; of how Joe, at 28, (the same age Charlie is now) burst onto London’s fashion scene, as the scene itself was bursting into the world’s attention — and of how, thirty years later, the Casely-Hayford name has burst spectacularly back into the spotlight once more. Last January, in the concrete maw of Oxford Street’s Old Sorting Office, they presented a show lauded as “the most accomplished debut LC:M (London’s biannual menswear event) will ever see” — decades after Joe’s first, more quietly-hailed debut.

“You think it’s crazy now? You should see it on a Saturday night — it’s busier than Piccadilly Circus!” Joe Casely-Hayford laughs. Kingsland Road’s high-velocity chaos is nothing new, either to him or his son Charlie; it’s been the horizon of their shared universe for almost three decades, and has seeped deep into their work in the five years father and son have collaborated together. As a label, Casely-Hayford has become known for their command of London’s flux, for drawing on the rich overlaps and unforgiving clashes of the city’s past and present cultures. They make clothes that can be complex and boldly assertive, and even noisy — yet which also pulse with a dense, subtle energy. But the space where they work, at the end of the road (on Cotton’s Gardens, a side street that ducks away from the thoroughfare’s roar) is utterly calm. Downstairs is stuffed with thickly-packed running rails, in the middle of which Maria Casely-Hayford — Joe’s wife, Charlie’s mother, the other corner of their trinity — sits lost in the glow of her computer screen. Upstairs, a neat room with honey-brick walls and honey-pine floors is lined with more rails; emptier, neater, edited, framing a pair of back-to-back desks. 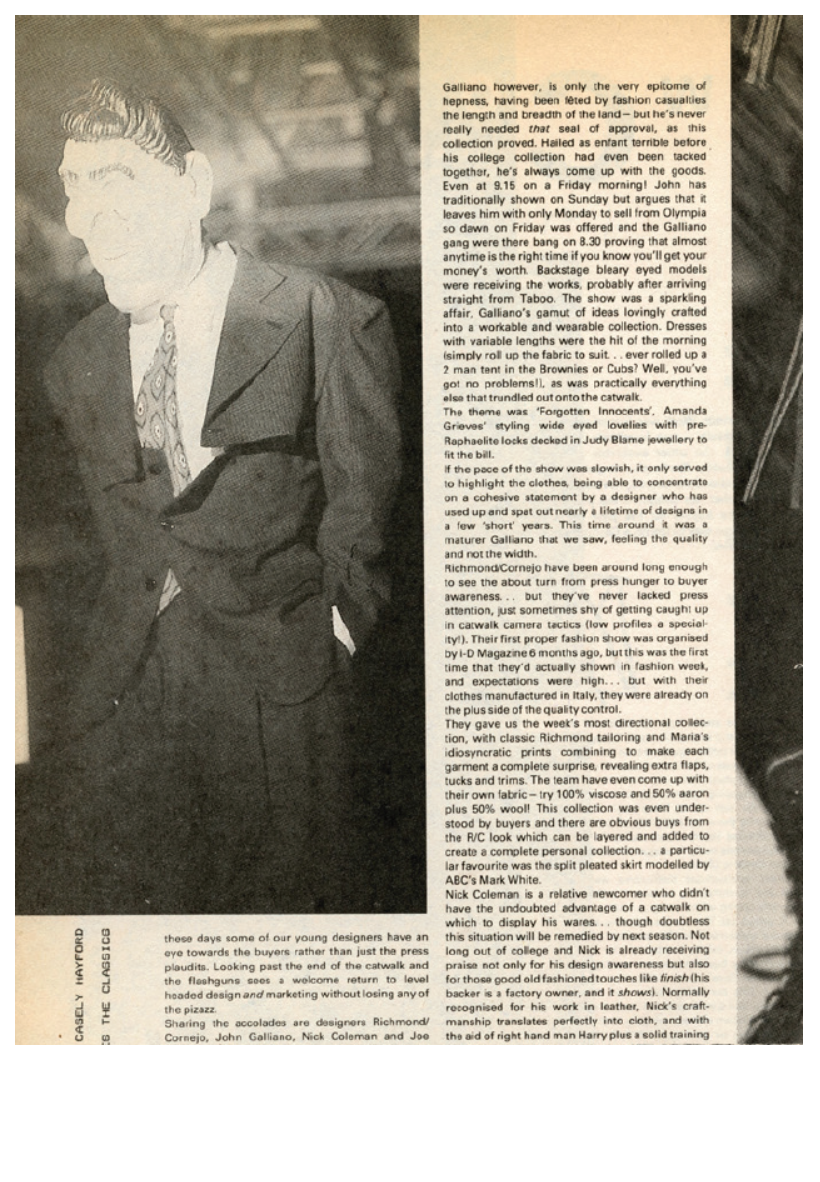 ...A community has formed in a border town bringing with it elements from different cultures. This community is not poor but nevertheless exists on the edge of society. Its people are isolated individuals or those escaping the fragments of a former life. This collection extracts key elements from their world...
— Press Release, Joe Casely-Hayford, 1998

I arrive at the Casely-Hayford studio in a daze. Walking down Kingsland Road (the slow, wide slope that slits through London’s eastern rim) can do that to you. I’ve travelled the route once before, years ago, by bus — but what was just a colourful blur from the 243’s top deck explodes into a full-blown Babel on the ground. The road is jammed with rainbows of shops, each elbowing its neighbours in protest about when and what and where it is. Kebabs sizzle between blackened brick Victorian arches and glass apartment towers, artisan cafés jostle strip-lit barbers, boarded-up pound shops slump defeatedly against exuberant new bars. Signs blare in every language; LOONG KEE, SUTTON & SONS, BESIKTAS FC, DELICIAS BRASILEIRAS, LADY GLITTER, TICARI DANISMANI IK BURECU, YU XIAO. And on the pavements, all of London’s tribes collide; the daytrippers, the born-and-bred, the transplanted, the drifting, the lost. 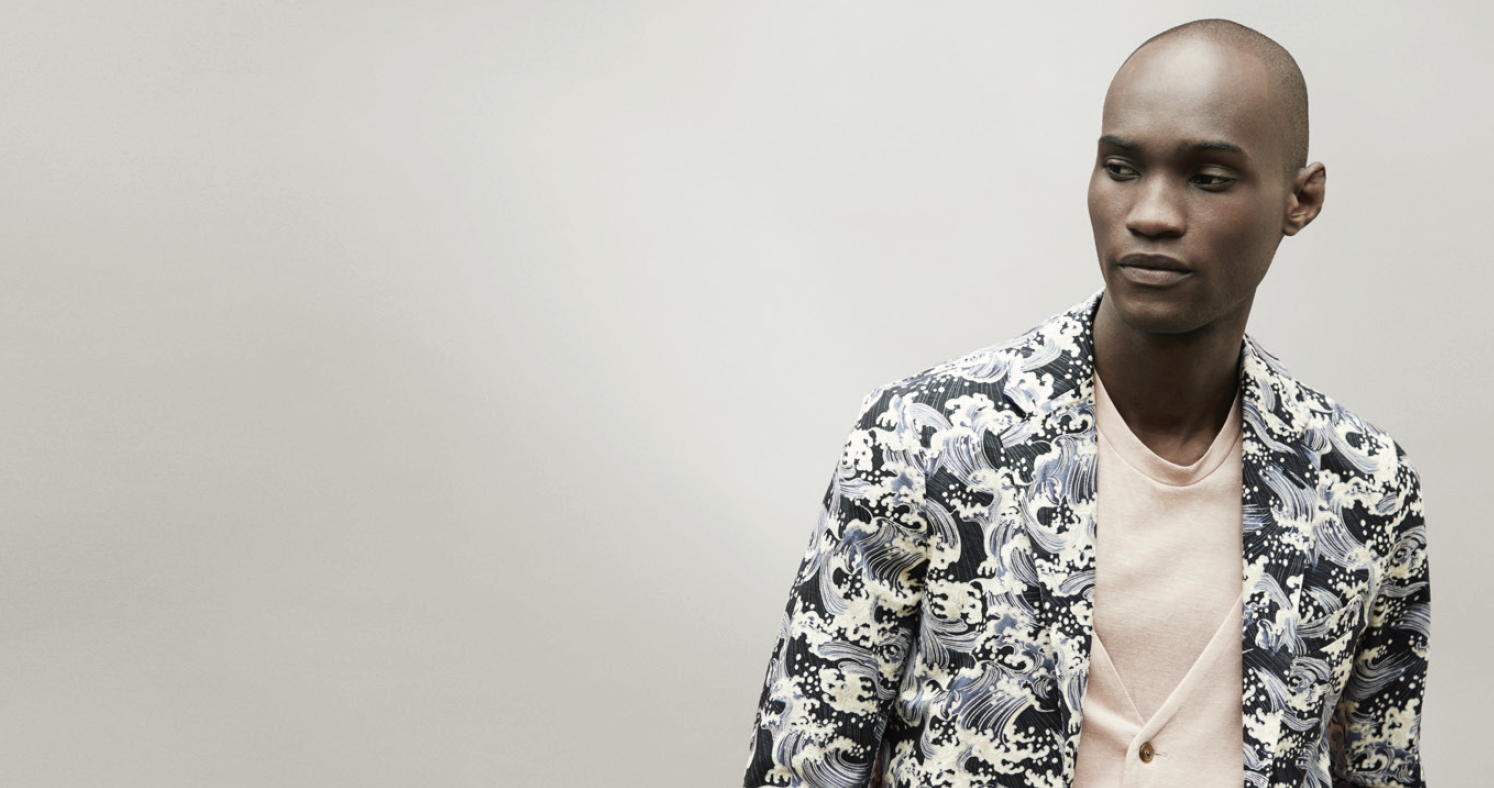 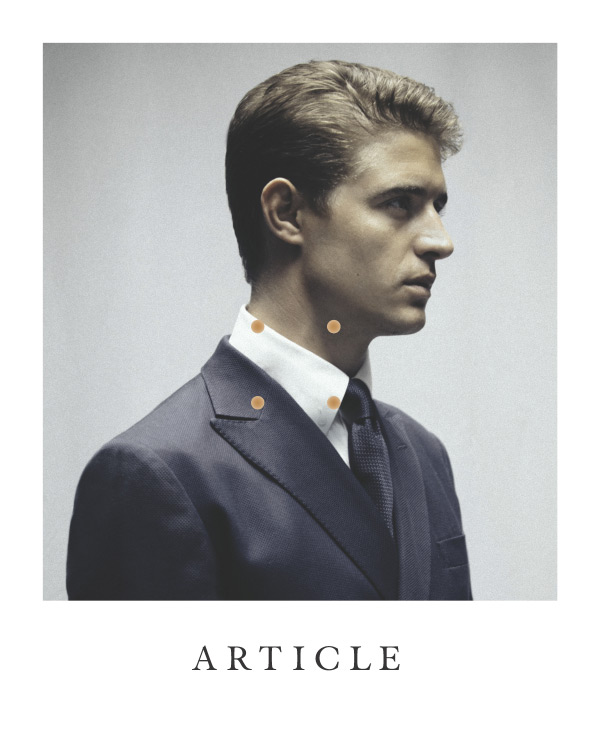