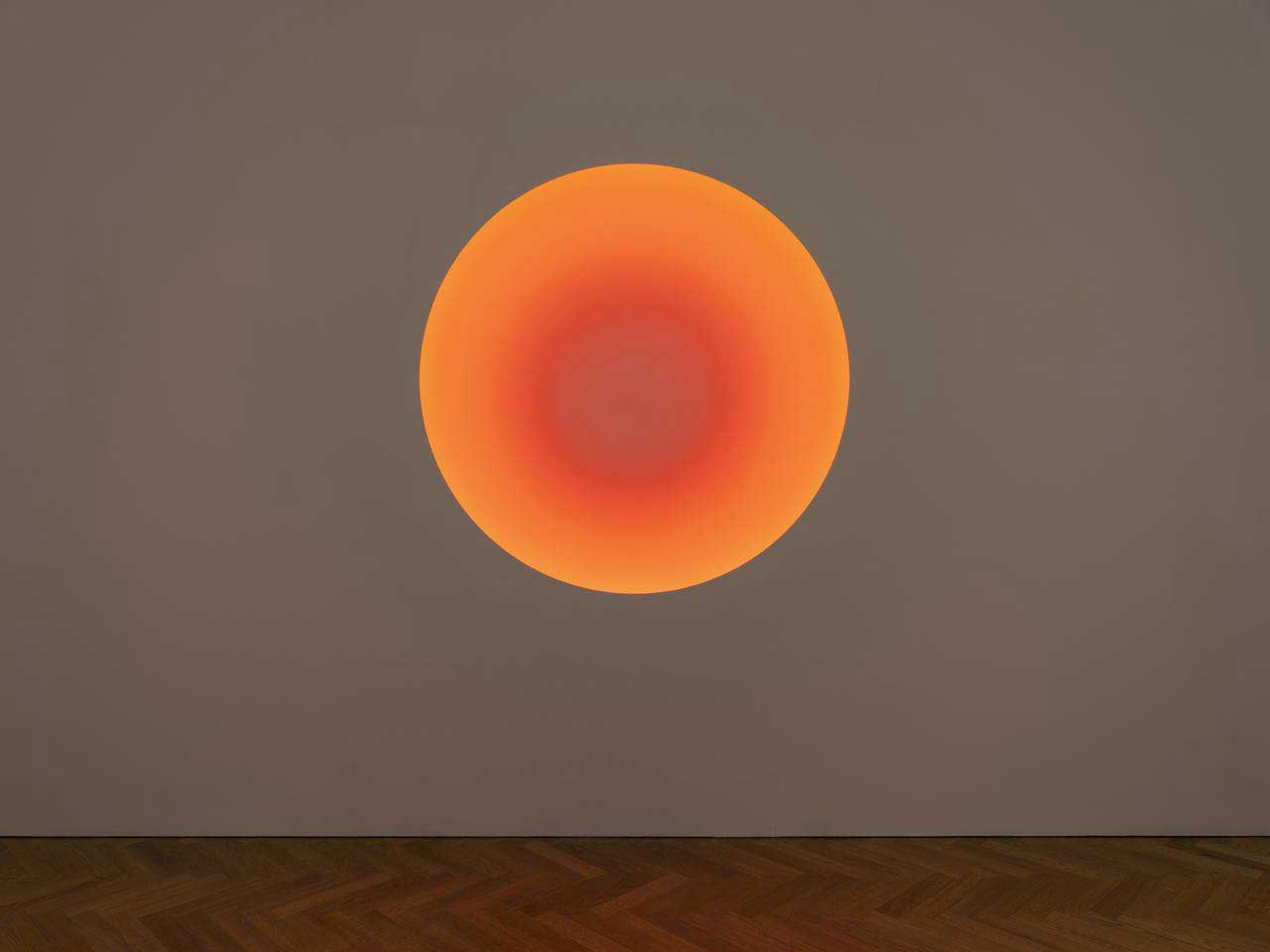 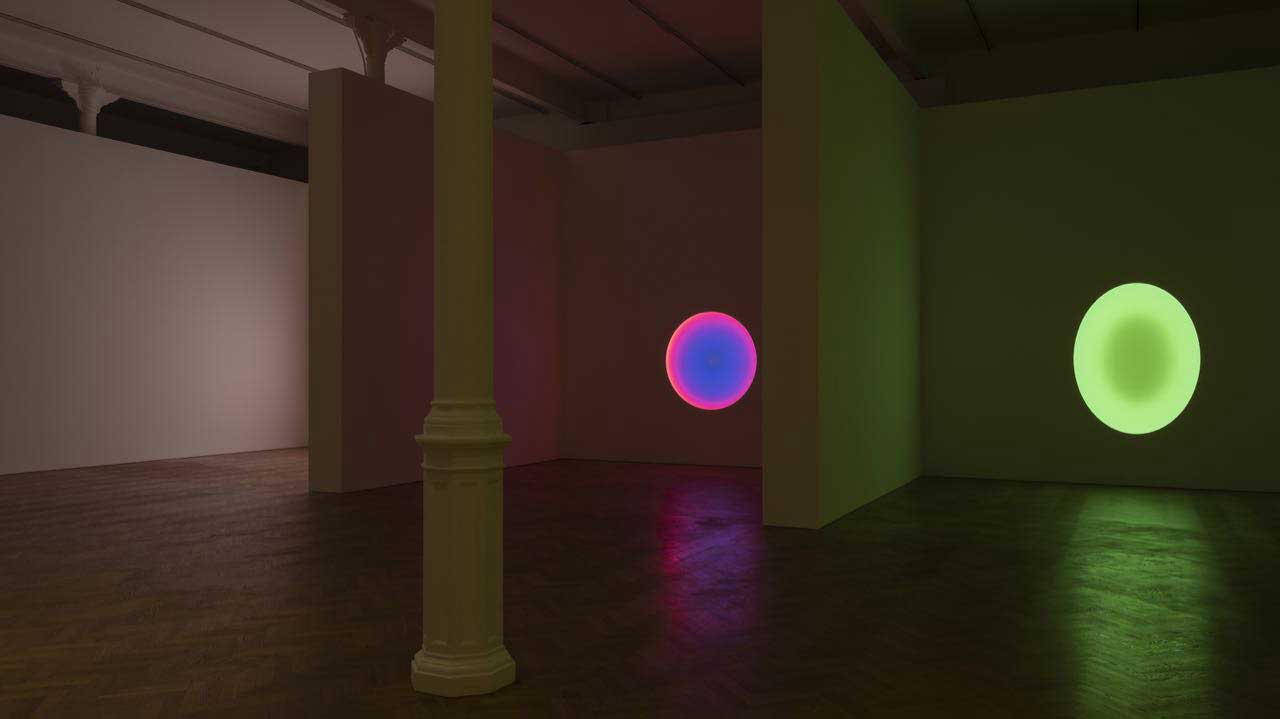 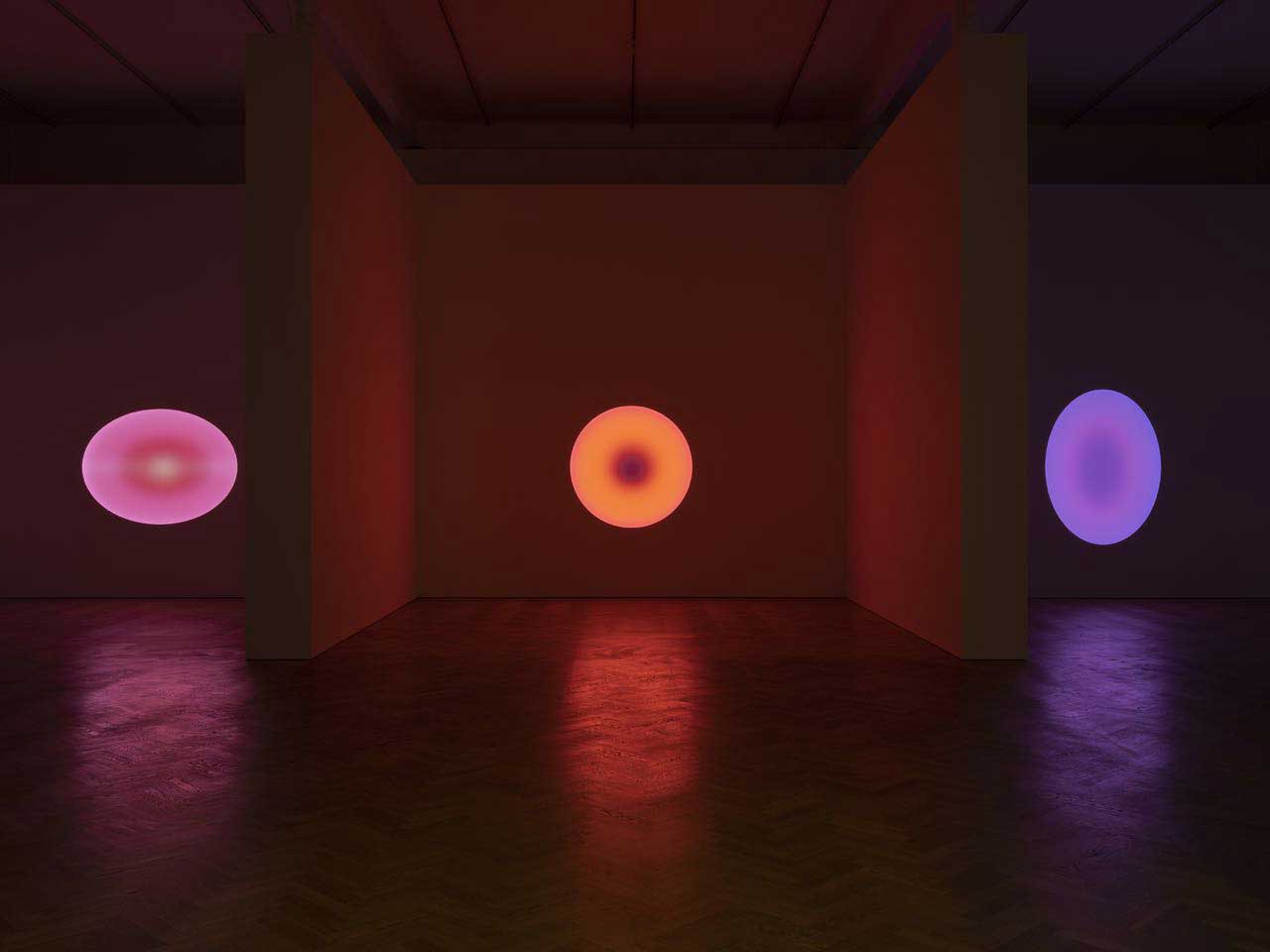 Pace, who has represented Turrell since 1967, is exhibiting four new pieces from the Constellation series at their gallery on Burlington Street, central London. The first piece, in the small gallery on your left as you enter, is a single diamond-shape of effervescent blue set directly into the wall, subtly and imperceptibly altering colour and form the longer you look at it. The artist himself has called them “spaces within space”. Oliver Shultz, Curator Director, Pace Gallery London, describes how “gazing into them results in the slow dissolution of the boundaries of the surrounding room, enveloping the viewer in the radiance of pure colour”.

The works represent decades of investigations into light and what can be done with it. Unlike his early projection pieces, these pieces are not illusions. Here they confront the viewer in a very raw form. It is what Turrell calls “the physical manifestation of light, which we have trained our eyes too readily to look through rather than look at”.

Shultz describes each Constellation piece as consisting “of a cut made directly into the gallery wall, producing an interior void that seems to contain a glowing atmosphere of chromatic brilliance”. Most of the work goes unseen. The delicate and singular nature of light means the smallest things can dramatically disrupt the perceptual effects of a piece and so environments for viewing must be managed down to the tiniest detail.

The other three pieces, two elliptical and one circular, are located in the largest gallery, which has been reconfigured to include three separate viewing spaces, side-by-side. Each three-sided cubicle has been carefully designed to accommodate one work each, displayed on the wall facing viewers as they approach. The cubicles have a futuristic pod-like feel and the works appear like portals, emanating light from unknown depths. 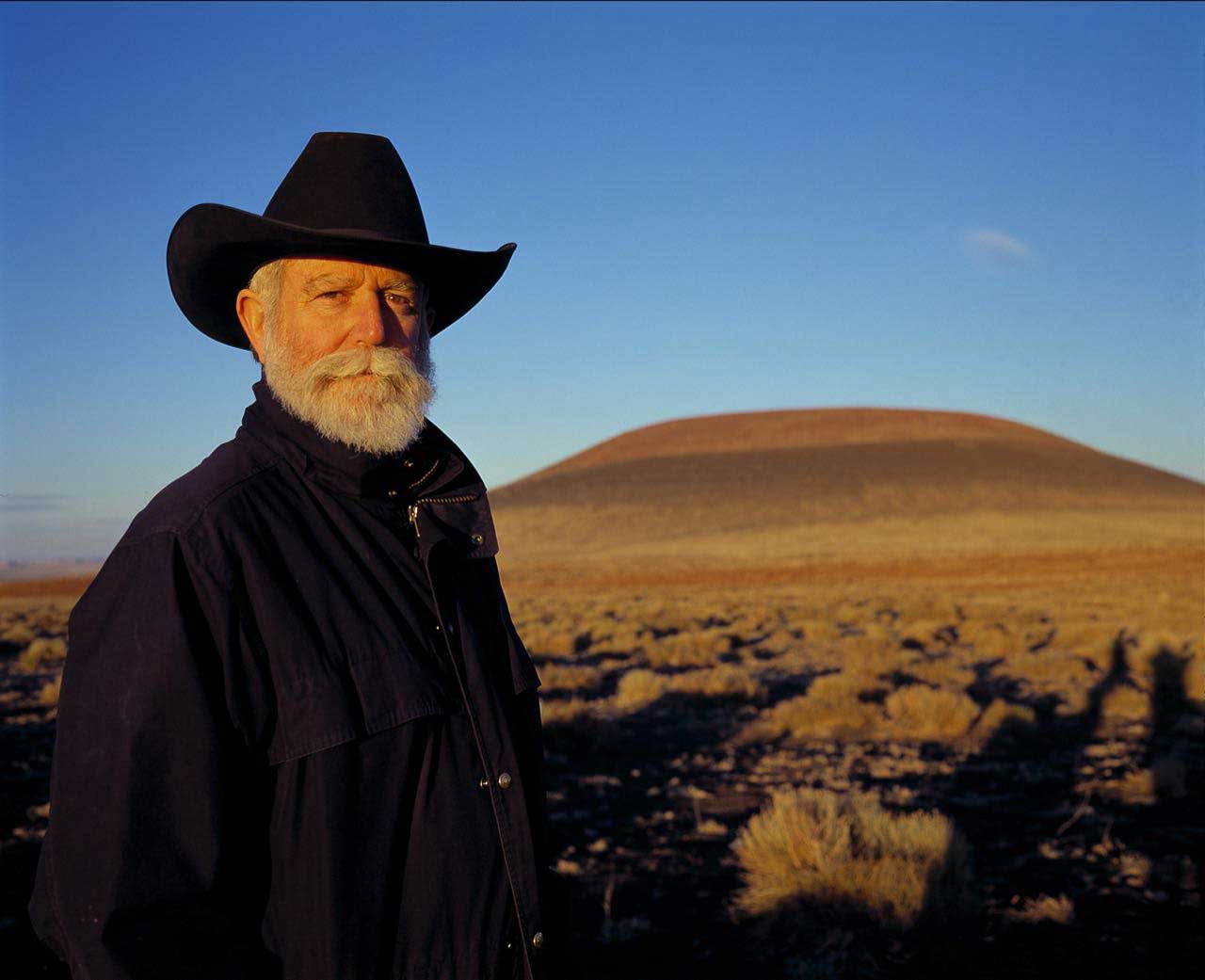 Turrell graduated in 1965 with a BA in perceptual psychology, while also studying art history, chemistry, geology, and astronomy. It was while studying in the Studio Art program that followed these studies that he began to work with light in a very different way than artists had done in the past.

His studies led him to want to use perception itself as the object of his art. But how to frame it? While one aspect of being human is our capacity for perception and reflection, another is that we are specifically attuned to light: beyond the visual, we can feel it. Turrell has used this sensitivity to light in specific ways. Light has always affected art: it illuminates, it reflects, it reveals, it obscures. But Turrell wanted to go further. He wanted to use light itself as the medium.

He also wanted to avoid using images in his work, intending to avoid any associations, symbolic or otherwise. To achieve this, he has focused on creating spaces – spaces where light can somehow be caught or contained, for our perception. This has also meant spaces where we, as viewer and participant, are sometimes inserted into the artwork itself in order to experience it.

Time is another important element of Turrell’s work; it takes time to let perceptions form. When he began his career in the 1960s, he was associated with the Space and Light movement (a loose grouping of minimalist, abstract artists working with light). Today Turrell is also recognised as a pioneer of the idea of slow art. 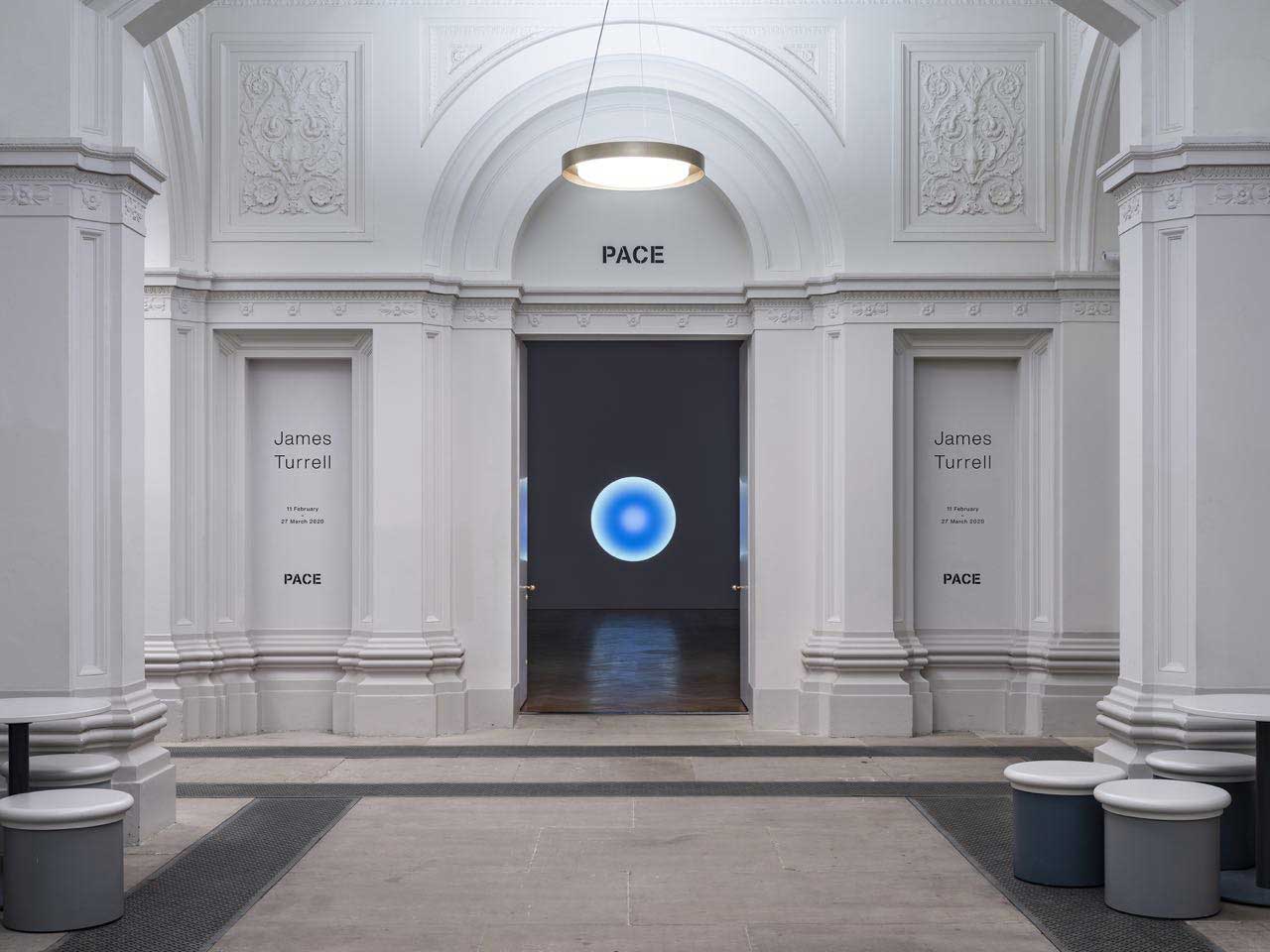 Entrance to the James Turrell exhibit at Pace Gallery in London, 2020

Slow art has been described as being that which “transpires in the space and time between beholders and beheld”. A movement it is not – referring more to a kind of experience, or experiences, as opposed to a group of objects or style. In recent years similar slow movements have arisen across various cultural practices, from cooking to sex. As long ago as the middle of the nineteenth century, Baudelaire identified the ephemeral as being one of modernity’s defining features. Since then the idea of progress has been indelibly linked with speed and the shock of the new has grown old increasingly faster. For the art world, work that reveals its meaning fairly quickly, instantaneously even, sells well. Slow art reminds us that art is not image alone, if at all, and needs time for its meaning to unfold.

The work that best exemplifies this aspect of Turrell’s practice, and also the thing he is best known for, is the Roden Crater. Pace Gallery London is supporting a crowdfunding drive in an effort to both move the project to completion and to raise awareness of this truly monumental endeavour. Together with Kayne Griffin Corcoran, this was launched at Frieze Los Angeles 14 – 16 February, and visitors to the London exhibition will be encouraged to participate.

The Roden Crater is Turrell’s magnus opus, a place to experience and contemplate the light he has been studying his whole life; at once the culmination of a life’s work, and a gift to future generations. Acquired in 1977, the volcanic crater sits in Arizona’s Painted Desert, following in the tradition of American landscape art, where travel to a site, often remote, is involved. While externally the crater has been left largely unaltered, inside there are specially engineered tunnels and viewing spaces, offering access through exquisitely designed apertures to the light of faultless desert skies. 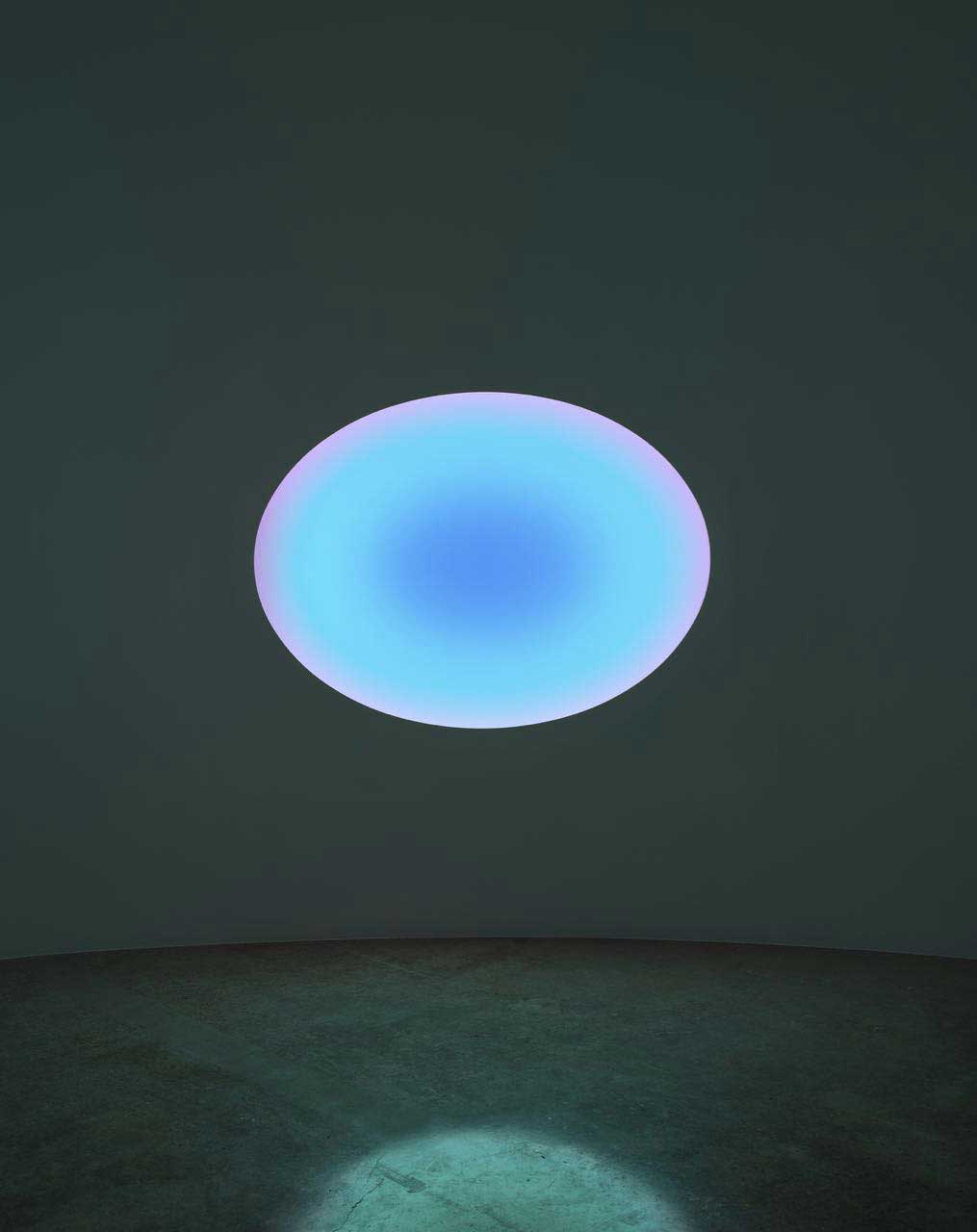