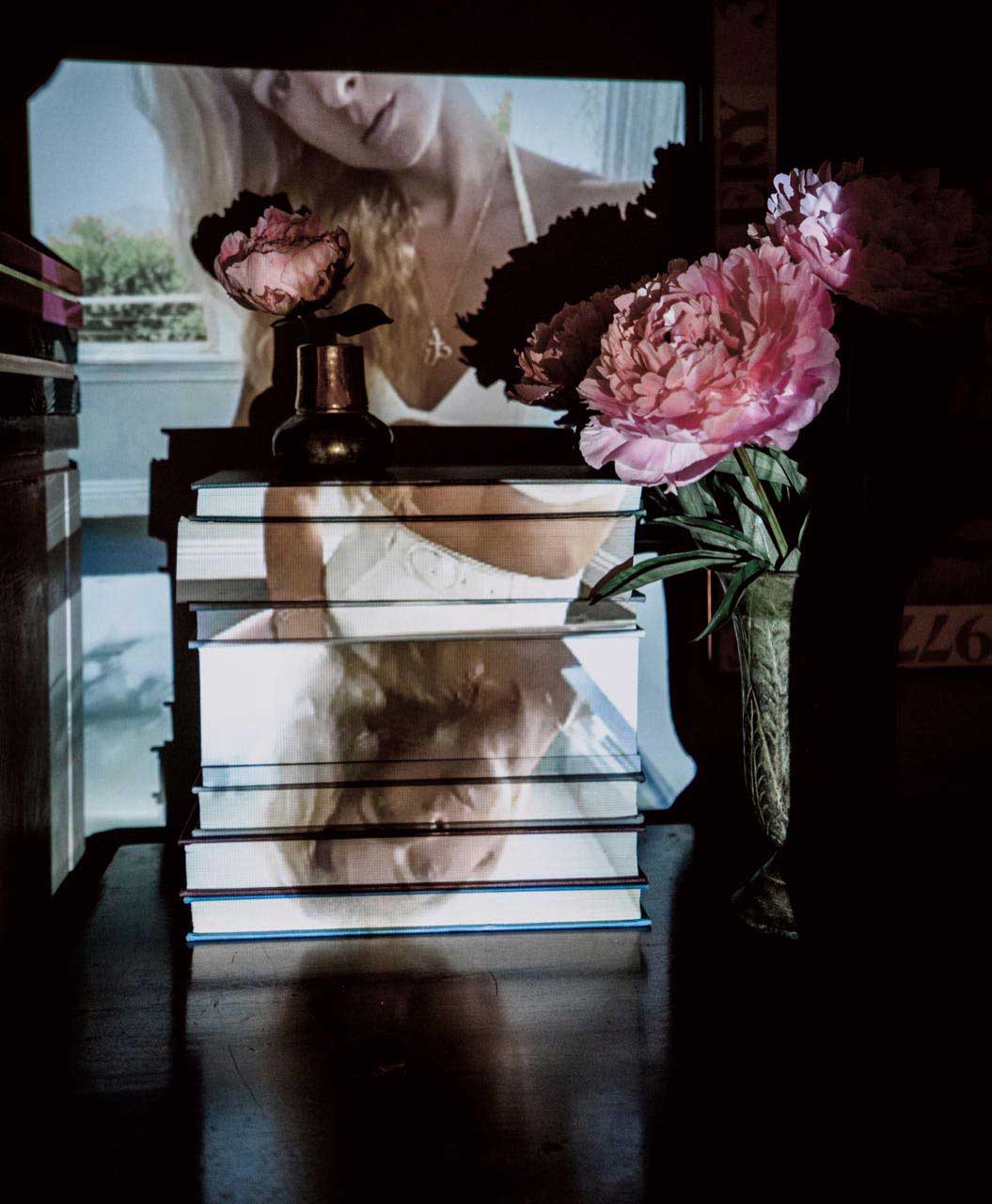 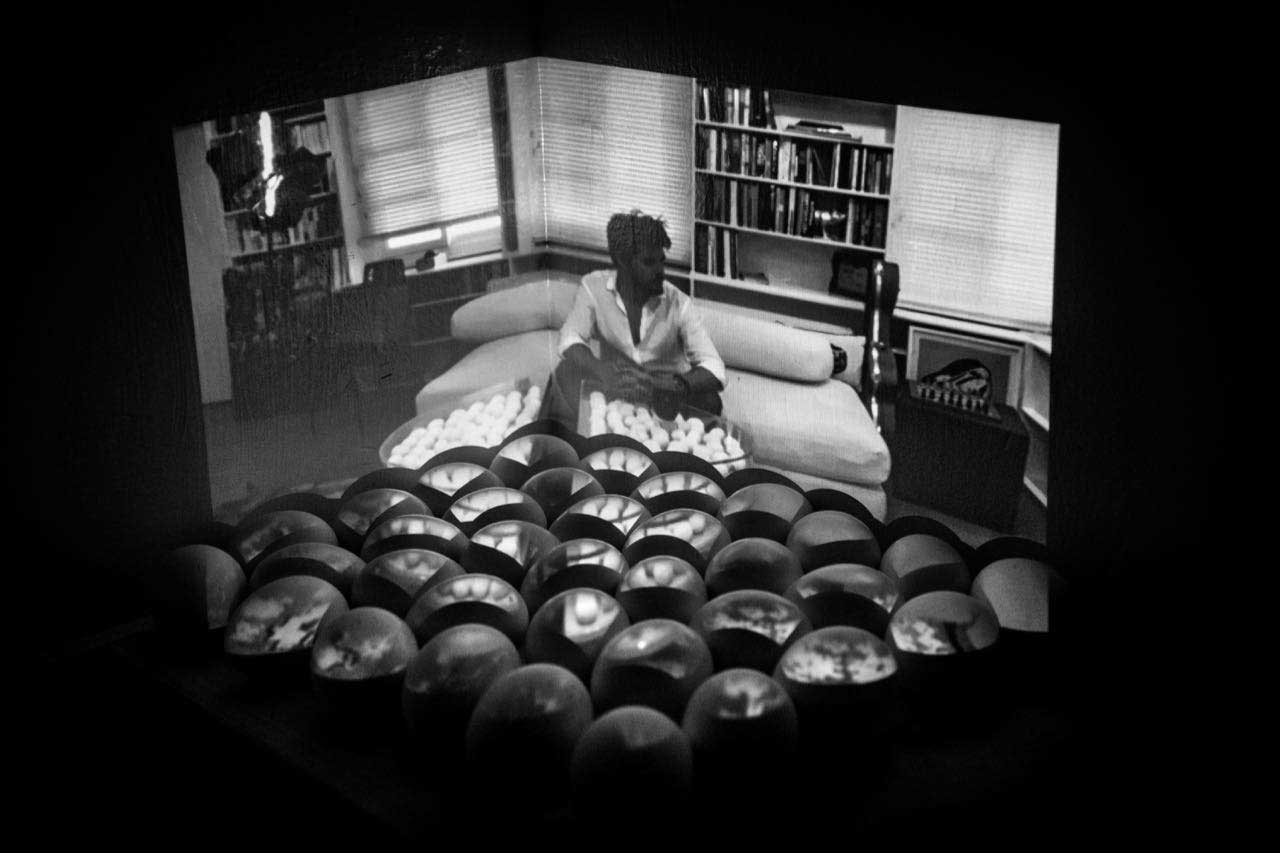 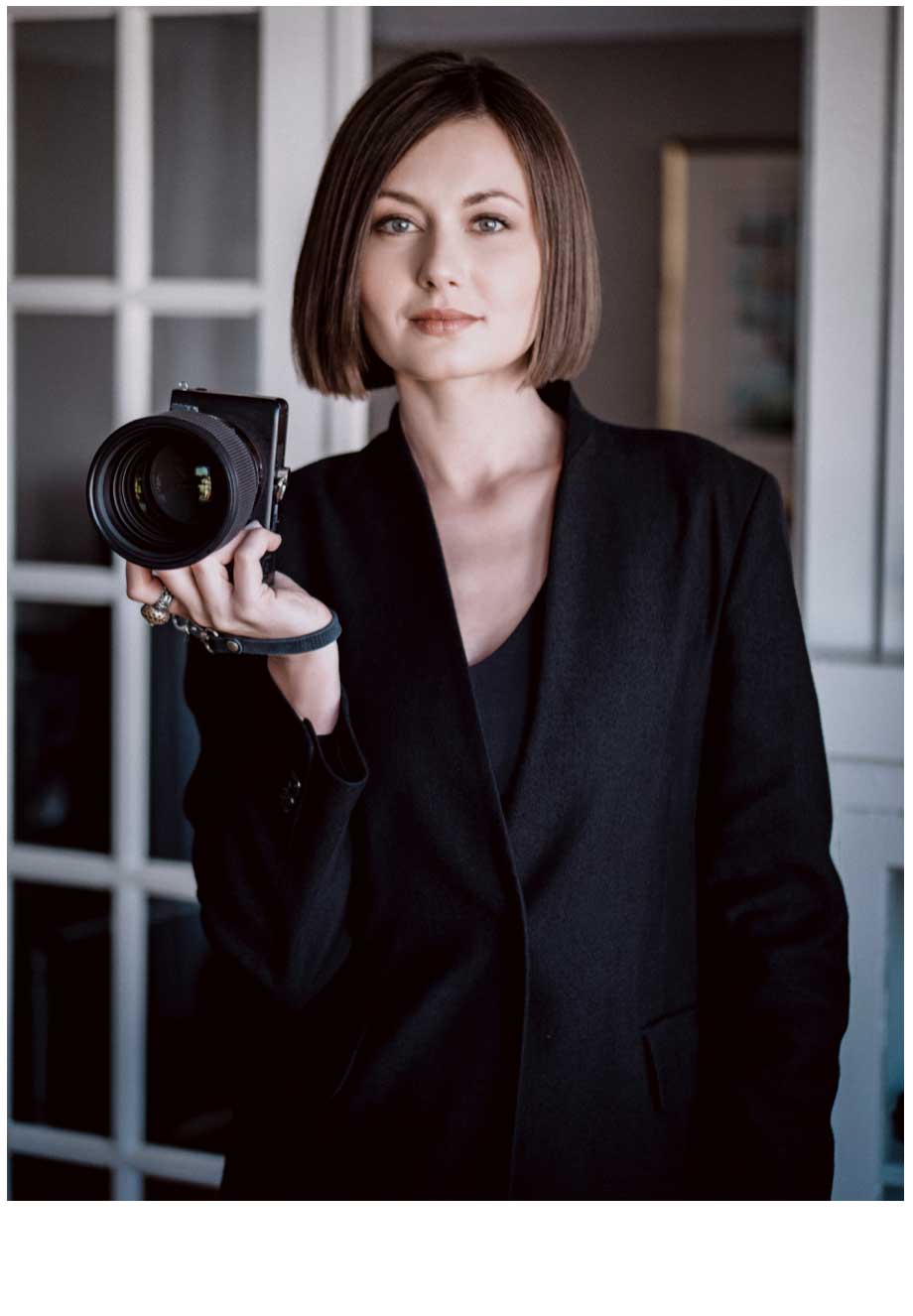 We were recently able to speak with the artist, currently represented in the UK by Bloom Fields Art London, about her most recent project.

Trisha D’Hoker: Can you tell us about the Teleportation project and how it came about.
Anastasia Blackman: It all started with that claustrophobic feeling and how can I be connected with other people, not just here in my city, but all over the world? Everyone was sitting at home. It was a unique opportunity and, during the first couple of months especially, I was feeling excited to have the time and capacity to experiment, to use all those creative languages I have been learning over the last sixteen years. And so, by combining technology and craft, I was able to come up with a new way of connecting with people. I realised it doesn’t matter if the person is in San Francisco anymore, not if you could talk to someone in London, or Paris, or Milan and still feel a connection and be able to create together.

TDH: Where have you been during lockdown?
AB: I’ve been at home in San Francisco, so all the pictures were taken in my house. I was trying to see how I could use the technology and the things around me, without building anything, to make short films or some kind of short connections with people. Some people I knew already; others I met through the project, artists also interested in using unusual combinations of technology and imagination. So I would receive the image from that person on the other side of the world and recreate it in my apartment, in a little scene, based on what we were talking about. In this way, I would create like a little stage. By connecting the computer that I was using for our zoom call to a video projector, I was able to project that person into that little scene in my home. Then I would turn my computer to the shot, so the other person was able to see what we had put together. It was always an incredible experience! I photographed one girl in the Ukraine, and it was seven am at her place and it nine pm at mine. So with this time difference, it felt like we were traveling through time. 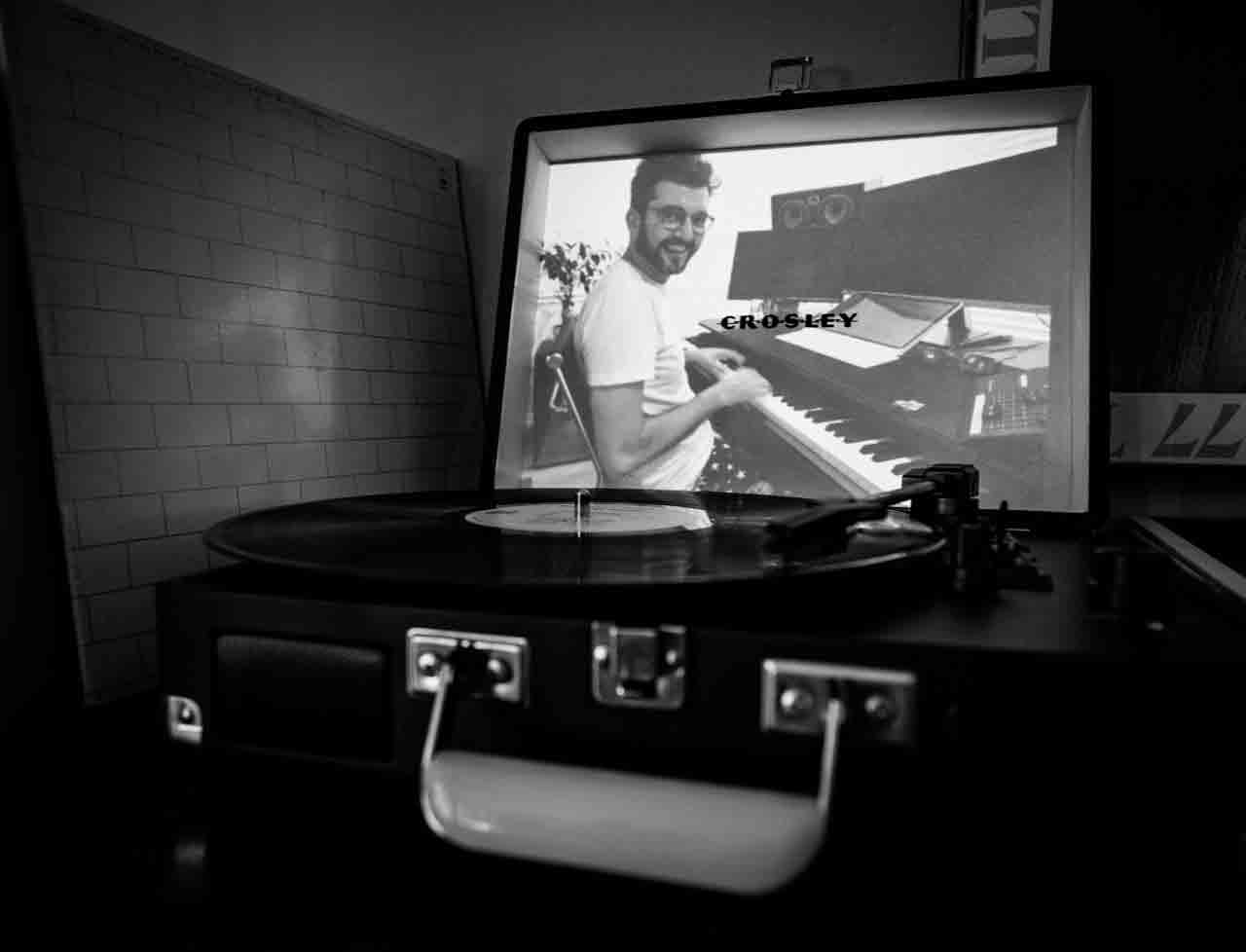 TDH: You were photographing the future.
AB: All this back and forth in time, into different countries, cities, time zones; it did feel like that.

TDH: Can you tell me a bit about your background, your story?
AB: I grew up in the Ukraine in a wonderful family, and I grew up in the theatre. My mum was an actress, and she brought me to the theatre at the age of five. So from five to fourteen, I was playing on the stage. I grew up with the sense that there is reality and there is reality you can create. We would craft non-stop; I used to love those little dolls that you would cut out, where you draw the dress and cut it out and put them on cut-out dolls. And we would play theatre! When other kids were going off for winter break, I would be doing these intense shows, three times a day.

So all of the fantasy that exists in you, all of the knowledge that with these things you can create different dimensions to tell stories – this basically formed my world view. Growing up I really appreciated the creative tool of using your imagination to create.

TDH: That’s very powerful, to recognise that so young.
AB: By the time I was fourteen, I also realised that theatre is a very local craft; dependent on the people involved and the physical things available in that place. And that these things have to come together, at this one time, in one place. When we talk about theatre, with regards to storytelling, it can be very limiting. When we talk about cinematography in that capacity, and all the post-production, there’s an enormous amount of freedom to tell anything. You can use animation, you can create film effects that take you back to 1920s – all those little things, like little puzzle pieces, help us to create stories and share them. 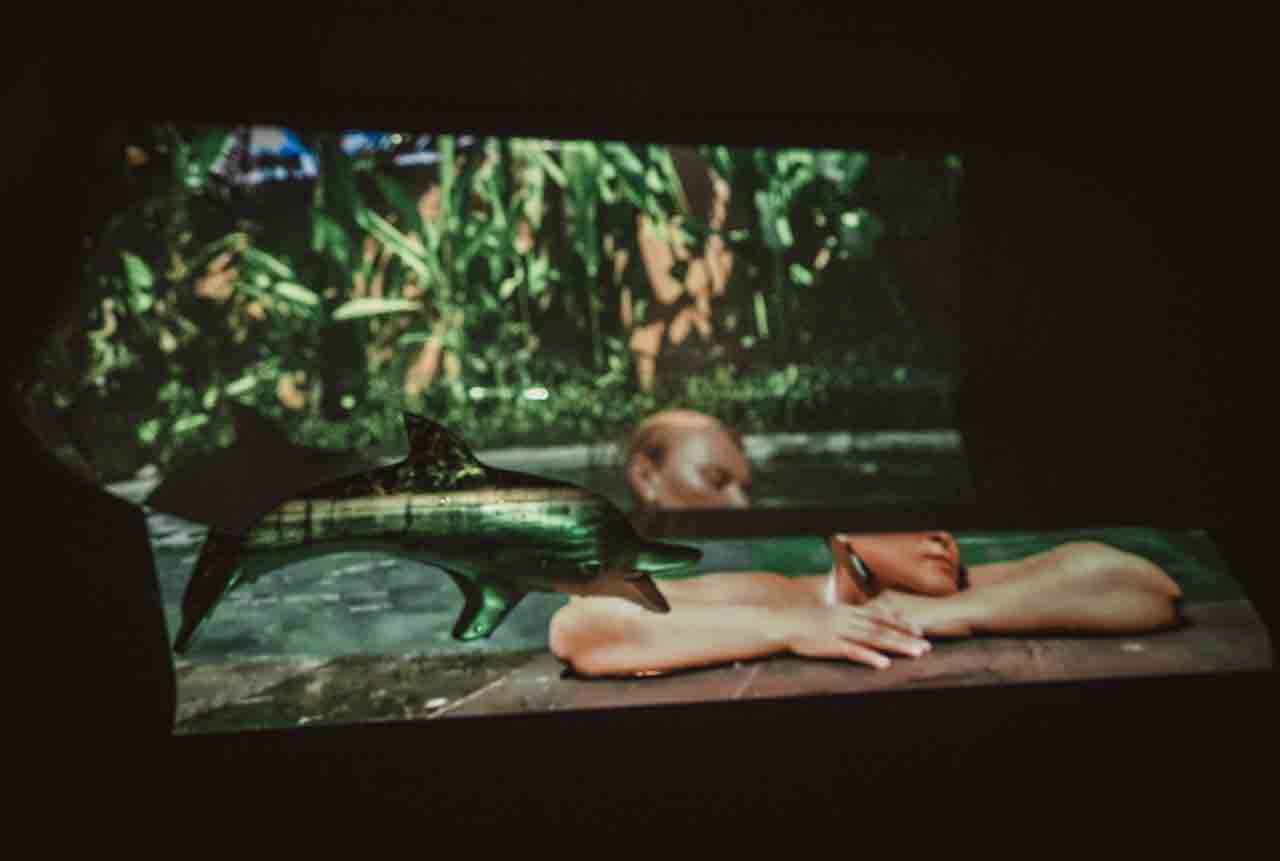 When I was fourteen, I got myself into a local tv channel where I worked as an intern, possibly the most passionate intern they have ever had! I would go to every single person – the editing team, the directors, the cameramen – and ask endless questions: how does the camera work, how do you edit, how do you write a script, what is a producer, what does a director do? I focused on cinematography and began to produce my own videos. This allowed me to find the connections between talented people, the story, the atmosphere, the decorations, and bring all those things together. Like with paper cutting – we would cut silhouettes out of paper to create shadows and layer them into different dimensions to create something I was not able to find in real life. I would always add or craft something and put it in the shot to add some surrealness to the reality, to make the story more unique.

I started to do research on film festivals and tried to learn as much as I could from everybody. I was also interested in why people were doing what they were doing. All this eventually led me to produce a documentary called The Vision, about how blind kids imagine our future. With this film I won a teen short film festival, which allowed me to realise my dream of studying film and photography at the Kyiv National University of Culture and Arts.

I really enjoyed my time at school, surrounded by all these creative people. We would make experiments to see what we could come up with. And one of those experiments was recording a video projection through a glass of water with a time delay – we wanted to see if we could create this underwater dream-blend. So that was our first little teleportation experiment. 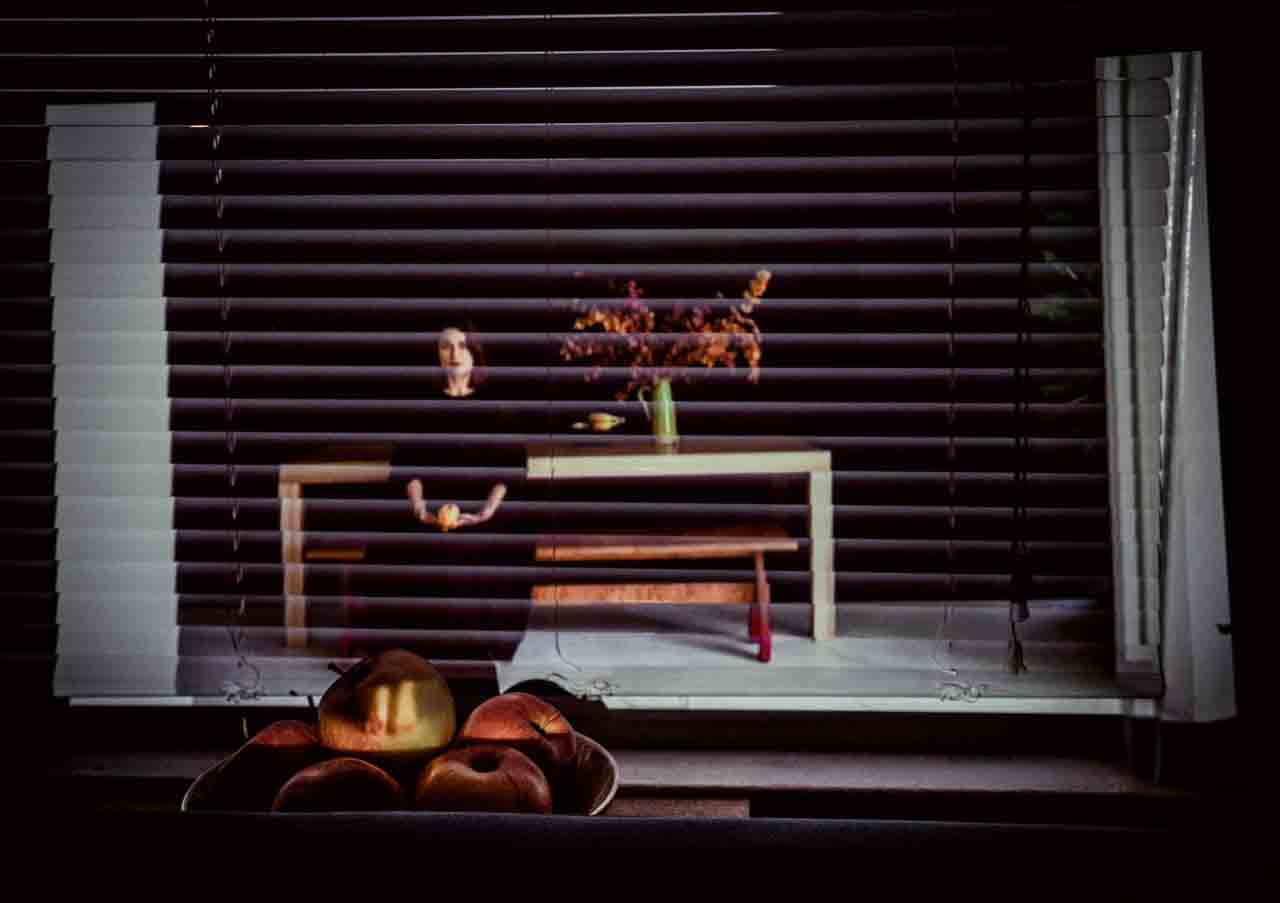 After school, I got into producing because it allowed me access to different creative outlets and sources. You can dream of something on your own, but when you include other people your dream can become bigger, the impact can become bigger. I started to understand that a one-woman show is great, but if you have other creative people who are awesome at what they do, then you can create much more. So that became my mission: to find creative people anywhere I go and to try to create together. So that got me into travel and eventually brought me to the U.S.

I was in working in New York and Los Angeles and now I’m in San Francisco. Being a creative person in such a tech-orientated city is definitely very exciting because the access to technology here is much more advanced and that allows me to level up the level of storytelling with what is available. For example, little things like projectors becoming cordless, wireless – now you can project outside. Before it was an enormous thing you had to plug into the wall. So the technology has really facilitated this kind of thing and made it possible in a way it wasn’t before.

TDH: Have you filmed in this way or only taken photographs?
AB: I do both. I will record the video then I will photograph the projection during the zoom call. Then I will replay it again to autograph something specifically, taking something from the conversation we’re having and improvise something and show the person how that would be. Then I replay that back to create the best shot that will reflect our conversation. 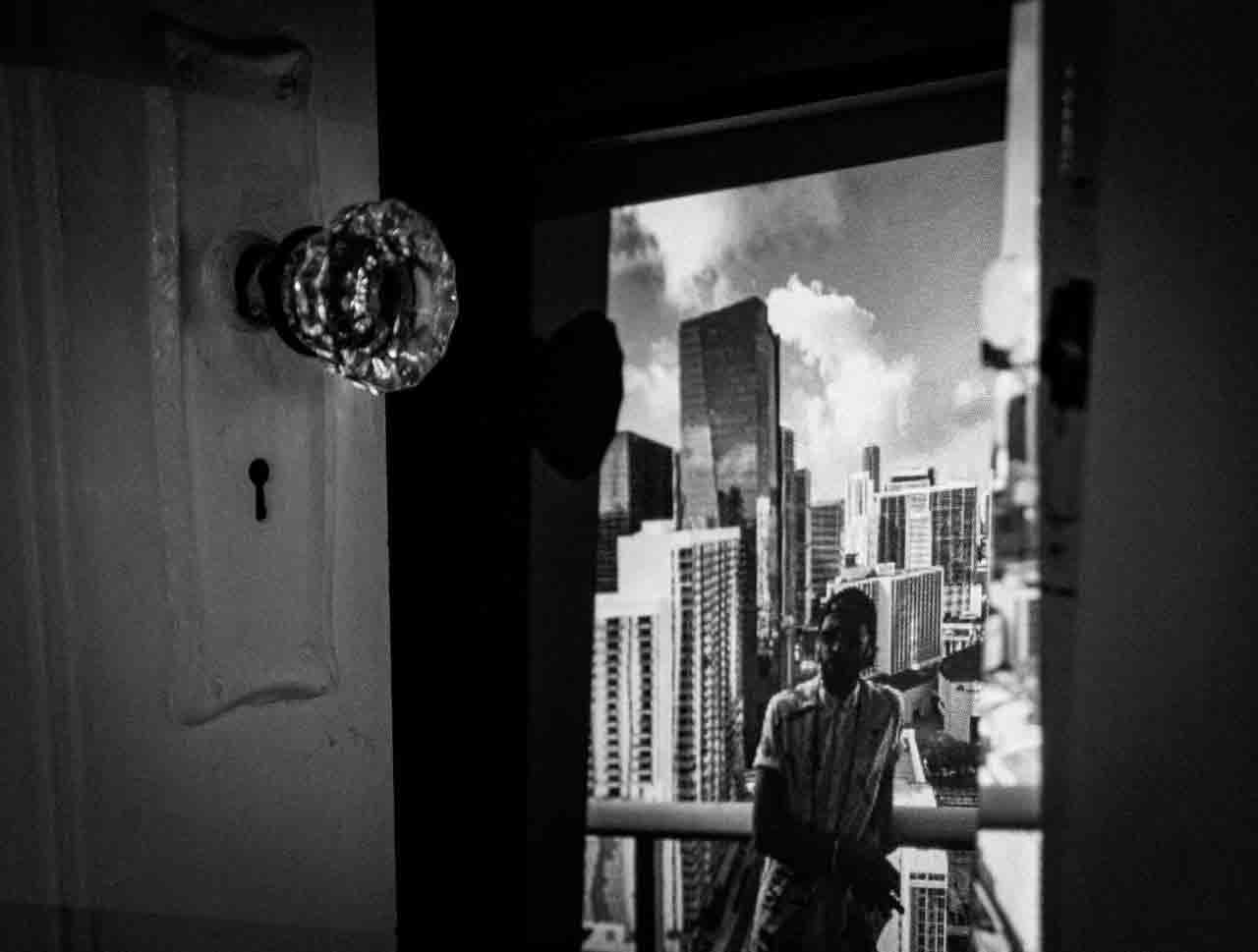 TDH: It’s quite a back and forth then, more than a sitter or model would normally be expected to do.
AB: It is so far from modeling. I was not telling them what to do. It was coming from them. They wanted to see where they would appear in my apartment so I would turn the camera around and show them. Then maybe I would have created something for them by the fireplace, or maybe I brought some books they might like. And as we would talk about it, the person would discover themselves in my window on screen, like you would see me, and it was so shocking, so exciting! And they would start to bring things into the image with themselves to make it appear like there was more of them in my apartment. Each shoot is a collaboration with another artist and includes what they bring to the shot.

TDH: At a time when we were separated, you brought people and their stories together, rather than thinking just about yourself or your own existential dilemmas.
AB: It was never about myself. I found that some of those artists were inspired and thinking it was the best time gift; others were confused, reflecting, redefining, looking to the future. Some would be like hey, just yesterday I picked up my brush. So during the teleportation projects, all this would come out in dialogue, these different experiences. For many it took a while to adapt and adjust to the situation. But no matter where we were, we were all experiencing it to some degree.

TDH: It’s been a very human experience in that way. Do you produce prints from this work?
AB: I do print them, and for now I print on a metal plate. The reason is because it creates a deeper sense of black, and the metallic glow creates almost a replication of the projector, glowing from the inside, providing its own light. 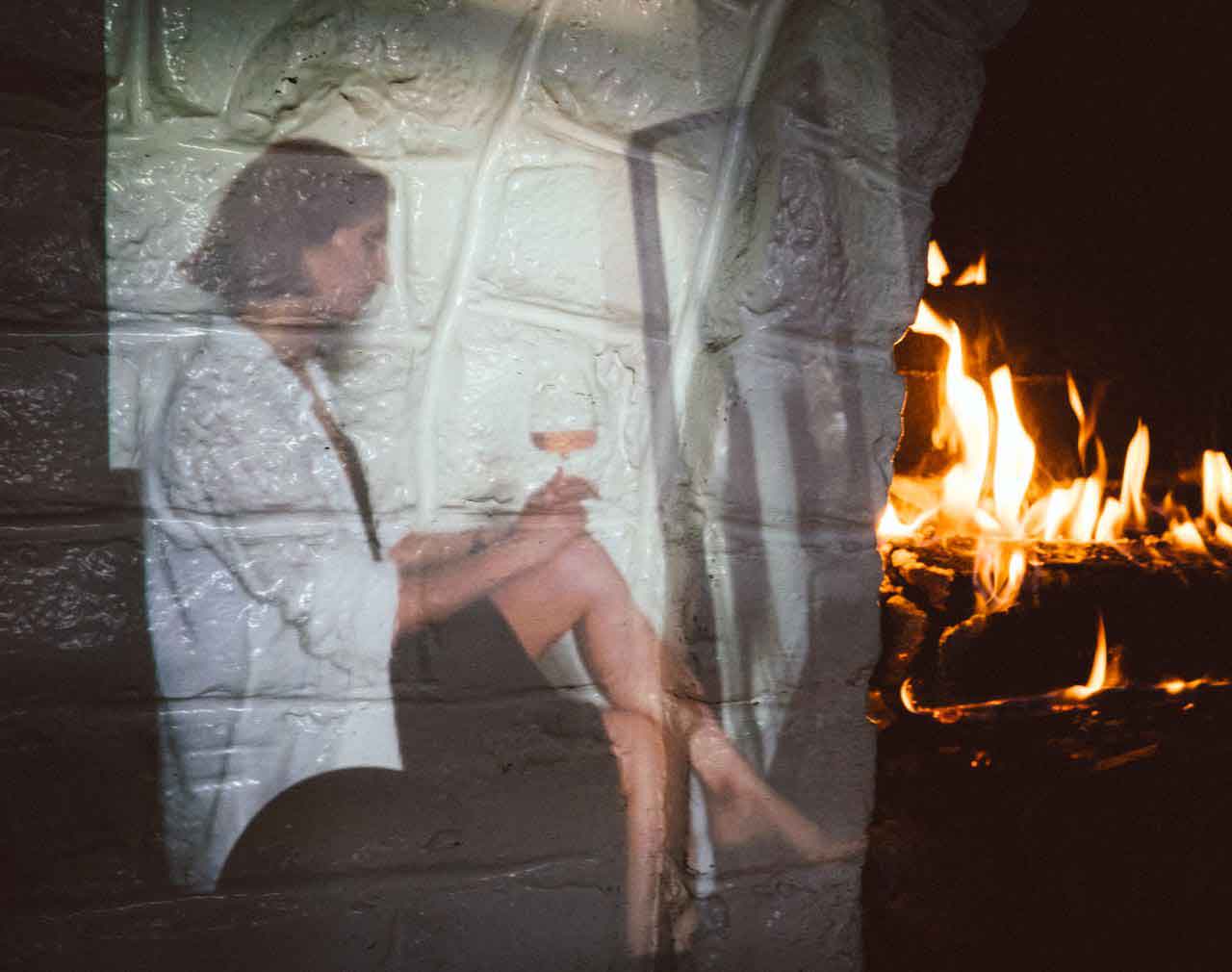 I’m planning on doing an interactive art book out of the project. Everyone who participated created something themselves during the lockdown and I want to share what they’ve created along with the photos I’ve created.

TDH: Do you sell these prints?
AB: Yes I do sell them. I really do two types of work. I help industry leaders, mostly founders and investors from Silicon Valley, to develop their personal brand through intentional visual image; this is what I do to earn money.
For soul, I photograph, I craft, I record, all those things I mentioned earlier, to keep growing as an artist. But sometimes I sell these works too. In 2018–2019, I did a series of diptychs called Man and Machine, using the details of retro cars alongside creative men I’ve photographed and found inspiring, reflecting the personality of the men from the detail of the car.

TDH: I like how you are searching for different ways to tell stories.
AB: You know, I know how to use a camera, I know how to create a headshot. But every time someone asks me to do a headshot … all I ever wanted was to celebrate the individuality and that creative aspect of each of us without blending us into one background with all those still and stiff positions and poses. You need to have the room to experiment, to make errors, to create something truly different and personal.