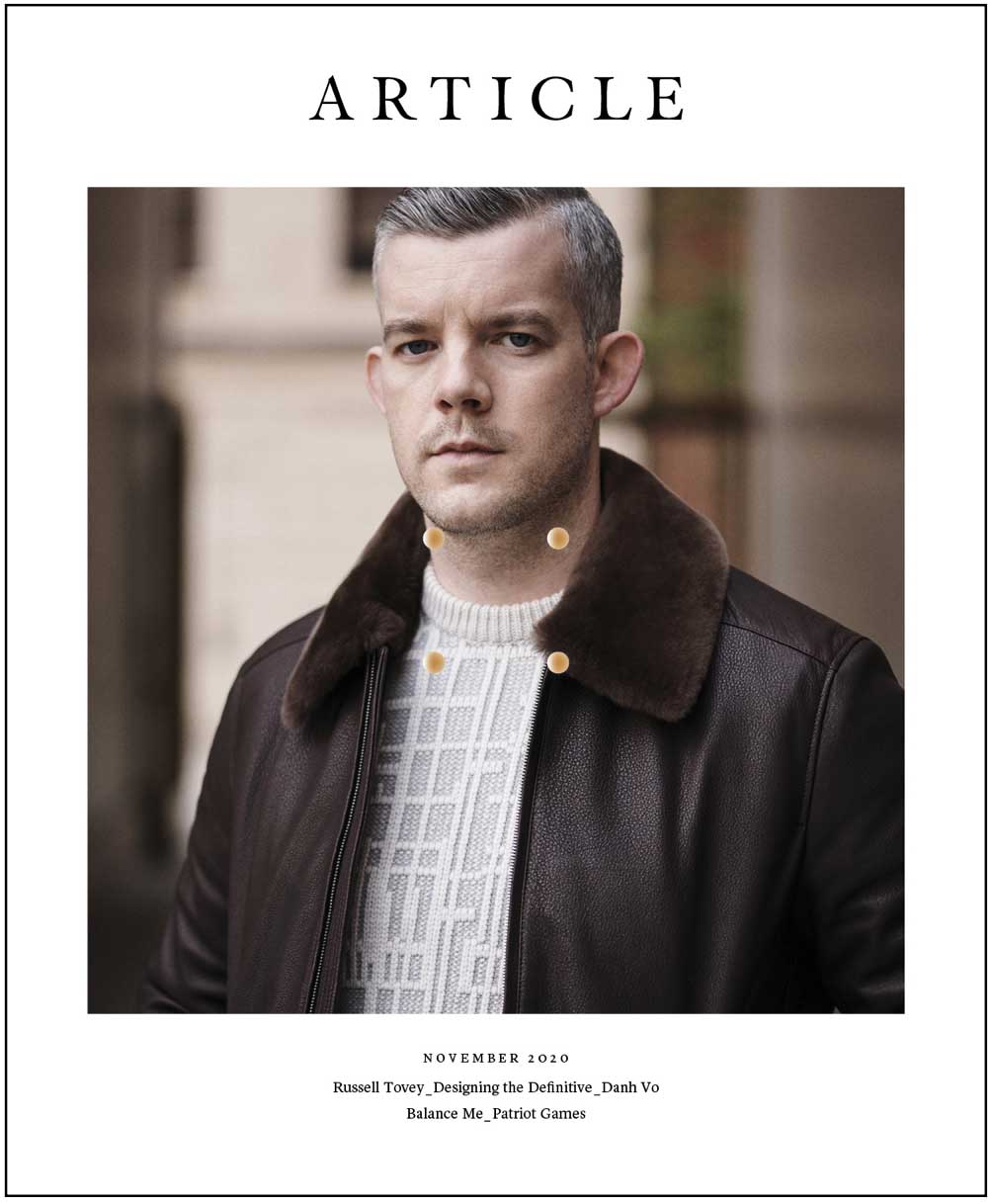 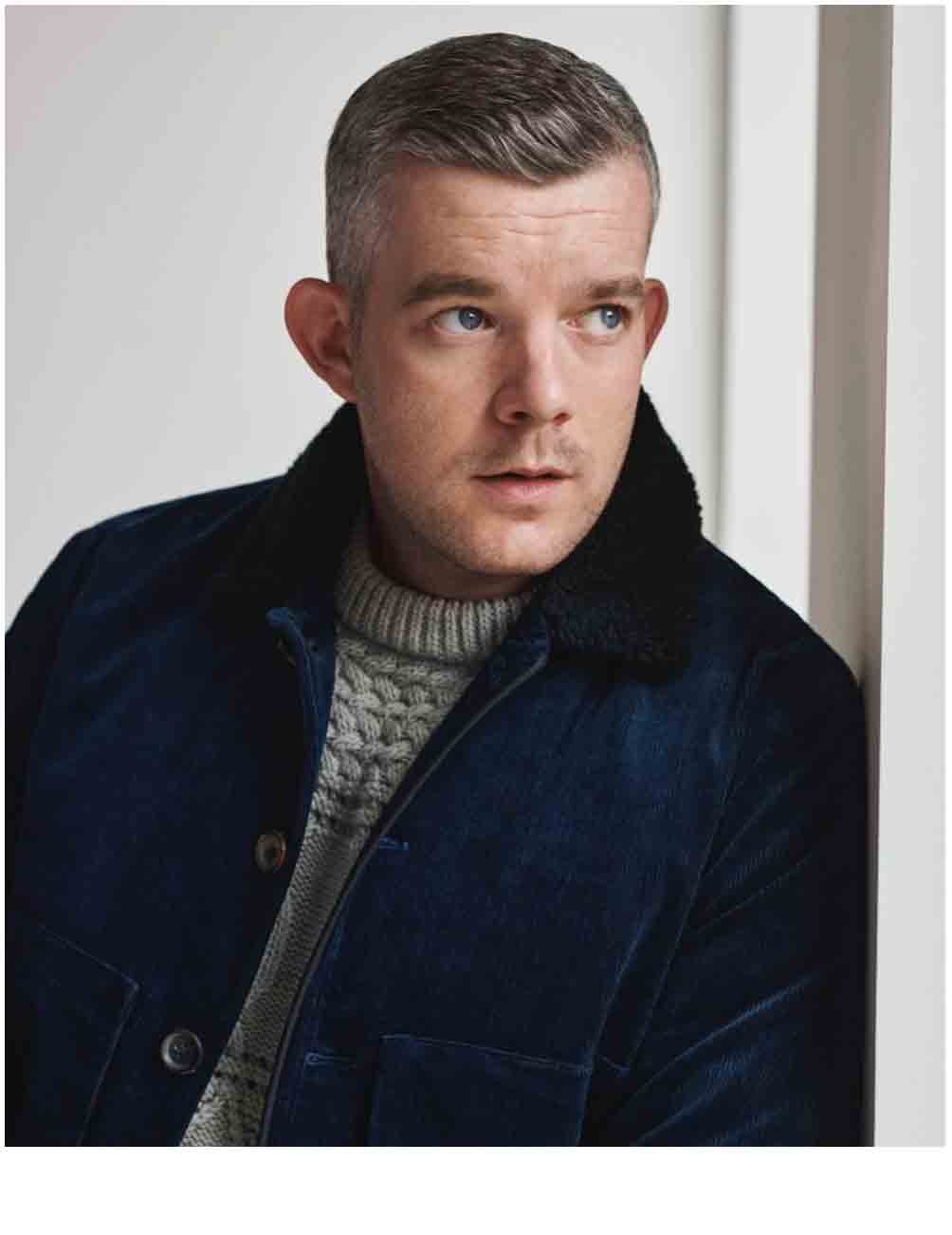 Tovey has been on screen or on stage for over 25 years, despite being not yet 40, and has made his name on both sides of the Atlantic. As lockdown hit he was in New York about to open Who’s Afraid of Virginia Woolf? on Broadway with Rupert Everett and Laurie Metcalf.
But this pause in an otherwise hectic schedule has meant Tovey could dedicate his creative energies to another long-held passion, Contemporary Art.

We were able to speak with Tovey recently and we began with his latest role.

TDH: I’ve just finished watching The Sister and really enjoyed it. I thought you held the ambiguity of the character really well.
RT: He (Tovey’s character Nathan) is someone who is in these extreme, polarising situations, filled with angst, in denial – he’s trying to be the loving husband and meanwhile the sister’s dead and he knows everything that happened but can never let his wife know he knows. Living with the guilt, holding all of that in his head, inside the pandora’s box, it’s all in there, contained, but suddenly, at the start of the show, Pandora is released, screaming, and he’s clawing to get her back in the box.
(He laughs) It’s giving me anxiety thinking about it! Trying to find the authenticity of that character was really, really challenging.

TDH: It’s also a very truthful and human depiction. We are all fragmented, with these different parts of ourselves, fighting it out inside – not to that extreme, but we are always everything at once.
RT: Totally and that’s definitely Nathan’s journey. It’s all about what he doesn’t say. I tried to really simplify everything, really reduce it, because as a character he’s just someone who wants to disappear.

TDH: I think he wants to do the right thing too.
RT: And be a good person even though he knows he’s made bad choices. He wants to make Holly (his wife) happy. And he’s trying, but he does not want anybody to notice him. He just wants to exist and be really calm. And as an audience you would be conflicted because you feel sorry for him but also conflicted by what he’s done. 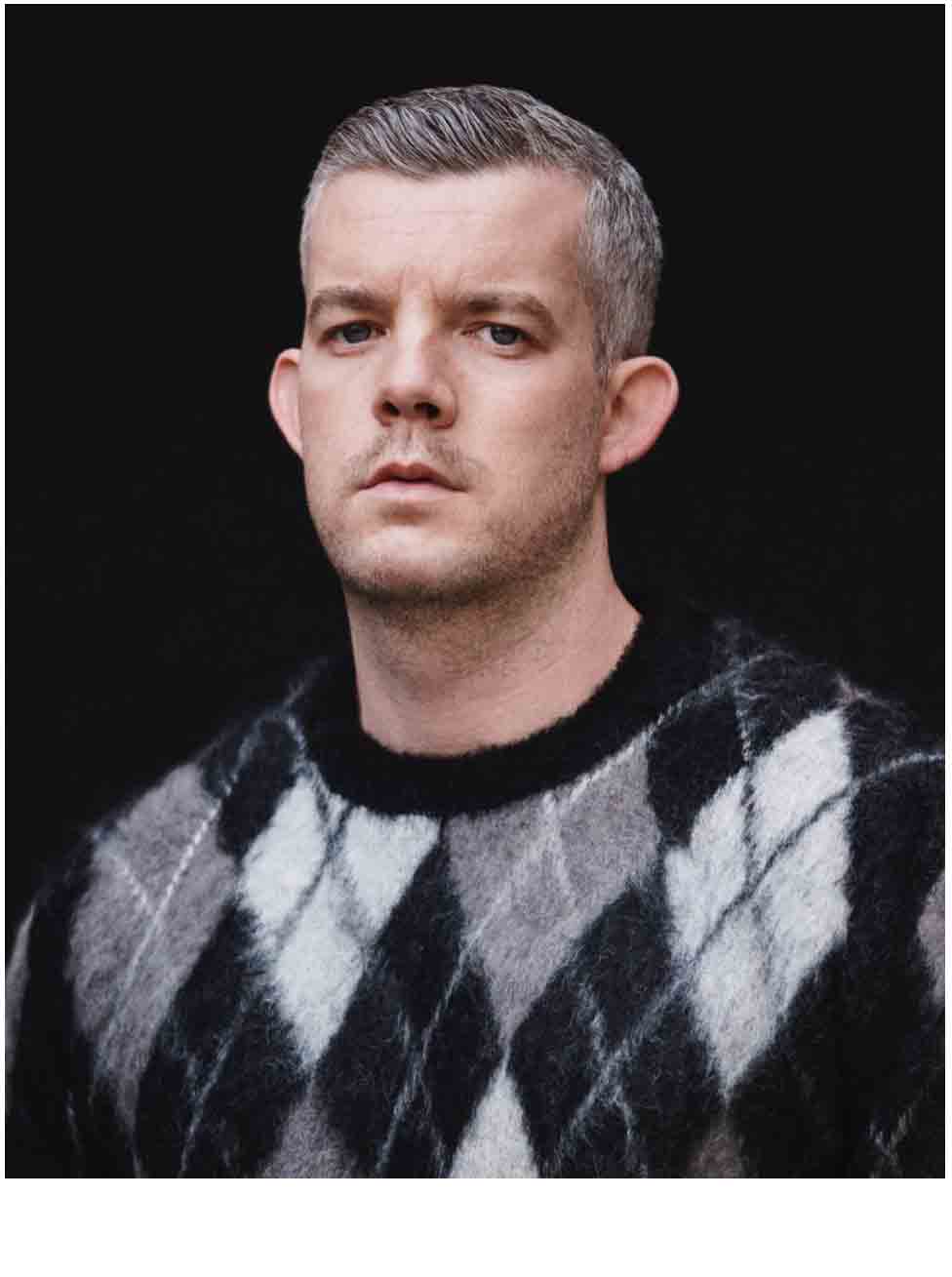 TDH: I’m a big fan of your podcast, Talk Art, and see it has been going strong, even through lockdown.
RT: Acting work has been minimal, but what that has done is allow me to channel my anxieties into making this podcast successful and really cultivating that. And now we have a book that is coming out in May next year. It’s been amazing having the time to focus because normally I don’t stop. And actually, I’ve not really stopped anything, I’ve been being creative; the only thing I haven’t been doing is acting.

TDH: Tell me about the book.
RT: We were approached by a publisher, Hatchette and their sister group Octopus, who asked how we felt about doing a book. I thought, great, you’re going to transcribe all our interviews and give us money and we don’t have to do anything. And they were like no, no, no, we want you two guys to write this book: a Talk Art guide to the art world – your taste, your vibe.
So that’s what we’ve been doing, writing and writing and it’s been incredible, going back over all the interviews and getting the quotes. It’ very personal to us and we’re not saying we’re covering the whole of art history but it’s our taste and our view of the art world. We’re not art world people, especially me; I come from Essex and I’m self-taught, through absolute passion and being a total art geek. So that is our journey and hopefully it will inspire a lot people that art is for everyone. You don’t have to be part of a members’ club; it’s not academic or elitist. I get so much pleasure and fun from art – we just want to spread that.

TDH: Don’t you think it’s a paradox because at the same time as being perceived as elitist, art is freeing on so many levels, whether you make it or look at it, however you approach it.
RT: Once you give yourself permission to not like everything or understand everything you’re looking at, it’s very freeing. Alan Bennett said he would like to see a sign above all the gallery doors: ‘You don’t have to like everything’. And we have so many museums that are free – art really is there for everyone. We’re also surrounded by a lot of public art that is there for us to make our lives better, and you don’t even pay attention to it, but it’s there – that’s the power of art. Art is fundamental to humanity. 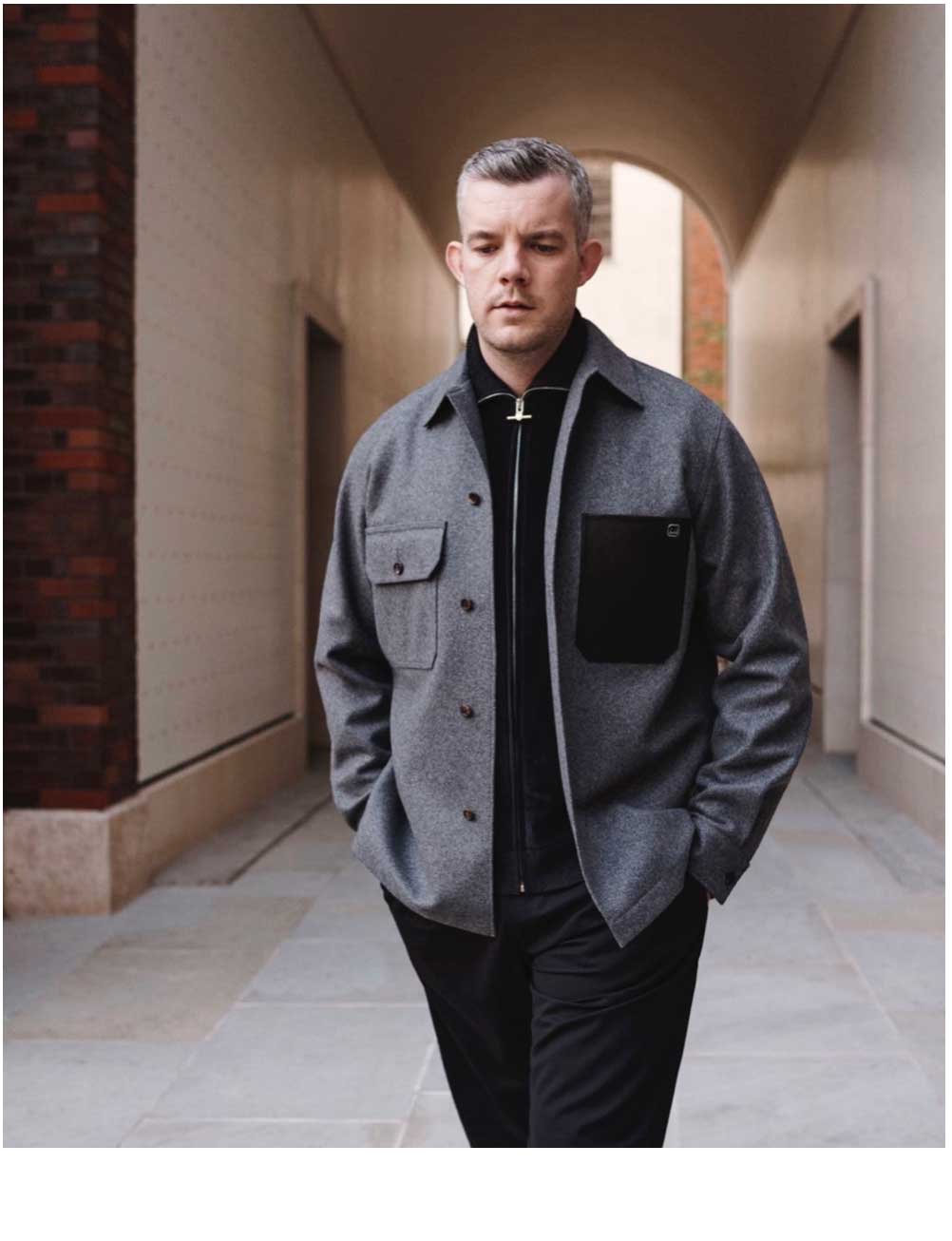 TDH: Tell me about the upcoming exhibition you are curating (14 November 2020 – 31 January 2021).
RT: It’s a group show at Carl Freedman Gallery in Margate. It’s figuration, but it’s all taken from one painting in particular: Manet’s Le Déjeuner sur l'herbe. The exhibition is called Breakfast under the Tree, and it’s about how we live now. It was configured pre-covid, but a lot of artists have reacted to what it is to live now, with friends, families, in groups, how we socialise, how we have breakfast, how we have dinner, hang out with our friends in the park. It’s a very special show and it was really exciting to bring together so many artists that I care about and love … they are my heroes, they’re geniuses, and to put them all together in a show is phenomenal.

TDH: It’s a great opportunity for the artists to widen their exposure.
RT: Some of the artists are from America and not had shows here, so I’m really proud that the first time they will be seen in our country will be at my show.

TDH: Do you make art yourself?
RT: I’m really good at telephone doodles. If you analyse those you’d work out a lot about me! But no. I think when I was really young I wanted to be Wolfgang Tillmans, the photographer, but I tried taking photos and it didn’t give me the satisfaction I was hoping for and they weren’t that great. So the acting is my art.

TDH: What about writing, especially now with the book?
RT: Yes, totally. I have written three TV shows which are in development at the moment, there’s a documentary I’m involved with getting off the ground, and I’ve written a kid’s book.

TDH: What next?
RT: It was just announced today that I’m going to be on the judging panel for the Turner prize!

TDH: Congratulations!
RT: Thank you. It’s very exciting and more art adventures for me! As we were talking about, being self-taught from Essex, coming from a non-art background, now to be judging … to be included … taking up that space has been great. I’m really proud of that. 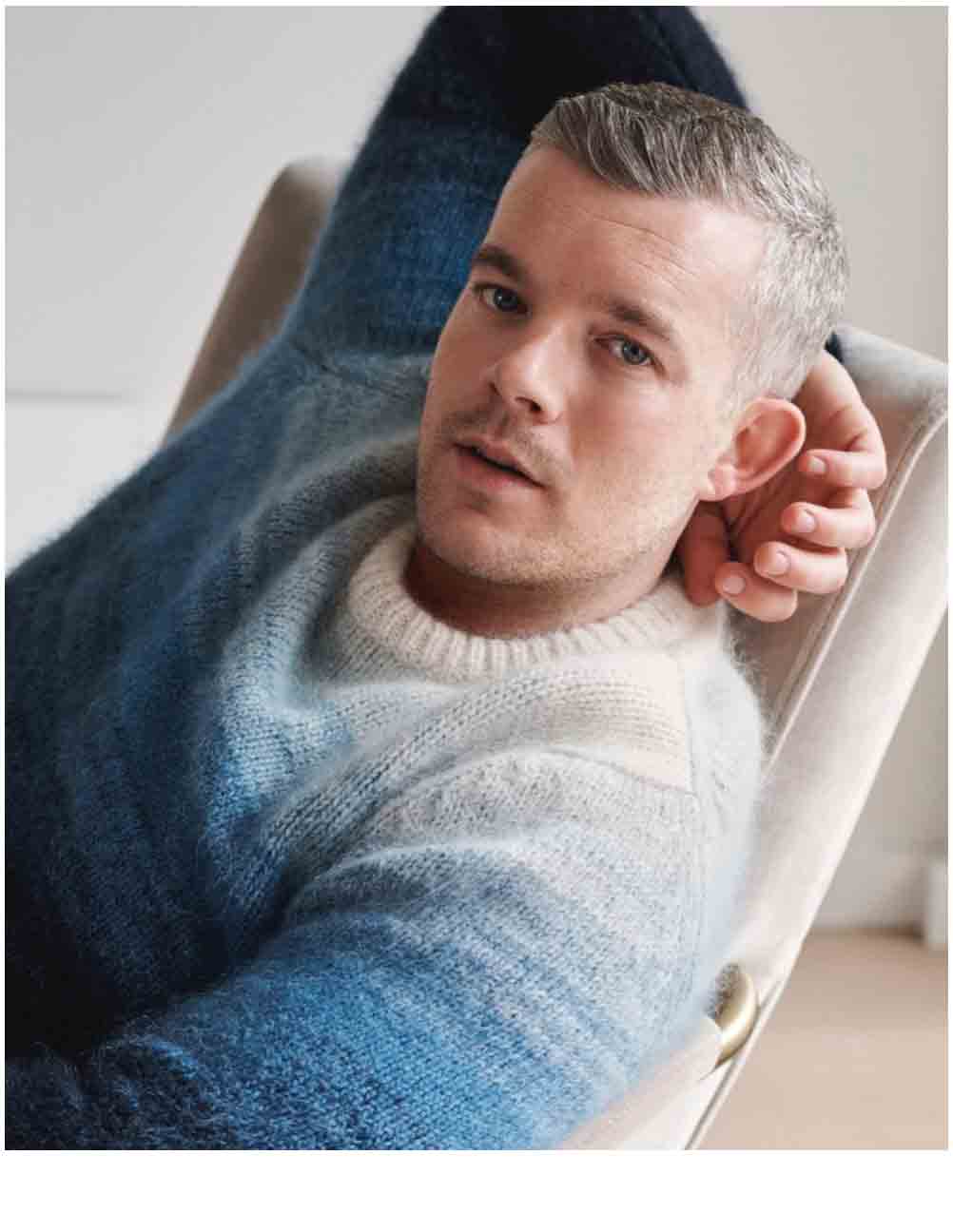 TDH: So what will being part of the judging panel involve?
RT: It should be going to see all the shows, but we’re in a situation now where how do we? How do we go abroad to see artists? How do we travel up and down the country to do this? It’s tricky. There are discussions going on.
Last year there was the Turner Prize but there were also the Turner Prize Bursaries, where ten bursaries were given to ten artists. It was amazing. But now, what do we do because there are going to be so many artists not having shows or if they have a show no one will be able to see it so what are we judging. It’s tough and unfair for many artists. That’s all being worked out at the minute, but it’s very exciting.

TDH: You live in London, how do you think London has responded over the past few months to living with covid?
RT: I think we follow the rules, mostly. I think we’re very resilient. I think all those Keep Calm and Carry On posters that were everywhere and got a bit annoying, I think that has actually become a bit of a mantra. And it is keep calm and carry on when it comes to culture and art. What’s inspired me is that people adapt. No one is sitting around waiting for this to blow over and just get on with what they did before; everyone is like well how do we do this now. Look at zoom. At first everyone was like it’s never going to take off and now everyone is zooming in to chat shows. Like we are doing now. It feels really normal. Thank God we have that opportunity. If this was ten years ago when the technology wasn’t there … I’m really worried about mental health, that’s an issue that really worries me. The opportunity (tech provides) to connect with people will limit that, but I am worried about the overall trauma we are all being subjected to. How we’re all just trying to act in some ways like it’s fine.

TDH: The art world is responsive by nature, used to introspection, used to looking at the world as it is. We need it more than ever.
RT: They are the voice of the nation now, voice of the people. What did people turn to during this time? TV, music, art, performance, films, reading.

TDH: It helps us try to make sense of the world.
RT: That’s how we do it: we tell stories. That’s how we connect to other people, learn how they are feeling, recognise in someone else what we ourselves feel. Like holding hands with someone else through the medium of art to recognise yourself. 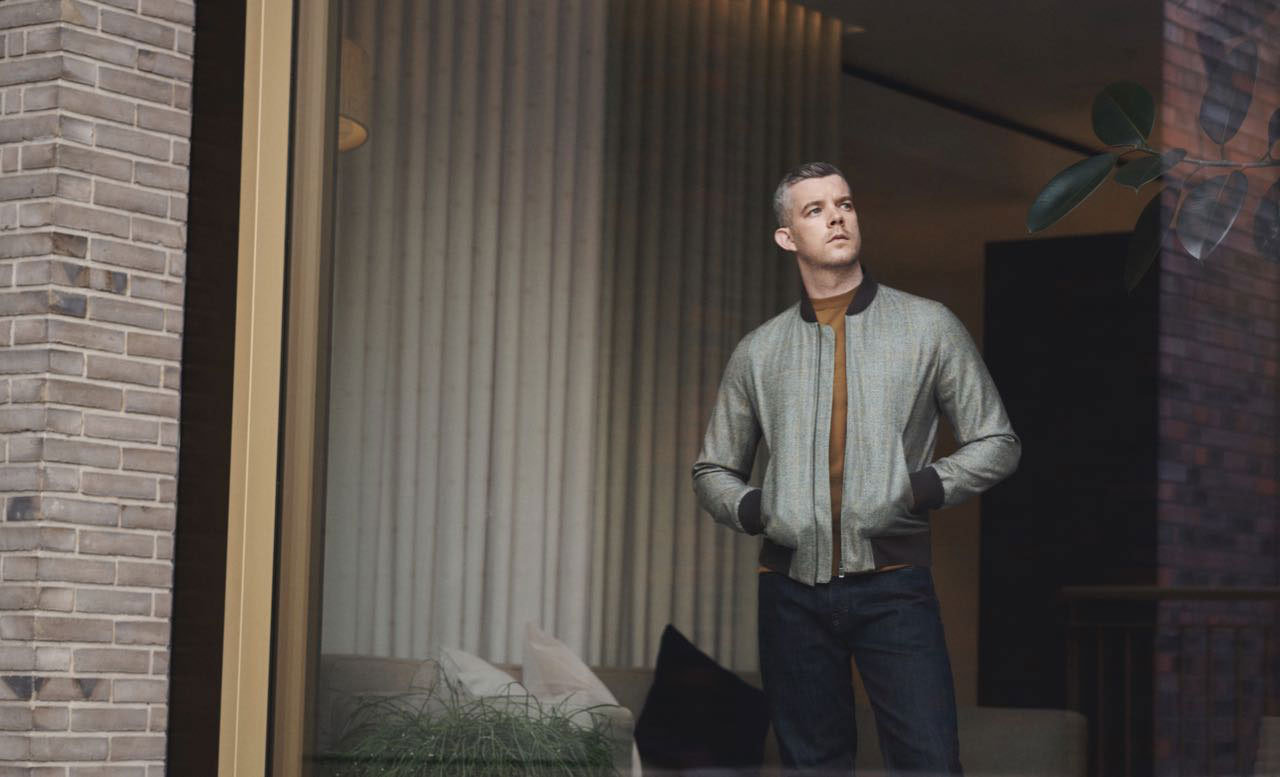 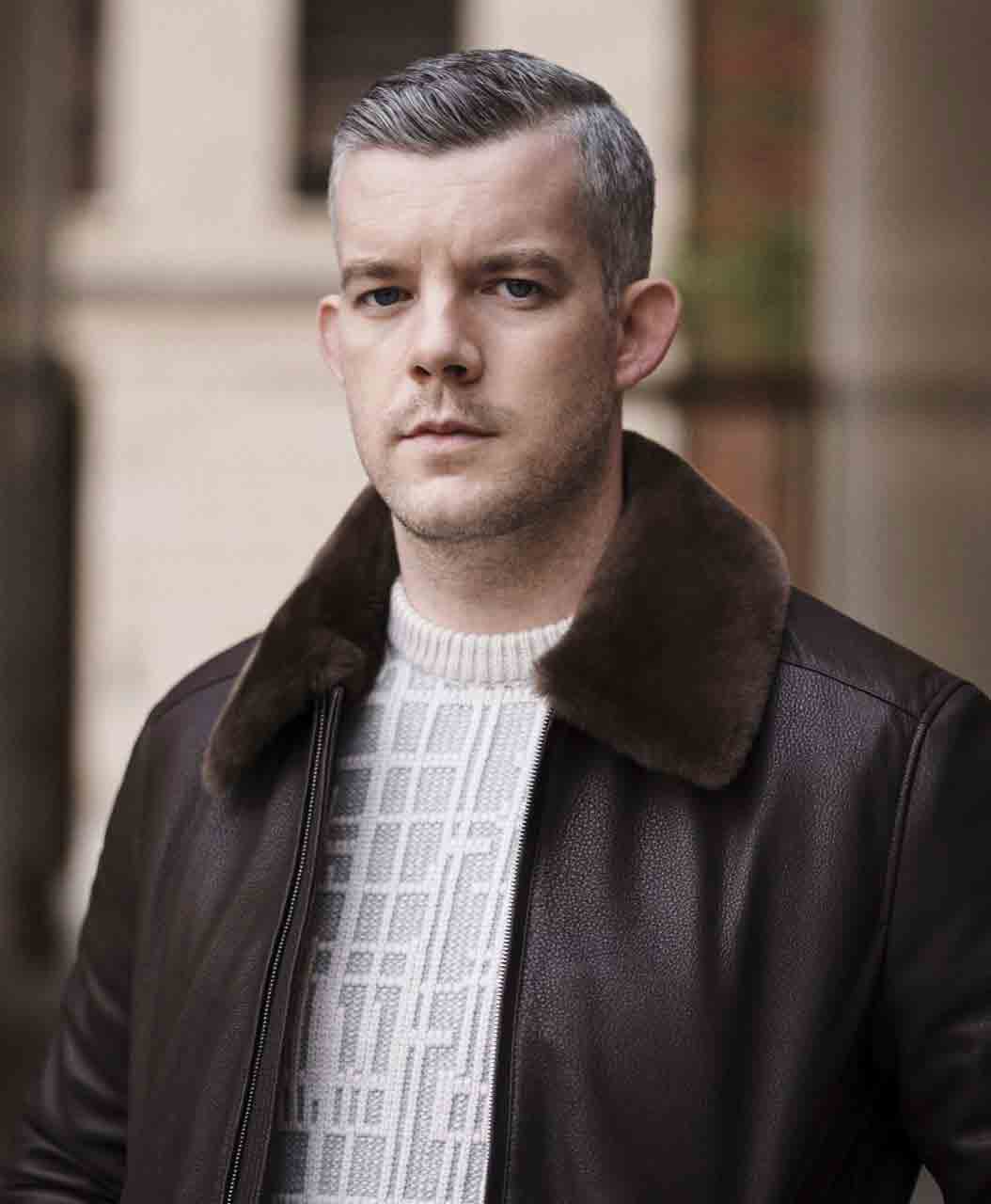