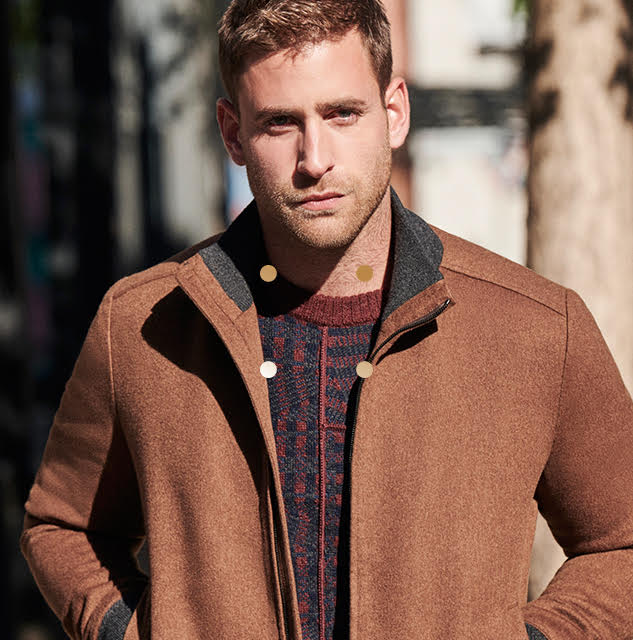 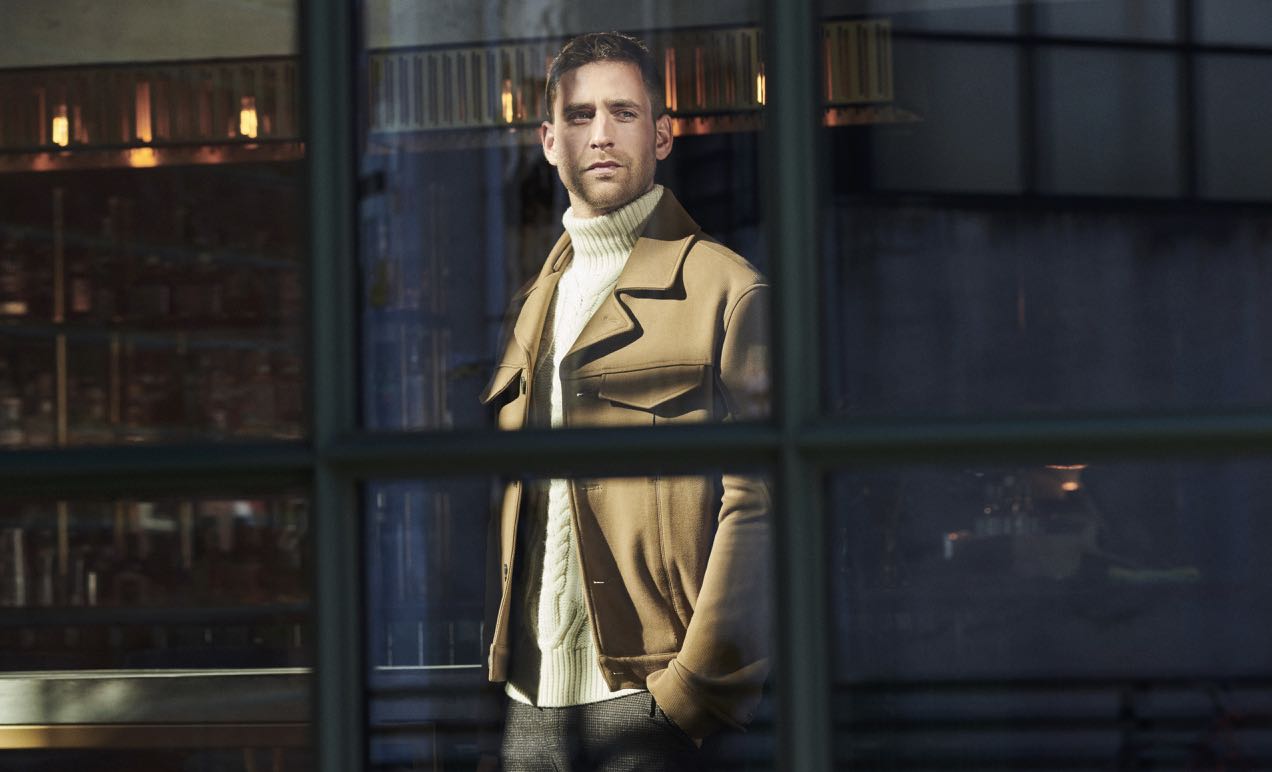 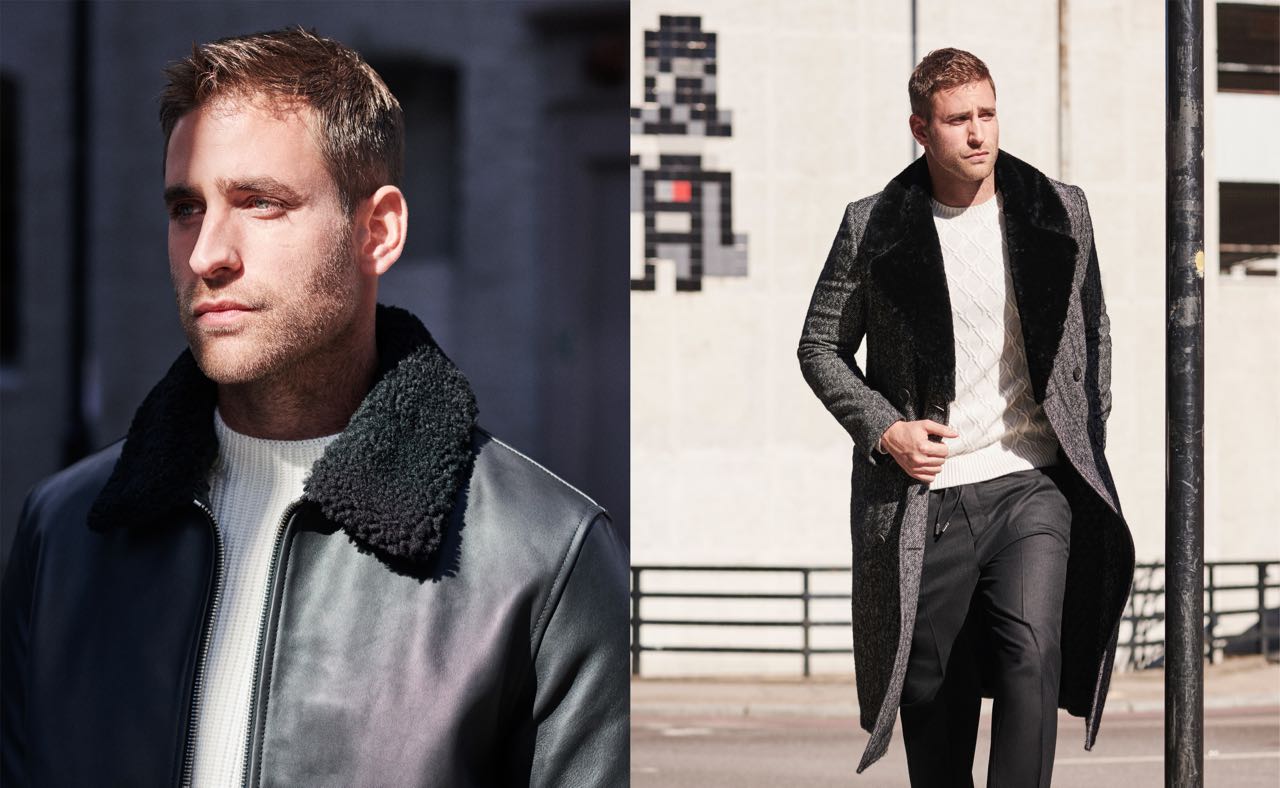 When we meet in London on a sunny September afternoon, Jackson-Cohen is taking a well-deserved break. At 31, he already has a wealth of experience in both film and television — from period dramas to thrillers, and from romantic comedies to gritty dramas. But his latest project is something altogether different.

Trisha D’Hoker: I have to admit, I’m not a great fan of horror — but five episodes in, I’m hooked!
Oliver Jackson-Cohen: I remember having a conversation with one of our executives, saying it’s kind of a shame that it’s called The Haunting… Because that will naturally deter some people. But Mike (Flanagan, the show’s director and writer) has grounded it in reality, by making it about a family and what this family has been through. It wasn’t (about) the frights or eeriness; he wanted to tell the story. And the by-product of that story is that it is quite disturbing — and it does get quite dark, and it does get quite jumpy.

It’s a hard balance, to get horror right. And I think Mike’s idea to pick up where most horror movies leave off is what makes it work. Usually, in a horror film, the family would move into the house, all this awful stuff happens, then they make it out alive, the end. What Mike has done is to say, ‘Well, what would happen to those kids afterwards?’

TDH: And it’s based on the book of the same name?
OJC: Some of the names are the same, and a lot of passages from the book were used as dialogue. But the whole idea of it being an experiment, that’s been taken away. Instead, Mike has taken the source material and gone ‘Now how can I update that to something that’s current, and real and relatable to a modern-day audience?’

TDH: At one point, I think Steve, the oldest brother, is talking about ghosts and hauntings, and he says something about how ghosts can be memories or guilt or wishes or so many different things. I thought that was interesting. I also like how he builds scenes backwards and forwards from different character perspectives — so that you understand where that person was coming from, or why they behave the way they do.
OJC: Right at the end, in Episode 10, so much comes together, some of it you didn’t won’t even have realised. 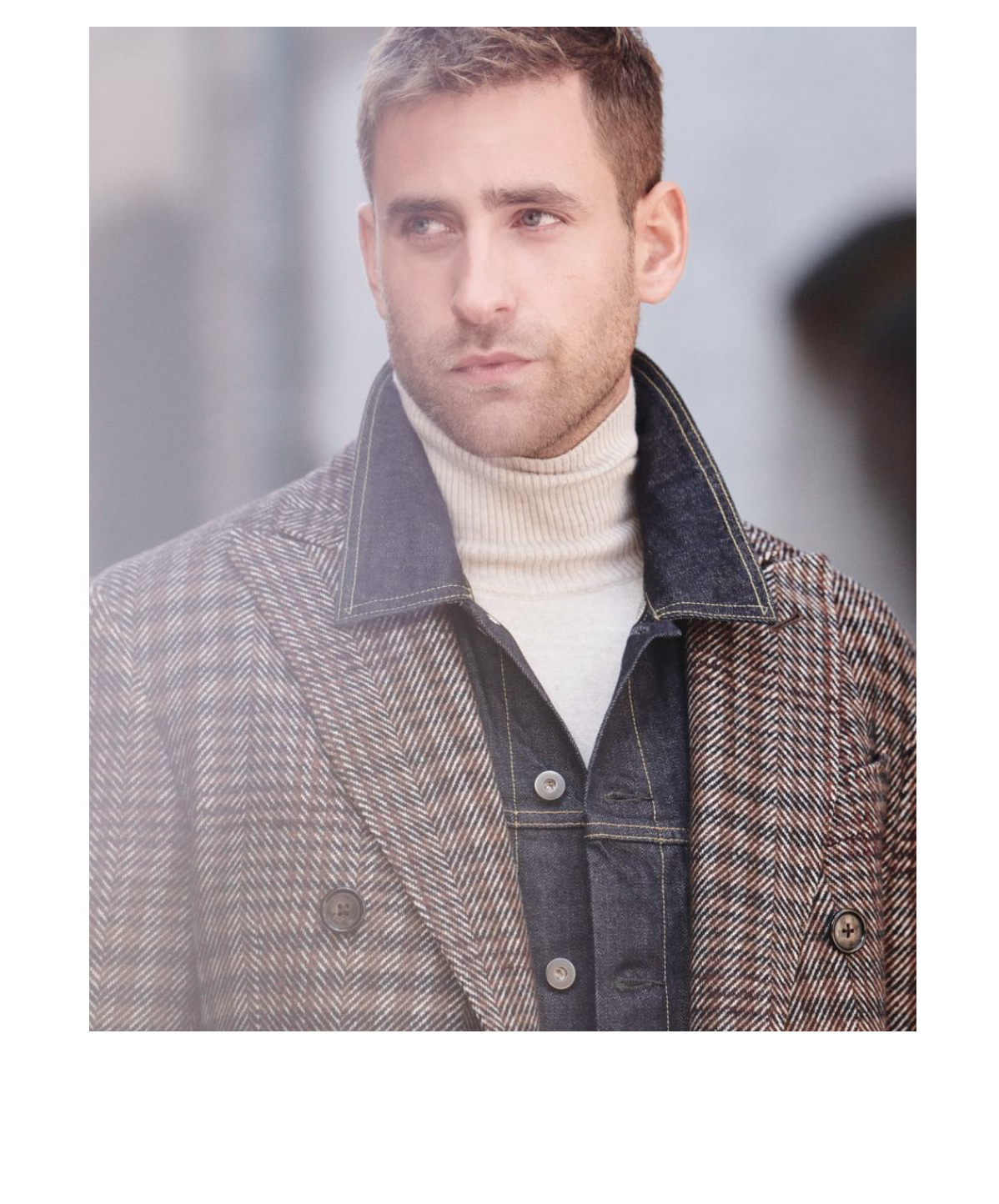 TDH: I’m going to have to watch it again!
OJC: It is genuinely one of those shows! Even being part of it, there’s stuff you miss. Last week I watched a couple of episodes for the second time, and there’s stuff I picked up that I hadn’t before, even after reading the script, being there…. There are so many ‘Easter eggs’…hidden within scenes, stuff in the background you won’t realise, but it’ll be a sign of what’s to come, it’s very, very complex – I was constantly in awe. Mike (Flanagan) went through the story, individually with each of us…what happens, how the show will finish…but he was writing as we were shooting.
As you’ve seen in the first five episodes, we go through each sibling’s story, from when they first move into Hill House. And as the series progresses, you see how these stories work together to make the bigger story.

TDH: Have you ever done this kind of character before?
OJC: No, I’ve never played a character like that before. But there was something about the struggle that this person was going through, trying so desperately to function and not being able to and with the best will in the world, trying so hard — if he could just be normal, if everything could just be normal . . .

TDH: I think that’s a very good description of an addict.
OJC: I understood that feeling very well. And also the concept of PTSD (Post Traumatic Stress Disorder), where there is constant fear that something awful is going to happen. So I focused on that, rather than on being believable as a junkie, building on the terror and what he’s running from.

TDH: It’s quite an ensemble piece; how was that?
OJC: Really amazing. In Episode 6, when the family finally come together, we shot it in one take; more than half of an hour-long episode, one steady camera shot, with all of us in and out of frame, constantly reacting. We rehearsed it like a play for three weeks — everything was blocked out, microphones were hidden all around. It was chaotic, but it worked.

TDH: The haunting takes place within the characters as much as it does externally. How do you step away from that?
OJC: I was actually talking about this on the weekend. We shot one scene, in Episode 5, where Luke makes Nell (his twin sister) buy him drugs. Normally I’m able to think, this is a job. But with Luke, I found it harder to come back to myself. I think when you’re digging into stuff that you shouldn’t really be digging in to, and you’re using your own personal stuff, that kind of leaves you with a hangover.
When we finished shooting that particular scene, and I was coming out of the car, Mike said, ‘Great, great, we’ve got it.’ And I got out and I just stood there — talking, making noises, not making any sense. And then I started hyperventilating and flipping out. I was so embarrassed! But there was so much built-up emotion. 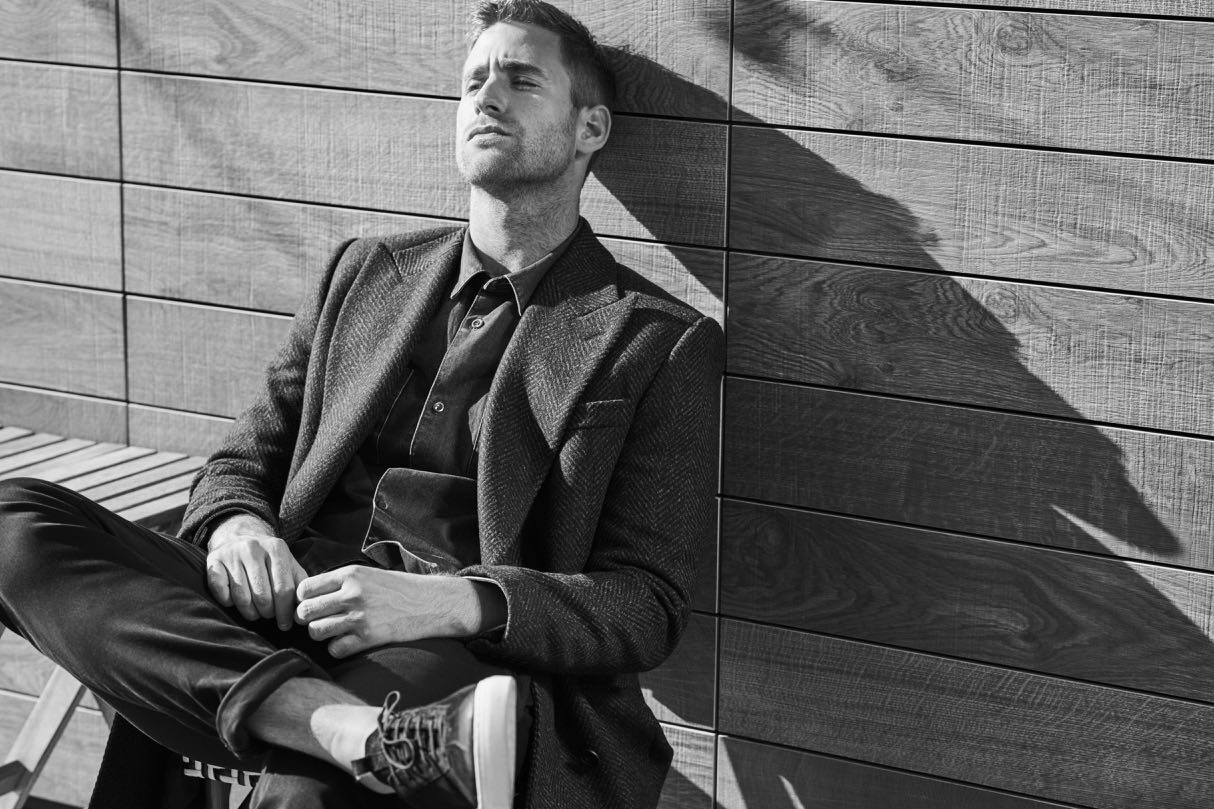 TDH: It had to come out, I guess.
OJC: There were some heavy days filming. But that’s where an ensemble cast that supports each other can kind of hold each other up. That was a special part of the process.

TDH: And the further in you get, the more you know of the characters and their stories, the more real and terrifying it becomes.
OJC: If you take away the ghosts, it’s actually a story about a traumatic childhood. It’s what makes it more accessible to an audience. Take away these monsters, and it would be the same trajectory as someone who had suffered some kind of childhood abuse or trauma.

TDH: It was filmed in Atlanta, what was that like?
OJC: Very charming. There’s a huge music industry there. And everything is shot there — while we were there, I think there were about 70 productions going on!
The actual set is really quite striking. It’s built on two floors, a complete house inside. The whole thing is fully functional, and there are a bunch of trap doors and staircases for cameras and crew. But it was amazing, the whole construction and how they did that – down to the smallest details. Every single part of that house is so thought out. I remember Mike taking me around the set while they were still constructing it. There was this wallpaper they had there, and you won’t see it at first — but if you look long enough at it, you end up seeing this face. Mike had had it specifically made. His mind never stops working.

TDH: You have spent a lot of time in the states, haven’t you?
OJC: I actually lived in New York for seven years. But I found I was never there and moved back here about three years ago. I was just away all the time – and nothing shoots in New York unless it’s a cop drama! Two of those years were actually spent in L.A. Then I was in Australia for six months, Serbia, Budapest…one year I think I spent about ten days total in New York. And whenever I had a break, I would fly back to London to see my family. Which also meant France, as my dad is French. 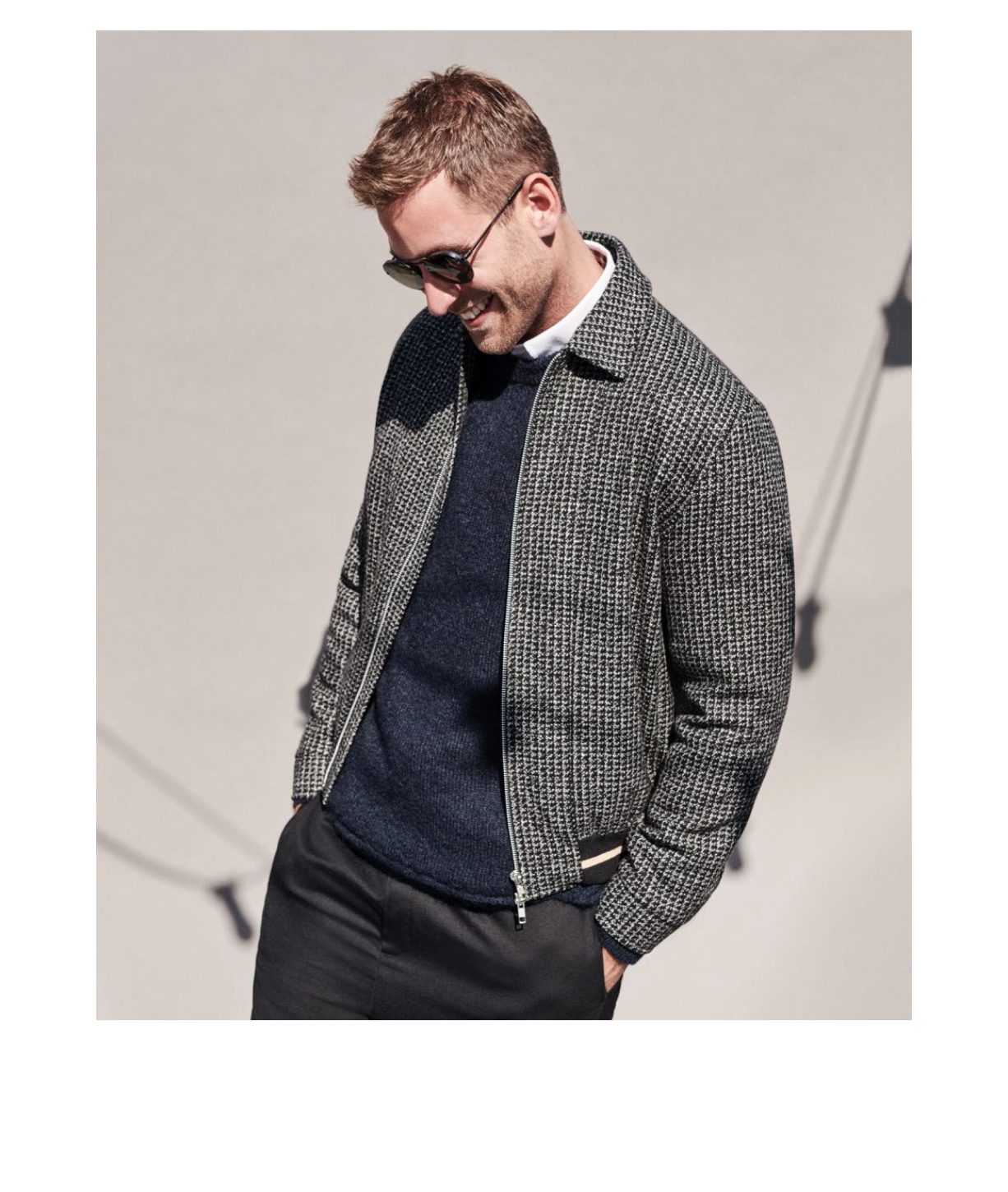 TDH: What’s it like working for Netflix?
OJC: Honestly, they are fearless. They have such a clever business model. They’ve created a platform where the audience is in control. We decide what, where and when to watch. The minute you have an internet connection, you can watch whatever you want, anywhere in the world. Then they use this to analyse our choices. That’s how they figured out that horror was the most watched genre around the world, by quite a margin.

TDH: So how did you get into acting in the first place?
OJC: I started doing drama classes when I was about 9, outside of school. But I remember it was all I wanted to do. I don’t remember exactly why, but it was something about disappearing; there’s something bizarrely comforting about that. And then when I was about 11 or 12, this small drama group at Riverside Studios started up called Young Blood. There was only about 8 or 9 of us, but in the group, there was Carey Mulligan and Imogen Poots.

TDH: A lot of talent!
OJC: I still speak to all of them, and we laugh. What are the chances you would get these kids together, and all of them would manage to go off and do it! But at the time, I was always told to keep it as a hobby, and not to really expect much from it.

TDH: It’s hard to be told those things when you’re young.
OJC: Yeah, but I kind of understand. It’s the dumbest thing – a cocky 12-year-old turns up and says "I’m going to be an actor”. And your parents sort of go (makes a disapproving face) …So I finished school and started a French literature degree, thinking I needed to be realistic. But I dropped out and not long after got a job on a BBC Sunday night drama.

TDH: And you’ve been working ever since?
OJC: Yes, from there it kind of snowballed. I feel very lucky.

TDH: So what do you do to relax between jobs?
OJC: Not a lot! 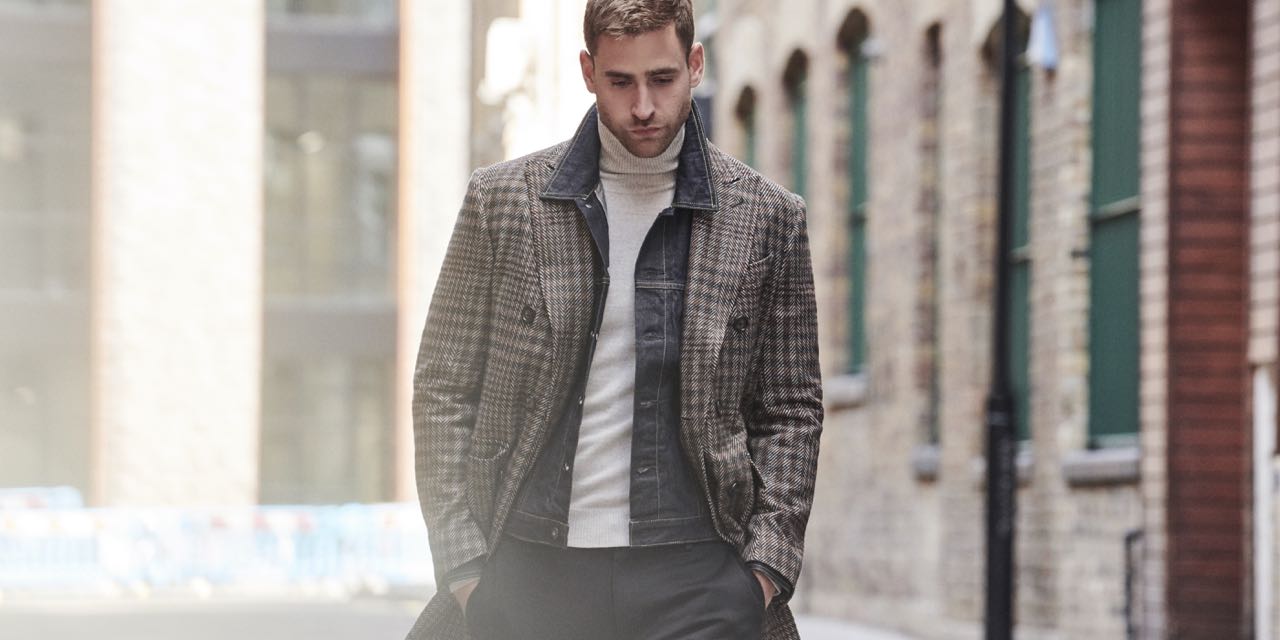 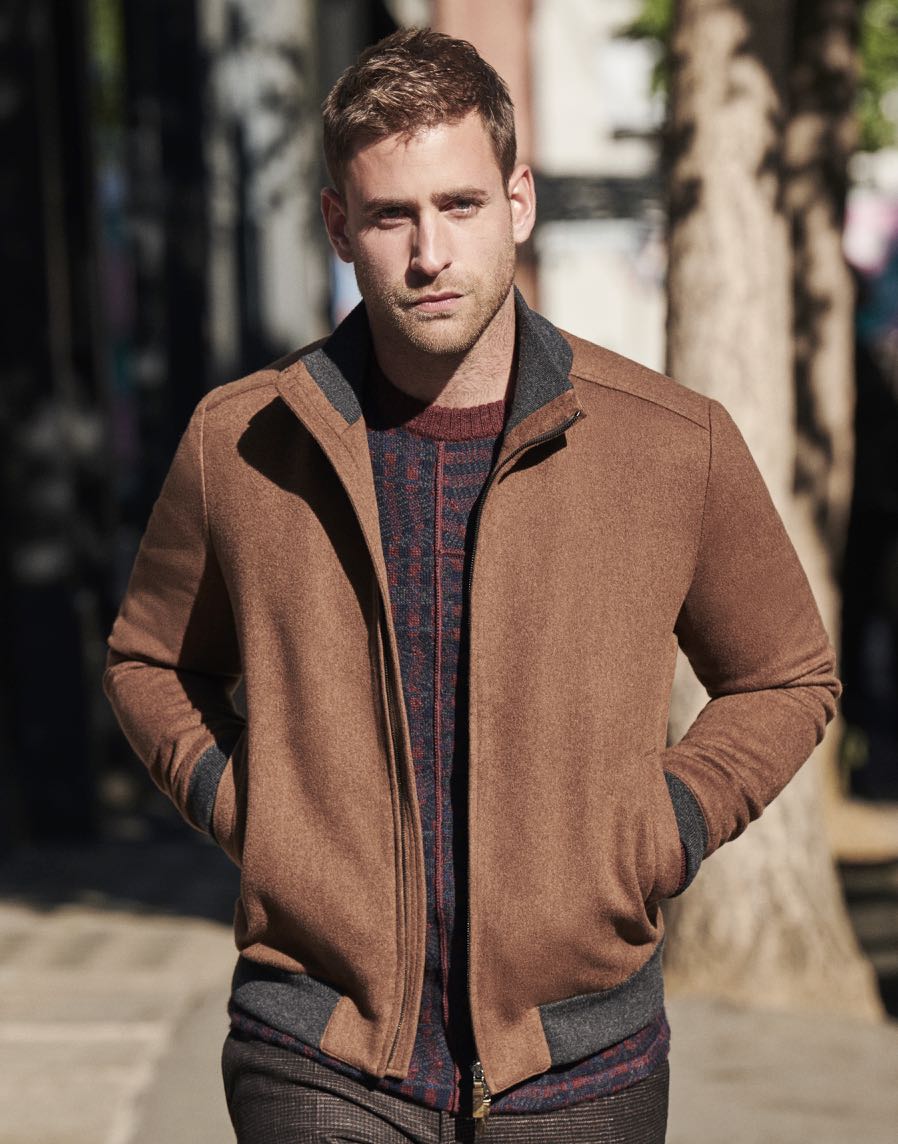