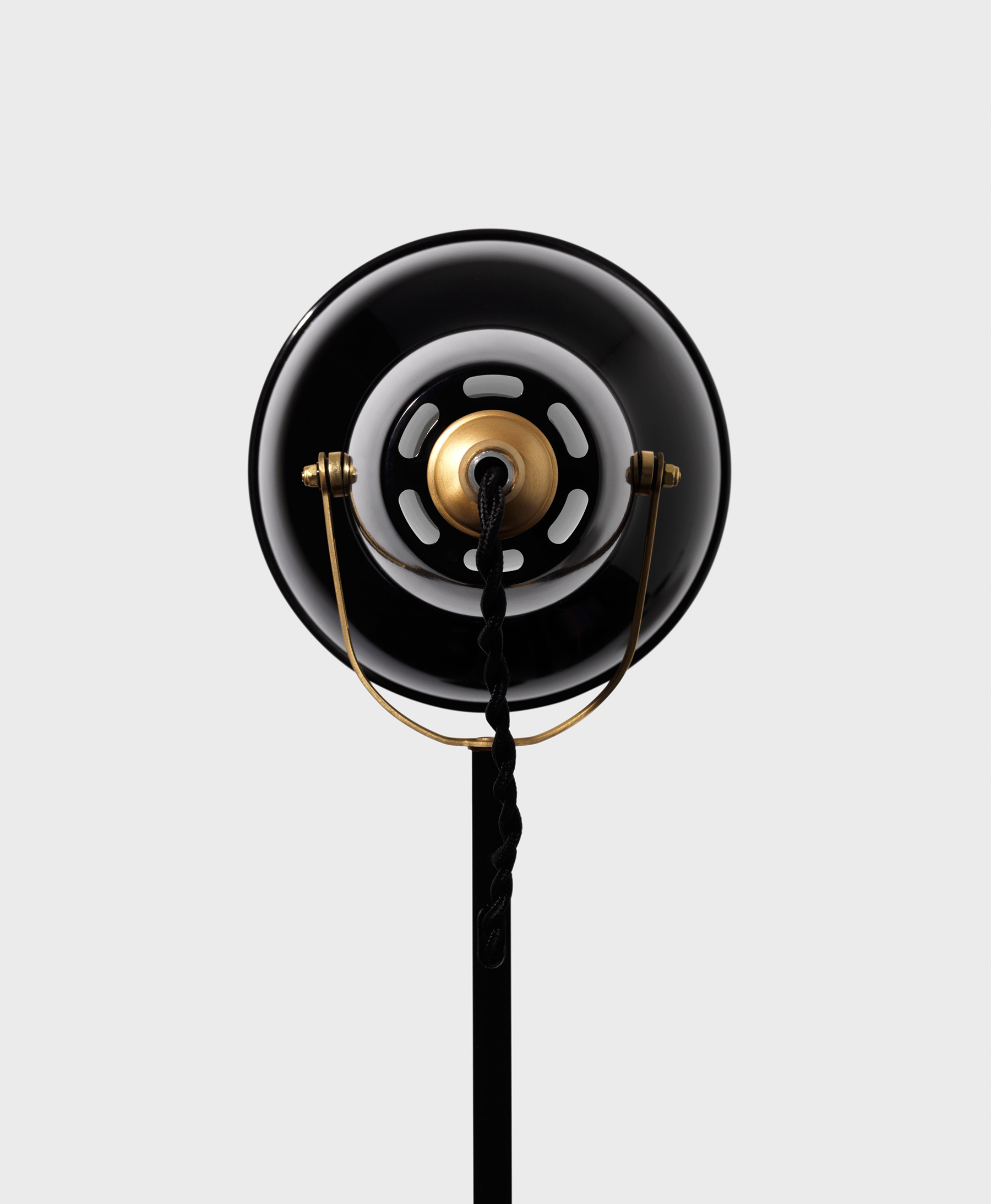 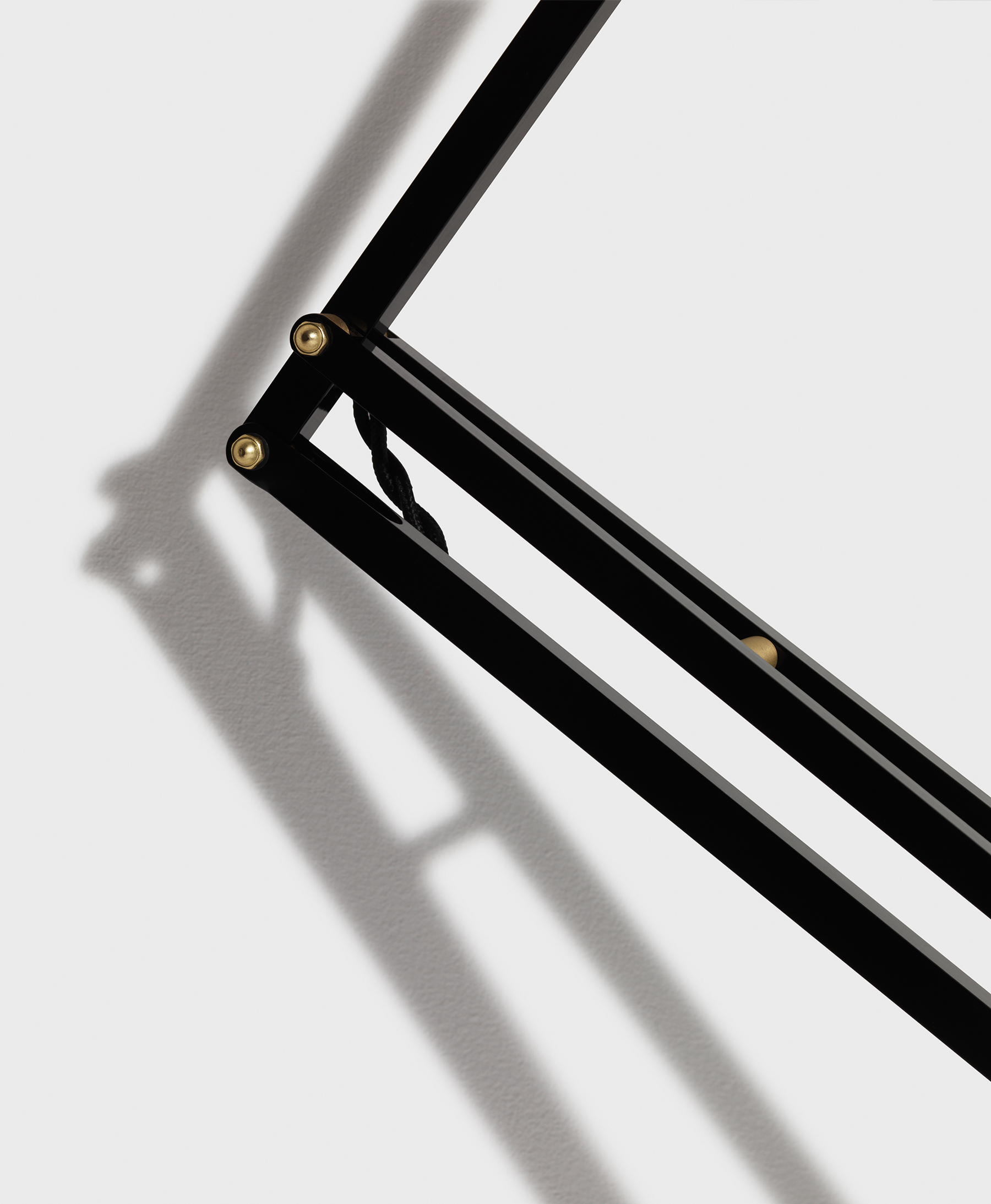 It has been well documented how the designer George Carwardine (1887-1947) came to create the Angepoise lamp. An engineer by trade, his background was in car design and he had worked his way up the ranks at the Horstman Car Company to become chief designer. In the 1920s the company ran into financial difficulties, and Cawardine left to set up his own consultancy, specializing in the design of vehicle suspension systems. As seems to be the case with every great British inventor, Carwardine set up a garden workshop at his home in Bath, and it was here that he came up with the four-spring mechanism that was to be the founding basis of the lamp. What was unique about the design, was that not only did it allow complete freedom of movement, but the articulated arm would stay in whatever position the user chose, with the lightest of touch required to move it. Carwardine quickly patented the constant spring mechanism and unveiled the first Anglepoise lamp design in 1932, the Model 1208. His original intention had been to create a lamp that could be used in industry, where workers required a directional light. However it soon became clear that the lamp would also have domestic appeal, and the design was further developed into Model 1227, which had three springs, rather than the original four. Early on, Carwardine had made the shrewd decision to licence the design to the spring maker Herbert Terry & Sons, and their ability to manage volume production and the marketing of the product, is a major contributing factor as to why the design became so successful. 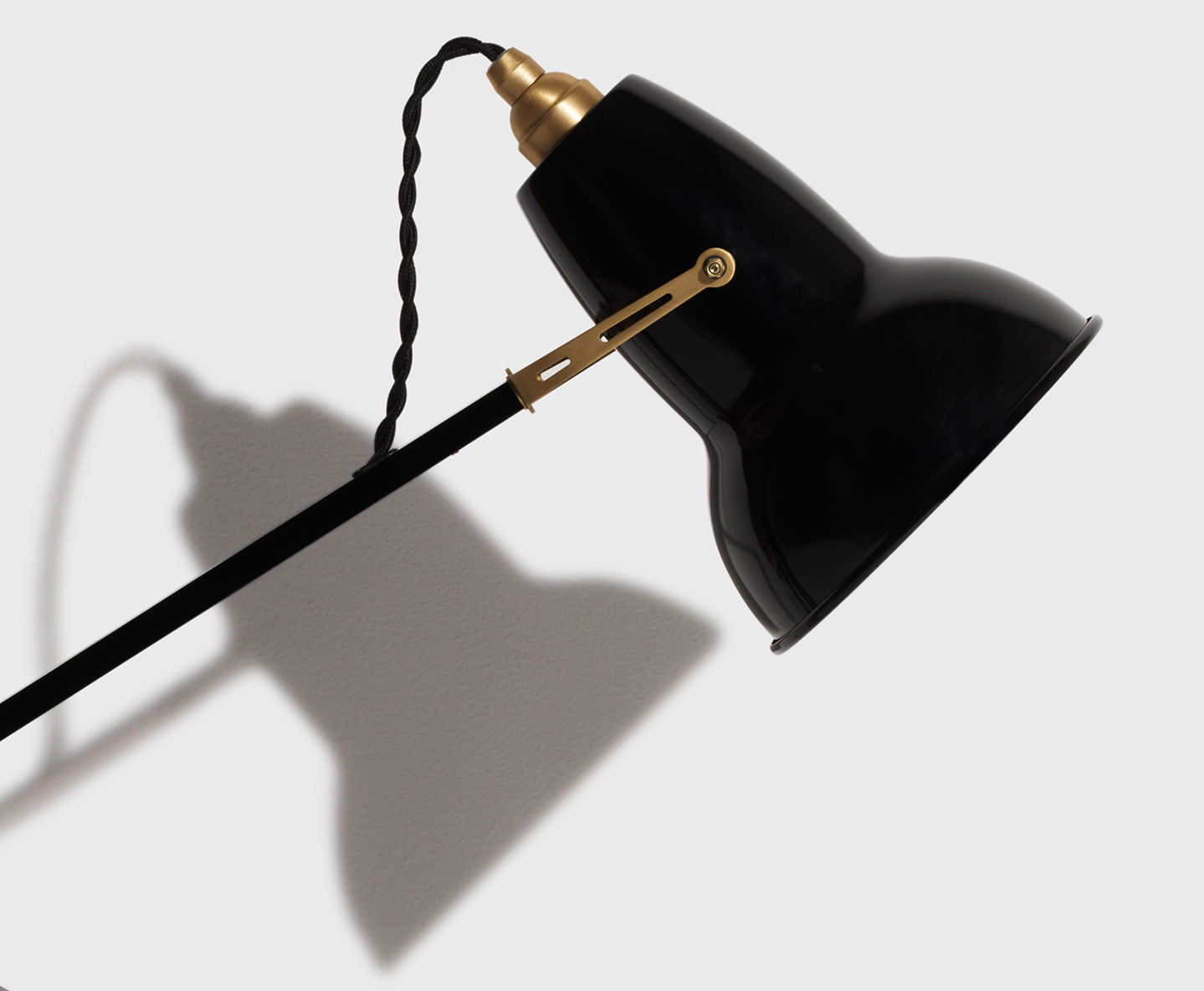 The story of Anglepoise lamp contains many of the elements we have touched on in this series. It confirms the notion that for a design classic to emerge, there needs to be some kind of alignment of social, cultural, economic and industrial conditions. In this case, it could be argued that the economic turmoil of the 1920s and ‘30s meant there was a very real need for new ideas alongside a receptiveness to this within industry. Here, we see a respected engineer, working for a company getting into financial problems, retreating to his garden shed, only to emerge with an excellent design for something entirely outside of his own specific industry, wonderfully demonstrating the strength of cross pollination in design. It is very much an invention, a kind of rational representation of a functional need, rather than just a piece of aesthetic design. The fact that it is aesthetically beautiful; slim, elegant and lightweight, is somehow of secondary importance. What is probably more important is that it works incredible well, so well that it hasn't really been improved on in nearly a century, despite providing the template for various other task lights over the years.

The Anglepoise is also a product of a cultural atmosphere that needed to accentuate British inventiveness and resilience. It was marketed during the Second World War as 'the ideal blackout lamp', and Herbert Terry & Sons switched their production to support the war, making, among other things, lamps for bombers. The cultural perspective is perfectly encapsulated in the story on the Anglepoise website about the Second World War era Vickers Wellington bomber that was salvaged from Loch Ness in Scotland in 1985, only to emerge with its Anglepoise navigator’s lamps still working. 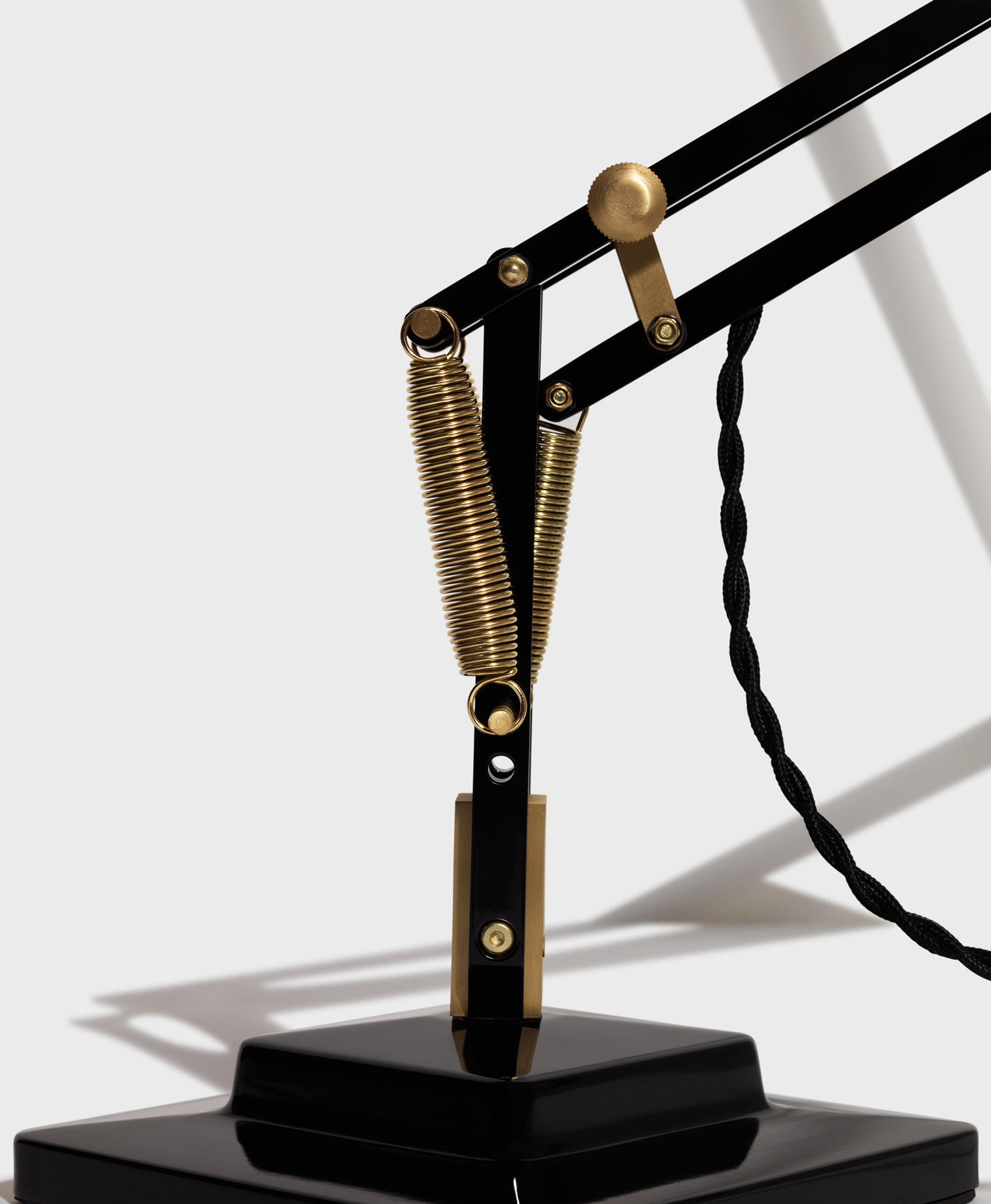 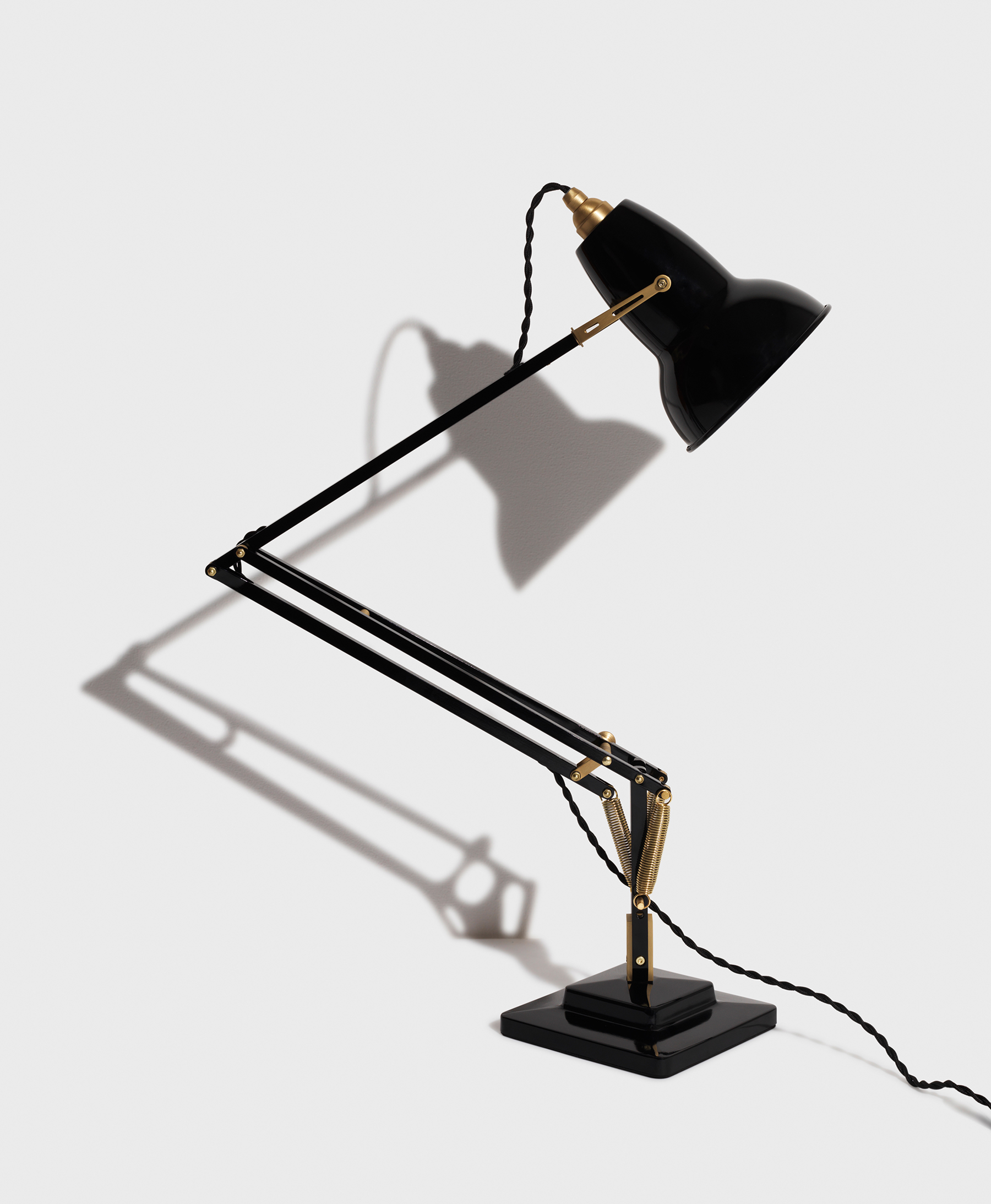