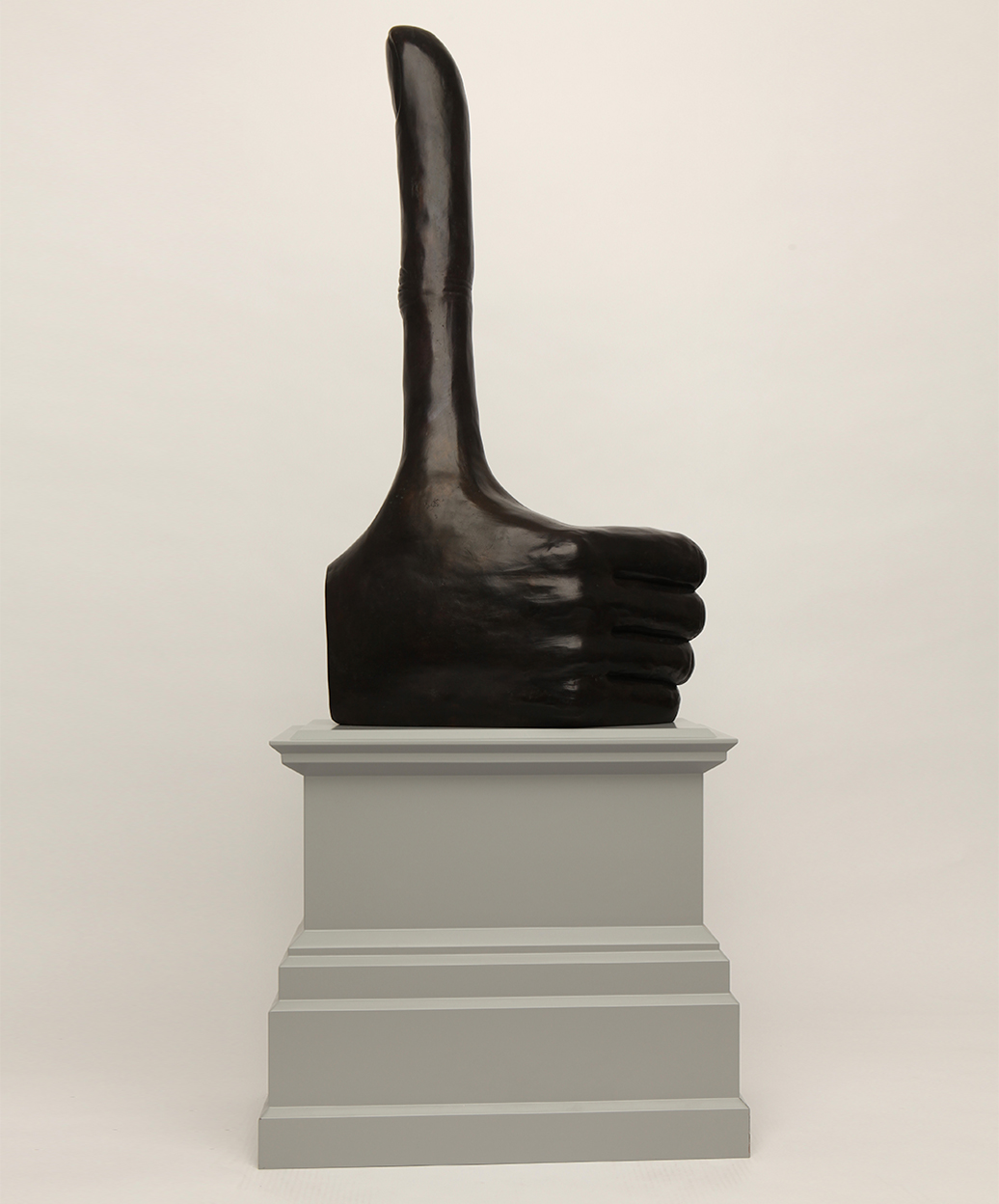 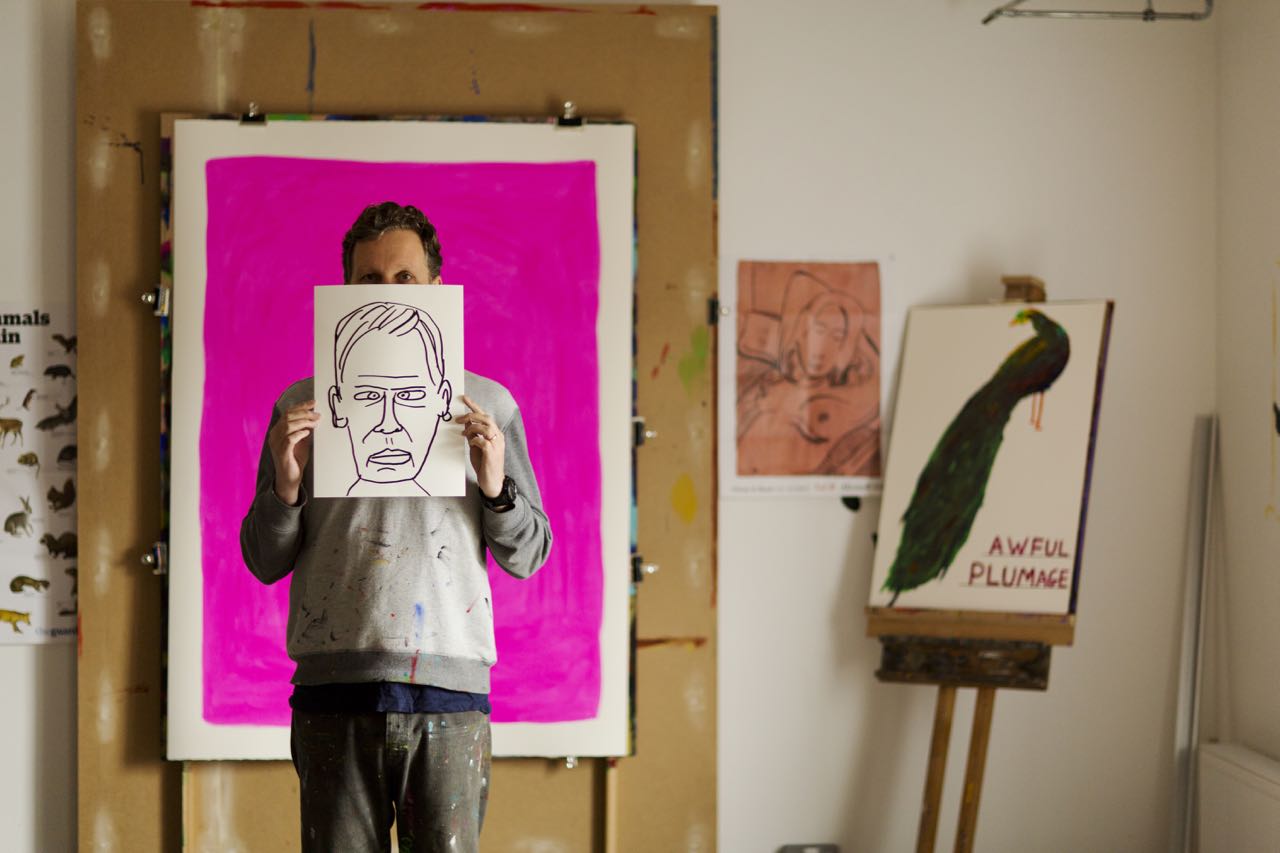 David Shrigley at his studio in Glasgow, photographed by Simon Murphy 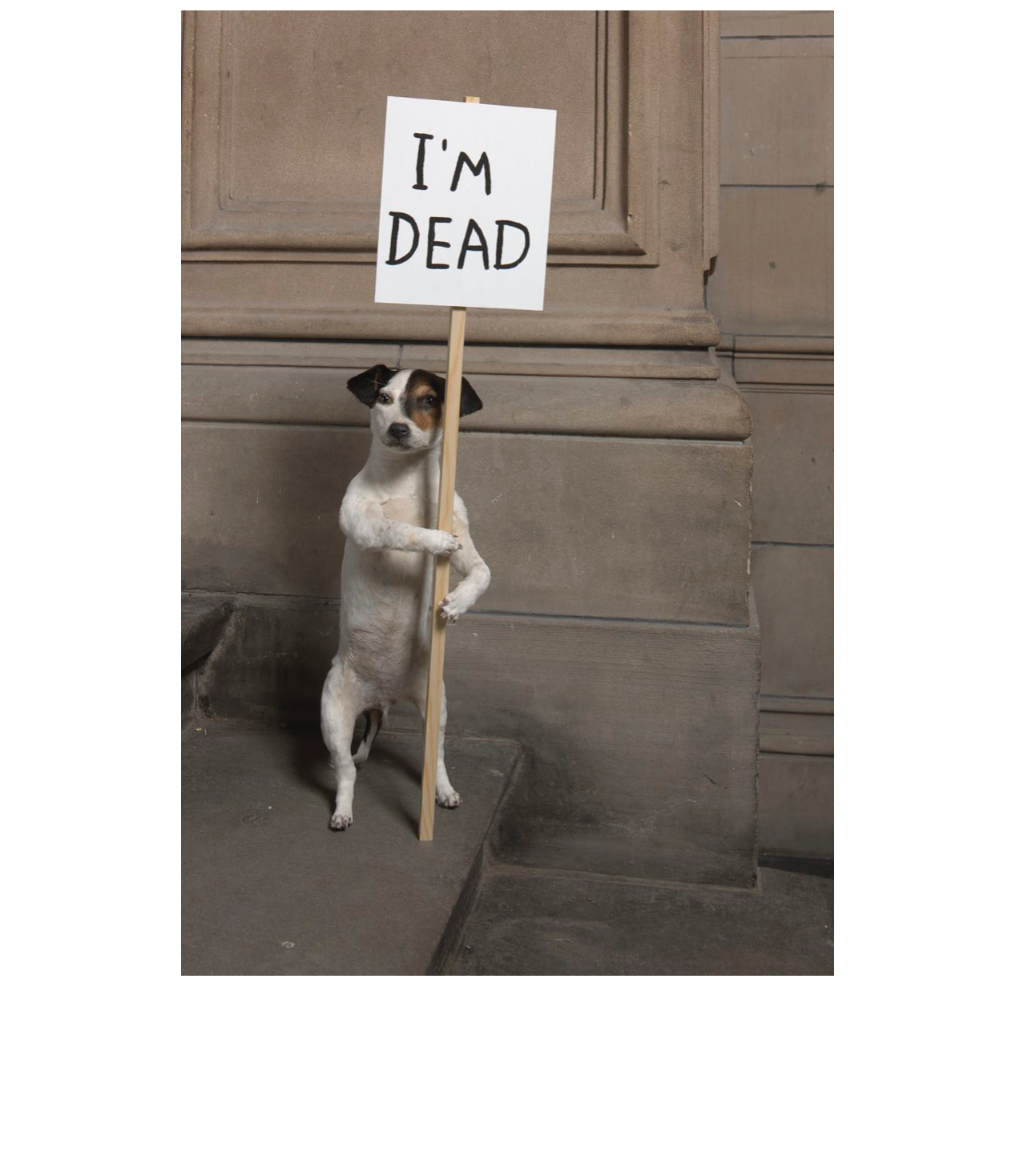 David Shrigley is one of the few contemporary artists whose name has entered the lexicon as an adjective. The term ‘Shrigleyesque’ conjures up a distinctive, darkly comic universe; one in which strange beasts suffer moral dilemmas, small mammals commit evil acts, and even the Speaking Clock tells lies. Unsentimental, anthropomorphic, and both profound and profoundly funny, Shrigley’s world view has been honed and transmitted via countless books and numerous exhibitions — and his drawings, sculptures and paintings are held in the collections of museums and galleries around the world.

When we meet in his Glasgow studio (spacious and airy, but strangely lacking a sink), Shrigley is working on a series of large paintings on paper, for an exhibition at the Anton Kern Gallery in New York. Either hung on the wall or laid in a neat pile on his studio table, the new paintings combine abstract shapes (in bold colours poured straight from the tube) with text, mostly variations on the same reassuring statement: ‘Everything is Good’.

Like all of the artist’s graphic work, they communicate as directly and economically as possible — but the relentless cheeriness of their message, repeated over and over again, starts to suggest something more disquieting. Shrigley, busy not only preparing for the New York show, but also for a move South after over twenty years of living and working in Scotland, sees their persistent positivity as the work of some kind of obsessive lunatic. “The interesting thing about them, for me, is that I am really stressed because of all of the things that are happening in my life right now. So it’s funny making these works that are just affirmations of what the work has to be, I suppose. It’s almost a process of reduction, whereby I want to eliminate all the signifiers from the work, so that it becomes sort of abstract but still makes sense. I guess I’m interested in saying less and less, and seeing whether it can still resonate in some way.” 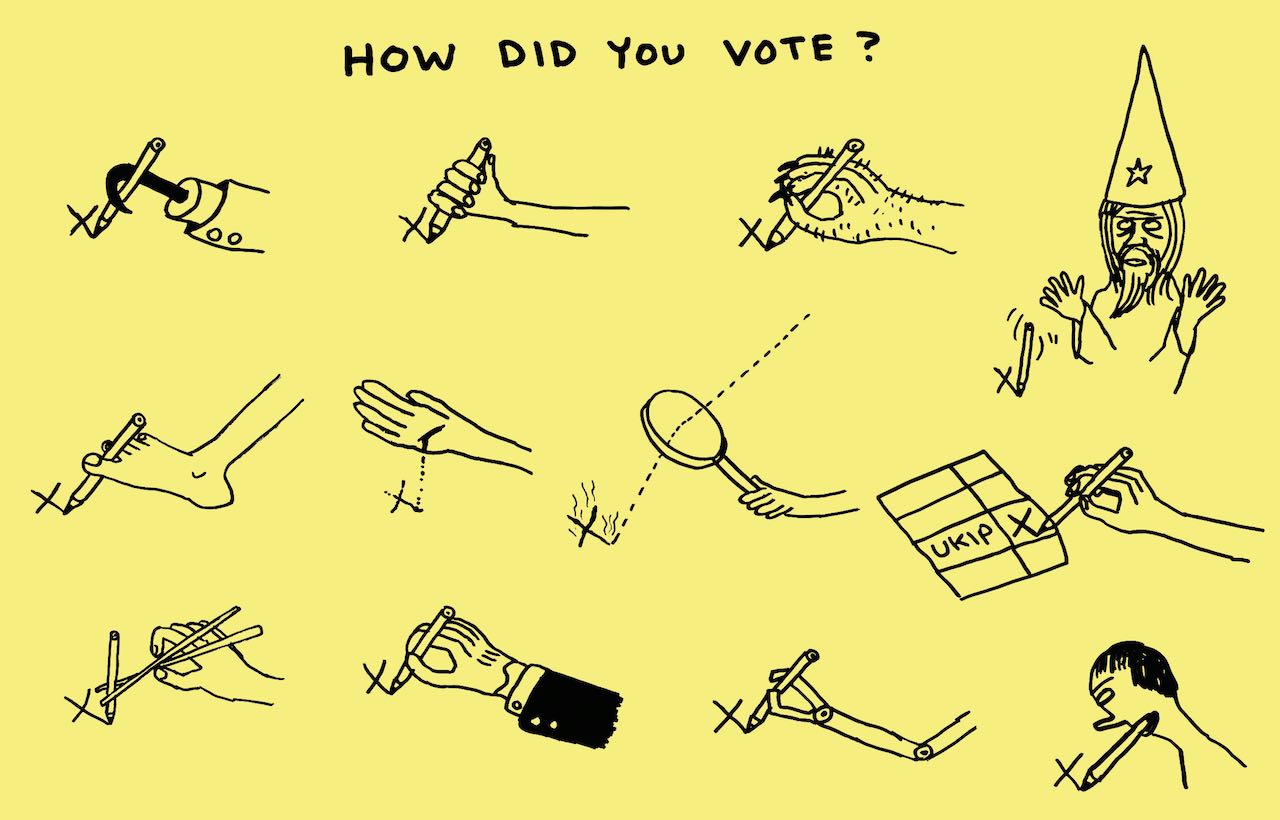 His hectic schedule has recently included a five-week residency in New Zealand, as part of the Auckland Arts Festival, where he made sixteen paintings — his first work in oil since the late Eighties. He produced one painting a day, with the intention of showing them all together at the end of the residency, regardless of how they turned out. As an artist who ruthlessly edits his daily production of drawings, Shrigley was liberated by the challenge he set himself in Auckland. “I said to myself, ‘It doesn’t matter if it’s any good or not — because that’s the project.’ The thing I’ve realised about exhibitions is that there doesn’t necessarily have to be any good work in them for it to be a good exhibition. The exhibition is just a context; a space to fill with stuff, where looking at the individual artworks and making a qualitative judgment about them is secondary to the exhibition. Not that I try to make bad exhibitions!”

The question of quality — of ‘good’ versus ‘bad’ art — seems unavoidable in commentaries on Shrigley’s work. In his crudely rendered drawings, which sit somewhere between the doodles of a child and the missives of a madman, the handwritten text is always in insistent capitals, and peppered with crossings out; his paintings and three-dimensional objects display a similar lack of technical sophistication. That Shrigley attaches no importance to craft, and is not the least bit interested in refining his ‘ just good enough’ aesthetic, is the very thing that distinguishes him from the conventional illustrators or cartoonists with whom he’s sometimes compared. His is rather a conceptual approach to making art, in which words and images are pared down to essentials, in order to make statements that seek to be as universal and easy to understand as possible. His winning brand of “meaningless conceptualism” (as he calls it) manages to be both clever and stupid at the same time; just as Grayson Perry describes himself as a conceptual artist masquerading as a potter, we might say that Shrigley is a conceptual artist masquerading as a cartoonist. 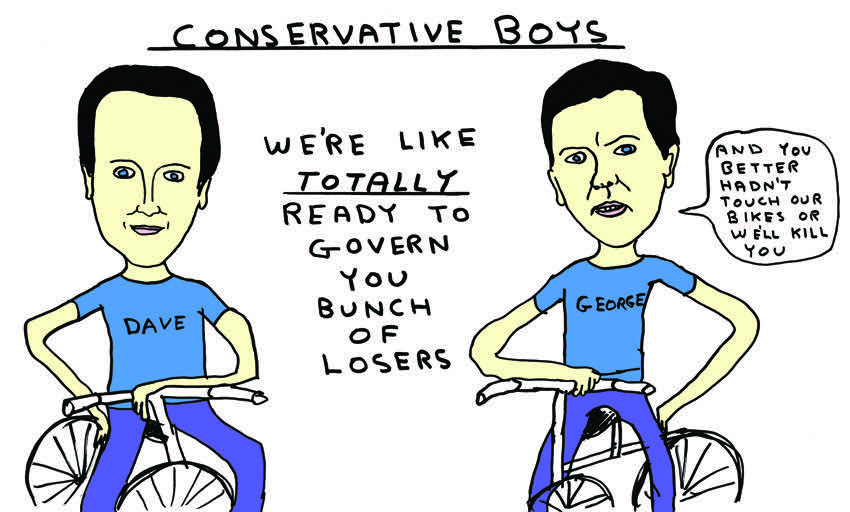 By his own admission, he occasionally muddies the waters. His brilliant, satirical drawings for The New Statesman ran as a series for eighteen months, and featured a cast of characters that included Gordon Brown, Tony Blair, George Osborne and David Cameron. Shrigley enjoyed the challenge of producing a cartoon each week in response to political events, notably the 2010 general election. (In one prescient drawing from this period, a disembodied hand puts a cross next to the UKIP box — marking it as just one of an array of unusual and wacky voting methods, back then as offbeat as using wizardry or the power of the sun.) But for someone not in the habit of striving for anything approaching likeness in his drawings, how did he deal with the need to caricature familiar public figures? “The only person I could draw was Cameron. I drew him and then shrunk the face on Photoshop. That kind of worked, but whenever I tried to draw someone else, Gordon Brown or whoever, they’d be like, ‘Could you make it look a bit more like Gordon Brown?’ I ended up doing stick figures with the names written underneath them. I found a strategy for doing it that didn’t require any caricatures!”

(This original article on David Shrigley continues in our Issue Five) 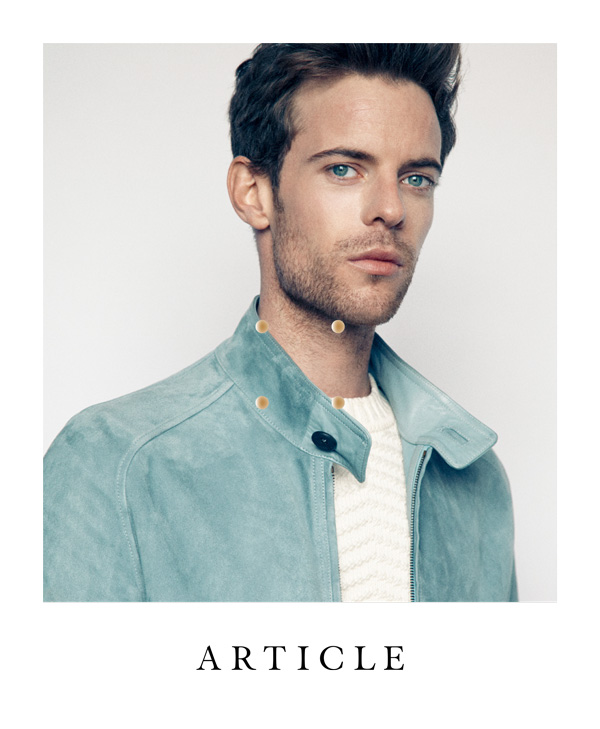