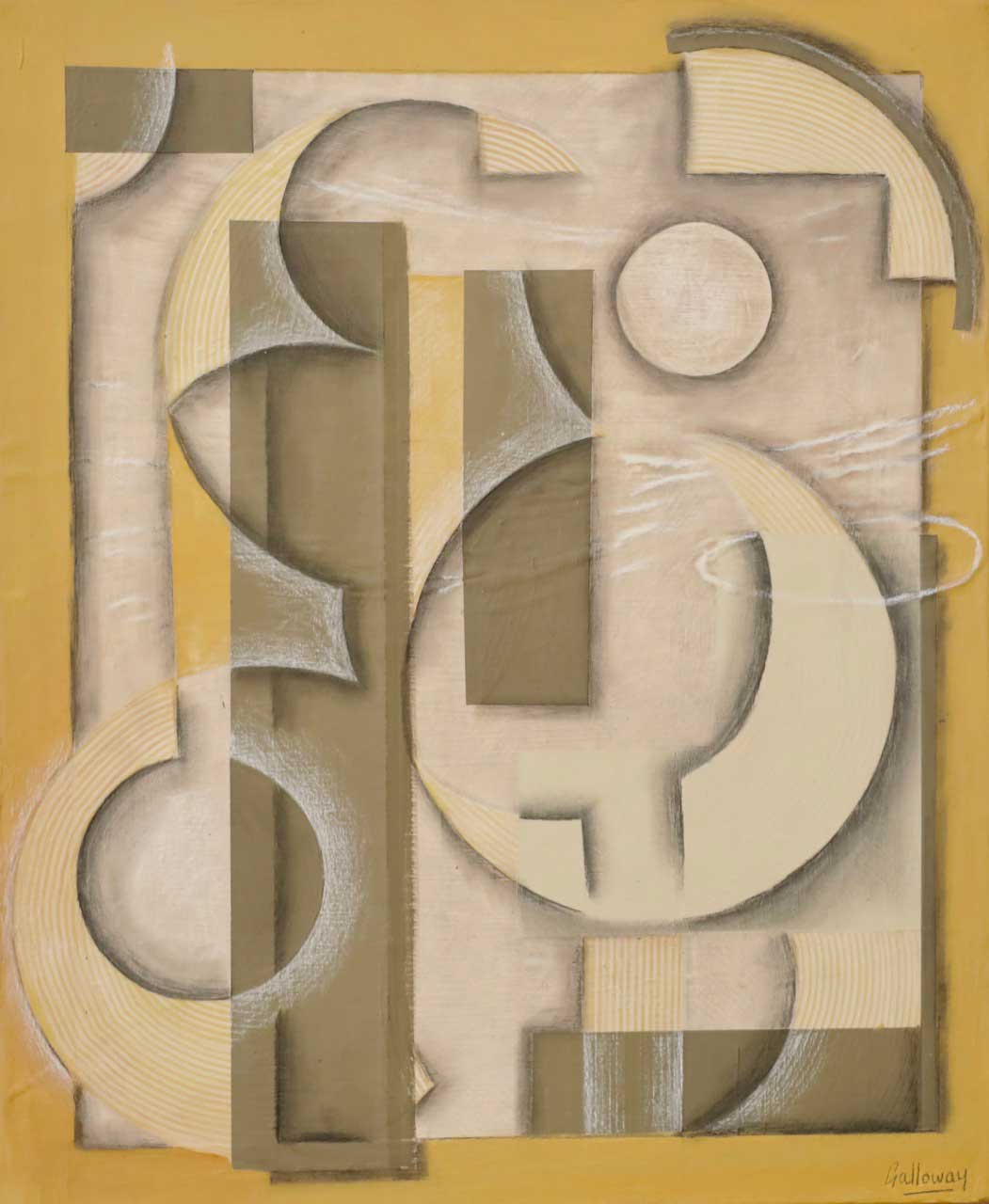 Galloway was drawn to pop art as a boy, the colours and shapes, the boldness of both. At art school he was interested in production design for films, and you see both of these early influences come together in his paintings, this idea of creating worlds. His structured compositions use sharp lines and shapes, vanishing points and colour, sitting somewhere between real-life and imagination.

Galloway, back in the UK now, has two upcoming shows he is preparing for; one at the Chelsea Arts Club, London in September and the other at the Anthony Ross Gallery, Paris, in December. Meanwhile, at Linley, London, a pop-up exhibition is currently on display.

We recently spoke about his time in Paris and what he has been working on while in lockdown.

Trisha D’Hoker: Where are you speaking from today?
Jasper Galloway: I’m down in Hampshire, in a cottage, on a common, surrounded by fields. The area is renowned for bad reception, but at least we’re talking!

TDH: Yes, at least we’re able to speak! I’ve seen the image you sent of one of the paintings you’ve been working on since lockdown. It is beautiful. Can you tell me about it?
JG: Thank you, I just finished it today. When I was in Montparnasse there was an artist above me selling his studio. He didn’t live there, but he worked there and he was clearing it out. He asked me if I would like these three frames, all wood, different sizes, chunky. I said, ”Yes please!”. Then I gave them to a friend of mine, a guy called the Cowboy of Montparnasse. He’s a character, walking around wearing American clothes, like a cowboy hat and wrangler jacket. But he’s a carpenter, and I gave these frames to him and I gave him a drink and he put the wooden panels on the back for me to paint. So I had these three with me when I came back from Paris and now I’ve started working on them here.

I’ve actually really enjoyed painting on the wood rather than canvas. I paint on canvas all the time, but something about wood, the hard surface and the brush. I use acrylic and oil, but have especially been using acrylic recently. It just spreads really nicely on the wood, it’s so very smooth. With canvases, I manipulate them quite a lot when I’m painting, put a lot of pressure on them. I might use a bit of sandpaper to scratch or take paint off, or use something quite hard, and these can make indents in the canvas. However much you stretch the canvas you still get imperfections. But with wood, once you sand a piece of wood down, oh my god, it’s lovely to work on.

Also, I have a lot of gold leaf and I’ve been able to use that. There are two different kinds of gold leaf: you have the transfer type, where the gold is actually stuck onto a piece of paper and you press it, rub it down and then it sticks. Or you’ve got the leaf which is not a transfer. These are single pieces that you pick up as a piece and drop onto something. I’m not that keen on using gold on canvas, but when it goes onto wood the gold really sticks properly.

TDH: You’ve just returned from living in Paris?
JG: I originally went there to paint for a London show. The idea had been to go for one year and just paint. But I loved it so much I stayed for a second year and ended up also doing a show in Paris, the end of last year, Vanishing Point. But the time felt right to come back. I fulfilled what I’d needed to do and did a lot more than I thought I’d do out there. But I think about Paris every day.

TDH: There is something special there.
JG: Montparnasse… I arrived there and found, by luck, the most incredible studio in a building built in the 1920s in Rue Campagne Première. It was a very famous area, and particularly that street. Next door to where I rented, Man Ray had his studio, Yves Klein had his studio there, Picasso had been around the corner. There were about fourteen artist studios in the building I was in but, sadly in this day and age, most of them were not lived in by artists. The artists can’t afford to live in this area, it’s the same the world over. But in the 1920s there were poets and artists and writers. Most of the studios in my building had been rented out to media-types, so it would be L-shaped sofas and all that. But my studio was open, empty, white – as it would have been when new in 1920. Next door to me there was a wonderful elderly artist, and her studio was all nicotine-stained and full of canvasses, like a hundred of them, all propped against the wall, everywhere covered. Mine didn’t take long to fill up though, with canvases, paints, easels, brushes, white spirit smells, paint smells. 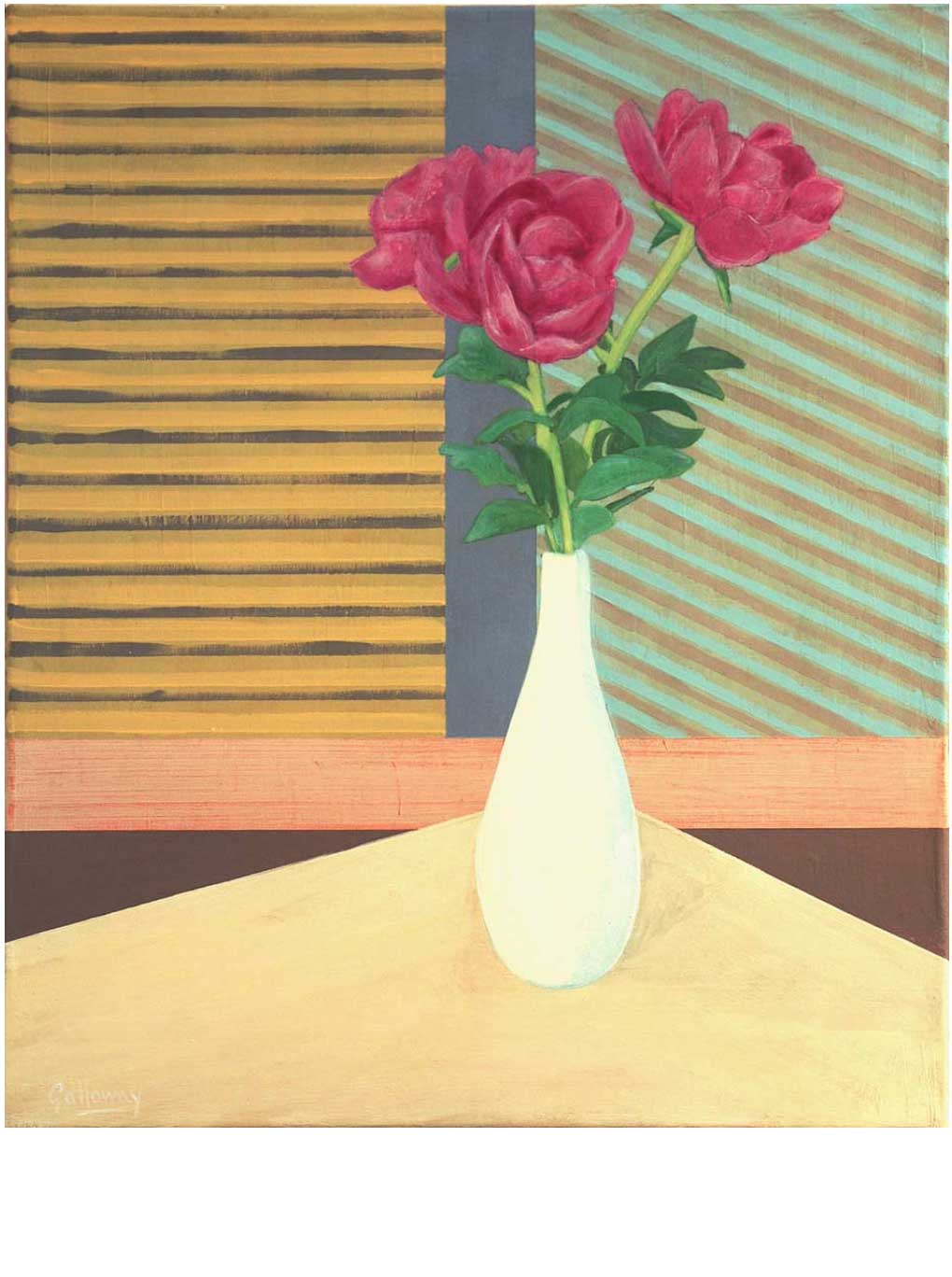 Montparnasse, as you know, has so much history, incredible studios everywhere, and many are open to the public. Montparnasse Cemetery is something else. It was 30 seconds away and I used to go to the cemetery to have time out because – I paint flat out and it hurts my head! I’m constantly trying to work out problems and make things work – so you need to step away. And I used to get a lot of inspiration from there for my paintings too. There is also a great village atmosphere and rhythm in Montparnasse: its individual shops, its bakers, its butchers, a real village mentality.

TDH: It’s still all there?
JG: It’s all there. And so very quickly I became friends with a lot of people and felt part of it. Painting was a joy because I was working in the ideal space. There was no excuse. I remember my first painting though, I kept ripping up pieces of paper and sketches and it wasn’t working. And I told myself off after a while. I just had so much work to do to prepare for the show and I remember one day thinking what am I doing, this is ridiculous. And finally something in my head just started saying, relax, stop it, stop charging around, stop trying to get all this done so quickly. Start at the beginning and think about what you want to do and take your time and suddenly I produced my first painting. I called it Empty Canvas, which went on to also be the name of the show. But basically, once I’d done that, once I had that one painting I was happy with, everything I did from then just worked. I remember thinking, you’re in a studio, but you’re a hundred years late, in that Montparnasse area. But at the same time there so many souls, so many spirits. I was painting all the time and there were times when it wouldn’t be working, then I’d hear a whisper in my head or get this idea of someone saying, change that. It was just dreamy.

TDH: It really captures the imagination, what you did, going there to live and work like that.
JG: When I was in Paris, I did get some interest quite quickly because I was this Englishman living in Montparnasse in an artist’s studio. I was contacted by France 24, wanting to interview me, which they did. And off the back of that I was approached by a group of people who wanted to make a documentary about me, which they have, but which isn’t finished yet. It was that whole thing where there’s this English guy, working and living in Montparnasse, in a studio, arriving a hundred years late … 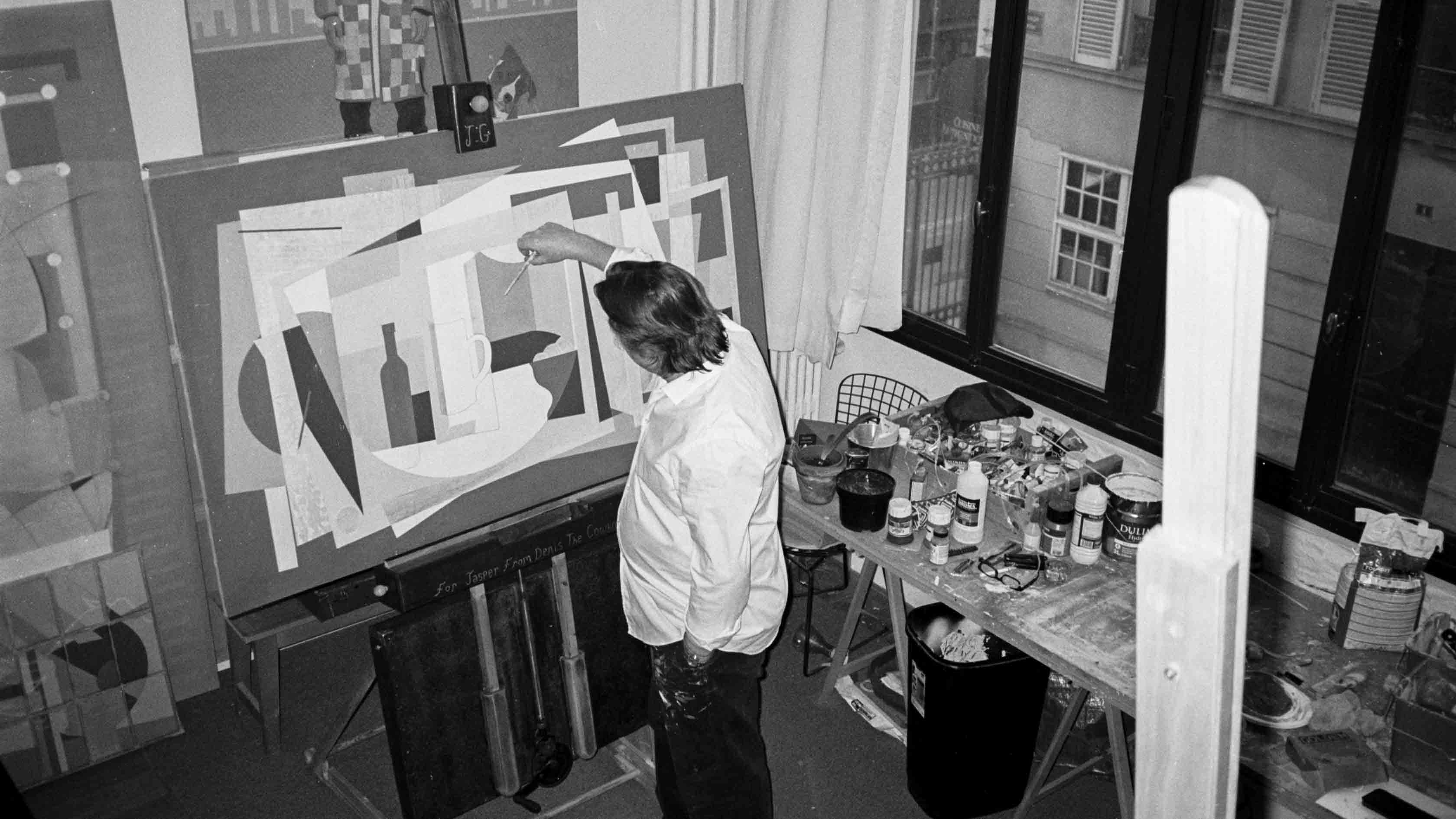