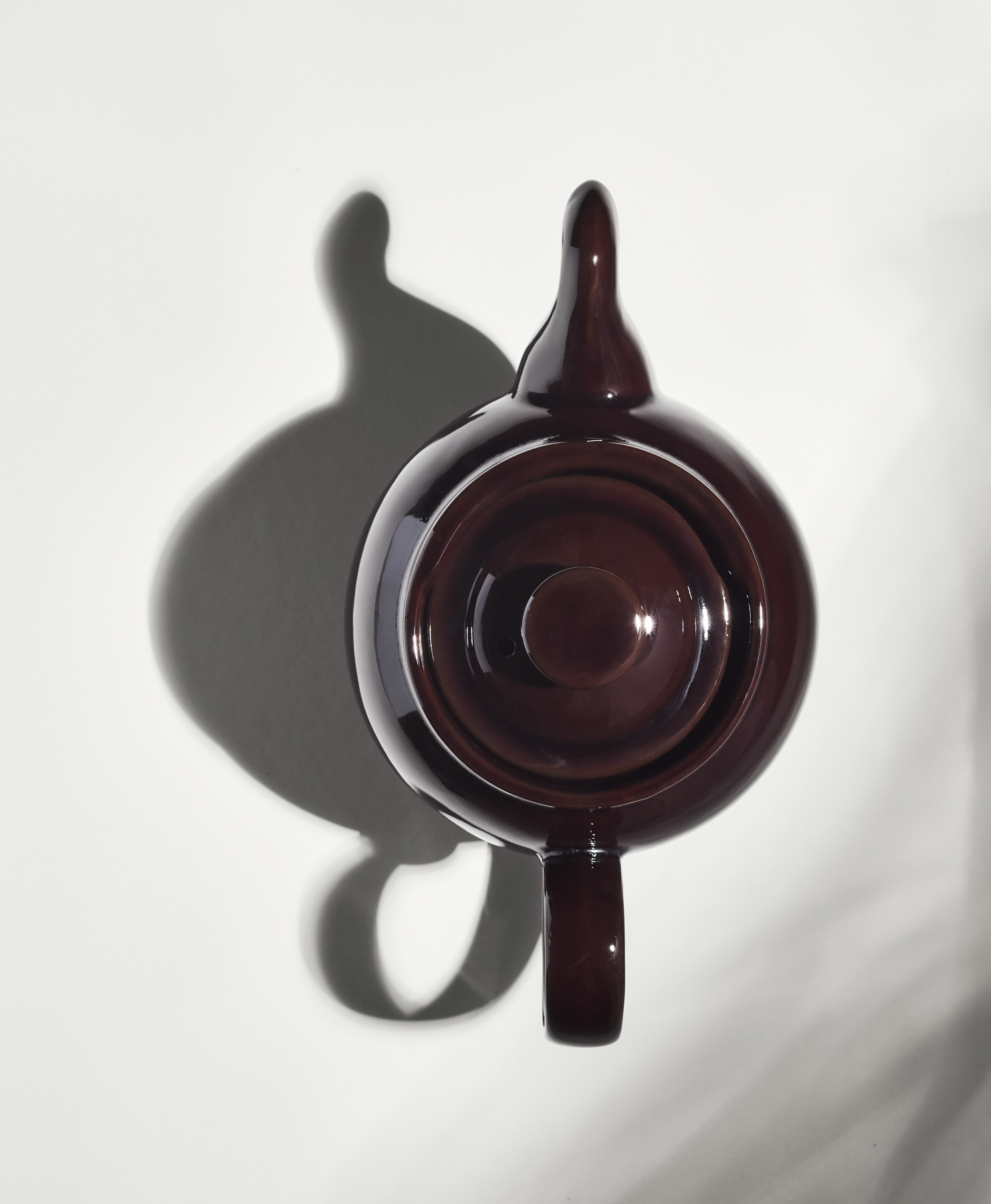 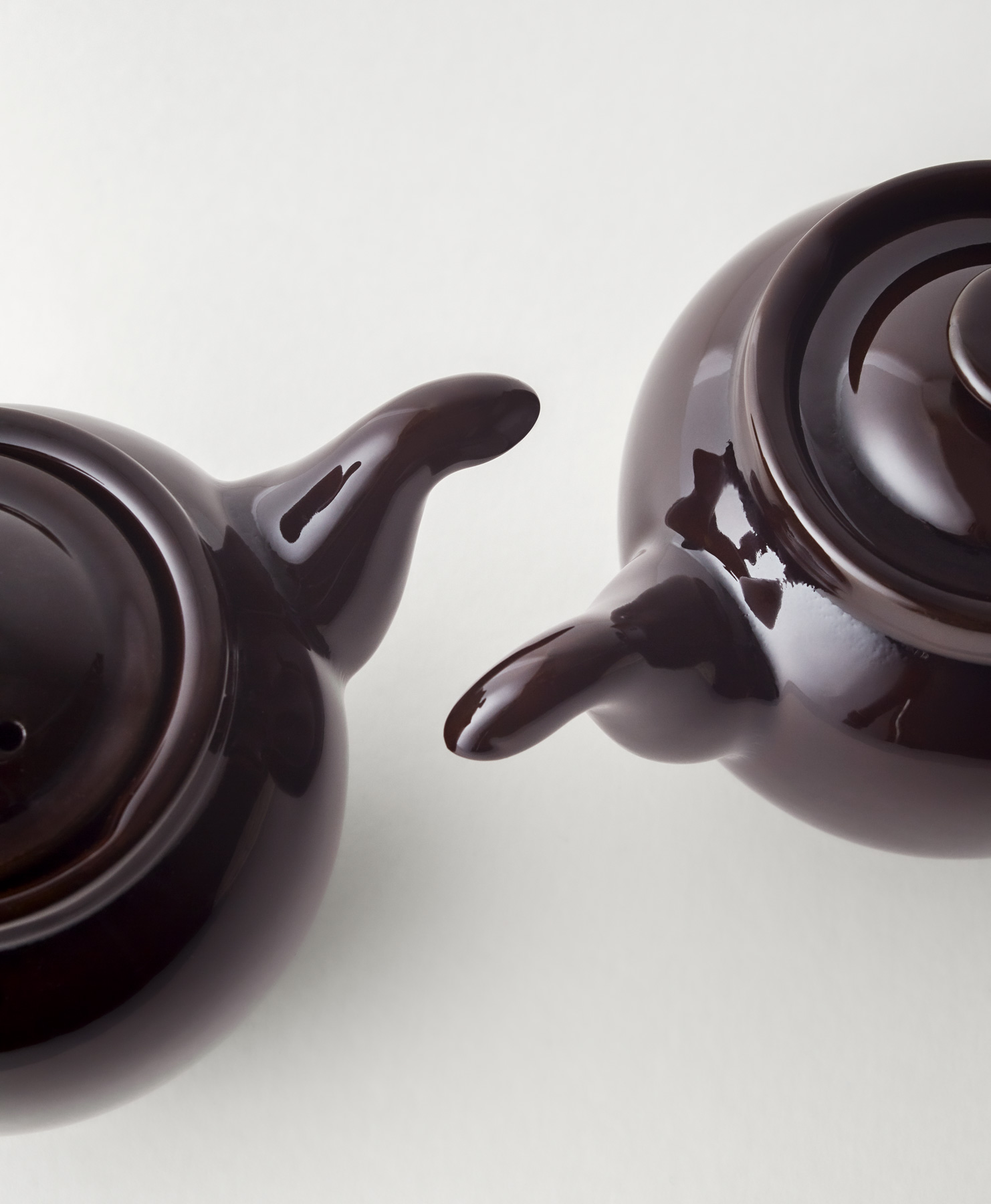 The first time I really took note of the Brown Betty typology was when staying at a friend’s house in Cornwall about ten years ago. Being relatively tall, I found the small but beautifully formed galley kitchen a bit of struggle to move around in, and I clumsily broke the teapot while doing the washing up. After sending a message to my friend in apology, she said ”no fuss, just grab any Brown Betty you can find down at the shops”. I should explain that this friend is Jane Dillon, the British designer, educator and artist, who as well as being a fixture on the staff at the Royal College of Art for three decades, also worked for the great Ettore Sottsass in Milan in the late 1960s. Suffice to say, she knows a thing or two about design, and certainly a great deal more than I. Her confidence that there would be a good selection of Brown Betty's to choose from at local shops was well founded, and I had no problem getting a nice looking one as a replacement. Much relieved, I was left wondering about the provenance of the Brown Betty and why it was such a common object. Likely distracted by the sea, the sand or those delicious pasties, I didn't get far in my reflections, but thankfully, someone else did. 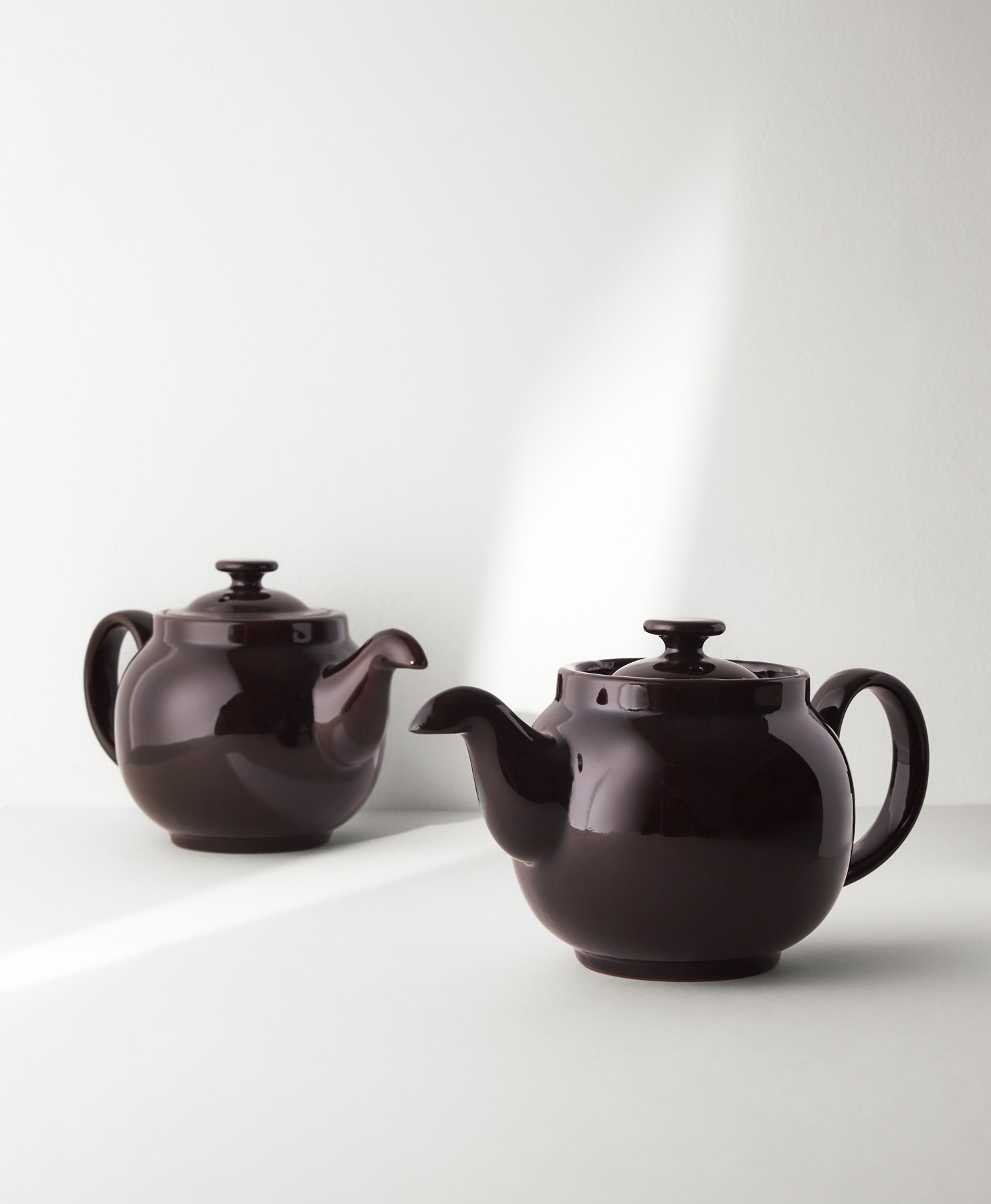 Ian McIntyre spent three years researching the history of the Brown Betty; the project becoming, by his own admission, something of an obsession. As well as collecting numerous vintage versions of the pot, he trawled through the archives at Staffordshire Library and the Potteries Museum to glean all the details he could about the story of its design. Piecing together various details from a non-linear and patchy history, he discovered that the Brown Betty is an object that has evolved over time, rather than being the work of a single designer or company. Two Dutch brothers, John and David Elers, who moved to Staffordshire in the 1680s, are widely credited with introducing redware pottery to the region after finding a suitable source of local clay. However, to add an even more global aspect to the story, their early teapots were in fact imitations of Chinese ones that were fashionable in Britain at the time, brought into the country by the East India Company. The work of the Elers brothers was hugely influential, both in terms of style and on the subsequent development of the Potteries as an industrial region. It’s clear, then, where the Brown Betty started – charting its direct history from this point proved much harder. McIntyre found a ”rich history of multiple makers working with this object. The term Brown Betty Teapot, or the term Rockingham Teapot, describes a typology of object, rather than a brand. There were multiple factories making it, each adding their own innovations. So, what you got is a slow evolution of ideas shared between a really wide range of people. Essentially an open-source model, they were all contributing to the refinement of a product” 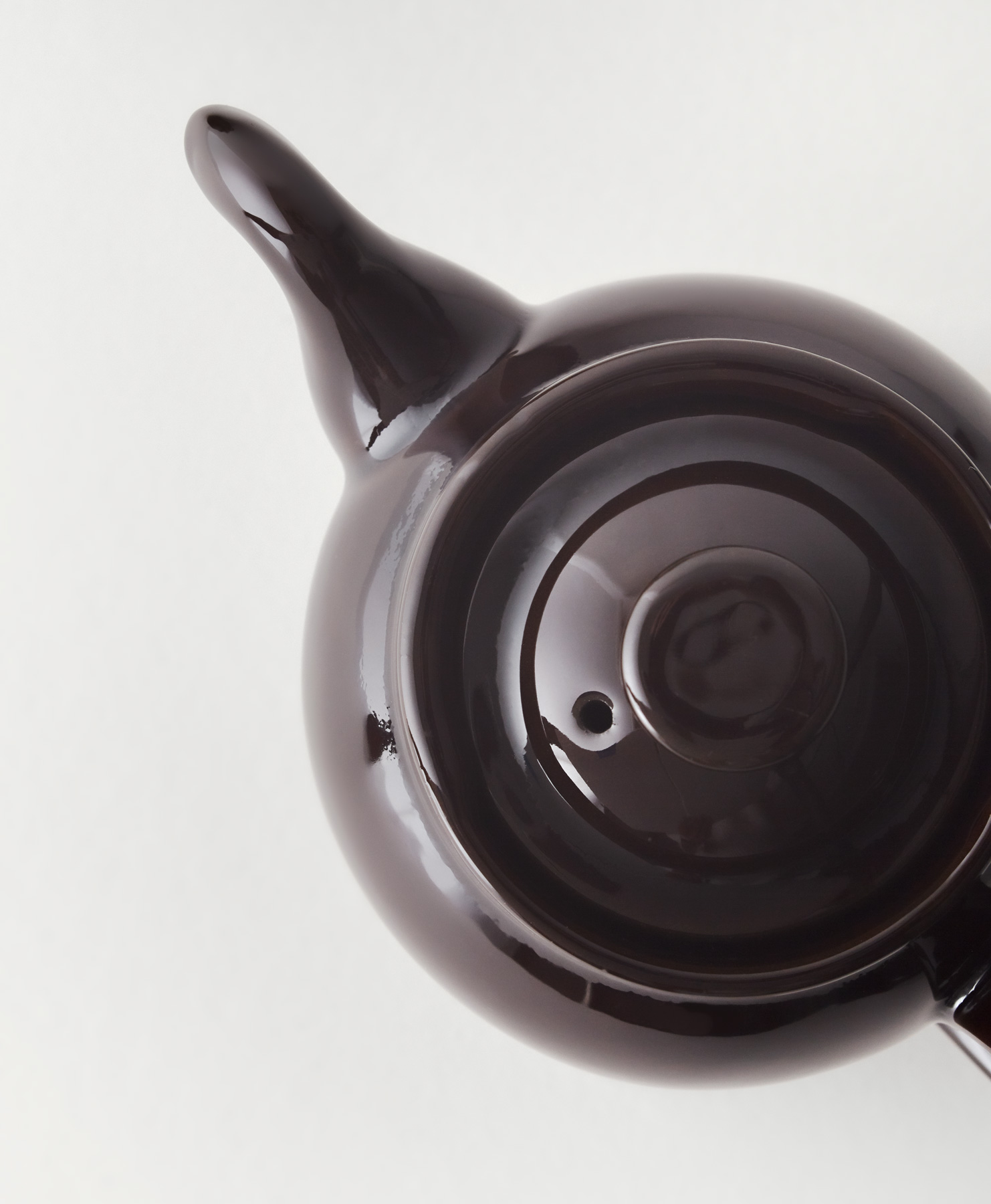 Once a depth of understanding had been accrued about the object, McIntyre then approached Cauldon Ceramics, a traditional redware pottery in Staffordshire with a long history of making Brown Betty's. He worked closely with them on a Re-engineered version of the pot, re-introducing various details and patents that had been innovated over its history, such as the non-drip spout or the locking lid. The result is essentially the Rolls Royce of Brown Betty's, a teapot so refined over time it's totally flawless. From the spacing of the handle so that your knuckles don't get burnt, to the globe shape of the body which has been proved to create the perfect brew, it's a truly perfect blend of form and function. On a personal level, the project had great meaning for McIntyre, which is probably why he delivered such an outstanding piece of design. "I feel that the Brown Betty is a counterpoint to the seemingly unending barrage of new products being launched and discontinued daily in the design industry. I feel that this story reflects a dedication to a material, or a design, and the refinement of a process that has given rise to a classic, not because of nostalgia, but because it’s the best at what it does." 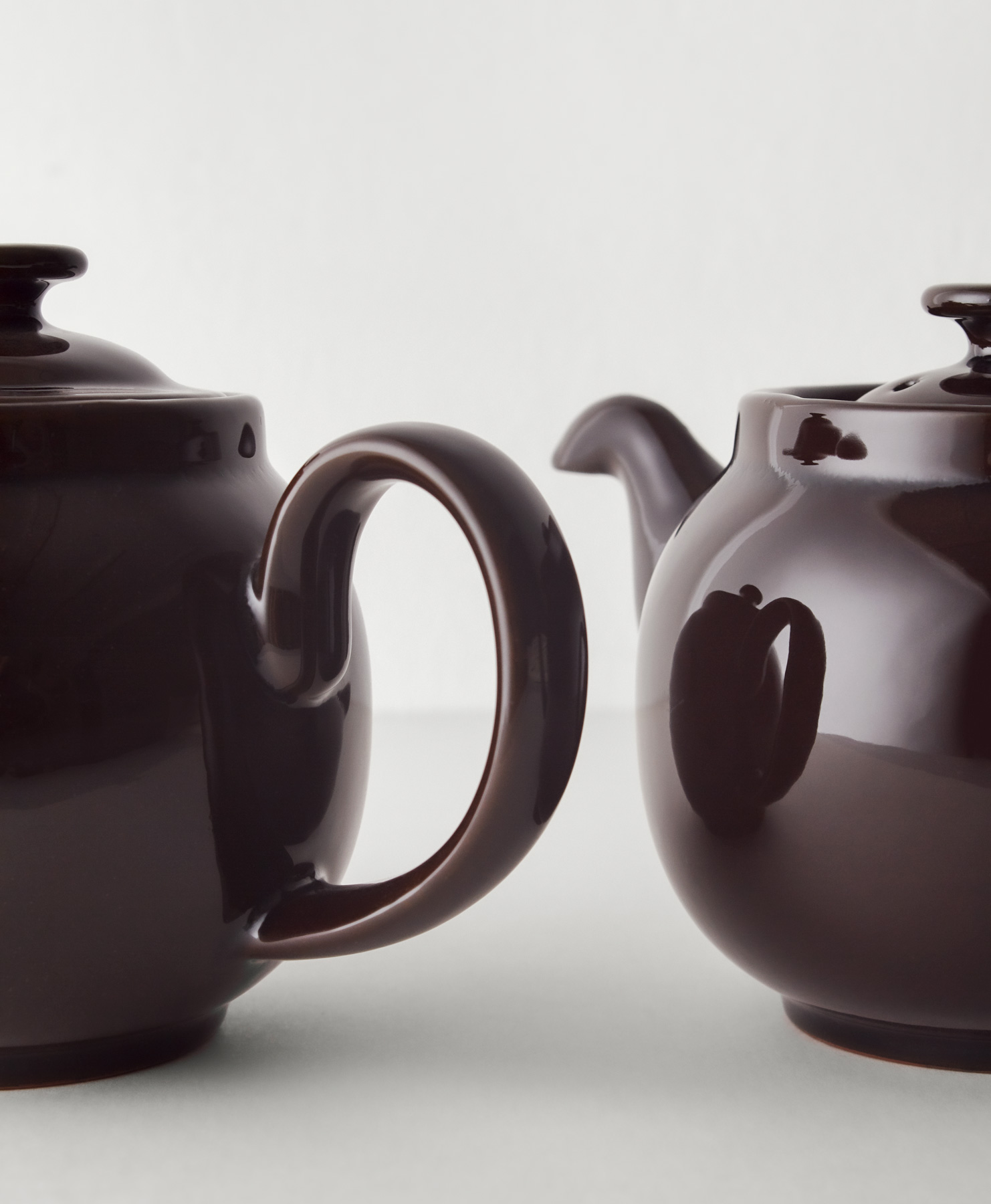