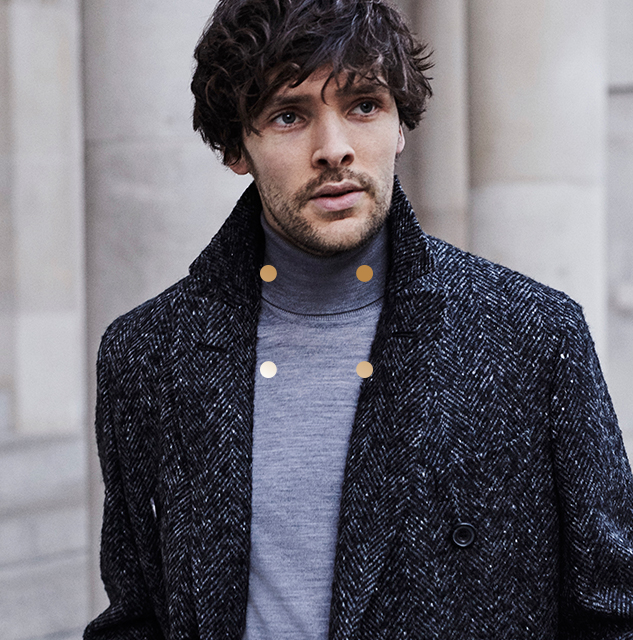 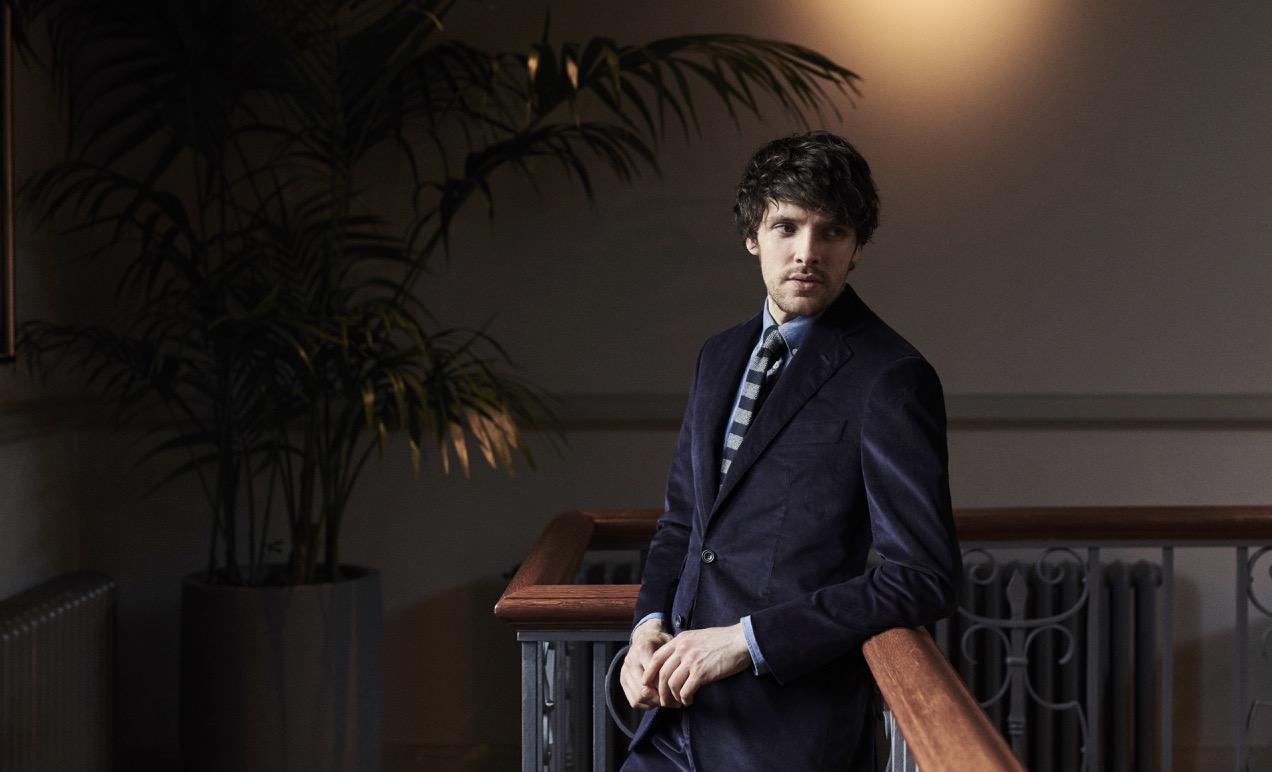 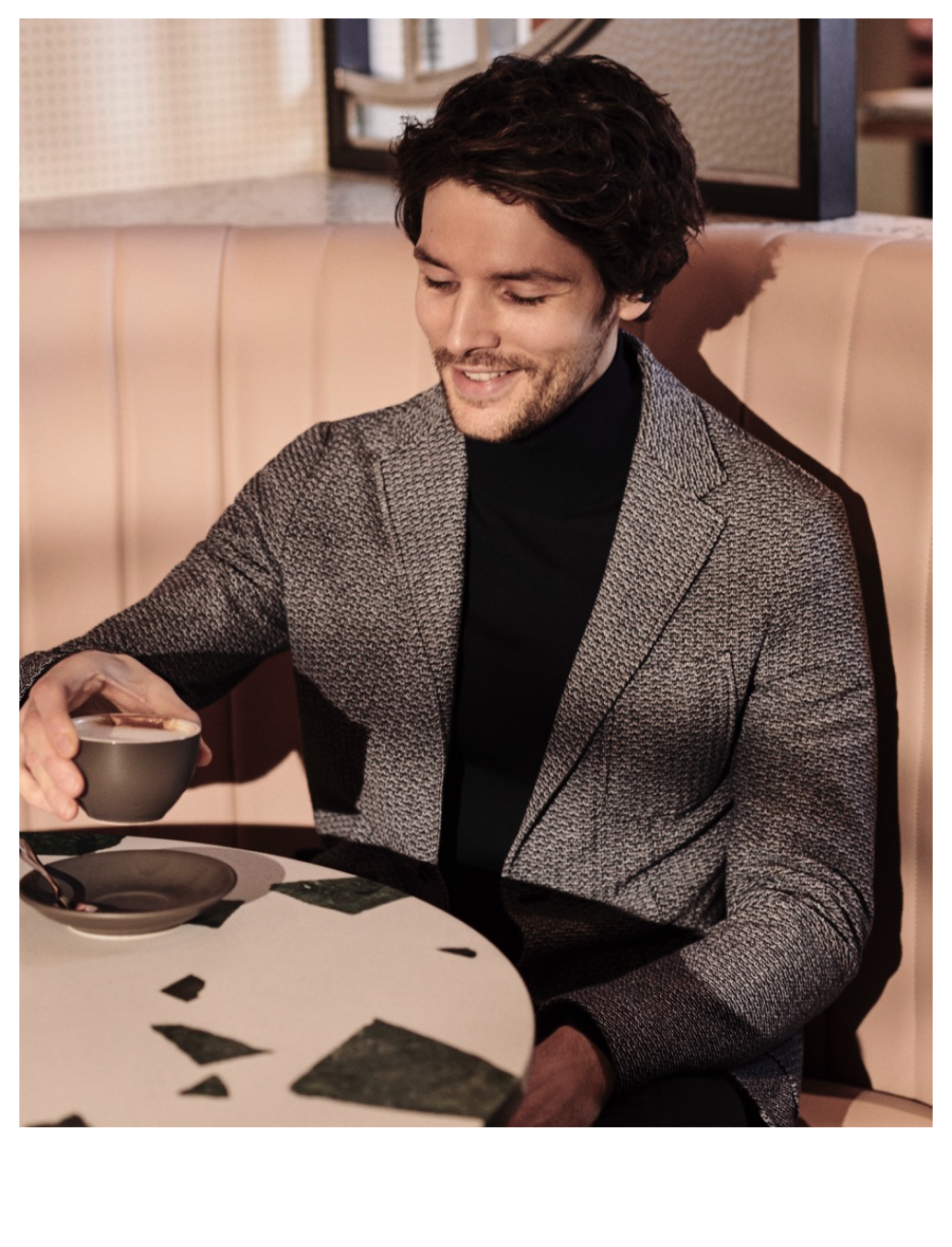 Colin Morgan’s career began before he’d even finished his final year at drama school. To stage pieces they had prepared for their final evaluation, final year students were sent to London. There, Morgan was discovered by director Rufus Norris, with whom he made his West End debut in Vernon God Little. That same year, at the Old Vic, he starred opposite Diana Rigg in Pedro Almodovar’s All About My Mother. A year later, he landed the lead role in Merlin. And it feels as though he’s barely stopped working since then.

On the big screen, he’s been in Rupert Everett’s Wilde biopic The Happy Prince, British mystery drama Waiting For You, and the action adventure movie The Huntsman: Winter’s War. Benjamin, currently on release, sees him take on the role of a rising young filmmaker, full of anxieties as he navigates both a new romance and his film’s premiere; as the title character, Morgan is an absolute pleasure to watch.

His television resumé includes Channel 4 sci-fi series Humans, the BBC’s supernatural chiller The Living and the Dead, and a turn as a young gay man, constantly embarrassed by his unexpectedly accepting Belfast mother, in The Catherine Tate Show. Morgan balances this with demanding theatre work — although balance is not something he necessarily goes in for, as he will later explain.

In his most recent West End role, in Brian Friel’s Translations, he played Owen — the lrish boy who returns home with two British mapmakers, as they attempt to map out and rename his home village. When we speak, he’s just finished week one of rehearsals for All My Sons, alongside Sally Field, Bill Pullman and Jenna Coleman. If he’s tired, he doesn’t sound it at all.

TDH: You’ve just begun rehearsing for All My Sons. How is it going?
CM: It’s been a whirlwind. The first week is always like that; so many thoughts, ideas, excitement, anticipation. We’ve been in the rehearsal room, meeting people who will be ‘family’ for the next few months — we will actually see them more than our own families. Particularly with this play, All My Sons, it’s all about being part of a family. So it’s an important time, developing those relationships as we develop our characters.

TDH: And your character has to face some big, life-defining issues. It’s quite an emotional journey.
CM: There’s a lot to get my head around! And the back story, there’s so much. I need to also work out how much is known, revealed on stage, how much only shows up through actions, who knows what. To start with, the time the characters exist in itself is a big influence. Just by going through things like the Depression, how that affected the characters. And WWII. Then layer on top of that the courtroom drama, the history of the family, the relationships between father and son, mother and son, business partners, intergenerational guilt…

TDH: Arthur Miller provides rich territory!
CM: You can picture him watching, laughing, as we try to untangle and distill what he created. But that’s also why it’s one of the best parts of the journey to the stage. This is where the imaginative work comes in, when you map out all the different alleyways that exist for this character.
You try to identify them, lay them all out, then decide which of those alleyways you are going to explore more. And it’s challenging. Every time you read the play, a new story emerges, or you see something you didn’t see before. And how many alleyways will you go down before you feel lost? It’s like a spiderweb underpinning the play. 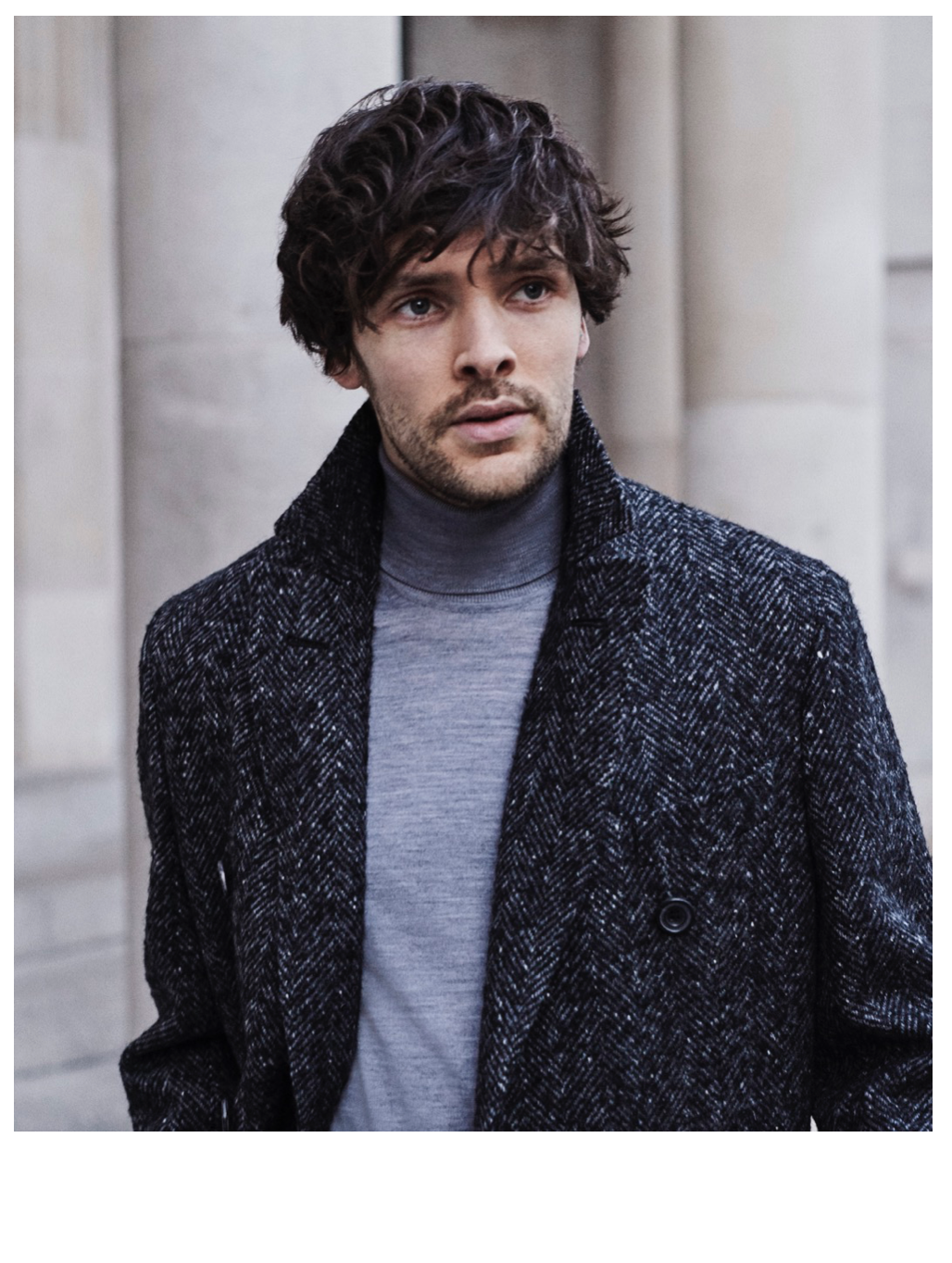 TDH: A luxury you don’t get when preparing for a film, I imagine?
CM: You certainly don’t get five weeks to prepare! With film, you have to more or less come to the table ready to go, character in place. Or at least, be ready to throw it out. With theatre, you get to distil the detail.
Being able to work your character out with other actors and the director in the rehearsal room is one of the best parts for me. It’s a very active process. There’s so much energy in the rehearsal room. It makes it exciting, all these different energies — and it’s funny how quickly the roles emerge, how we begin to become the characters. I’ve worked with the director, Jeremy Herrin, before. And I love him. He’s so brilliant, it’s overwhelming.

TDH: Is preparation for a film role down to you on your own then? Not so much the collective experience of theatre?
CM: That is the big difference, yes. But for me, the prep work is the same. I feel like I never switch off. I’m always looking, or aware of real life around me, to provide (for my research). I don’t usually go out of my way or have a plan. Like, if I’m doing a particular accent, I will listen out for that or find someone to speak with who has it. Or if I overhear something that fits with a character I’m researching, then I will store that, I guess.

TDH: Have you ever had any really good advice from other actors?
CM: I’ve worked with some really great actors. And I think one of the big lessons, for me, has just been how respectful and how unstarry they are. There’s a common misperception that, when someone is in the public eye, they are somehow some other entity. But it’s not like that. The really great actors have the same fears, concerns and insecurities we all do. I love to learn, especially from older actors — just watching them, always learning, letting go of their ego.

TDH: Would you have any advice to pass on?
CM (laughs): I don’t think I would presume to know any great bits of wisdom. But I would say — and this would be to anyone, not just actors — that if you are truly passionate about something, no one will be able to talk you out of it. I think that’s a pretty good barometer as to whether you’re doing the right thing for you.

TDH: What films did you enjoy growing up?
CM: When I was younger, I was drawn to the darker or slightly weirder movies, like Dark Crystal or Big Trouble in Little China. Then later, I liked films like 21 Grams, American Beauty, Magnolia — stories told in interesting, slightly off ways. I’ve always been a sucker for those. And even better if it’s accompanied by some weird music, like something by Thomas Newman. 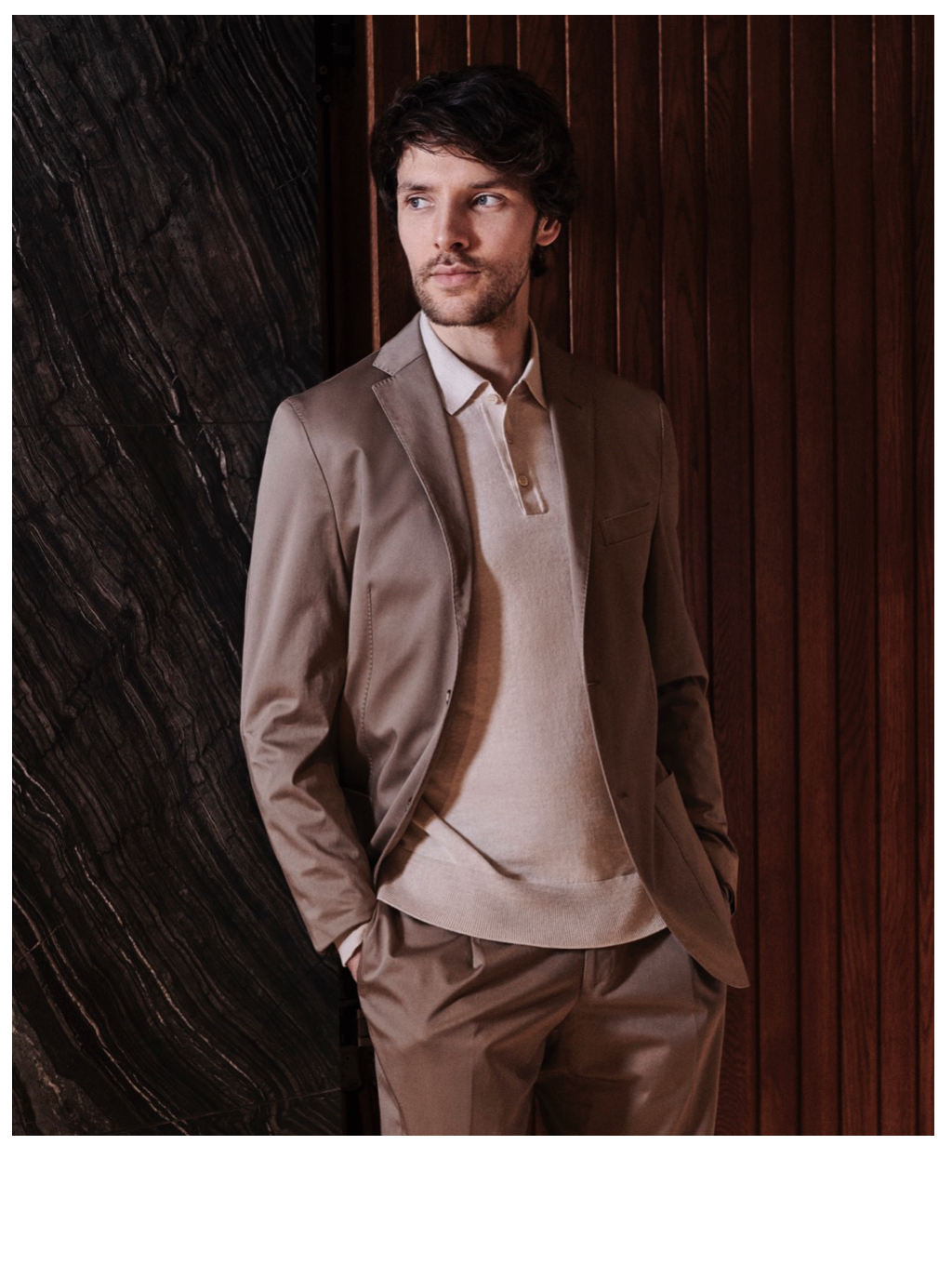 TDH: Was acting something you’ve always been drawn to? Was it in the family?
CM: No. It’s not in the family, so there were no influences there. Acting was something that I just seemed to be doing, was always drawn towards; school plays, any drama. I grew up in Armagh, and there was always some kind of drama I could do.

TDH: You went on to study acting — first in Belfast, and then at the Royal Conservatoire of Scotland. But then, in your last year, something unexpected happened?
CM: As part of our final assessment, we had to do two scenes we had prepared. And we went down from Glasgow to London for this. It was crazy, I can’t even really remember. Just a whirlwind. It was the first time I’d ever been in London. Everything was just so new!

TDH: And this is where you were cast for the lead in Vernon God Little?
CM: Yes, this is when I met the director, Rufus Norris. Like I said, it was a whirlwind!

TDH: It’s one of those moments when something really changes the direction of your life.
CM: Completely! It really set me on a course; I can’t imagine how it would have gone otherwise.

TDH: You seem equally comfortable on stage or film, and you’re certainly busy with both! You recently did Simon Amstell’s Benjamin, which premiered at the London Film Festival, and which is quite an original story.
CM: It’s out now. And yes; the narrative, along with the honesty of the script, is incredible. Also, with amazing direction.

TDH: What about downtime, how do you stay balanced?
CM (laughs): I can’t say I subscribe to balance! I don’t really switch off. And when I’m working, the scales are definitely tilted towards whatever I’m doing at the time. It can be quite intense. There’s so much going on, so much to take in and work out. It just takes over, completely.

TDH: How about between jobs?
CM: Between jobs, I hang out with friends. Go out, don’t go out – no agenda. It’s when normality becomes the luxury.

TDH: And I have to ask, what’s your relationship with fashion, do you have one?
CM (laughs again): No! I do rely on good people, though, to guide me! 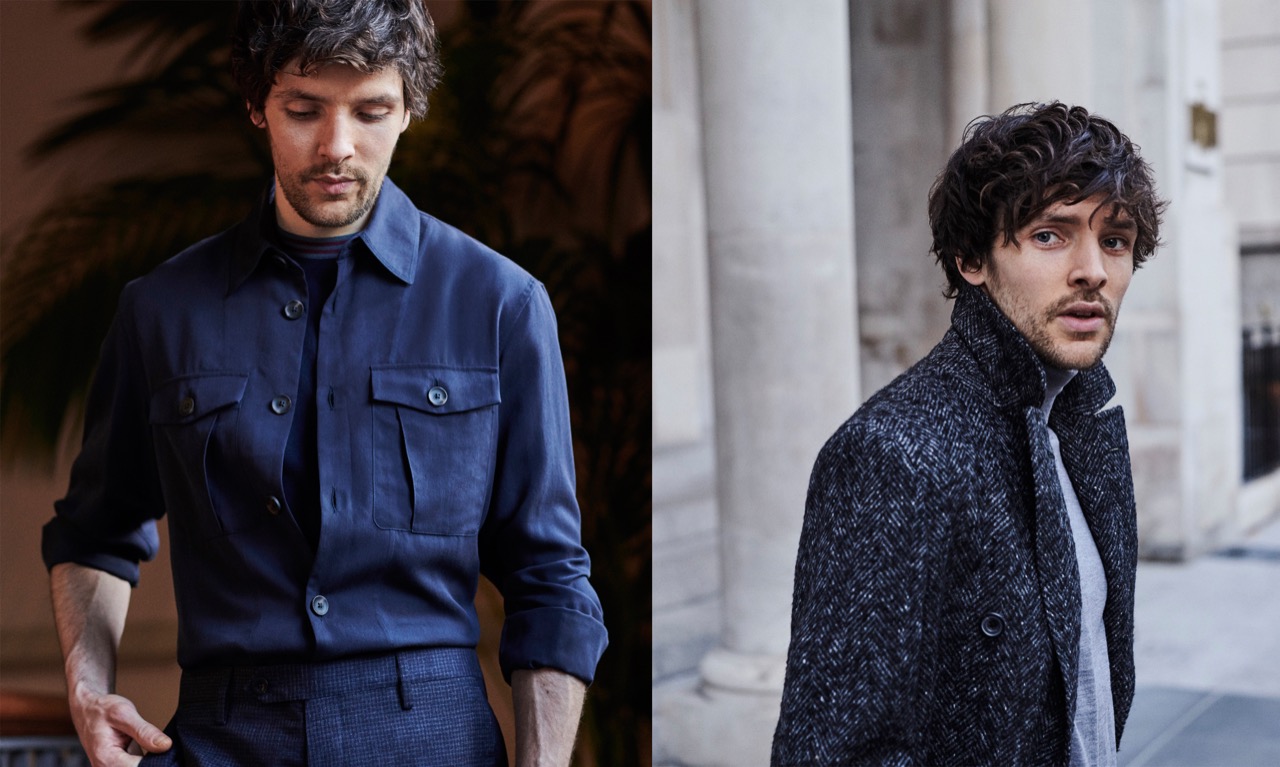 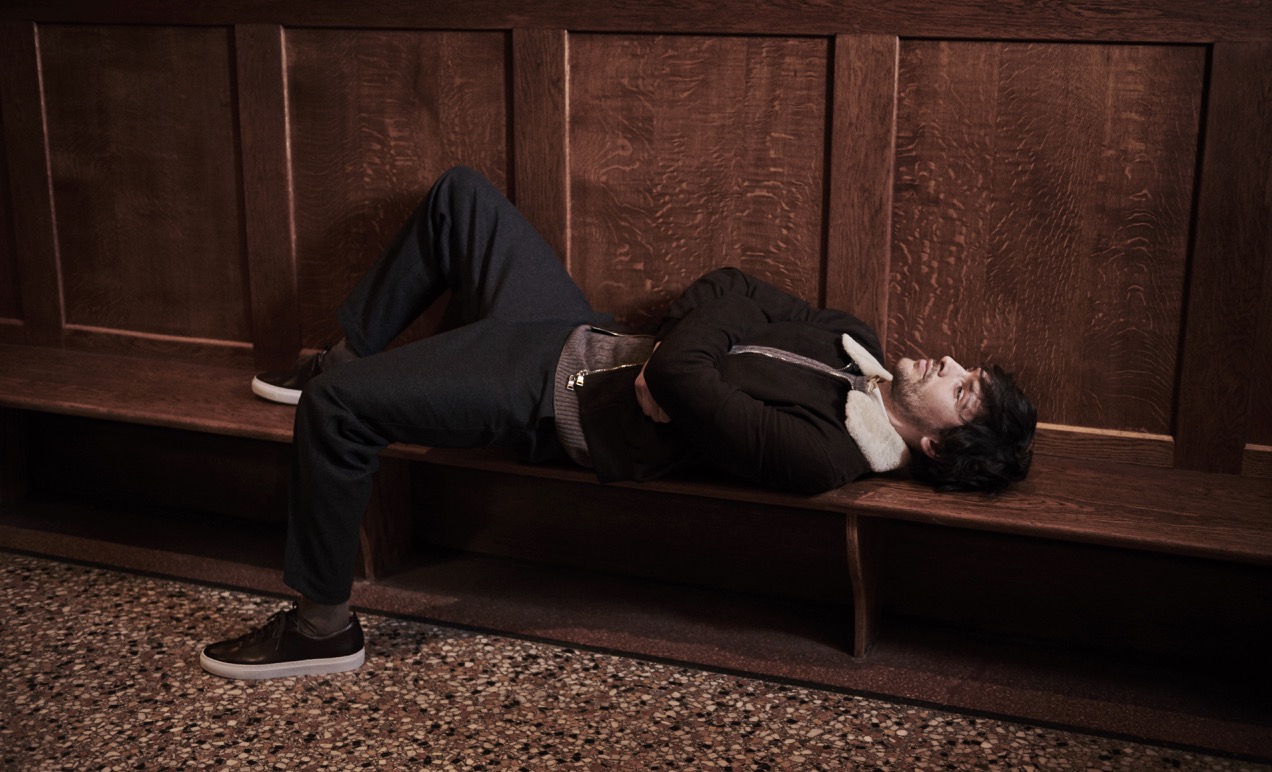 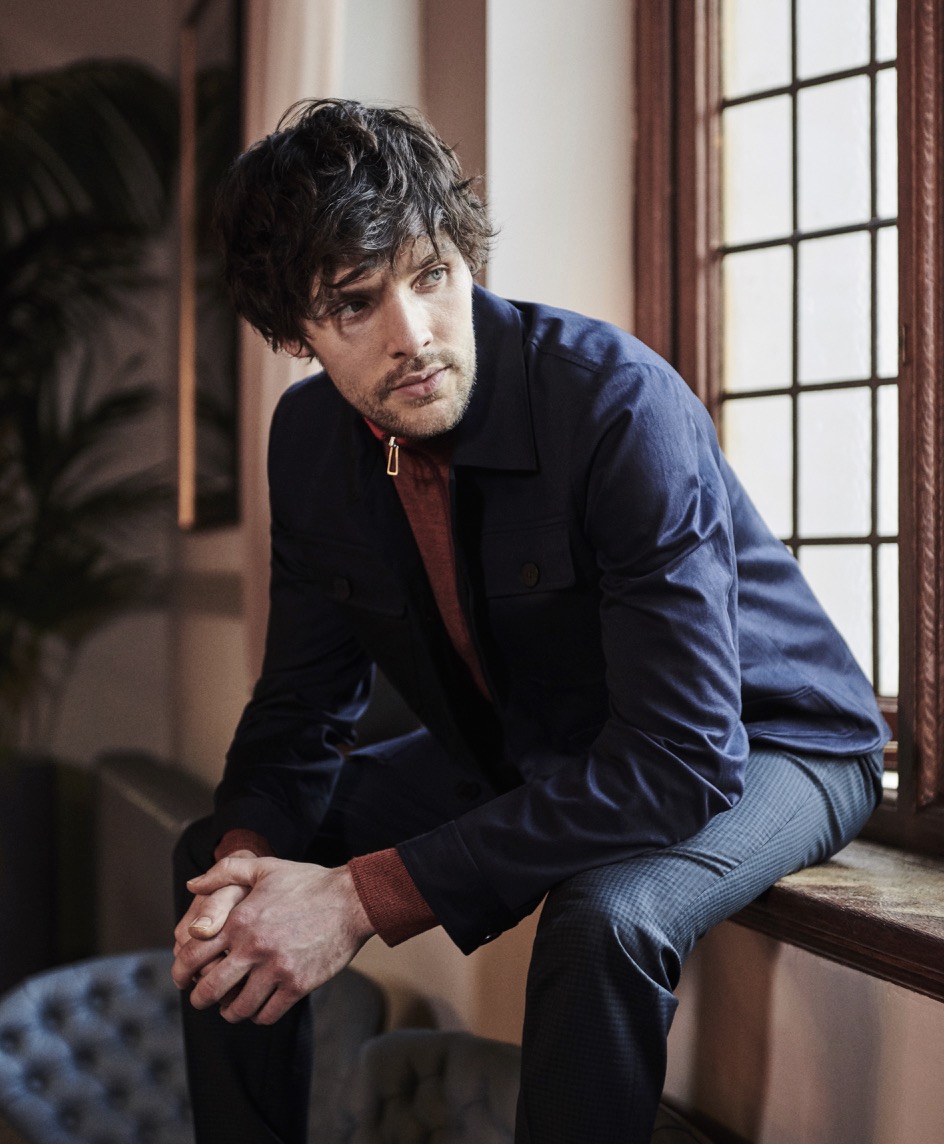