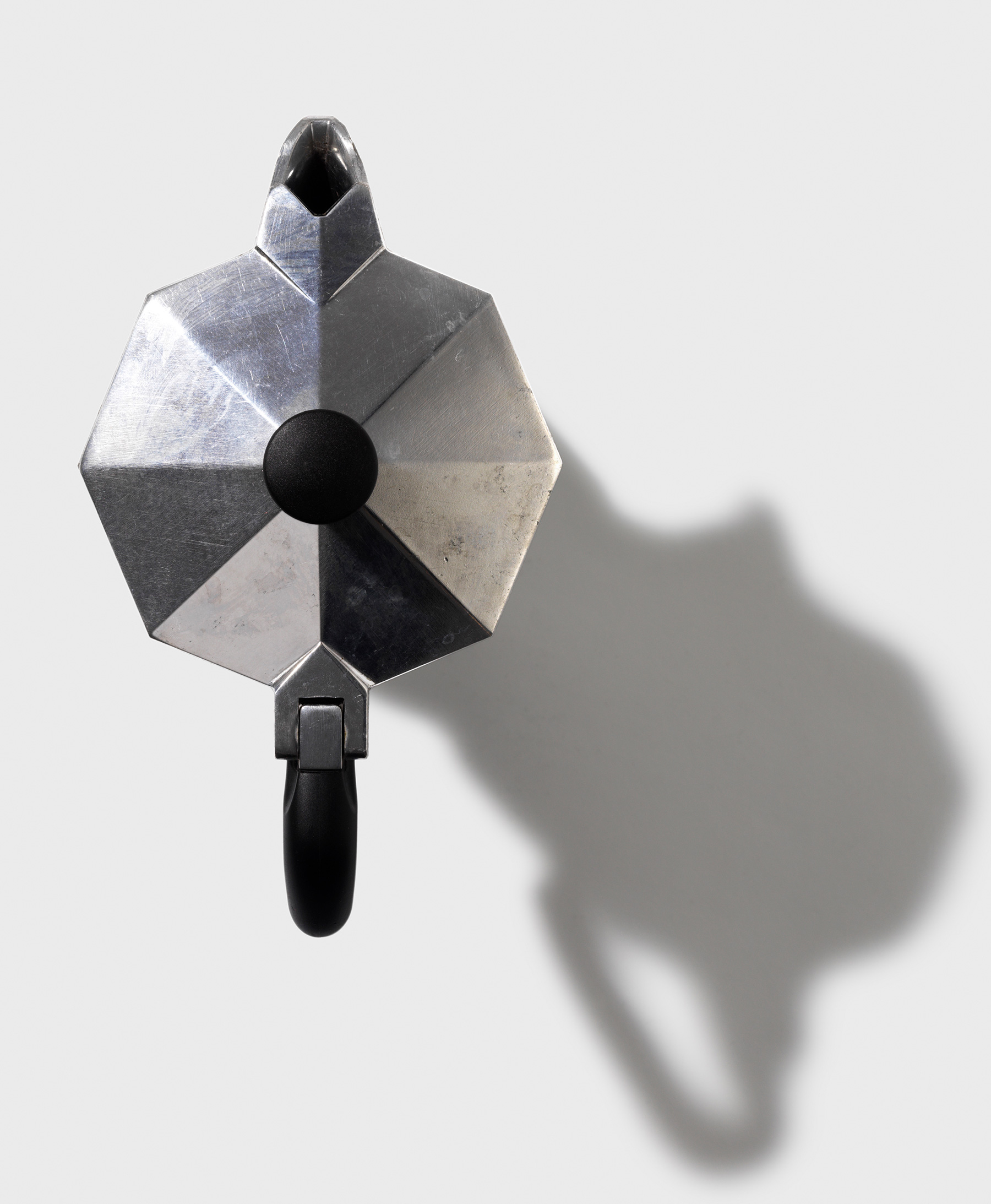 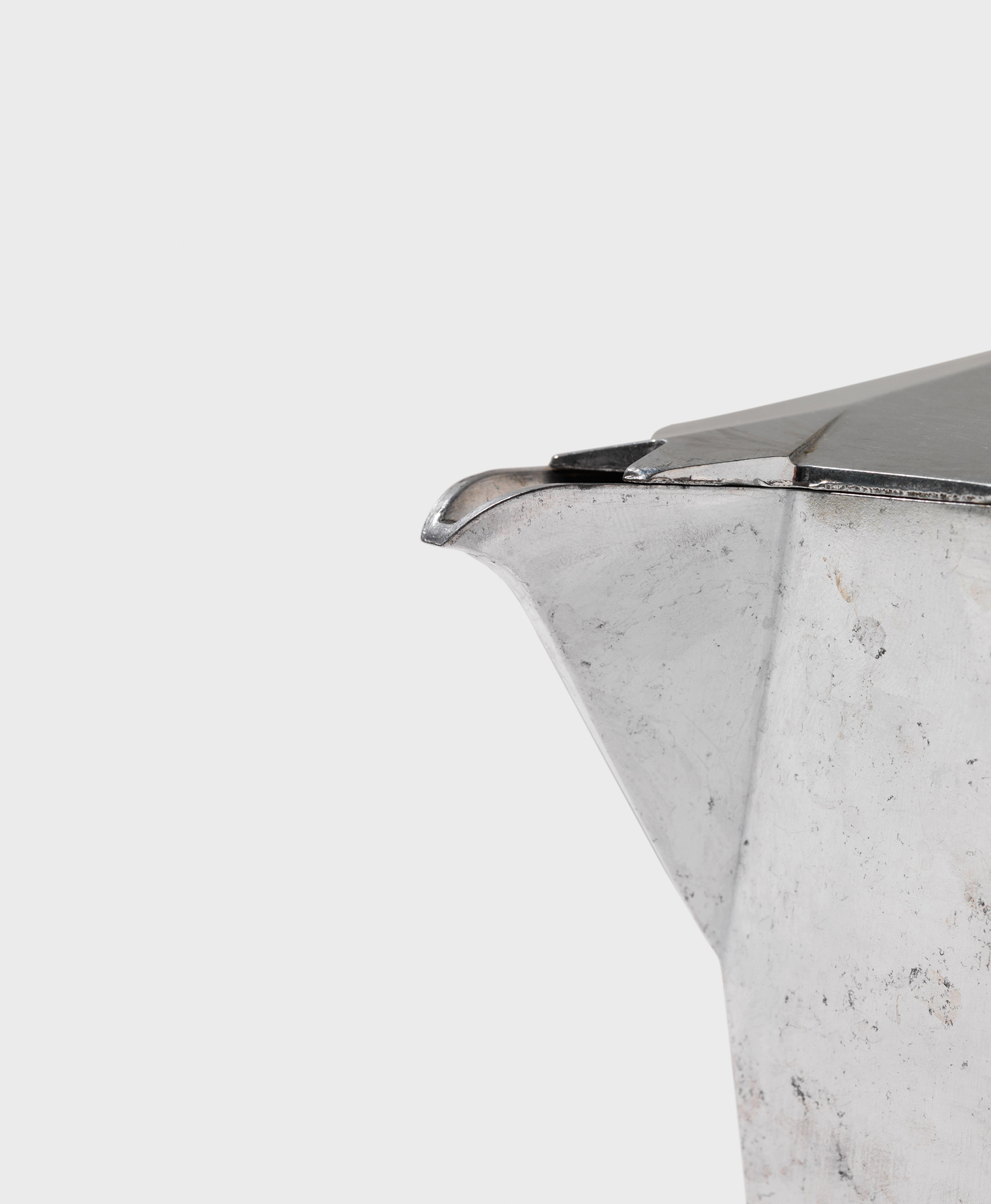 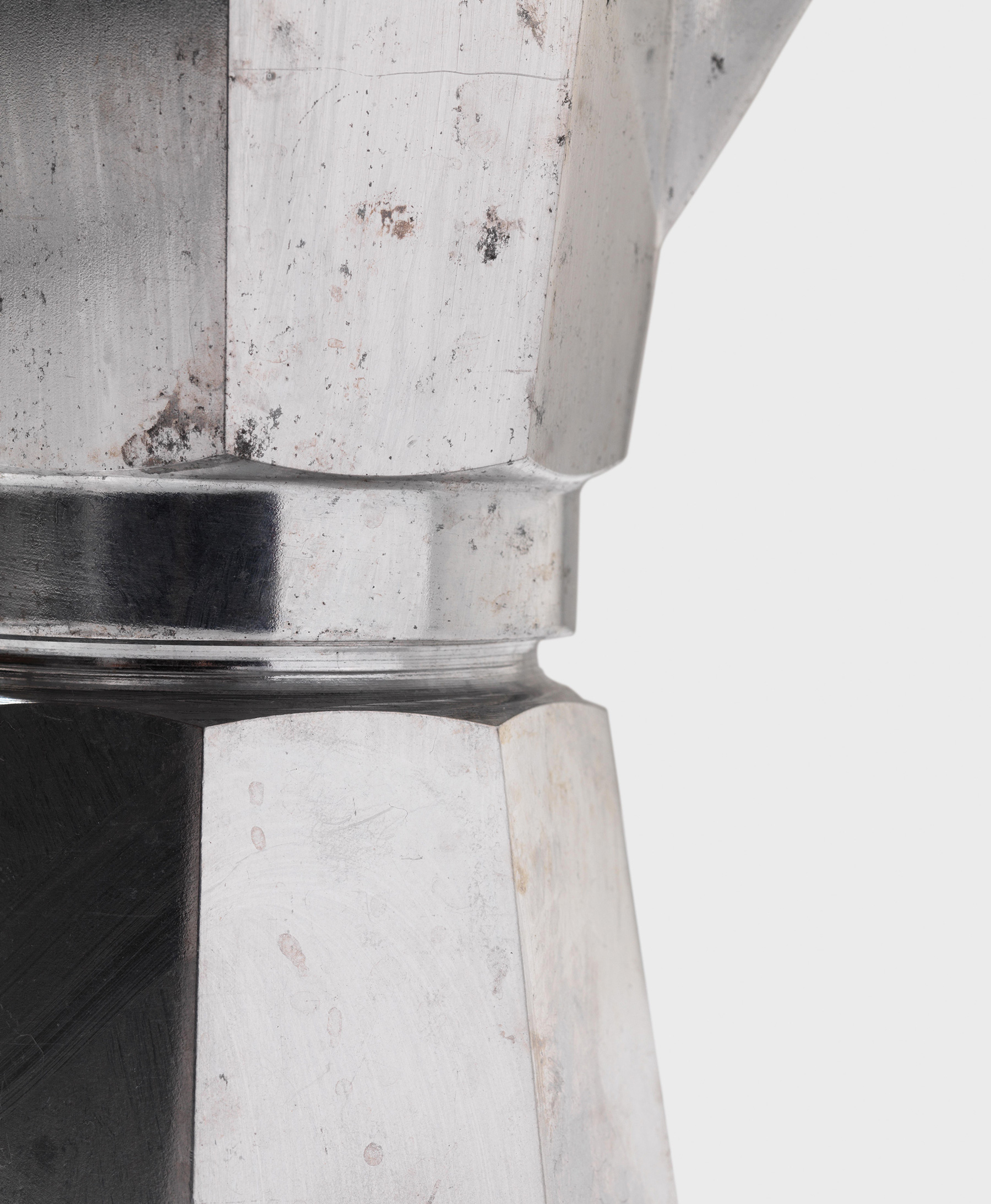 The fact that this everyday process, undertaken by millions, has been going on unchanged since 1933, when Alfonso Bialetti designed the Moka Express, is deeply reassuring. Frankly, I can hardly imagine what life was like before this point. Alfonso, who is the grandfather of the famous Italian designer and manufacturer, Alberto Alessi, had trained and worked in the aluminium industry in Paris, before going back home to open his own metalworking shop in 1919 in Crusinallo, in the Piedmont region. Here he founded a working studio for design and production, that was later to become the Bialetti company. After first creating a number of aluminium products for the home, he started to look at the coffee pot typology, of which there were a few designs by his contemporaries that he took inspiration from, as well as, reportedly, an early washing machine that consisted of a boiler base with a tub above. The resulting design, the Moka Express, is a brilliantly balanced piece, with both hard lines created by the octagonal shape and some subtle curves on the spout and the handle. It has been called distinctively Art Deco, and Alfonso may well have taken some inspiration from his time in Paris, but I think there is something about how it looks, and how it feels in the hands, that makes it transcend prescriptive design styles. It has the innate quality of things that work exceptionally well; it is after all a machine – it is sometimes known in Italy as "la macchinetta" - "the little machine". The use of aluminium for the design was relatively new at the time, it was not a material traditionally used for home objects, but would some come to be. The blend of clever design, new materials and wonderfully simple technology, made the Moka Express something of a hit when it launched. 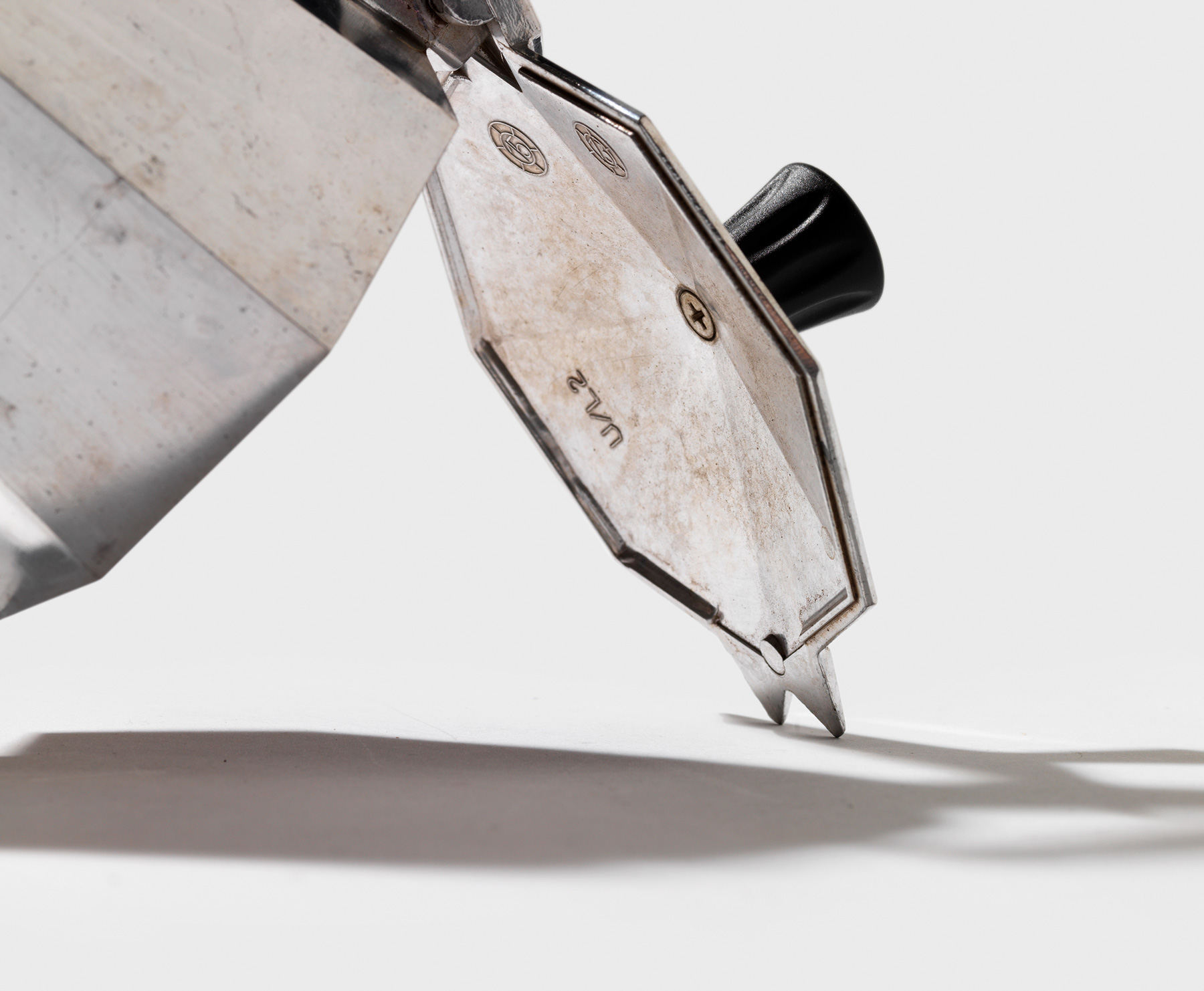 However, as with many of the designs in this series, the Moka Express would probably not have become such a recognisable design classic were it not for a particular mixture of circumstance and social-economic conditions. In the pre-War period from 1934 - 1940, Alfonso was only marketing and selling the Moka Express locally, in Piedmont, and sold around 70 thousand units. During World War II, both coffee and aluminium prices rose prohibitively, effectively stopping production. It was only after the war, when Renato, Alfonso's son, took over the Bialetti company and rationalised the production line to one single product: the Moka Express, that things really started to take off. Renato also undertook an extensive national marketing campaign, which was on television, billboards and even involved the creation of a giant statue of a Moka Express being erected in Milan. 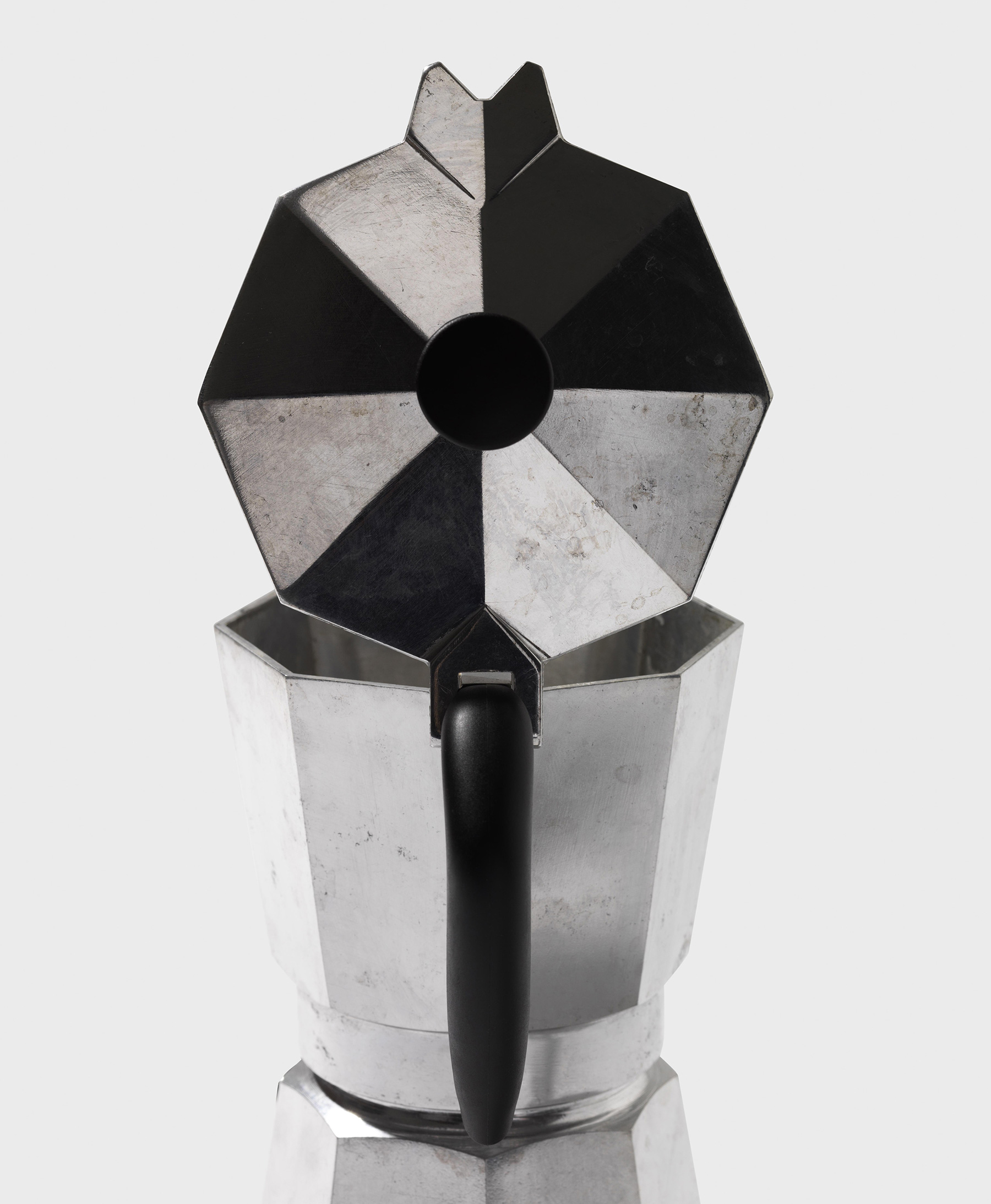 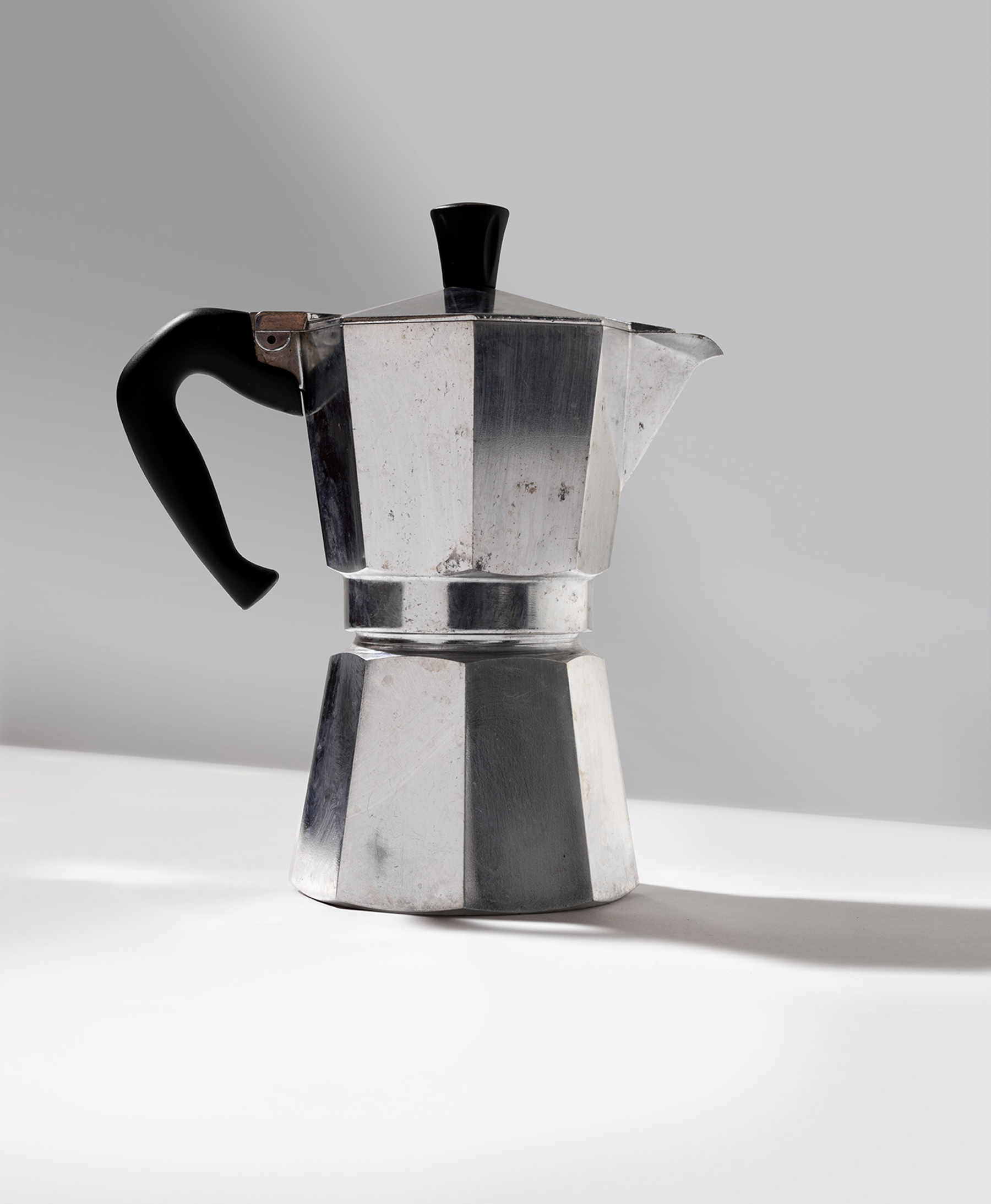