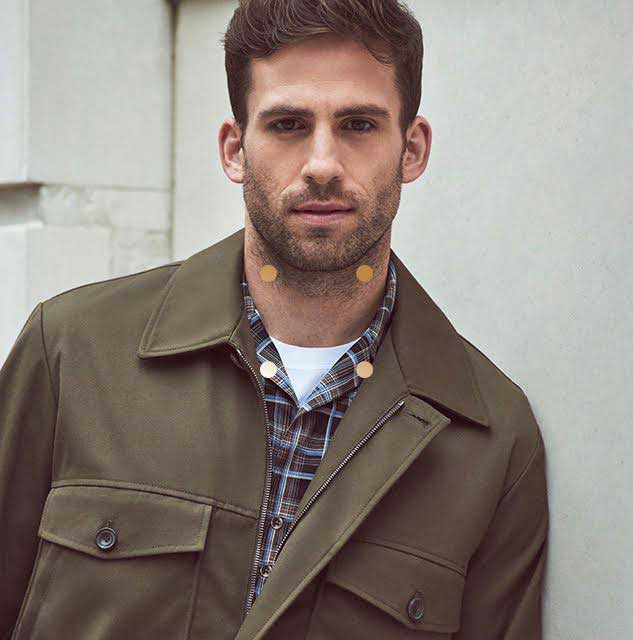 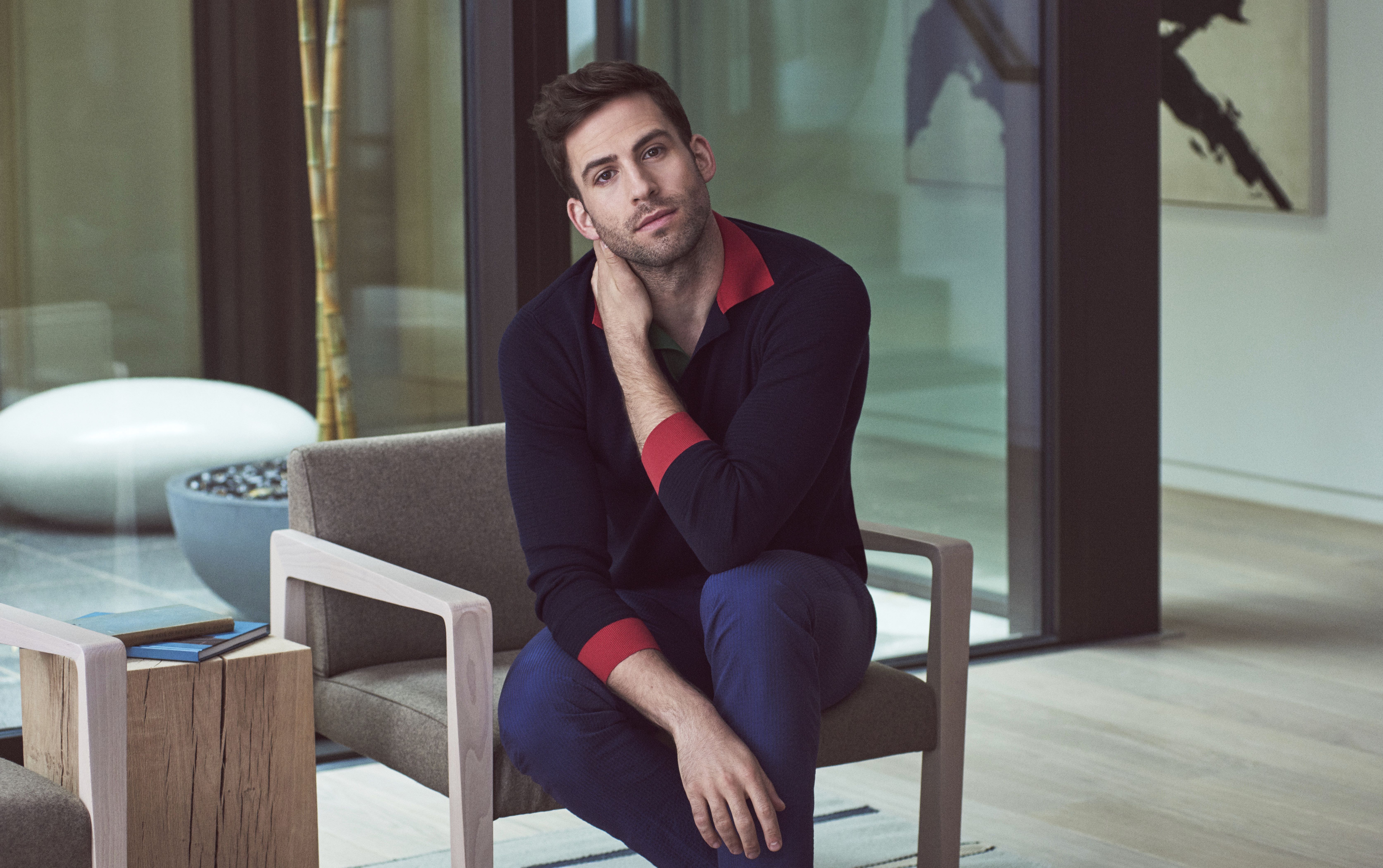 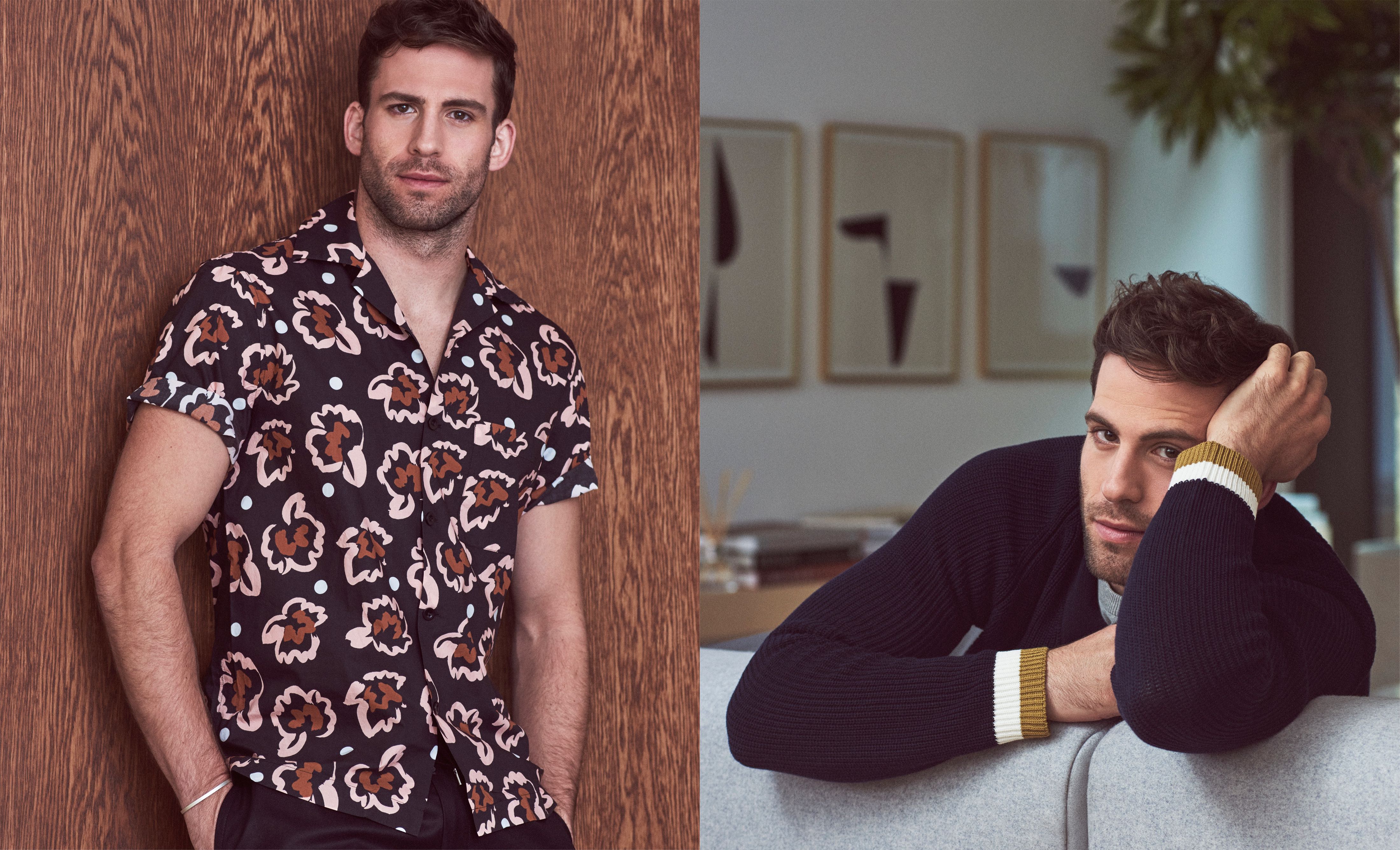 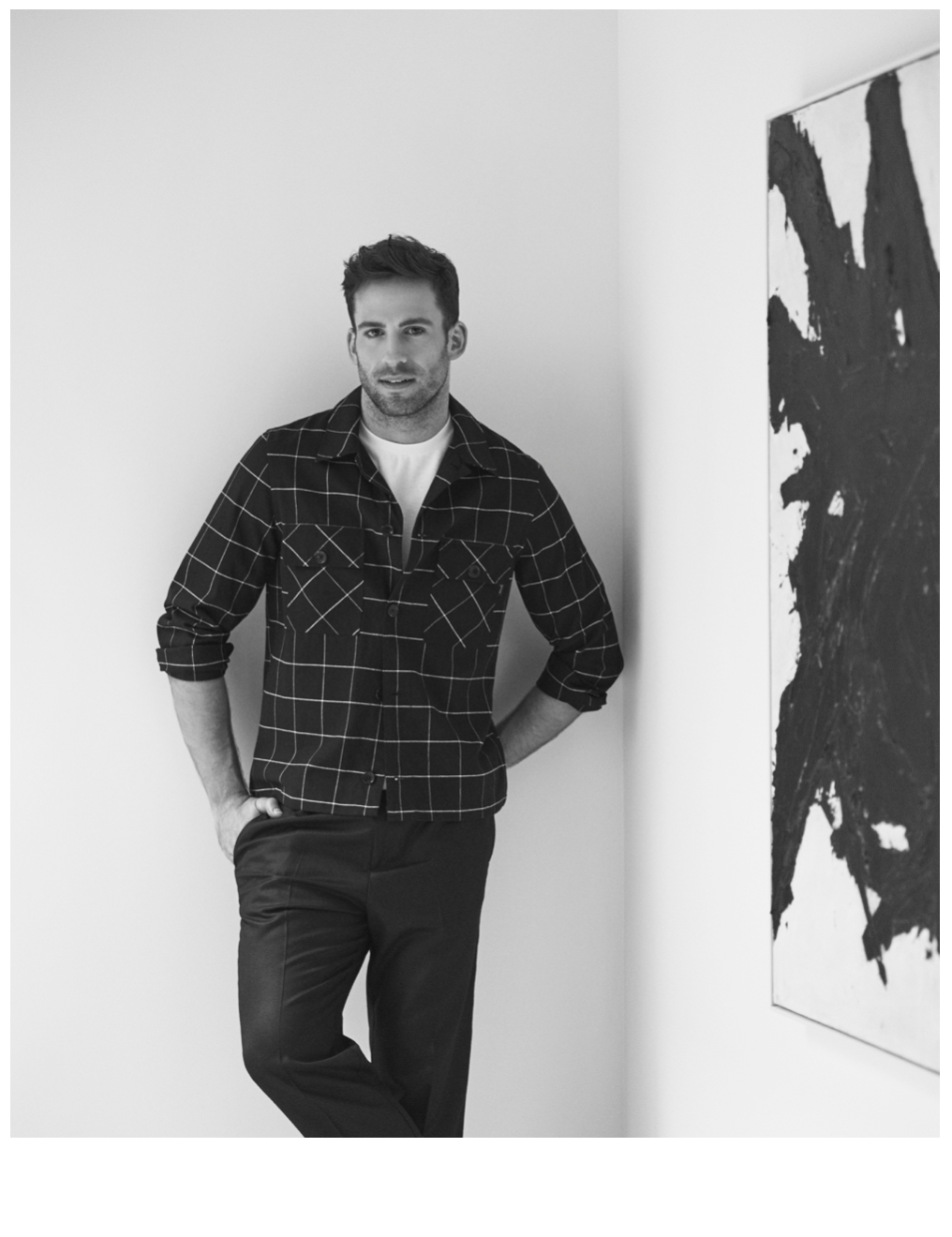 I hadn’t thought I was much interested in ketosis — the process, Dino Fetscher explains, of eating foods that persuade your body to burn fat. But Fetscher’s eager to explain how much better he’s been feeling since he’s been following its principles, and his enthusiasm for the subject won me over. And, as I soon realised, it’s that enthusiasm (about many things) that keeps him in such fine form.

Five years out of drama school, Fetscher has already compiled an impressive resumé. His breakout role came in Russell T Davies’ Cucumber and Banana, two interlinked dramas exploring gay life in the twenty-first century. Nowadays, he’s busy travelling through time; starring as a synthetic in an alternate version of today in the sci-fi drama Humans; featuring alongside Suranne Jones in Gentleman Jack, based on the true story of nineteenth-century industrialist, diarist and groundbreaking lesbian, Anne Lister; and reuniting with Davies for Years and Years, a new six-part drama which chronicles the story of a Manchester family, starting from the present-day and going forward 15 years into the future.

Trisha D'Hoker: So how did it all begin? I know you’re originally from Wales.
Dino Fetscher: Yes, I’m from Cardiff (broad Welsh accent). My Mum’s German though, from Bavaria and my dad is half Welsh/half Basque. I’m learning German at the moment — which, sadly, I didn’t learn from my mum. I would love to be able to connect with that part of my heritage, and maybe even one day work in Germany. But yes, my parents met on a beach in San Sebastian.

TDH: Very romantic!
DF: Yes — at least it was until the divorce! I have an older brother, and my dad has since remarried, so I also have two younger half-brothers and a half-sister. My sister just moved to London recently. She’s 19 and is at UCL doing natural sciences, and she loves it. She’s a really good girl. I’ll ask her, “What are you doing tonight?” thinking she’s going out. And she’ll say, “I’m revising!” She’s got all these charts and notes. And oh, I just love her, ‘cause I’m a bit of a geek too. We will go to exhibitions together, and she’ll say “Did you know that?!” I just love it.

TDH: Did you go to university as well?
DF: I went to drama school in London, to the Central School of Speech and Drama.

TDH: And was that something you’d always wanted to do?
DF: Yes, always. When I was a kid, I kind of fell into it. I was kind of mental as a child — or maybe hyperactive is a better word, these days. But my mum was like, OK, you need to do something. How about drama? And I just took to it. I loved it. 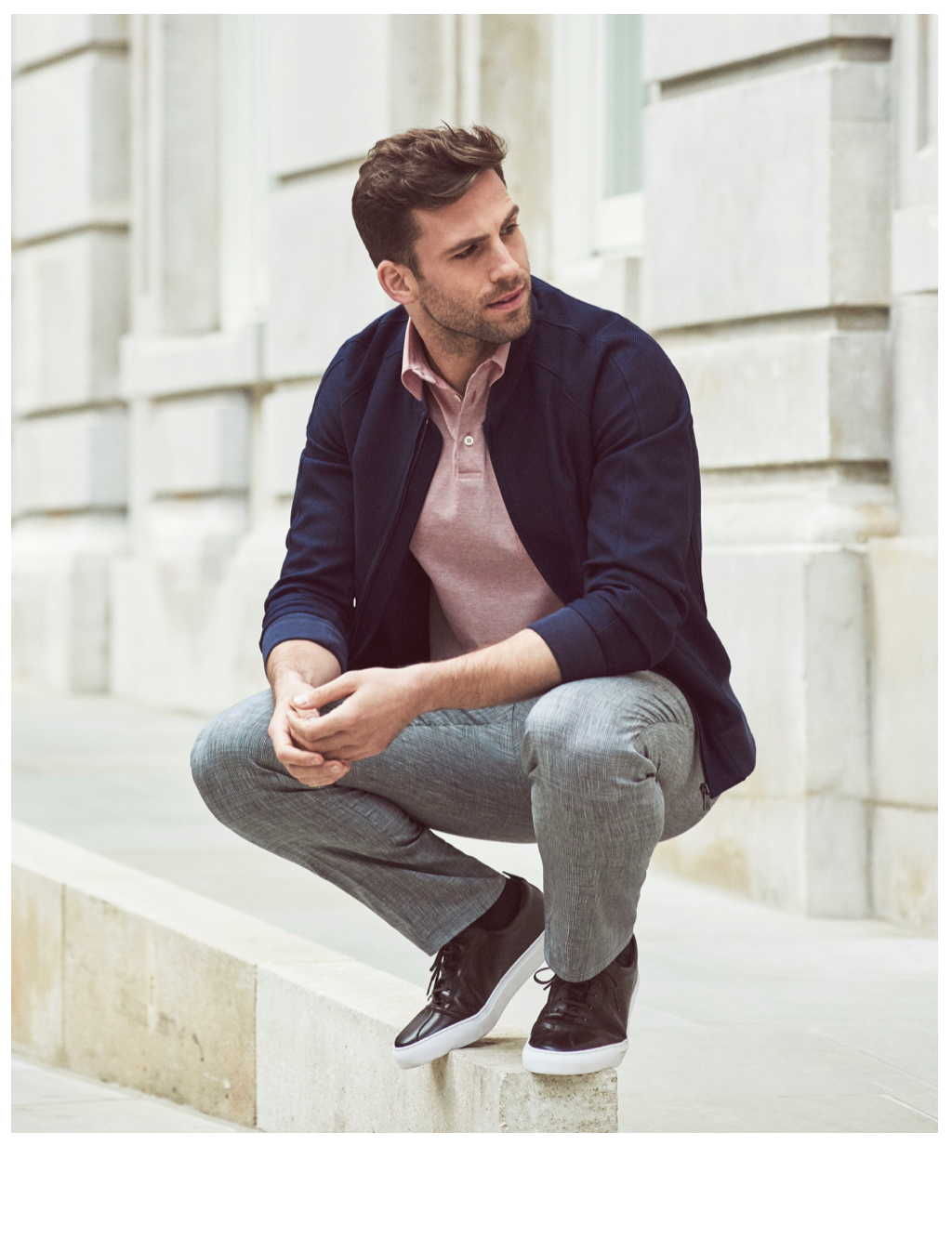 TDH: Were you one of those kids who loves to perform?
DF: I was one of those kids, performing constantly. My cousin Rihanna and I would go on these holidays with my step-mother’s mum. She would take a whole bunch of us on these barge holidays, and me and my cousin would make up these dance routines, do shows.
But I would really get into it. I would be like, ‘Come on guys, we need to rehearse now!’ and they’d be like, ‘No, we’re playing with the ducks.’ And I’d be like, ‘No! The show’s in three days!’ We’d sell tickets and have posters on the side of the boat. It was great, so yes, I’ve always been a performer!

TDH: It’s great when you can channel it.
DF: Yes, but then I stopped at around 15. I was just quite a big teenager; I was coming to terms with being gay; living in Wales, I hadn’t dealt with that at all. So I think I just kind of thought, I don’t want people to look at me.

TDH: It’s quite rare when someone that age does want people to look at them.
DF: Exactly. And it was funny, because drama wasn’t massive at my school. But when I was in Sixth Form — so 17, 18 years old — they were like, OK, we are going to do all these plays; come out and audition. I remember there was such a big part of me that really wanted to. But there was a bigger part that was saying, there’s no way in hell I’m going to do that.

TDH: And did you do it in the end?
DF: No, I didn’t do any drama for GCSE’s or A levels. I finished Sixth Form, and then I moved to Cardiff. I worked in a call centre, and in a bar; I think I was just trying to find myself. I needed to come to terms with me as a person and learn to love myself. I’d had quite a troubled time in my teens: my parents were divorced, my mum moved back to Germany for a while, there was a lot of stuff to deal with. But I worked, and that was great. I met some good people, moved in with a guy who is a good friend now, and things started to come together for me as a person. I think I needed to do that first. Because it wasn’t long before I decided, right, the only thing I’ve ever wanted to do is drama so I’m going to go for it.

TDH: A lot of people go to drama school. Why do some succeed and others don’t?
DF: I know it sounds clichéd, but I really believe it’s down to work ethic. There’s no way around it. I’ve always worked, since I was very young. I worked in my father’s pub in South Wales as a dishwasher, glass-collector, chef, barman…in that order from when I was 13! Then for that year between Sixth Form and drama school. But it’s easier to have a good work ethic when you are actually working. It’s in the spaces between jobs now that I find the most important time to hold on to this. 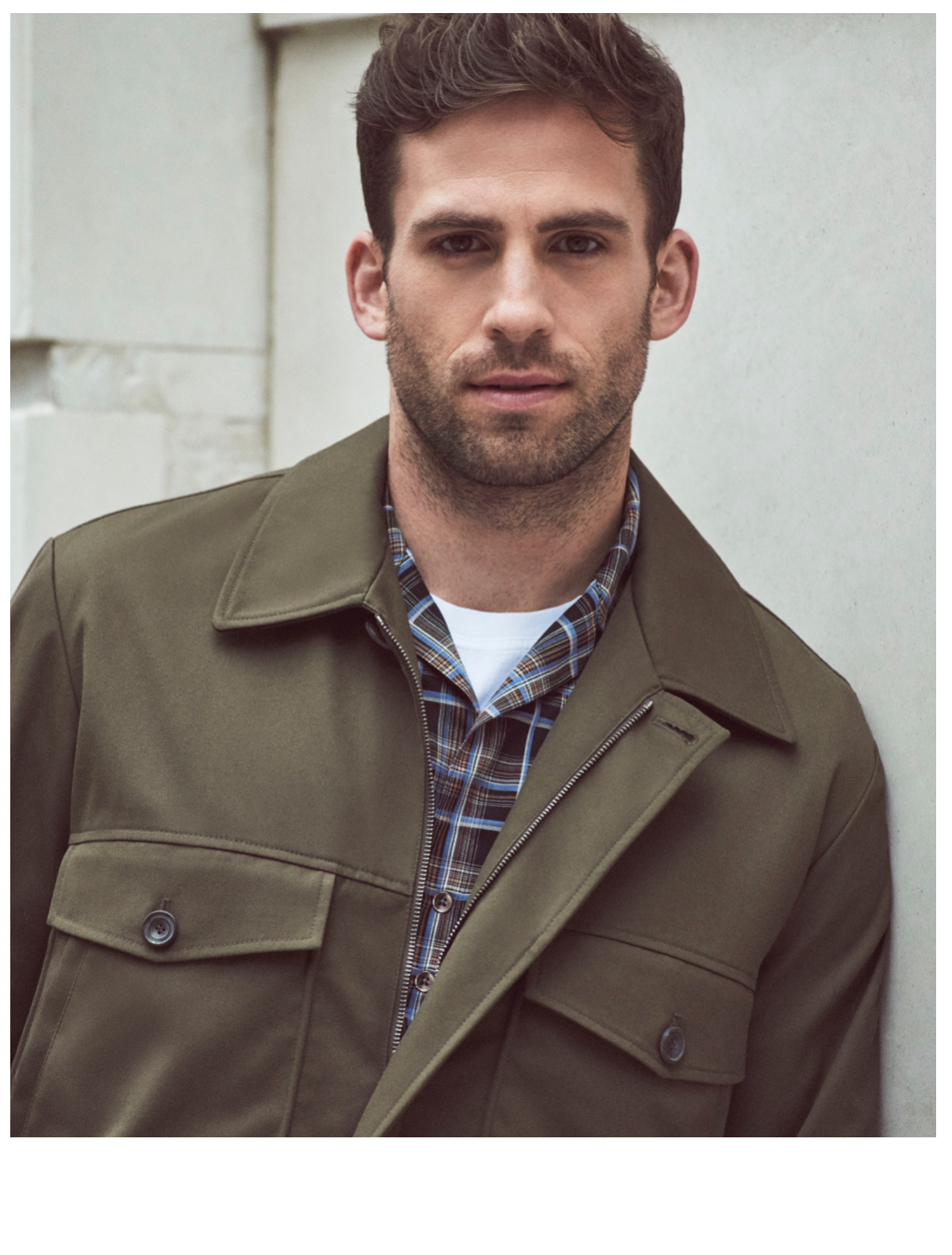 TDH: I imagine you can spiral very easily, if you don’t maintain some kind of discipline for yourself.
DF: Exactly. And I’ve seen it happen. As an actor, it’s natural to work on your body, to keep it in shape, to do reading, writing, to keep up with what’s going on. But what’s just as important is your mental health, because without that everything else will suffer. Those times in between jobs – you look at an actor’s work and think they are working all the time, but there can be a lot of time in between, and this is when doubts can take hold, and you can start to really make bad choices if you’re not careful. Depression and anxiety can fill those days and hours, if you don’t work at keeping yourself mentally healthy.
Luckily, I love learning new things. I’m currently trying to learn German, and some French; I’d love to act in different languages one day. I do yoga. I love snowboarding and meeting new people — I’ve recently been away in France snowboarding, and met a really interesting group. I think it’s being open to life in a way that you continue to learn and be engaged, wherever you are or whatever you are doing, even if it’s not directly related to work. But it takes effort, to actually enjoy the moment and not get too caught up in what’s going on around you – the highs and the lows.

TDH: Tell me about acting school. What happens there?
DF: Actually, they don’t teach you to act, it’s more about honing what you’ve already got. It’s basically 3 years in which to try things out – learning how to fail and learning about yourself. That’s what drama school really teaches you.

TDH: And you’ve done theatre as well. How does that compare?
DF: The theatre is wonderful, the rehearsals (and getting time to actually rehearse, as opposed to film); being able to play off other actors, the energy. Being able to get it right, to see what works, getting the audience feedback night after night. I think it was Sir Ian McKellen who said, “TV for money, film for fame and the theatre to act.”

TDH: You’ve been quite open about being gay from the start of your career. Was this a conscious decision?
DF: Very early on in my career, at the very beginning, I received some invaluable advice from Russell (Davies). I remember he sat me down and said it’s up to me how I handle it, but — whatever I decide — to make sure I can live with it and look at myself in the mirror every day.

TDH: Words to live by, whatever you do in life. So what’s up next for you?
DF: The first one is Gentleman Jack. It’s set in and around the 1830s, and it’s an incredible story. Not only is it about this woman who is determined to live life as she wants to, it also turns the historical drama on its head. Just wait; there’s even a bit of Fleabag to camera.

TDH: It must be an exciting time to be an actor, with so many interesting stories being told in ways we may not have seen before.
DF: The other project is another very different kind of story. Years and Years is written by Russell T. Davies. It takes what’s happening now, in the present, and then projects what it will be like going forward over the next fifteen years. It’s so interesting, but scary too! 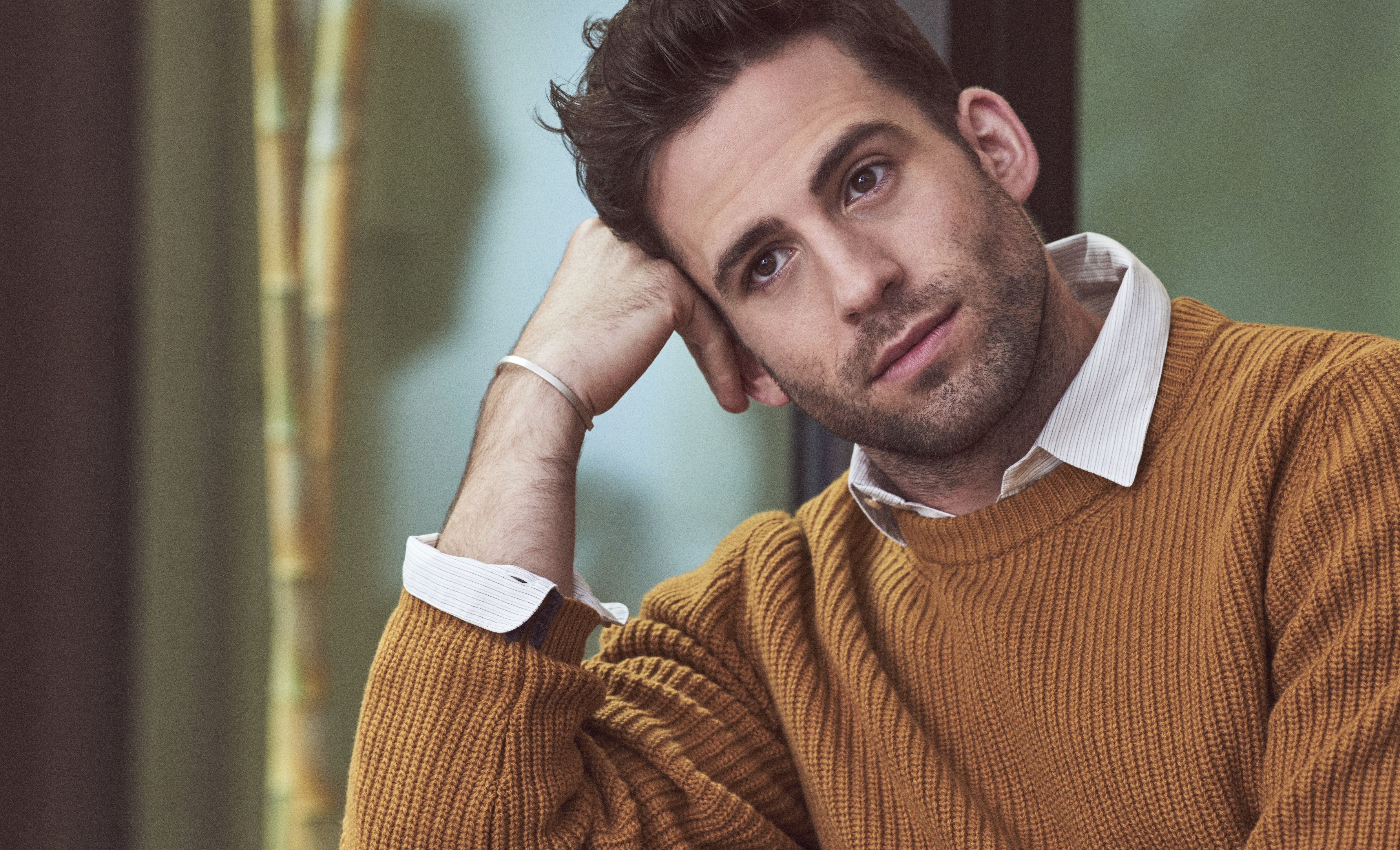 Cream cotton shirt by Glanshirt for Slowear, mustard wool-blend jumper by Paul Smith, silver barrelled cuff by Alice Made This 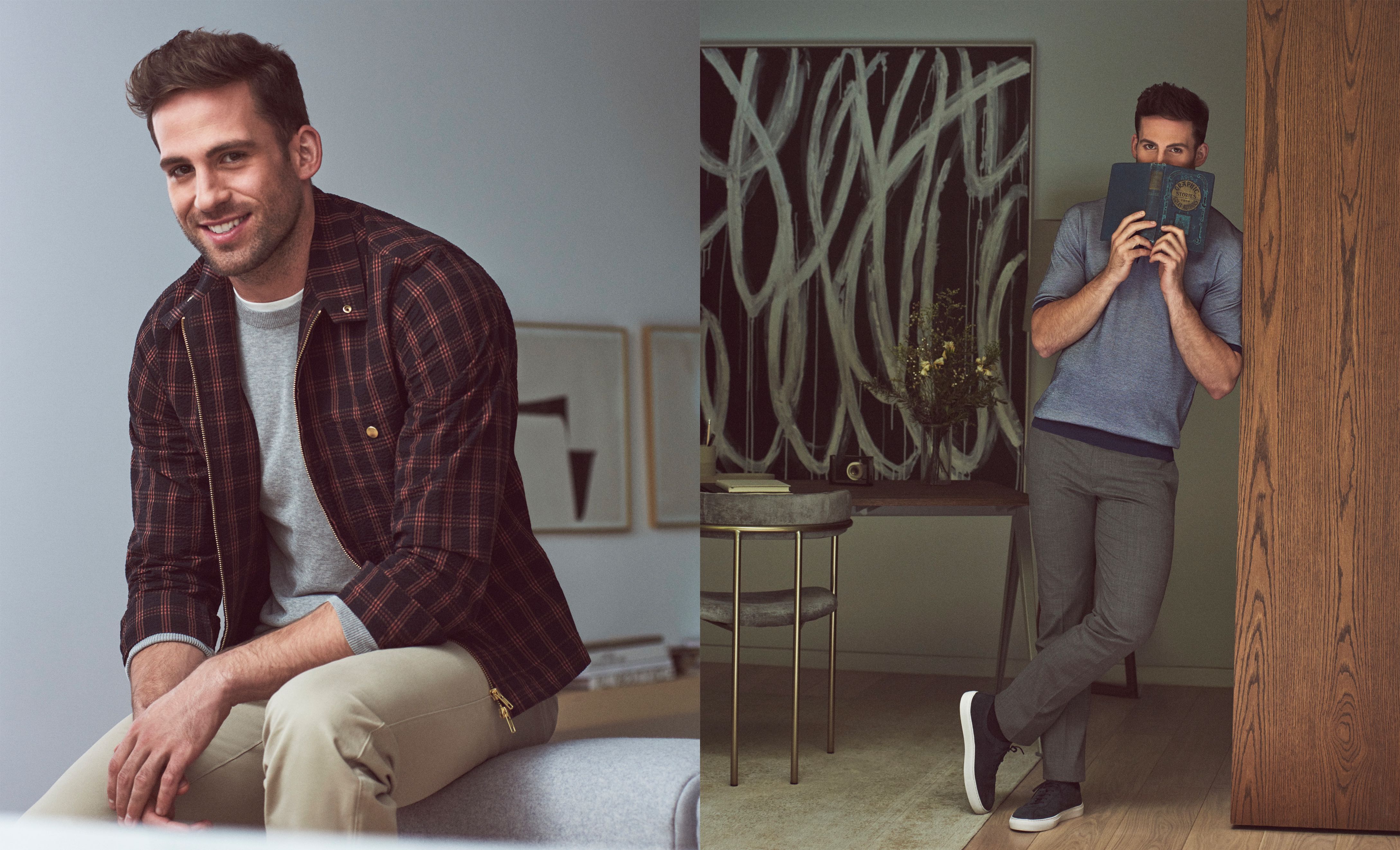 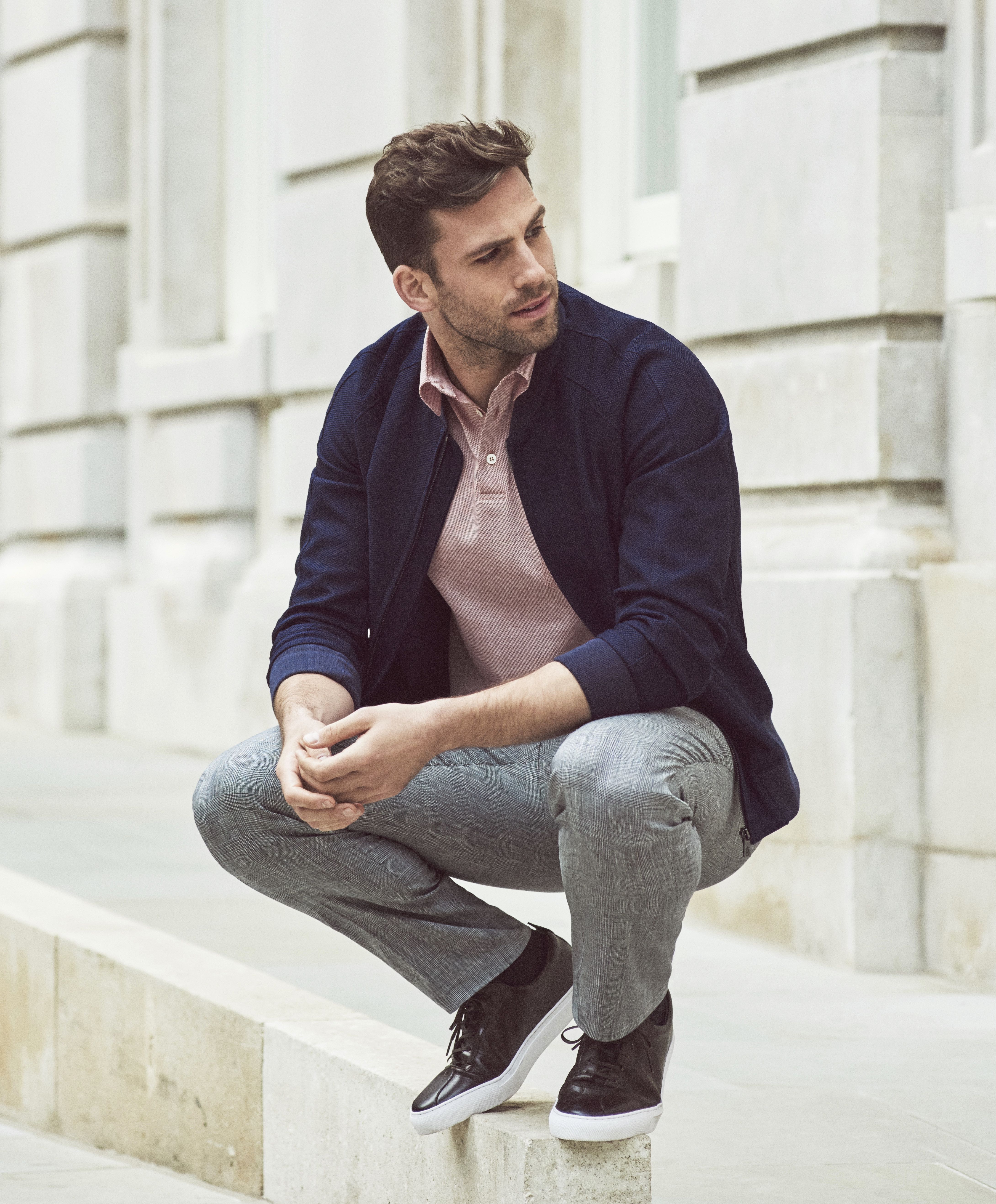