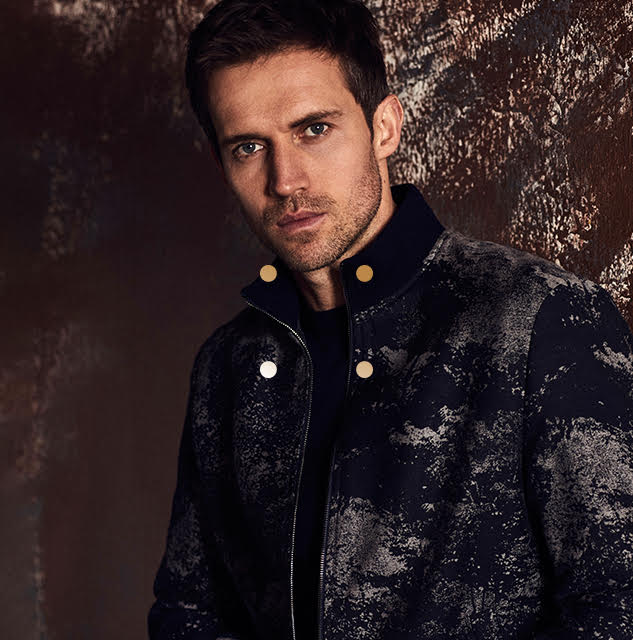 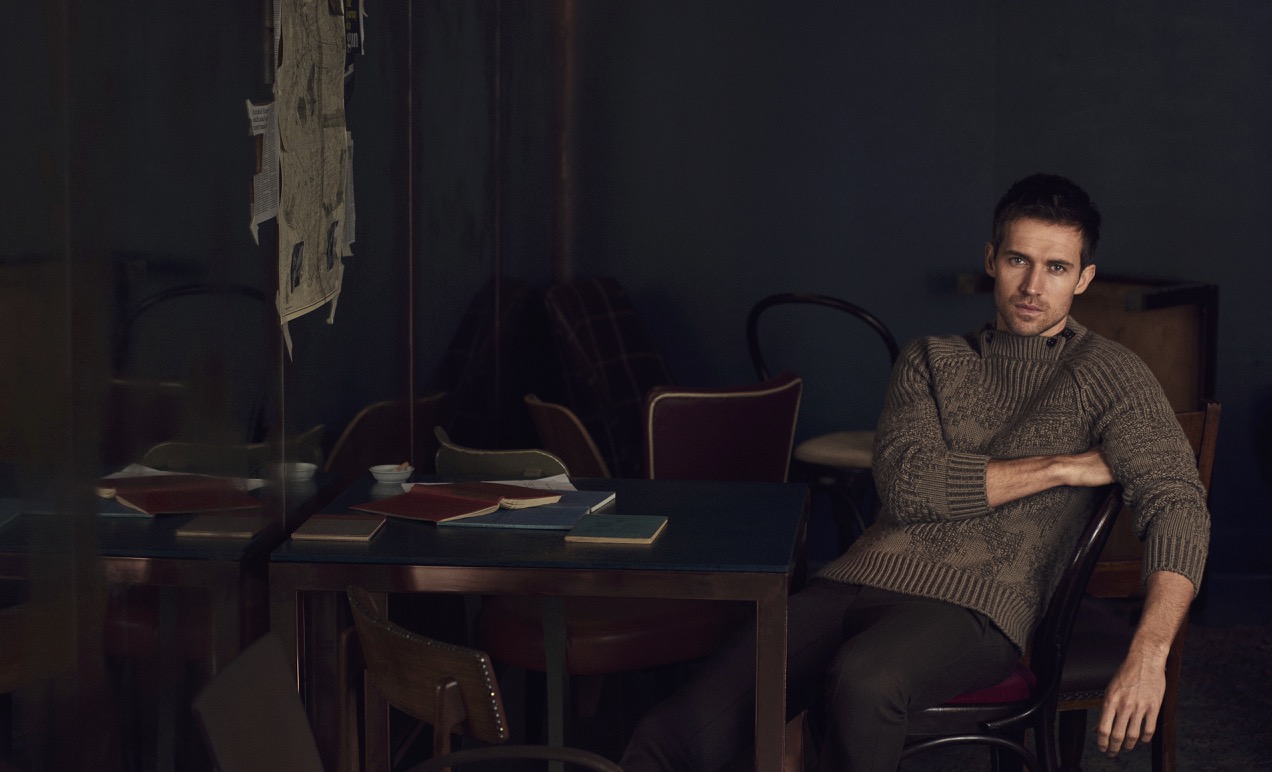 As he enters the room, Andrew Cooper appears every inch like one of the charming, handsome heroes he portrays on screen. Heroes like King Alexander in Hallmark’s new holiday movie Christmas at the Palace, a (single-parent) royal who invites a professional skater to help his daughter perfect her ice skills. It’s the kind of role Cooper seems made for. Just like Beck, the dashing aristocrat he played for three seasons in E!’s The Royals. Or Alex, the stable boy helping a newly-arrived princess adjust to palace life in Royal Hearts.

When I comment on the proportion of regal roles in his CV, Cooper is quick to assure me that they’re not in any way related – but acknowledges that he does get cast to a certain type. “All of the films I’ve worked on have been good experiences.” he offers in his defense. “If those are the kinds of roles I get, so be it. Christmas at the Palace was shot earlier this year in Romania. We had a great time; lots of playing cards, laughing, good people.”

And in the interests of fairness, his CV also includes everything from playing a vet in Citizen Khan to a ninja in Canal+ drama The Way (a role which cost him a broken nose – a far-from-ideal scenario for one of the most successful male models in the business.)
But acting was something Cooper had always wanted to do. Ten years ago, he enrolled in drama school, eager to learn the craft. Instead, the first thing he learned about was himself. “I wasn’t expecting that!” he laughs. “But I did learn a lot.” He also learned it was helpful that acting wasn’t his only (or even his highest) priority. Cooper’s career has never followed a conventional path, but he’s been around for a long time and he’s been busy every step of the way. 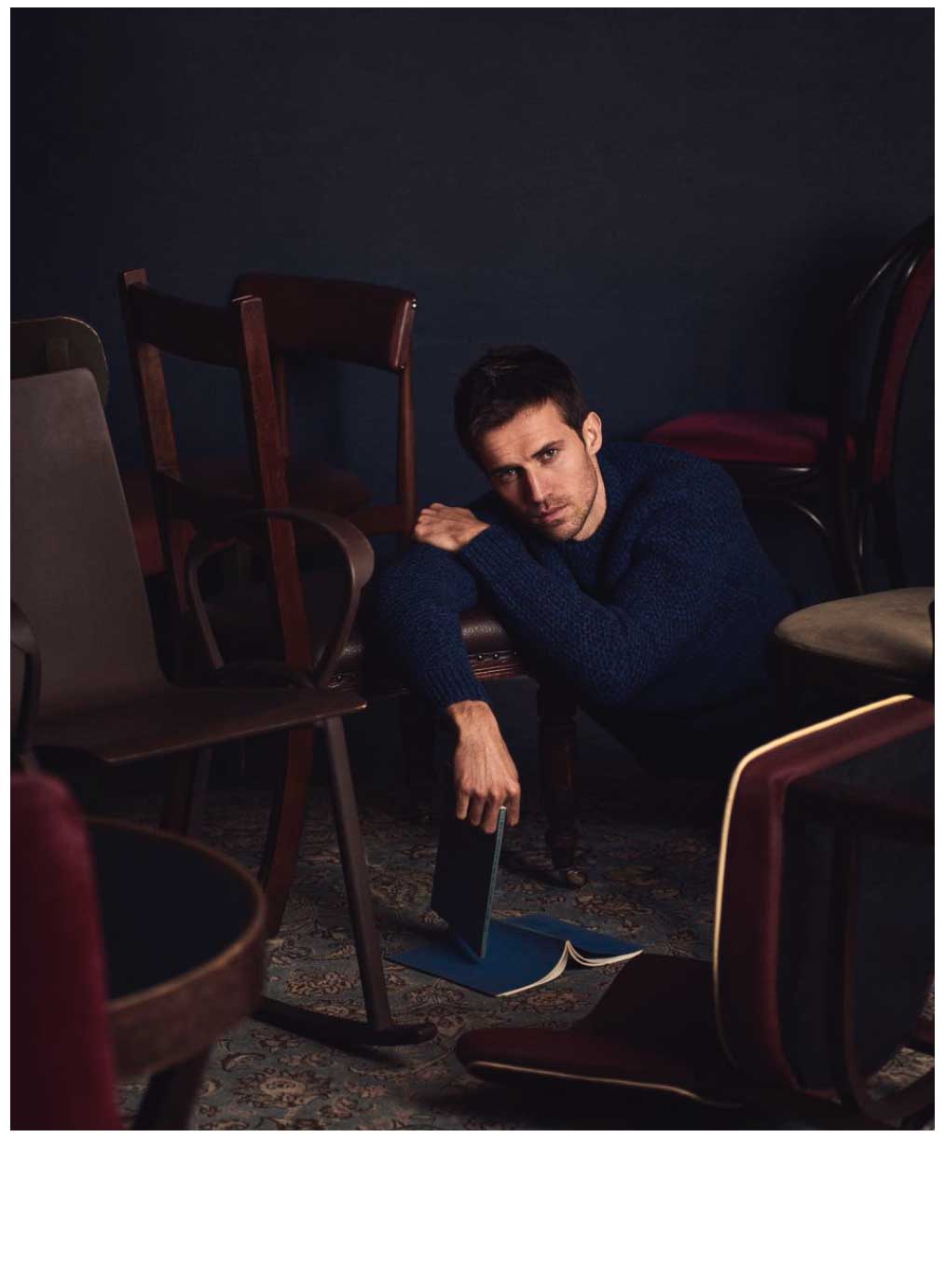 Whatever career plans he might originally have had, Cooper’s life took a sharp detour when he began modelling at the age of 16. By then he’d moved from Manchester to London, on his own, to pursue a career in music. But before that could develop, he was scouted by a modelling agency. And he’s worked steadily ever since, notching up magazine covers for the likes of Wallpaper, L’Officiel Hommes and i-D. He’s worked with all of the top fashion brands, from Ralph Lauren and Dunhill to Hugo Boss and Armani. But his most high-profile appearance to date — and the one that made him a household name — was the Diet Coke ad Cooper shot in 2013, which saw him remove his coke-splattered shirt while mowing grass in front of a group of appreciative young women.

When I ask Cooper for a standout from his two decades of modelling, there’s no hesitation; “The travel. That was beyond anything I could have imagined, growing up. Seeing how other people lived, how they viewed things, how they ate! I was always curious and trying to learn.”

“But the other, equally special thing modelling has done for me is that I have met some incredible people. Certainly people I, a boy from Manchester, wouldn’t have met otherwise — such creative people, so far out there in how they think and how they see the world and how they create. It’s been incredible.” 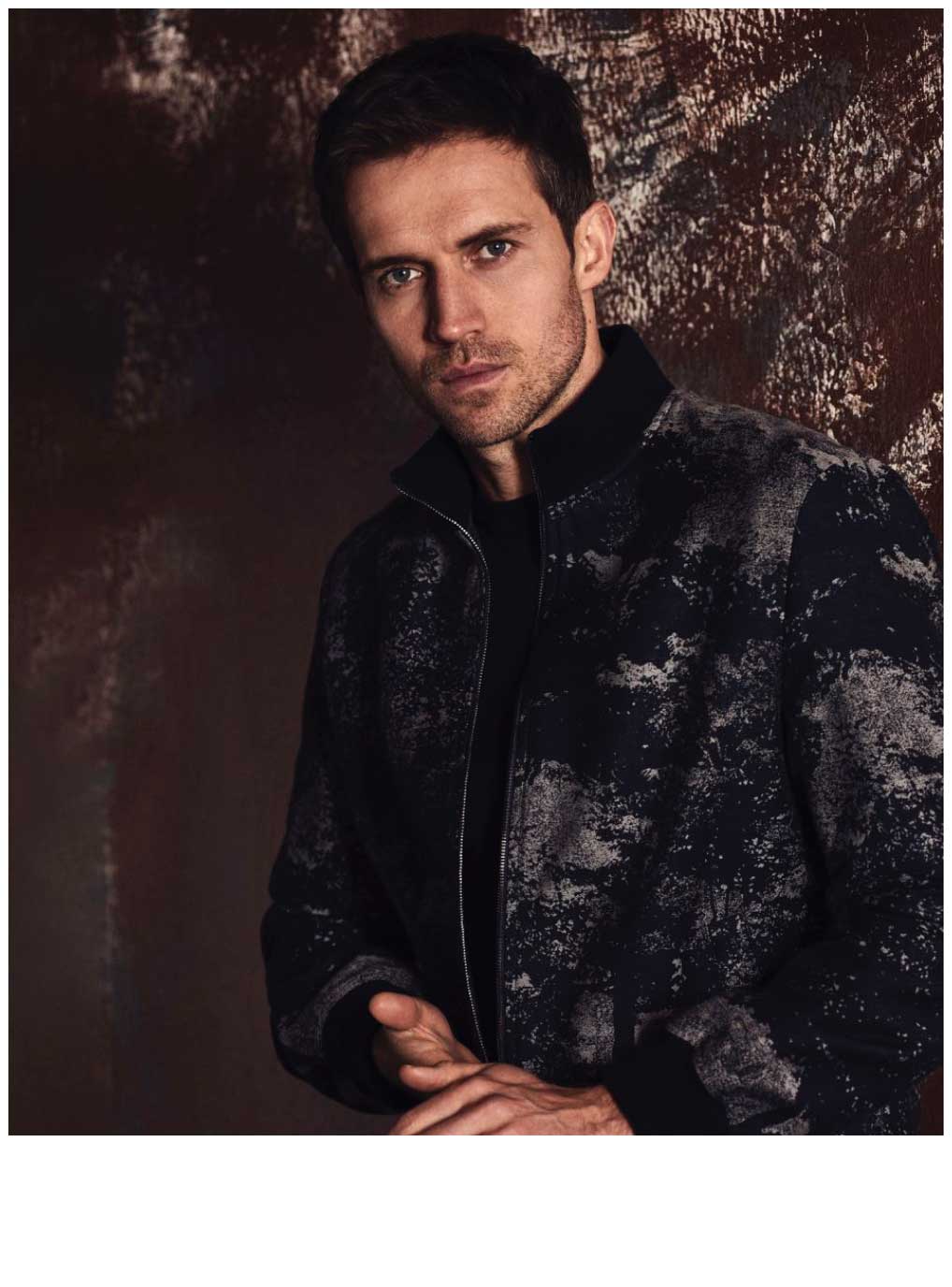 As successful as Cooper’s modelling career was, however, there was still the inevitable downtime. “With acting, when you’re not working,” he reflects, “you can be doing other things. You can be reading scripts, or writing. But with modelling, the only time you can be doing something to further your career or be earning money is when you’re in front of the camera. So that off-time is totally unproductive.”

At 21, looking to do something to fill in this off-time, Cooper and his actress wife Jane opened their first business together. The Mutz Nutz, an upmarket animal-lovers’ destination in London’s Notting Hill, combines pet products with a day spa and salon for dogs and cats. Inspired by pet stores the pair had seen abroad, it’s still running, 16 years later, bolstered by WildWash — a natural skin and coat care range for pets. “It’s a great business to be in.” Cooper enthuses. “You get to speak with really good people, from all walks of life, just happy to chat with each other about their dogs or whatever. You wouldn’t get that in a clothes shop.”

Based around the ethos of sustainability and natural health, The Mutz Nutz became the springboard for a group of businesses dedicated to supplementing and promoting a healthier lifestyle.  Cooper had been juicing for himself since the age of 19. In his travels, he‘d observed how others were doing it much more effectively, and decided to bring back a large cold press from the United States. The couple, with two small children by then, had already moved up to a fruit farm in Cheshire — “I had tractors, diggers, the whole thing!” he laughs. From there, he started to experiment, making batches of juice for friends and family, keeping the produce and nutrients as close to their natural state as possible. Driving around the countryside delivering his juices, Cooper found himself feeling like a milkman — hence the company name, Juiceman. The brand began with making hand-picked, hand-made and hand-bottled juices, but has since gone on to include much more. It is now widely available with high profile devotees like Helena Christensen and Cooper’s The Royals co-star Elizabeth Hurley.

Through this process, he became acutely conscious of his responsibility as the producer of a trusted brand. He’s concerned that it be as environmentally friendly and sustainable as possible, making the most of everything and aiming to achieve a zero-waste process.  One of the things that interested him from the outset, for example, was what to do with the leftover pulp. “There was so much of it produced.” he explains. “And pulp is full of nutrients and fibre. So why not use it?” In 2016 Cooper published Juice Manifesto, a book full of recipes and ideas for using the pulp. And his search for more sustainable solutions continues — such as the possibility of distributing the product through dedicated shops, where they would be better able to make use of recyclable or bring-your-own containers.

This dedication to making a difference has, of course, been sharpened by having his own family. Cooper admits that both he and his wife lead incredibly busy, active lives, and in doing so are setting an example for their kids, currently 9 and 11. “Their lives are also very full,” he reflects. “Much busier than ours was at that age. But they seem to be coping and adapting very well.”

Wrapping up, we talk about how the attitudes towards how we live have changed so much over the last few decades and about the importance of working hard and doing your best — something that has clearly helped Cooper throughout his life. Along the way, he’s acquired the knowledge he’s needed in order to manage a modelling career, start several successful businesses, run a fruit farm and study drama (not to mention doing one of the most learn-on-the-spot jobs there is, being a parent!) “Thinking about it now," he confesses, “I’ve probably done too many things over the years and would have benefitted from doing less. And I definitely need more sleep!” 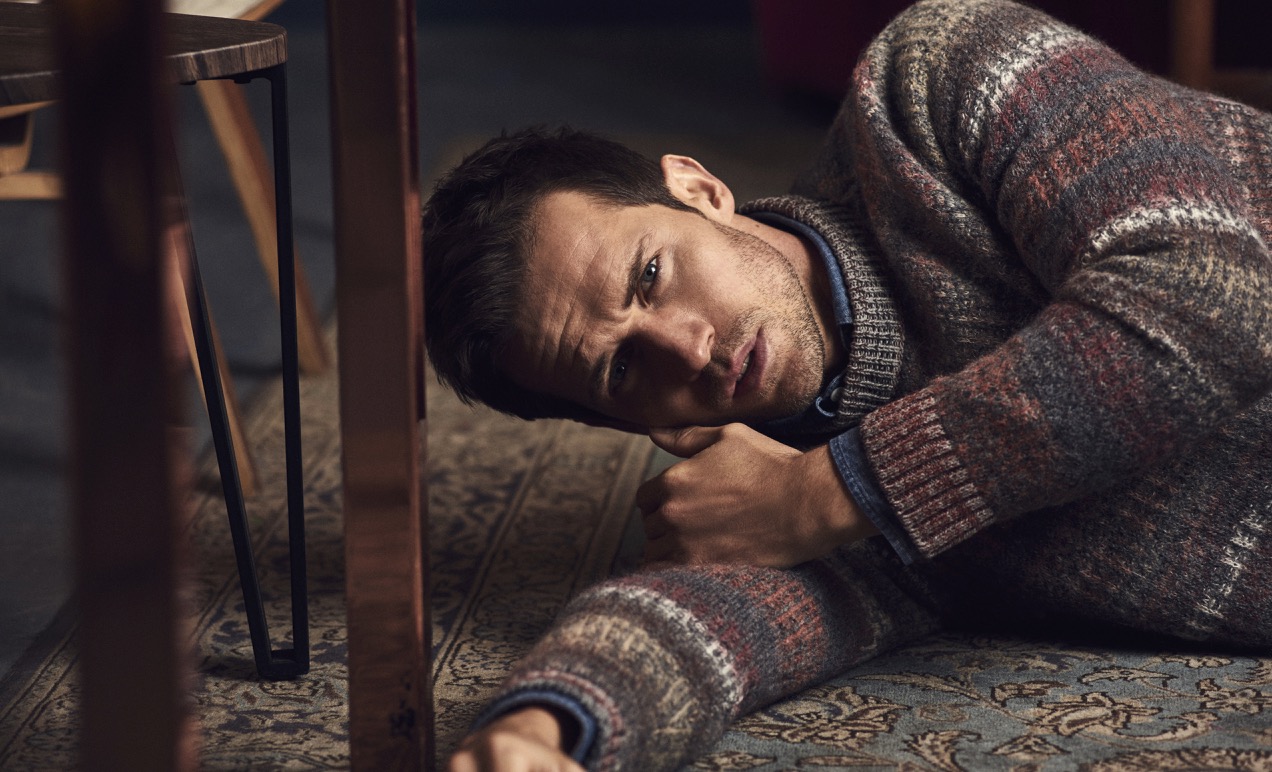 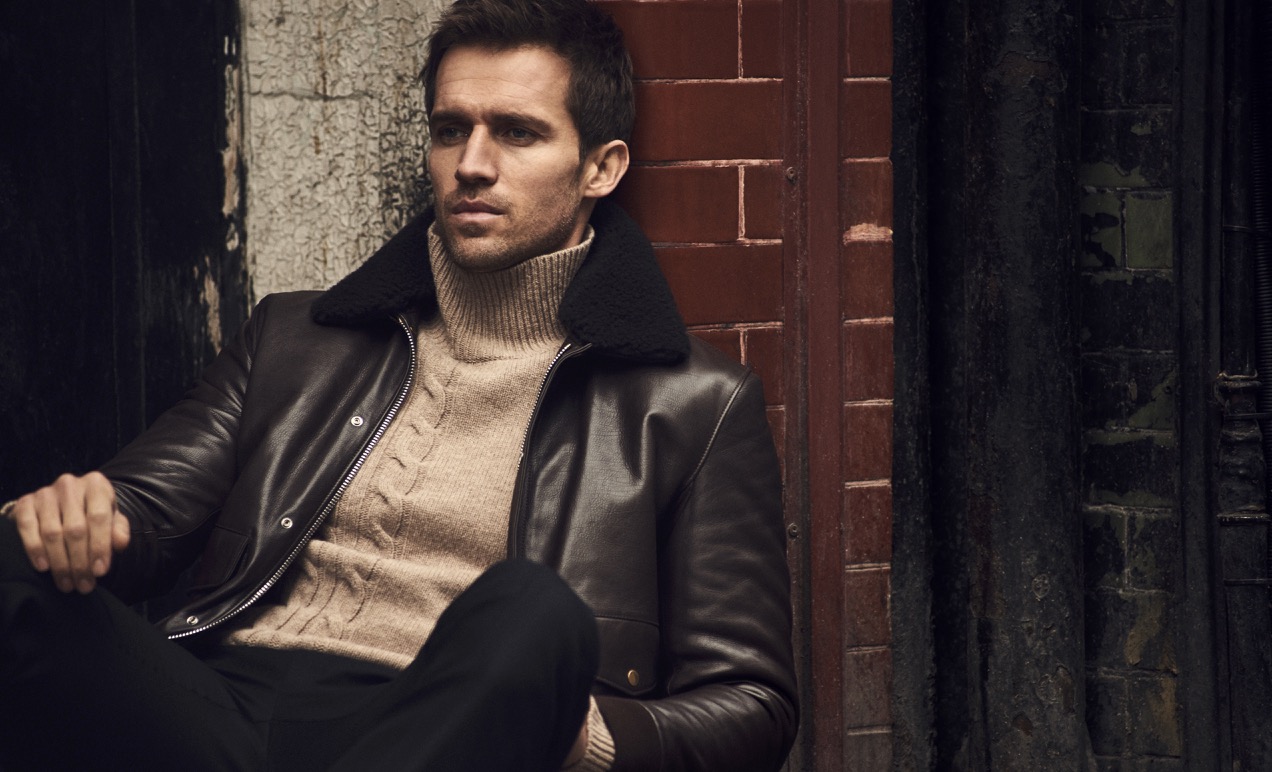 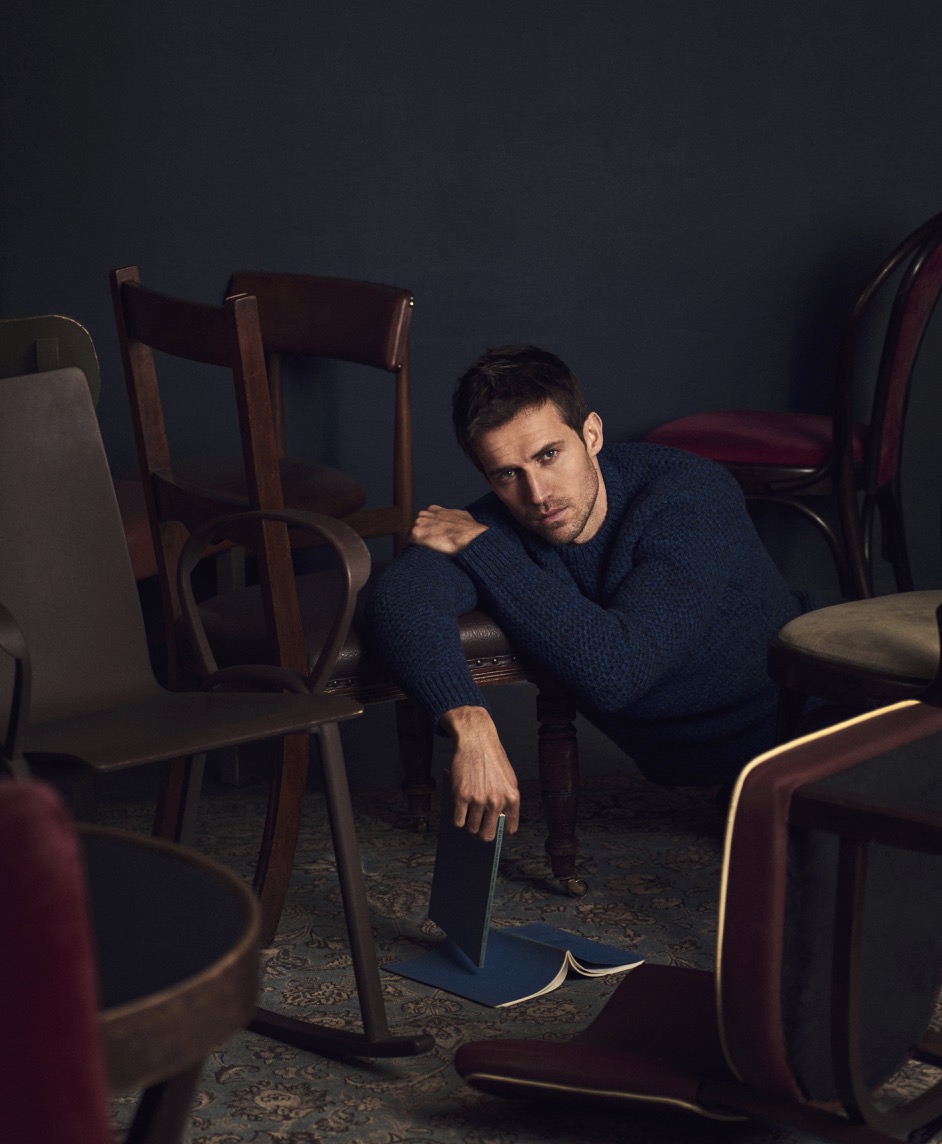